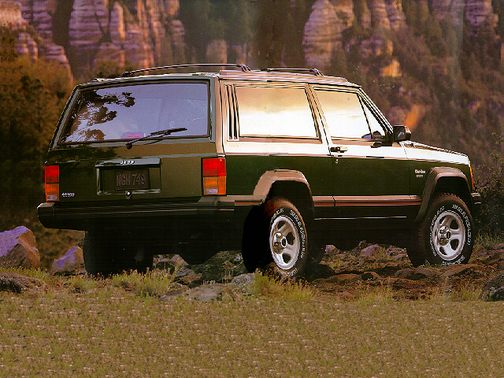 Our 1997 Jeep Cherokee trim comparison will help you decide.

When it made its debut in 1984, the Jeep Cherokee was in a class by itself. It was the only four-door sport utility vehicle.

Fast forward to 1997 and the Cherokee is surrounded by usurpers to the throne. But one drive in a 1997 Cherokee will convince you that the others are merely traveling a well-worn path.

Still, even a pioneer needs a new set of duds now and then. For 1997, Chrysler has shed some of the gremlins built into the vehicle by Jeep’s former owner, AMC. That means a smoother one-piece grille up front and rounded-off front quarter panels. The vent windows have been banished to the scrap heap of history. The back end gets a new look as well, giving it a family resemblance to its bigger sibling, the Grand Cherokee.

Unless you own one, you’ll be hard-pressed to spot the exterior changes. Instead, take a peek inside.

Here, where a square dash once faced the driver, a new contemporary dash resides, with fewer sharp corners. That 1976-era interior is gone.

The center of the dash, housing radio and climate controls, now bulges forward in a manner more akin to the Jeep Wrangler. The door trim gracefully resembles the Grand Cherokee, as does the center console. The dash also gets a passenger-side air bag, which joins the driver’s side air bag added in 1995.

Only a current owner would appreciate other changes, such as an improved ventilation system, new electrical systems, and improvements to overall refinement.

Chrysler also claims to have upped build quality, although the test vehicle had a non-functioning CD player and a center console that never latched as tightly as it should have. But there were no squeaks and rattles, and otherwise this Jeep performed superbly.

Thank the gutsy 4.0-liter in-line six-cylinder engine for that. This power plant delivers 190 horsepower and 225 foot-pounds of torque. This optional engine is a far better choice than the standard 2.5-liter four-cylinder engine — 125 horsepower isn’t enough for this rig.

What makes this old vet so appealing is that, despite the leather seating surfaces, you never forget this is a truck. That honest character is evident from the engine’s roar to the truck-like ride. You won’t forget that this is a JEEP.

Yet there’s enough civility and manners to make it tolerable. The numb steering is relatively quick. Combined with the Cherokee’s compact size, that makes this vehicle a fun one to scoot around town in. You never feel like you’re in a bus or van.

It only sounds that way. The Cherokee isn’t the quietest in its class, either, but again, this gives the vehicle character, setting it apart from its overly mannered competitors. This is a truck.

The spare tire eats up some cargo space and there’s no cargo cover. But there is sufficient space for most hauling chores. The rear seat folds to accommodate long cargo, but it’s a one-piece unit, not split.

The Cherokee gets points not only f or having a muscular drive train and feel, but a price tag that’s closer to terra firma.

There are three trim levels: bottom-level SE, mid-level Sport and top-notch Country. SE and Sport are available in both two- and four-door models. A 2WD two-door SE starts at slightly less than $16,000. The cheapest 4WD four-door starts at $18,375. The test vehicle was a four-door, 4WD Country with a base price of $23,420. That’s a lot less than most competing models for a real 4WD vehicle that will get you through anything at any time.

Best car I have ever owned. Hands down! I am at 186,000 miles and have never had any major repairs, just your normal wear and tear. A radiator a few years ago and that’s about it. I love that it’s a manual transmission and that it has four-wheel-drive. I bought this car when I moved to Idaho in 2008. Every time it snows my four-wheel-drive is my best friend. Weekly I get asked if I’m willing to sell this car. The young people love it! The only downside for me was that it was two door which most people love but it was really hard to get my kids in and out of when they were little. But now it’s just me driving it and it’s just about perfect!

March 10, 2022
By Max from Livingston Montana
Owns this car

I've owned many xj's over the years and the 97 has always been my favorite. Being the first year of the redesign with all the best from all the previous combined with a fresh interior and new body kit make it one of the most interesting of the XJ years. My current daily is a 97, I'm the 3rd owner and she's been meticulously kept with all records and just hit 170k miles. Compression between the cylinders is between 143psi and 149psi. Being a Montana car she hasn't been exposed to road salt and has literally no rust on the exterior. Under the carpet directly below the pedals is the only place I found any surface rust and that was easily cleaned up and painted before I added 204 square feet of sound deadening material. The road noise level would be my biggest complaint across all years of the xj.

I get compliments on this Jeep all the time. This is the year and type of model that Jeep people want. People loves this body style.

Rating breakdown (out of 5):
5 people out of 5 found this review helpful. Did you?
Show full review
See all 16 consumer reviews 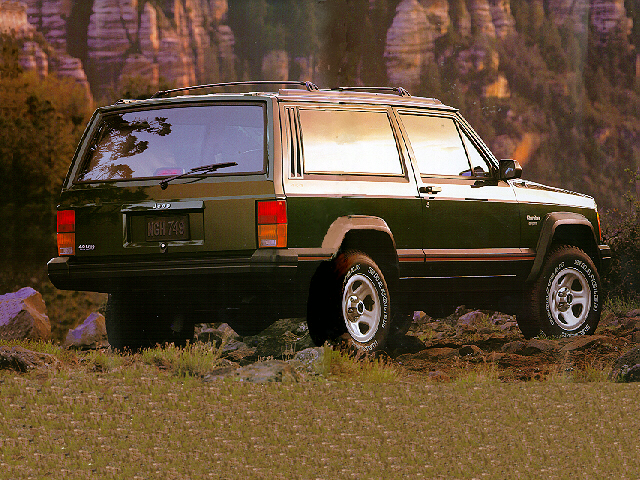 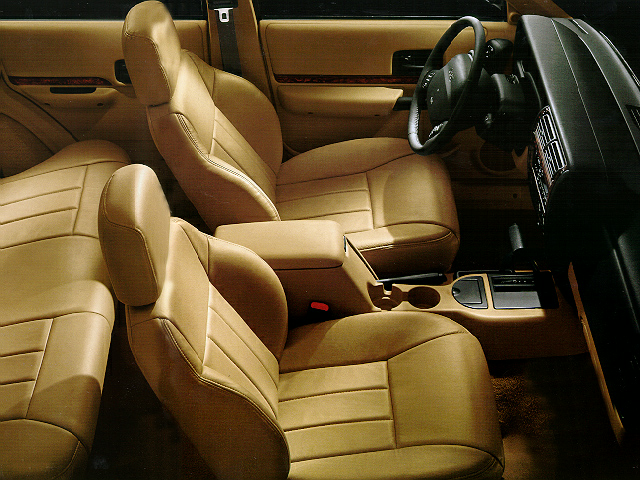