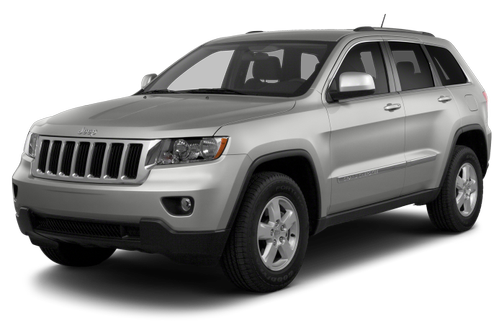 Our 2013 Jeep Grand Cherokee trim comparison will help you decide.

Editor’s note: This review was written in September 2012 about the 2012 Jeep Grand Cherokee. Little of substance has changed with this year’s model. To see what’s new for 2013, click here, or check out a side-by-side comparison of the two model years.

When I first started driving 20 years ago, I had a few classmates whose parents bought them Jeep Grand Cherokees. That was at the very beginning of this vehicle’s life, and it was quite the status symbol back then. While today’s version is masked by a pretty exterior and upscale finishes, the Grand Cherokee has sadly failed to evolve its ride quality enough to compete with others on the market. It’s lost some of its modern relevance, especially for the families among us.

When it comes to driving character, the 2012 Jeep Grand Cherokee seems to thumb its nose at most of the population, who spend more time on asphalt than they do crossing dry river beds.

In size and amenities, the Grand Cherokee competes with models like the Volvo XC90, Audi Q7 and VW Touareg. (See them compared.) Its price starts markedly lower, but higher trim levels are priced on par with these premium models. The Jeep and VW have five seats and the other two offer seven in three rows.

EXTERIOR
The Grand Cherokee’s exterior is refined, even upscale-looking, while still sporting definite Jeep characteristics. It has traditional Jeep lines that have been slightly smoothed out to appeal to a more upscale buyer.

The 20-inch step-in height of the doorsills and lack of running boards were a challenge for my kids climbing in and out of the Grand Cherokee. While they enjoyed the challenge, boasting about their mad indoor rock-climbing skills, I was cursing the car the day I opted to wear a long dress. My husband loved smirking at me as I tried to discreetly hike my dress up high enough I could step up and over the sill and into the car. I was just grateful I didn’t have any work events requiring me to sport a pencil skirt during my weeklong test drive.

FAMILY-FRIENDLY FEATURES
There’s just enough storage throughout the Grand Cherokee’s cabin to function well for families. There are in-door storage bins and bottleholders in all four doors. The kids in the back also have access to seatback storage pockets. When the center rear seat is unoccupied, the seatback folds down to become an armrest with two cupholders in it.

Storage hooks on the back of the front seats were a great spot for my daughters (ages 7, 9 and 12) to hang their kiddie-sized purses. However, grocery bags and adult-size purses hang down far enough that they rest on the floor.

The backseat passengers had plenty of lateral space and weren’t too cramped even when packed in side by side. Legroom was fine as well, at least with the driver’s seat pulled forward to accommodate my 5-foot, 3-inch stature. My daughter sitting behind the passenger seat — which was pushed back to make room for my tall husband — was a little less lucky, but not uncomfortably so.

Being that the Grand Cherokee seats a total of five, there’s plenty of space leftover for a large cargo area, 36.3 cubic feet. A power liftgate was standard on my test car, though the button to operate it from the cargo area is located on the cargo doorjamb (rather than on the door itself). This requires you to stand underneath the door to press the button, then duck and weave to get out of its way as it closes. You can also operate it via the keyfob or from the front seat.

With the rear seats folded flat, the Grand Cherokee’s cargo space expands to 68.3 cubic feet, transforming this SUV into a cargo-hauler capable of stashing huge rolls of pink insulation for my kids’ awesome (and well insulated) tree-house. This is a bit larger than the VW Touareg’s 64.0 cubic feet, but less than the maximum cargo space available when you fold the second and third rows of both the Volvo XC90 (85.1 cubic feet) and Audi Q7 (72.5 cubic feet).

The $1,495 Luxury Group II option package in my test car offered a few refined features that teased and taunted me, making me want to enjoy driving this car more than I otherwise did. The ventilated front seats worked in an instant to cool my husband and me during the summer heat. Although I didn’t get a chance to test them out, my test car’s heated front seats, heated steering wheel and heated outboard rear seats would have gotten audible cheers from the whole family on chilly fall- and winter-morning treks to school. Even more cheer-worthy was the remote start system, allowing me to start and cool (or heat) the Grand Cherokee before even setting foot in it.

BEHIND THE WHEEL
The Jeep Grand Cherokee’s cabin was initially a positive experience, chock-full of premium, even luxurious, features. Driving it, however, was when my initial enthusiasm deflated quicker than a latex helium balloon on a cold day.

The ride quality and height are adjustable with the optional Quadra-Trac II four-wheel-drive system with which my test car came equipped. You can choose among Sport, Auto, Snow, Sand/Mud and Rock modes, and the car adjusts the drivetrain and air suspension to best fit current conditions. I toggled between Sport and Auto on the dry pavement I drove on for the week. I found the Grand Cherokee to be trucky (which makes sense, given its heavy-duty construction and full off-road capability) and unrefined. It bumped along on the highway almost to the point of vibrating. Not only did I notice this as the driver, but also my kids complained about the backseat being very bumpy. They even demonstrated this by humming the same note and the car’s bumpiness made that note jump and jerk.

Acceleration was quick and responsive, but not smooth, with the optional 360-horsepower, 5.7-liter V-8 — a $1,695 upgrade over the standard 290-hp, 3.6-liter V-6. It took some practice to get the car to drive along smoothly in the stop-and-go of suburban driving. Despite the V-8’s cylinder-deactivation “fuel-saver technology,” the Grand Cherokee I drove still only gets an EPA-estimated 13/20 mpg city/highway. These numbers bump up as high as 17/23 mpg in the rear-wheel-drive 3.6-liter V-6. Four-wheel drive robs 1 mpg in the city from either engine. These results compare well with the 2012 competition, whose best showing with gas engines are 16/22 mpg in the Q7, 16/23 mpg in the XC90 and 17/23 in the Touareg. The Grand Cherokee SRT8 is a beast all its own, with estimated mileage of 12/18 mpg city/highway.

Wind and road noise are both prevalent inside the cabin, adding to driver fatigue and sensory overload after extended highway driving.

SAFETY
The 2012 Jeep Grand Cherokee was named a Top Safety Pick by the Insurance Institute for Highway Safety. That means it gets the top rating of Good in front, side, rear and rollover tests. The National Highway Traffic Safety Administration gave the Grand Cherokee four out of five stars overall (four stars in front impact, five stars in side crash and four stars for rollover resistance in four-wheel-drive versions; two-wheel-drive Grand Cherokees get just three stars in the rollover category).

As is required of all 2012 models, the Grand Cherokee has standard antilock brakes, electronic stability control and traction control. There are six standard airbags: front- and side-impact bags up front, as well as side curtain airbags that extend from the front to the back row.

A standard backup camera on my test car was much appreciated, as were the standard rear park-assist sensors. The available rear cross detection system saved my test car while pulling out of a parking spot at the grocery store when a vehicle outside my line of vision sped along behind me. The Grand Cherokee “saw” it first and beeped to alert me to stop and wait.

The seat belt buckles for the backseat’s two outboard seating positions are recessed slightly into the seat bottom. While this creates a cleaner, more streamlined look, they were extremely difficult for my two youngest daughters to buckle from their booster seats. The boosters tended to inch their way sideways just enough to prevent the belt from sliding easily into the buckle. And since the buckles are recessed, kids can’t adjust their angle to buckle up. After much frustration, the two younger ones just resorted to waiting for my 12-year-old to climb into the center seat, push each booster seat toward the door with one hand and then buckle the belt with her other hand.

Another safety feature I loved was the automatic high-beam headlights. In my neck of the woods, we have deer, bears and porcupines wandering around, so I often drive at night with my brights on. When approaching another vehicle, the brights dimmed on their own without additional intervention from me.

Only a couple days, will update after a while

April 28, 2021
By leota from Burlington
Test drove this car

This car has met my needs and want's. Looking forward to comfort and reliability. Once again Lonnie there was no pressure in the buying process. Thank you all at Miller Motor's

Only a couple days, will update after a while

So far has met all my needs. Need to take some road trips. Cant wait to hit the road. Northwoods here I come. Most of all my husband Bob is pleased with my choise.

Its a Jeep ! If you live in snow country YOU need a Jeep! Powerful comfortable, good gas mileage, Nice looking and very clean. Don't to forget to wave!

Rating breakdown (out of 5):
1 person out of 1 found this review helpful. Did you?
Show full review
See all 90 consumer reviews

News
Life With the Jeep Grand Cherokee: What Do Owners Really Think? 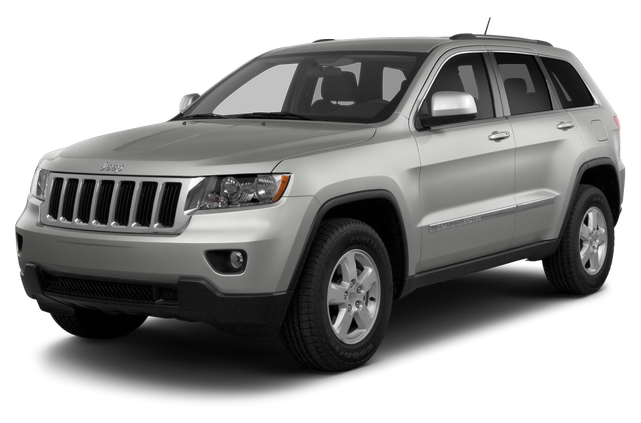 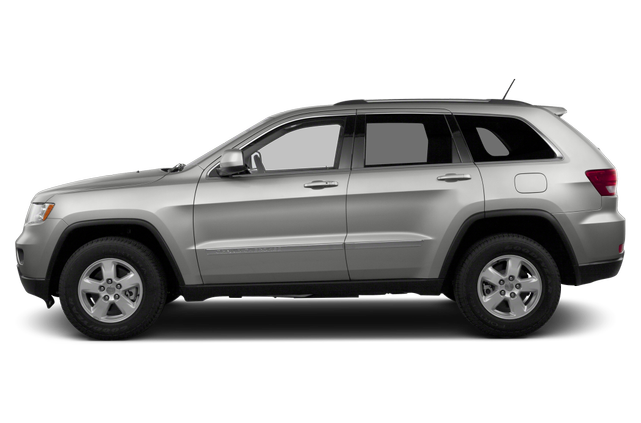 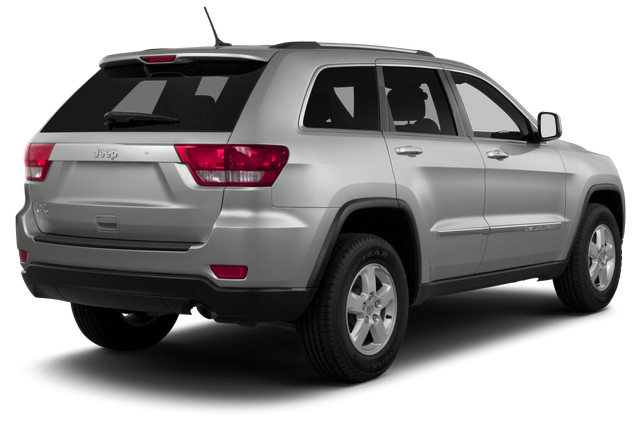 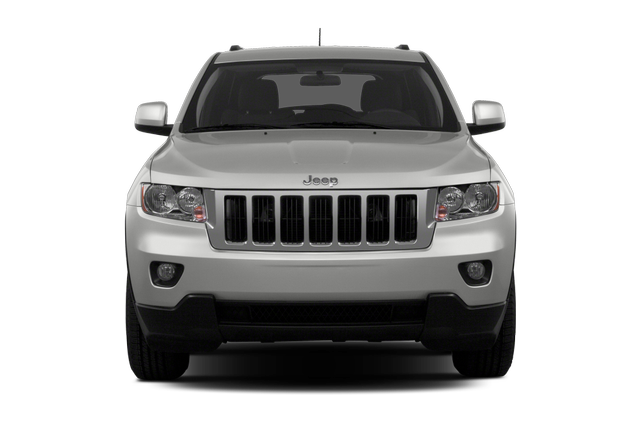 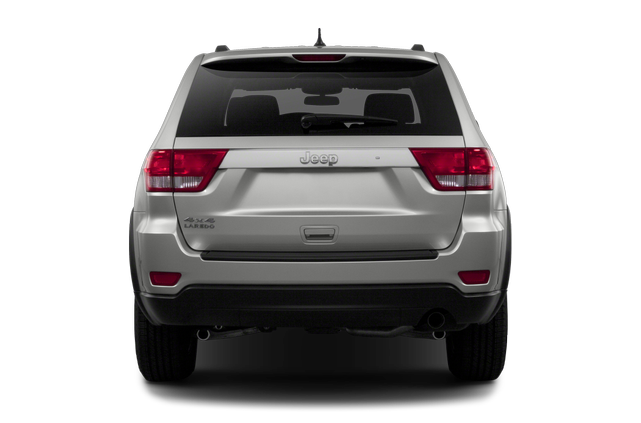 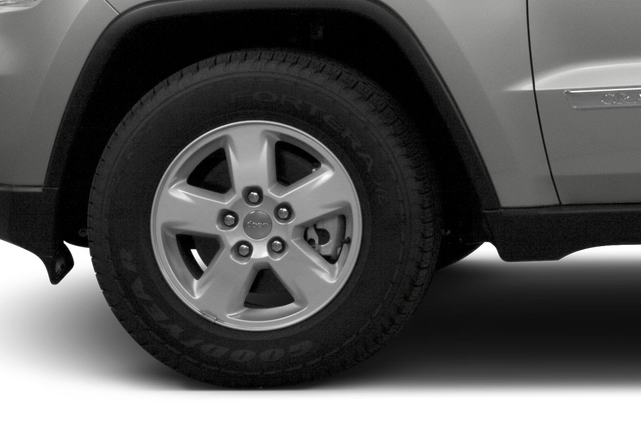 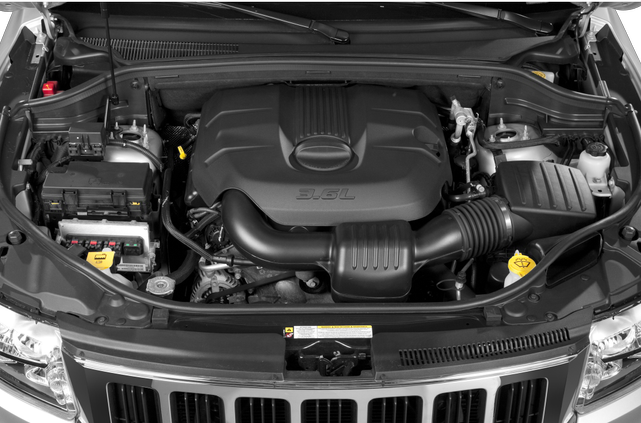 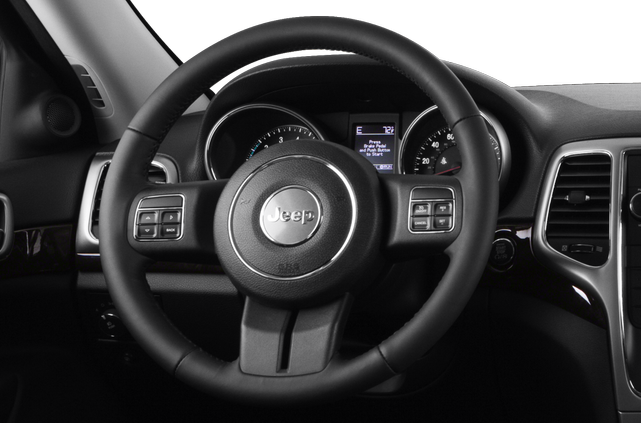 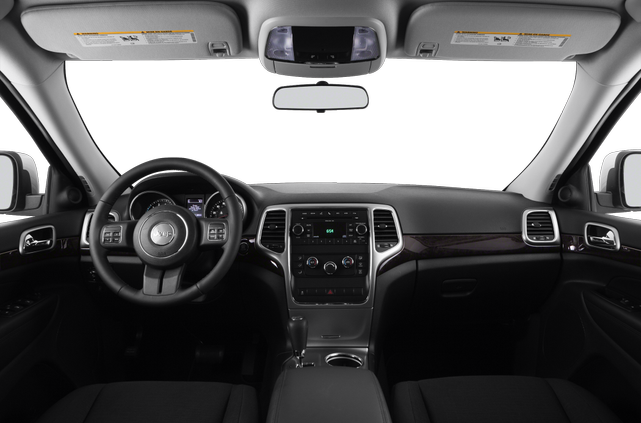 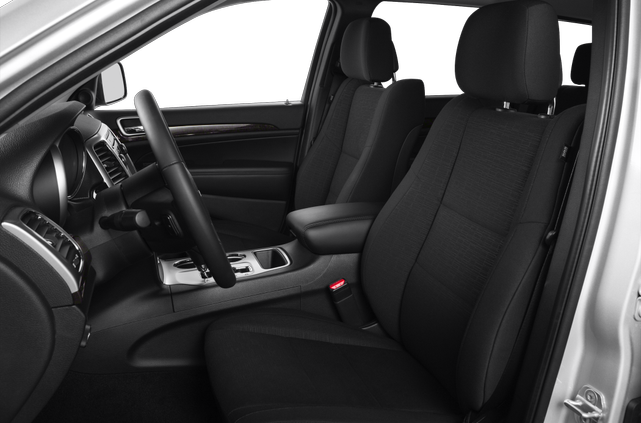 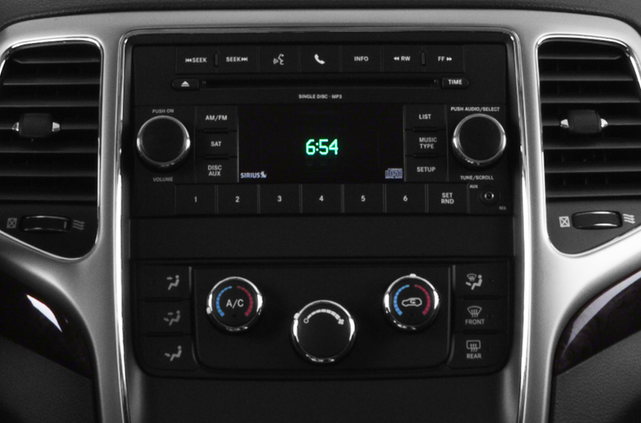 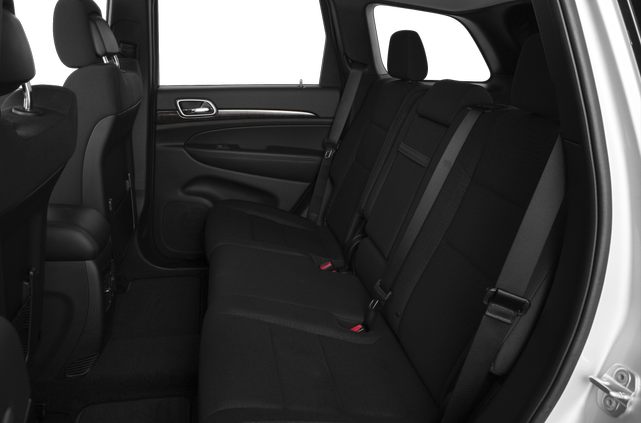 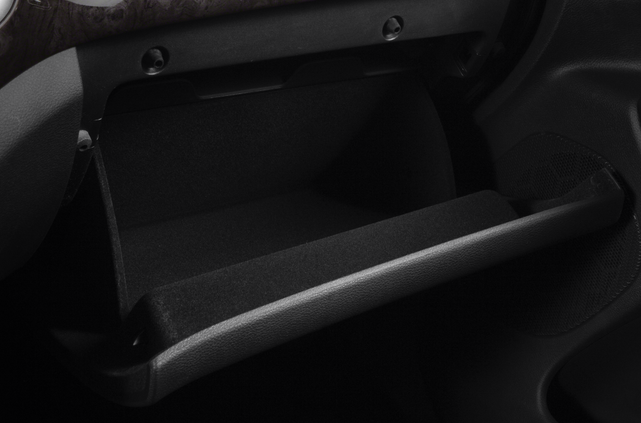 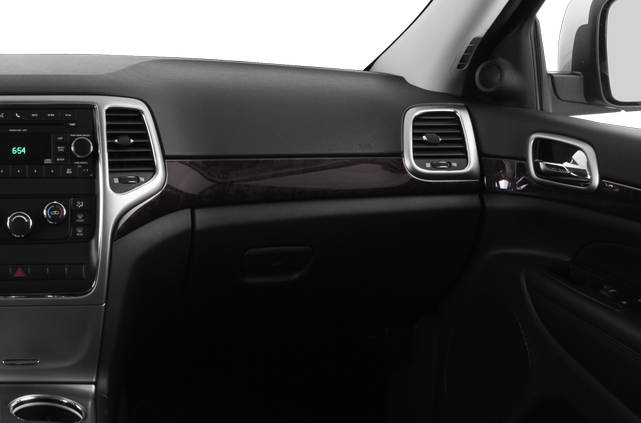 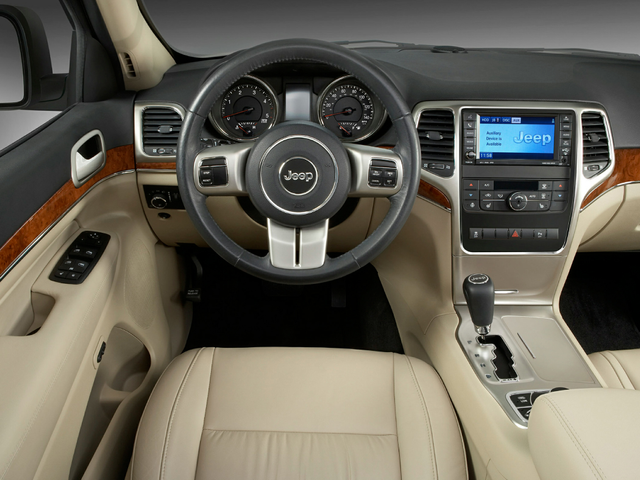 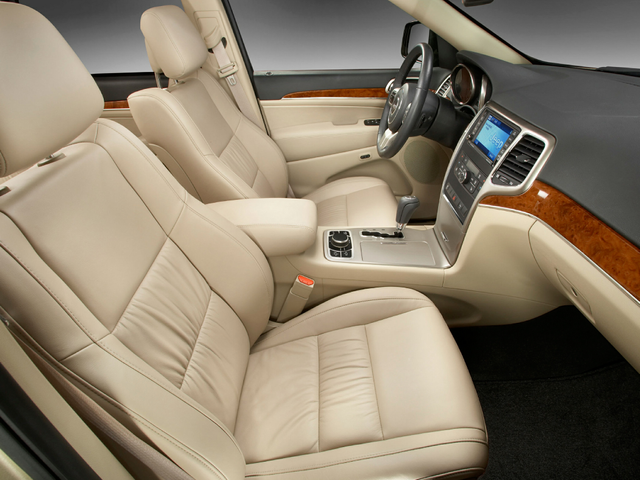 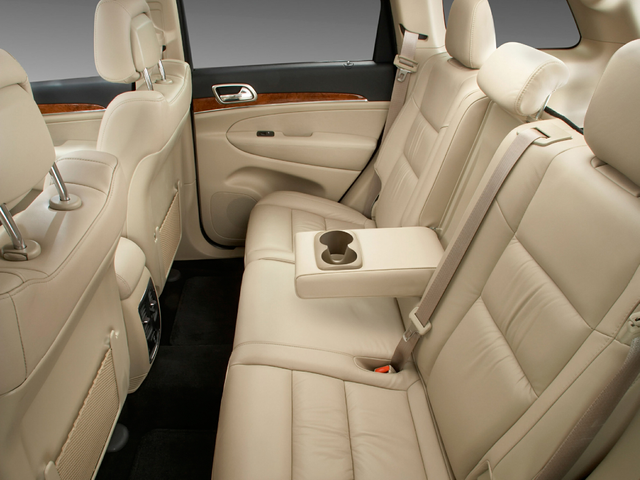