Our 1998 Jeep Wrangler trim comparison will help you decide.

The 1998 Jeep Wrangler isn’t perfect, but it is much better than the previous generation, which was phased out in 1996.

At highway speeds the engine revs high and guzzles gas, returning a shameful 11 miles per gallon at 70 mph (with the air conditioner running). That is nowhere near the EPA estimate of 18 mpg on the highway.

The test vehicle seemed to be running fine, so I don’t think the poor fuel economy can be blamed on a mechanical failure.

Still, I can’t gripe about the Wrangler’s performance. This small Jeep is not just fast, it’s powerful too.

Chrysler engineers gave the Wrangler an all-new suspension system. They tossed out the old leaf-spring suspension and mated a version of the Grand Cherokee’s Quadra Coil system to the Wrangler’s rugged steel frame.

The result is a vehicle that can take a tremendous pounding off-road while still offering an almost carlike ride on smooth pavement.

The suspension is still firm, but rolling over a big bump won’t make the Wrangler buck and lurch like a wild bronco.

The vehicle’s new dash is attractive and user-friendly. I particularly liked the high-quality feel of the switches for the turn signals and windshield wipers. The AM/FM stereo came with a CD player and a cassette deck.

However, all these strong points are canceled out by problems, such as cheap carpet and poorly positioned window cranks.

The Wrangler we tested was a ’97, but the 1998 model is virtually identical. Wrangler has a unique character and a real personality. There’s nothing bland about this machine. It has a cool, macho all-American image. And I really like that. The brawny Wrangler makes the imports look like Tonka toys.

Has this Wrangler for 20+ years.

Great jeep. It will do what ever you need and take you where you need to go, pavement or not. Good looking, comfortable seats, fun to drive.

Have enjoyed this vehicle more than any other. It will bring so much happiness to you...till it breaks...which it does...every other month. This might actually happen every three weeks. These vehicles are not comfortable either...live axles absorb every bump...bumps rattle the vehicle, and more importantly bolts. Checking for missing or loose bolts is a constant game. J-ust E-mpty E-very P-ocket If you are fine constantly fixing a very easy to work on vehicle, or have so much money you don't need or want to donate to charity...well donate your money to Keep a Jeep Running charity...it needs all you can spare. But that is the price you pay for the ability to go anywhere and see anything...provided you brought the right tools and parts. These are fantastic. It might seem harsh, but those are the realities of owning one...and I still gave it 5 stars.

Love this a Jeep! Fun and easy to drive!

This vehicle met all of my needs. It is very reliable, has comfortable seats. The short wheel base allows me to get in and out of parking spaces easily, etc.

Rating breakdown (out of 5):
7 people out of 8 found this review helpful. Did you?
Show full review
See all 34 consumer reviews 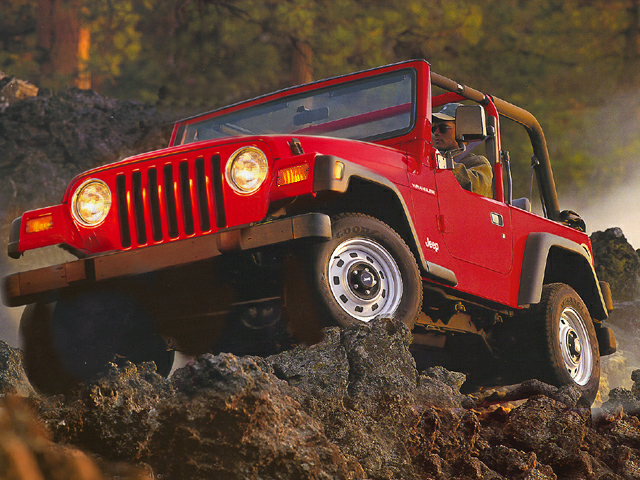 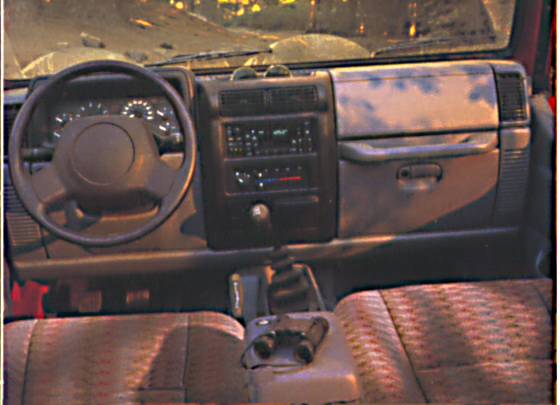