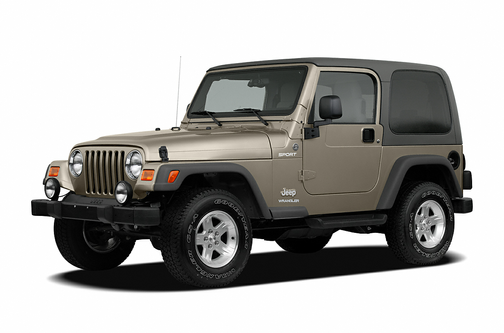 Our 2006 Jeep Wrangler trim comparison will help you decide.

Normally, the announcement of an upcoming model would be a cause for celebration among a marque’s loyalists. This is not necessarily true with die-hard devotees of the Jeep Wrangler, arguably the most traditional mainstream vehicle you can buy, usually purchased by savvy customers who are skeptical of “innovations.”

Two Jeep generations ago, the company began using innovative rectangular headlights. In this past generation, introduced in 1997, Jeep returned to round headlights, weary of bumper stickers and T-shirts that said, “REAL Jeeps have round headlights!”

So news that Jeep will introduce a new Wrangler this fall has been met with suspicion. The 2007 Wrangler looks quite a bit like the current model, but it’s roomier inside — that’s fine — and it has a new 3.8-liter engine. This has been a cause for alarm, not because anyone suspects the new engine won’t be good, but because the current engine — a 4.0-liter inline six-cylinder — is one of the most durable, downright bulletproof engines ever built. That’s important if you are inclined to drive deep into the woods, miles from the nearest Mr. Goodwrench.

Consequently, sales of the 2006 Jeep Wrangler have remained strong. Though the new engine has 15 more horsepower than the current 190-horse model, there are lots of stories out there of creaking old 4.0-liters with 250,000 miles on them.

We spent a week in a 2006 Jeep Wrangler Unlimited — the Unlimited is 15 inches longer than the regular Wrangler — and while I haven’t driven a 2007 model, there’s a lot to like about this ’06.

But then, not being much of a Jeep traditionalist, there are a couple of things I would like to change. One is the darty, ultraquick steering, which is fine off-road, annoying on the road. Another is the fact that the accelerator and brake pedals are so close together. Sometimes I would stab the brakes and find that I still had part of a shoe on the accelerator. My size 11’s are big, but not that big.

And there are plenty of other aspects of the Wrangler that, to most people, would be simply unacceptable in a road vehicle, such as the flexy nylon straps that limit the doors’ travel; the wind and road noise, the roughish ride and the awkward tailgate on the test Jeep’s optional hardtop.

But this isn’t really a road vehicle — it’s an amazingly accomplished off-road vehicle that just happens to be legal for the road. Plenty of posers have bought Wranglers because of the rugged looks, and found them to be rugged, period — unsatisfactory around town and on the highway. But those owners never take their Wranglers off-road, where they can see how the vehicle’s minimalist city manners translate into impeccable trail manners. Too bad. These are vehicles best driven by those aware of their limitations — Wranglers, with their tipsy temperament and absence of safety features, make lousy first vehicles for teenagers.

All that said, this 2006 Wrangler Unlimited is nearly civilized, largely a function of the lengthened wheelbase that makes it more stable on the road, and only marginally less capable off the road. The base Wrangler is offered with a 2.4-liter, 147-horsepower four-cylinder, but the Unlimited comes only with that venerable 4.0-liter six-cylinder. Jeep has calmed this once rough-running engine dramatically, and coupled to an optional four-speed automatic transmission (a six-speed manual is standard), it’s a very pleasant powertrain.

And in low-range gear, the engine’s 235 foot-pounds of torque — that’s the measure of pulling power — makes strenuous off-roading easy. After a drive several years ago on the treacherous Rubicon Trail, on the California-Nevada border, this 4.0-liter engine, automatic transmission and I became very good friends. Off-road with a manual transmission? Sorry, too much work.

If you can live without the luxuries, the regular Wrangler starts at $18,204, but that’s a pretty bare-bones model. Our test Unlimited started at $24,165, and after adding options such as the automatic transmission, a “Premium package,” cruise control and a few other features, the list price was $28,910, including shipping. That’s not cheap, but Jeep Wranglers, if you take care of them, return a large part of your investment in resale value.

Jeep has had plenty of time to fine-tune the Wrangler, and it shows. Apparently the company has learned something too: The 2007 Jeep Wrangler will have round headlights.

Way more reliable than the newer ones

This car is fun and reliable. Much better quality than the newer ones. Unless you need the features of the new ones, find a 98-2006.

This LJ has been a blast to own

You won’t regret buying a LJ. I have really enjoyed this Jeep. The impact orange color still looks amazing. I have 135k miles on the Jeep and it goes up daily.

Hard to believe it is a 2006 Jeep. The pristine appearance gives you the feeling that it has rarely been out of the garage, its is a real must see. This Jeep will not disappoint.

Rating breakdown (out of 5):
1 person out of 1 found this review helpful. Did you?
Show full review
See all 66 consumer reviews 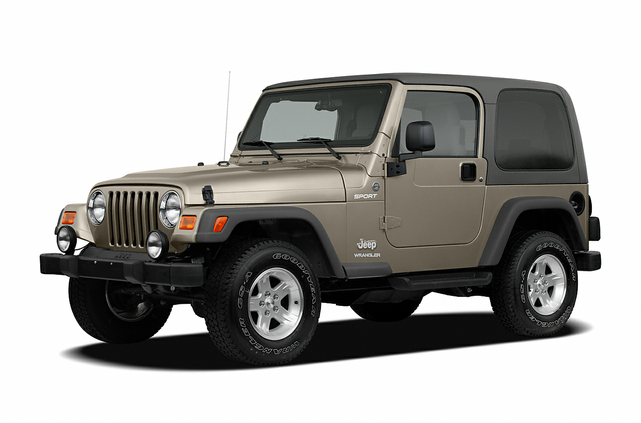 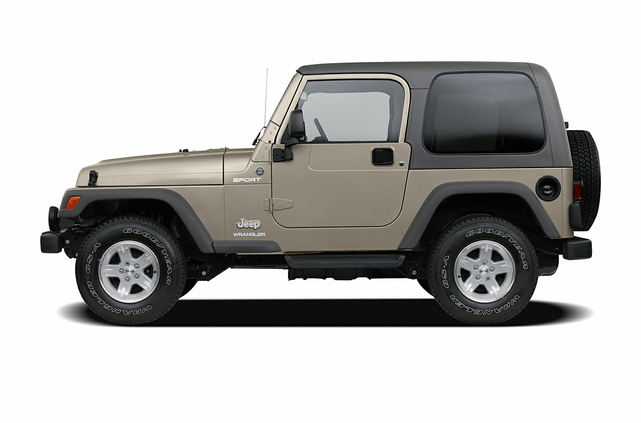 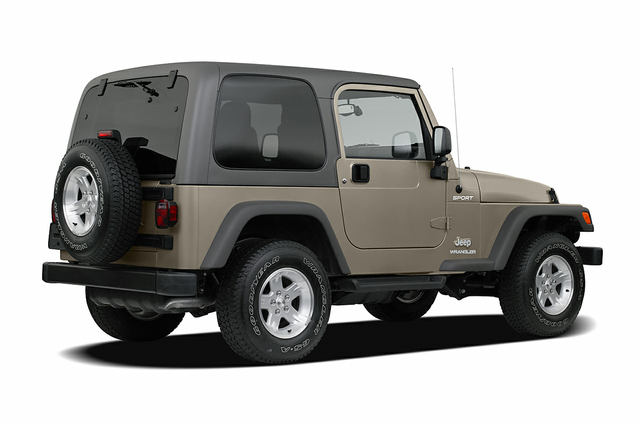 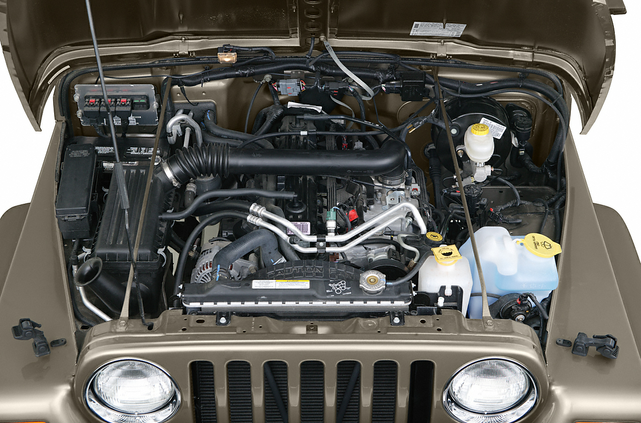 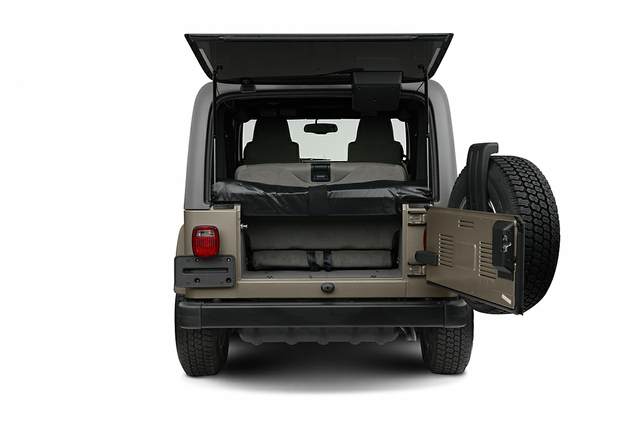 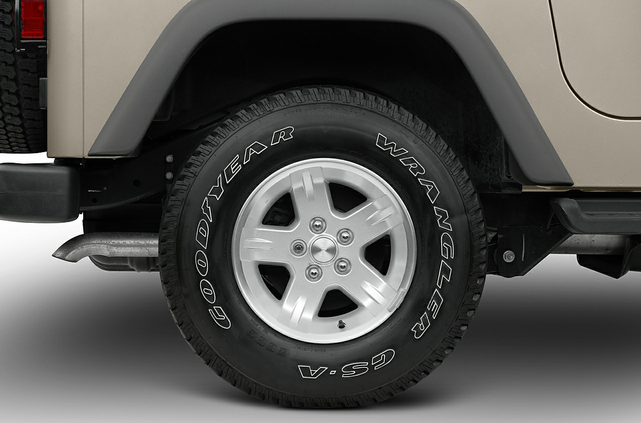 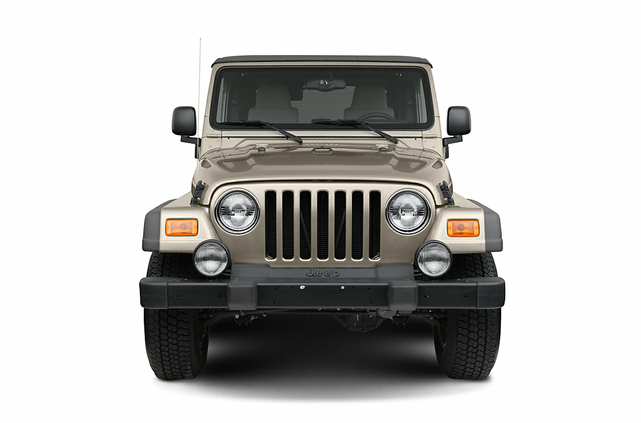 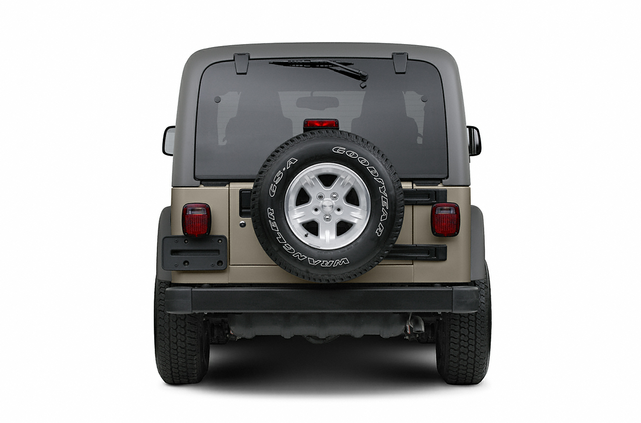 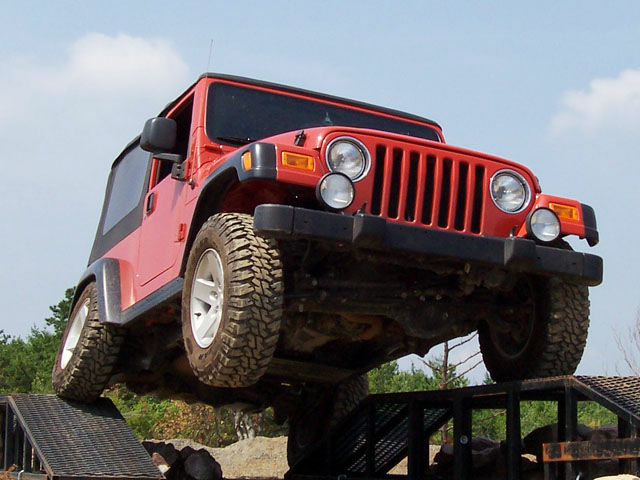 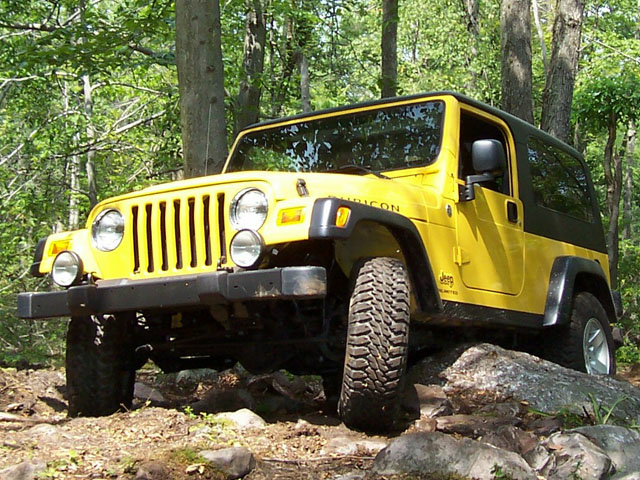 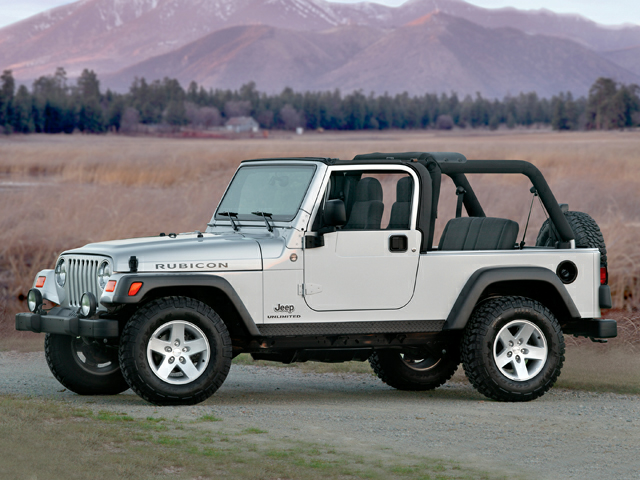 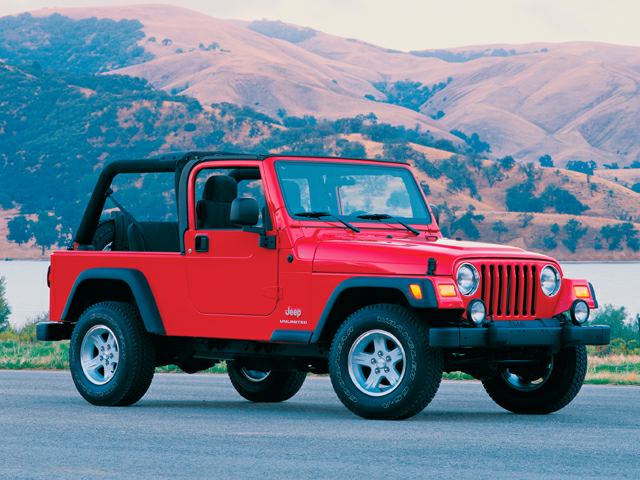 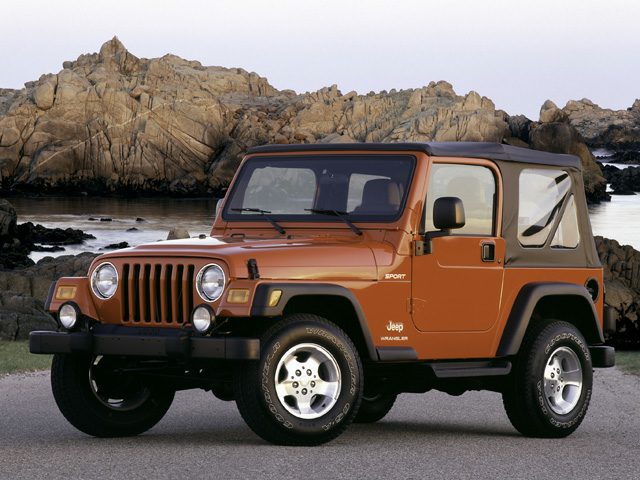 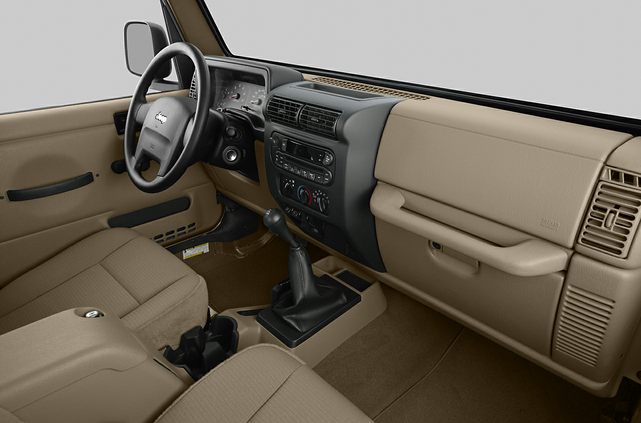 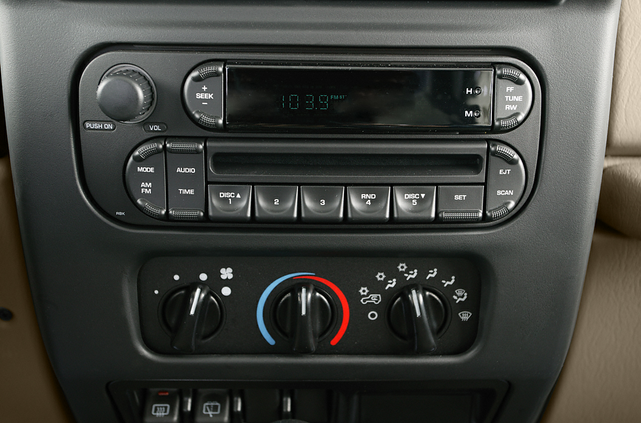 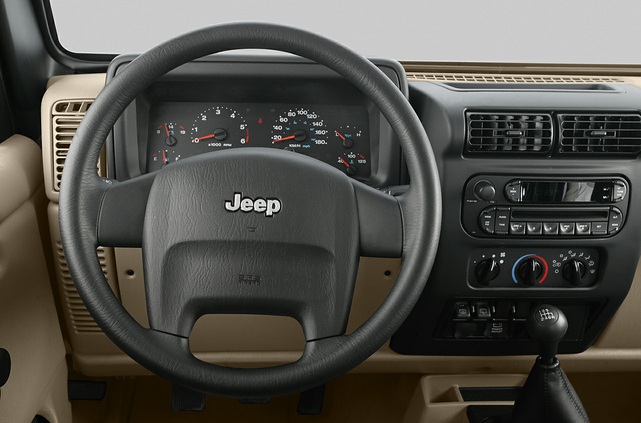 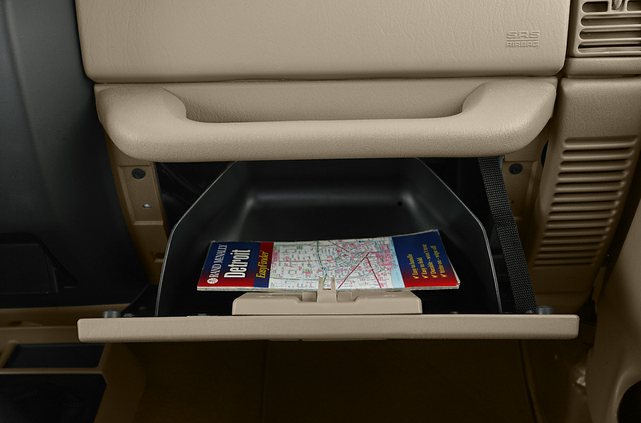 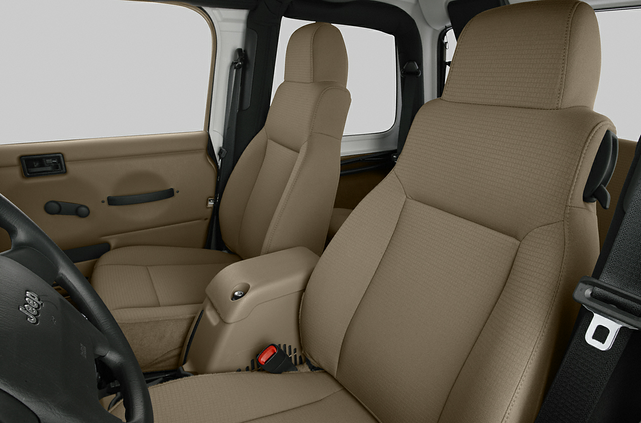 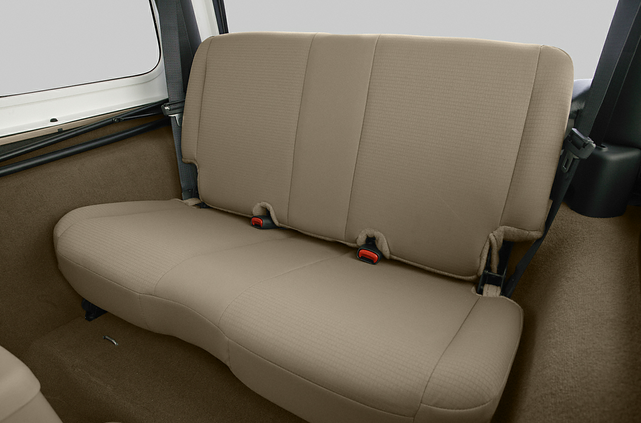 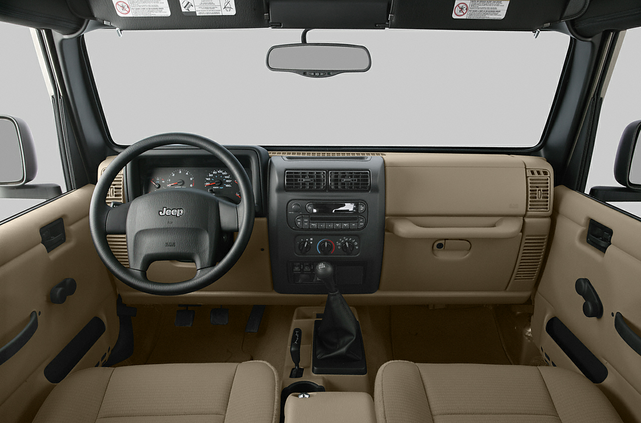 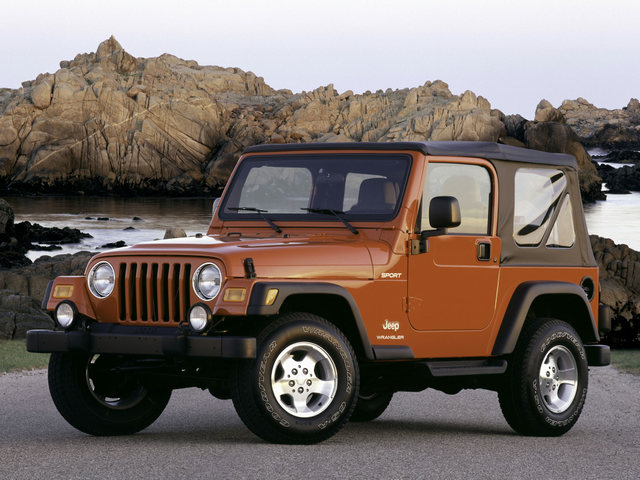