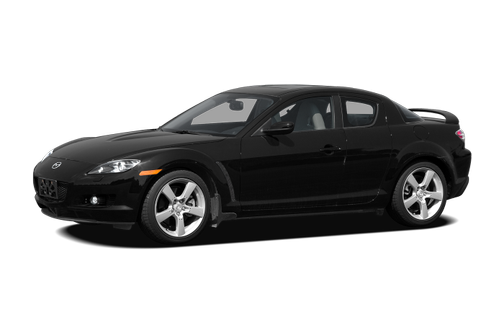 Our 2008 Mazda RX-8 trim comparison will help you decide.

The RX-8 is the ugly duckling of the automotive world; it doesn’t have the sleekest, prettiest lines, but if you get beyond that and take a seat behind the wheel, you’ll experience a sports car with fine handling abilities. Essentially, the RX-8 lets you feel the pulse of the road.

Exterior & Styling
The RX-8 has been on the road since the 2004 model year, and it’s still one of the more unusually styled sports cars available. Credit the unique front styling, which features large fenders pulled away from the rest of the car, and a cabin that has two extra rear-hinged backdoors for access to the two rear seats. Long and low, the RX-8 definitely looks the part of a sports car, just one that’s decided to break some of the rules about what a sports car should look like.

Ride & Handling
If you’re looking for a good-handling car, you’ve found one in the rear-wheel-drive RX-8. It has a balance and naturalness in its dynamics that eludes many sports cars. This sensation is no doubt helped by its perfect 50/50 front-to-rear weight distribution, which Mazda attributes partly to its ability to position the rotary engine low and rearward in the engine bay. The steps it’s taken have worked, as the car just feels right.

In addition to its superior balance, the RX-8 also has praiseworthy steering response and feel. Even though my test car was equipped with performance winter tires, the RX-8 responded readily to driver commands and exhibited confidence-inspiring high-speed stability. It takes some effort to turn the wheel, which I appreciate in a car with performance aspirations.

Living with this car, however, could become a trying experience if you drive on roads that are in poor condition. With its sport suspension, the 40th Anniversary Edition RX-8 delivered a jostling experience on Chicago’s ragged roads, which have been hit especially hard by a serious case of potholes this winter. Even if you manage to avoid these monsters waiting to bend the RX-8’s pretty rims, ride quality is still stiff.

Going & Stopping
Another key difference between the RX-8 and other sports cars is the use of a rotary engine instead of the more conventional internal-combustion piston engine. Rotary engines use a rotor that spins within a housing to complete the combustion process, and the design can make a lot of horsepower from a small-displacement engine; the twin-rotor 1.3-liter engine produces 232 horsepower at 8,500 rpm with the six-speed manual transmission (212 hp at 7,500 rpm with the six-speed automatic). It requires premium gas.

If you’re a fan of high-revving engines like those in the Honda Civic Si or S2000, you may be in heaven with a rotary engine. The RX-8’s engine makes most of its power high in the rpm range — manual transmission models have a 9,000-rpm redline — and it spins with a smoothness that can’t be matched by a piston engine.

There are some downsides to the rotary. As might be expected from such a small engine, there’s not much low-end torque, which means you can’t get away with leaving the car in the wrong gear like you can with some larger engines. (Fortunately, changing gears is a pleasure thanks to the RX-8’s manual transmission, which I’ll discuss below.)

Speaking of manual transmissions, the one in the RX-8 is a willing companion in your driving endeavors. It has short throws and a slightly mechanical feel, and the clutch pedal only requires light effort from your foot. Sure-footed stopping performance is provided by an antilock braking system that includes ventilated disc brakes at each wheel.

The Inside
An agreeable driving position and comfortable seats make the RX-8’s cockpit a nice place for driving. The steering wheel and shifter both fall to hand easily. The 40th Anniversary Edition features special Cosmo Red leather seats that are supportive and have enough bolstering to keep you in place during fast cornering. Heated seats are optional, but they only have “on” and “off” settings — you can’t adjust the temperature lower or higher like you can in some cars.

If you take a minute to look around the RX-8’s cabin, you’ll see numerous reminders that there’s a rotary engine under the hood; the front seats have a rotor-like triangular opening in the head restraints, and there’s another rotor design on top of the shifter. The instrument panel features a large tachometer and supplementary gauges, but no traditional speedometer. Instead, there’s a digital speedometer integrated into the face of the tach. Though different, I never found this setup jarring when driving the car.

Even though the rear-hinged backdoors make it easier to get into the backseat, there’s not a lot of room once you’re there. The rear bucket seats are nicely shaped, but legroom is lacking and headroom is limited, too. While this may not sound great, it is worlds better than some of the spaces other sports-car makers try to pass off as rear seats.

Cargo
The RX-8 has a traditional trunk with a pass-thru to the cabin for carrying long, skinny items inside the car. At 7.6 cubic feet, the trunk’s size is respectable; it’s large enough to carry a couple small suitcases or duffel bags.

Safety
Side-impact airbags for the front seats and side curtain airbags are standard. An electronic stability system is standard on all models besides the base, Sport trim level.

RX-8 in the Market
There aren’t many sports cars out there like the RX-8. It’s the only rotary-powered production car available in the U.S., and it’s one of the few cars out there with rear-hinged backdoors. Its biggest shortcoming is that you can buy a lot more horsepower in a competitor like the 350Z for about the same amount of money. Horsepower still matters more than handling prowess for many sports car buyers, but even the Z doesn’t give up a lot to the RX-8 in the handling department. The RX-8 is a feather to the Z’s hammer, and here in the U.S. it’s hard to see the hammer losing.

This is my third Mazda RX-8, the first being an '04 GT 6MT, second was a '10 R3, and this third an '08 GT 6MT. I thoroughly enjoy the laser-like handling and 'cornering on rails' precision when driving on twisty back roads. While its handling is hard to fault, it is low on overall power compared to its peer group, which might include the Nissan 350Z/370Z and the Porsche Cayman. The interior layout, especially in the Grand Touring edition was very nice for its day, having nicely shaped leather seats, an excellent short throw shifter, good headroom, and a very nice 6-disc CD changer and speaker layout. Aside from the excellence of the package, I still find the RX-8 to be an acquired taste, particularly because of the rotary engine. The smooth and silky slide up the tachometer to the 9000 redline is seductive, and the RX-8 lives for the upper rev range. That rotary engine though has gained a certain notoriety as unreliable, finicky, and awfully particular to maintenance chores...it doesn't like a low oil light to come on, or the temperature gauge to move past the middle; if either of these conditions occur and are allowed to go unchecked for many minutes, it's not uncommon for damage to the apex seals in the engine to occur, and the engine to basically become a rebuild or replacement candidate! Besides that, semi-regular coil replacement, spark plug replacement, and other maintenance tasks are not very forgiving if neglected. This car wouldn't be for the average owner who is not very meticulous in caring for or maintaining their vehicle...think of the RX-8 as a more of a sports enthusiast's hobby than your average transportation. However, if you are willing to pay attention to the details, your ownership of an RX-8 can be highly rewarding. Learn the sheer joy of cornering and carving through a twisty road, and build your driving skills with an uber-friendly, ultra-stable, hard-to-match sports car. Low mileage examples are becoming increasingly harder to find, but they will often still be extremely competitively-priced compared to a 350Z/370Z of similar year, mileage, condition, and options. It doesn't seem likely that we'll see a rotary engine again in the sports car world since Mazda has moved away from that bit of their heritage. Who know? Maybe a well-taken-care-of RX-8 might be a collector's car one day!

BEST CAR I EVER HAD

I HOPE AND PRAY THAT YOU WILL DECIDE TO MAKE MORE OF THEM BECAUSE I CAN'T AMAGINE DRIVING ANY THING ELSE. I LEARNED TO DRIVE WITH A AUTO CAR AND EVEN THOUGHT I HAVE HAD OTHER CARS I PERFER MY MAZDA!!!!

We like how comfortable it is with the bucket seats. It?s sharp looking, but not expensive like a sports car. It drives well. Really like the console look.

All model years for the Mazda RX-8 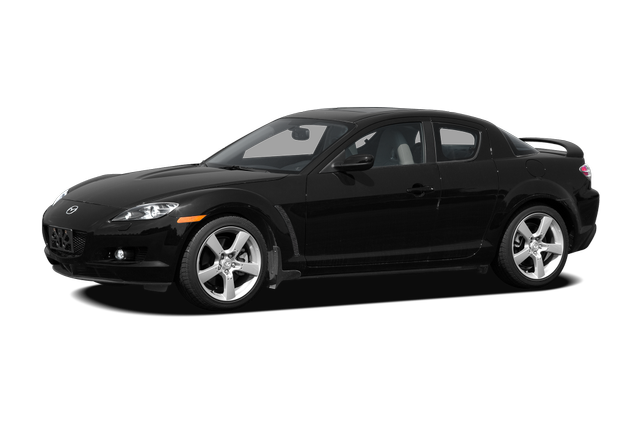 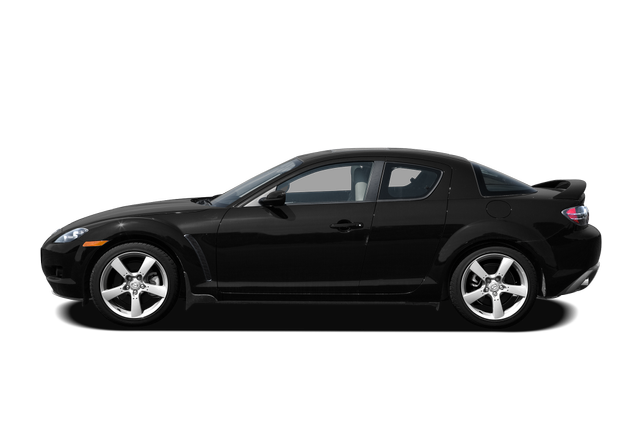 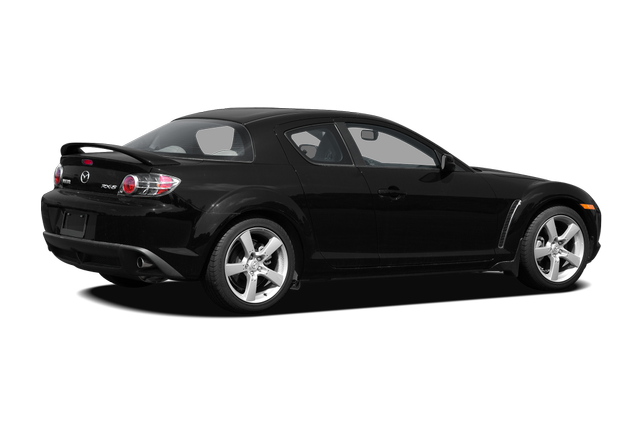 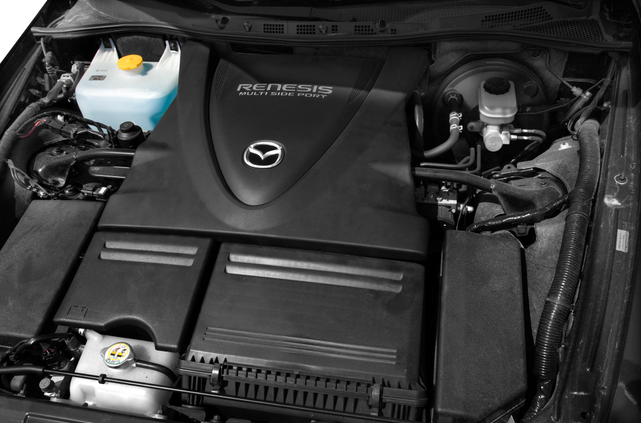 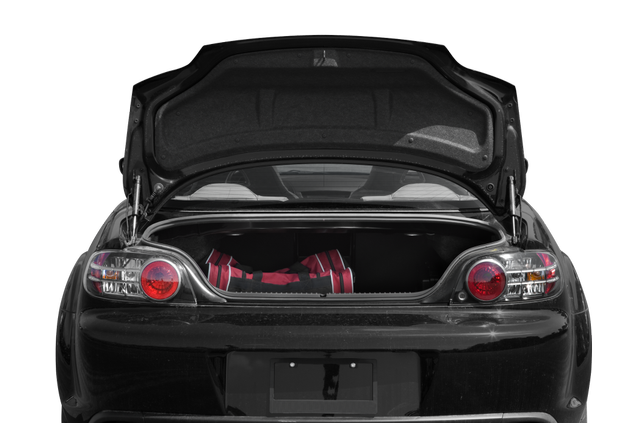 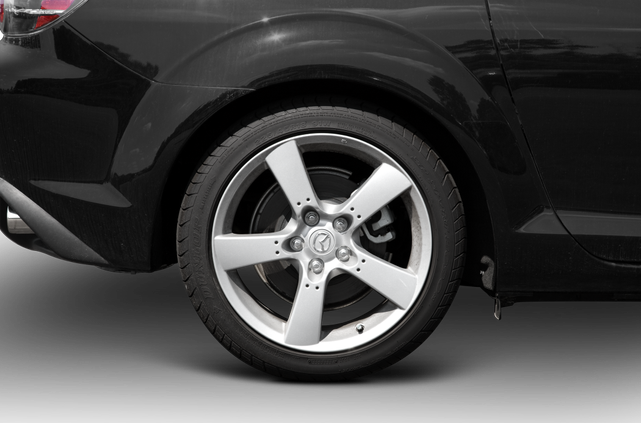 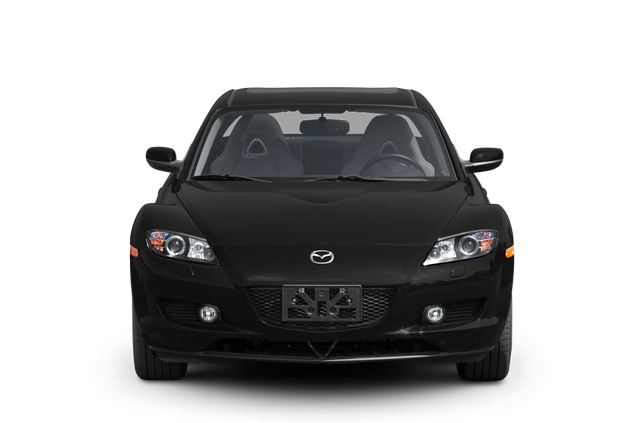 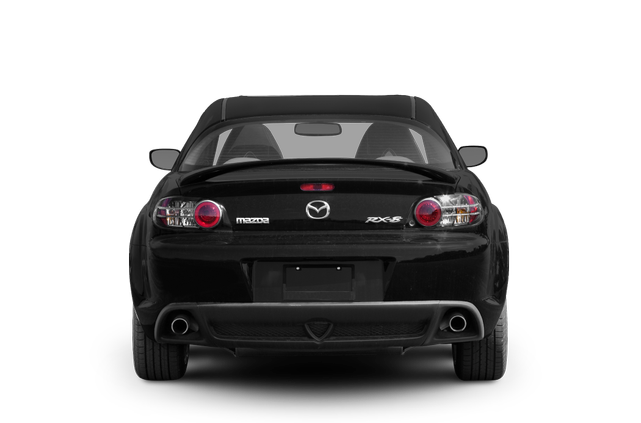 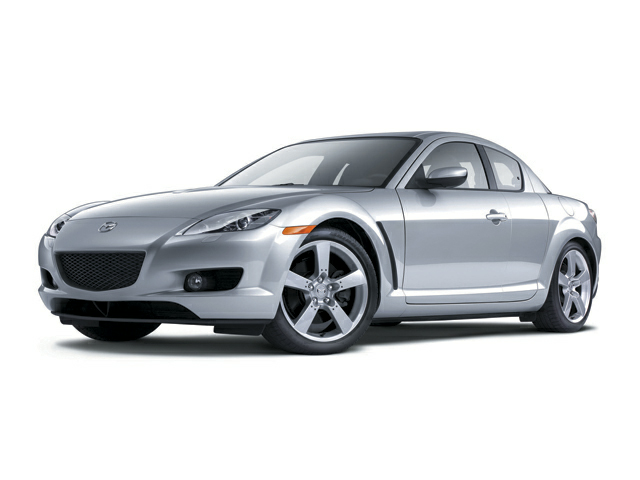 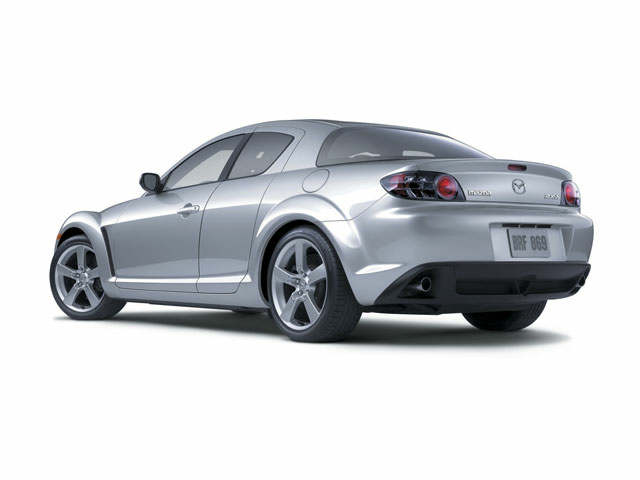 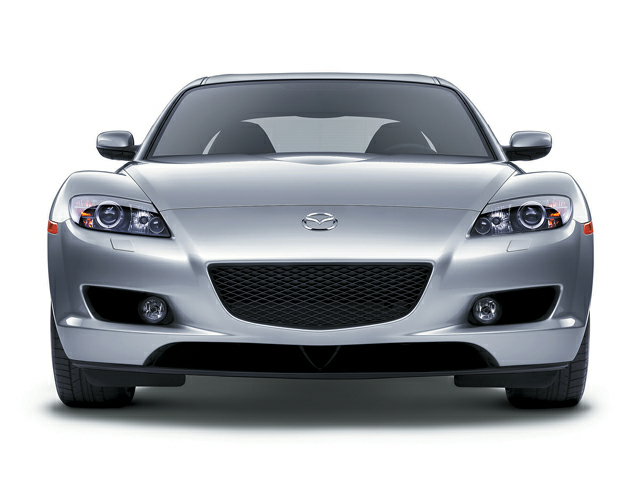 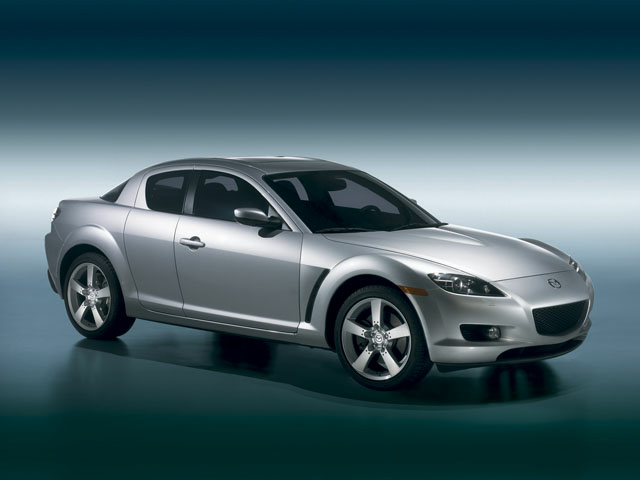 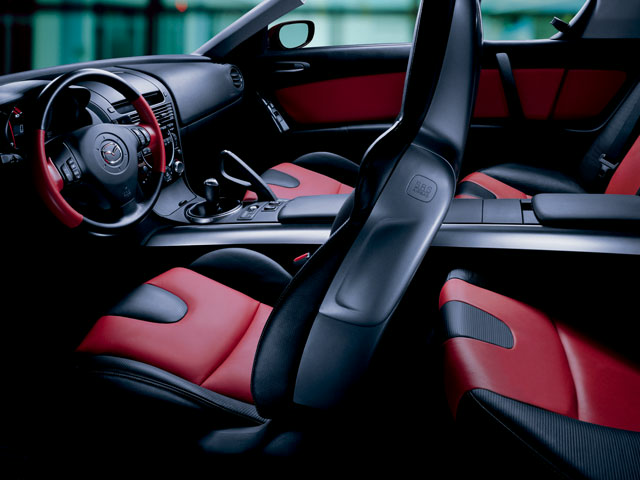 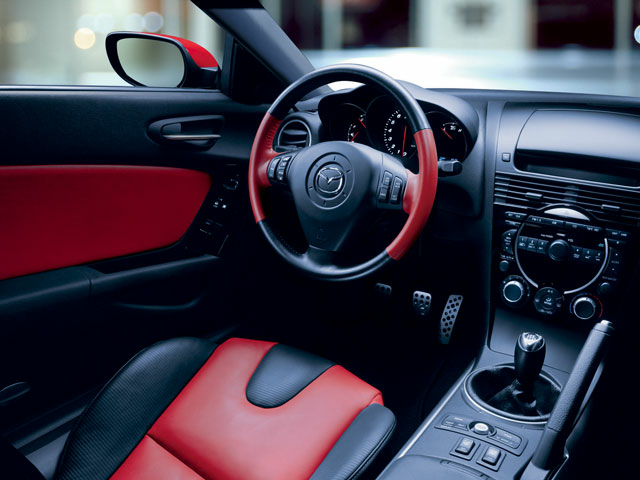 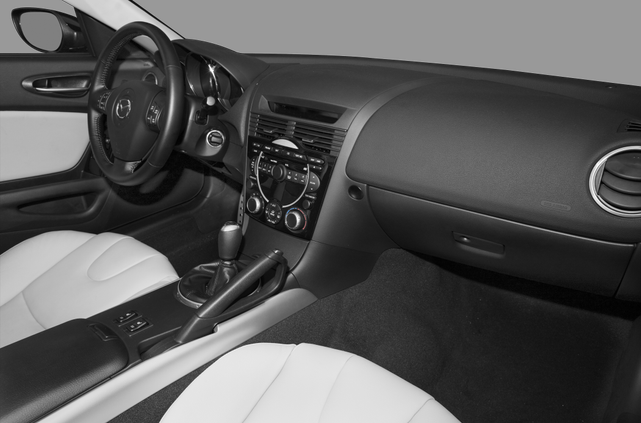 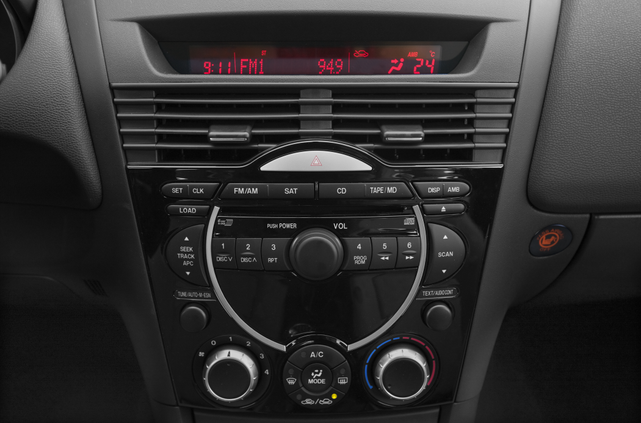 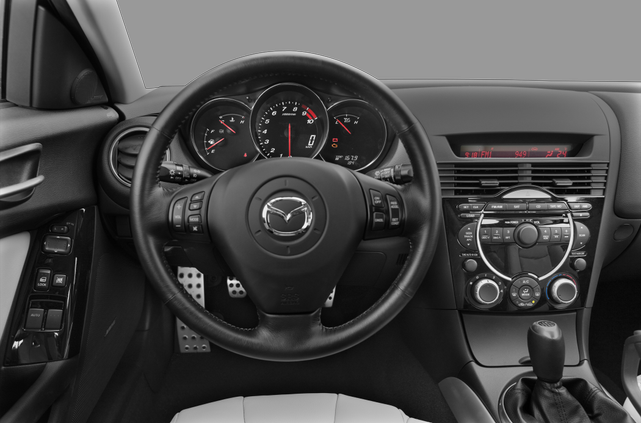 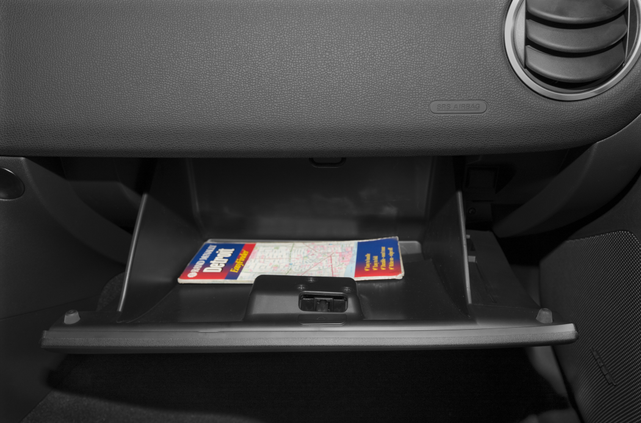 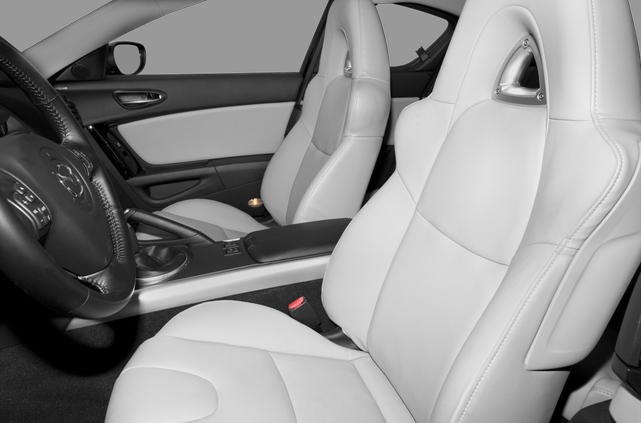 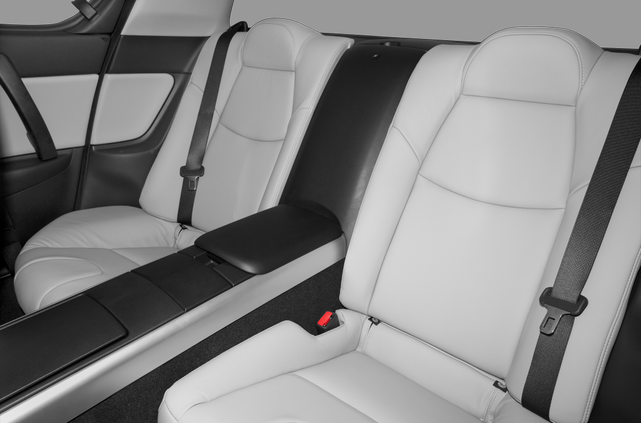 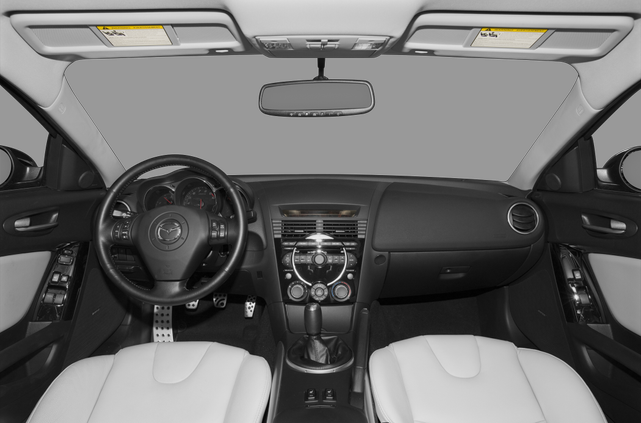 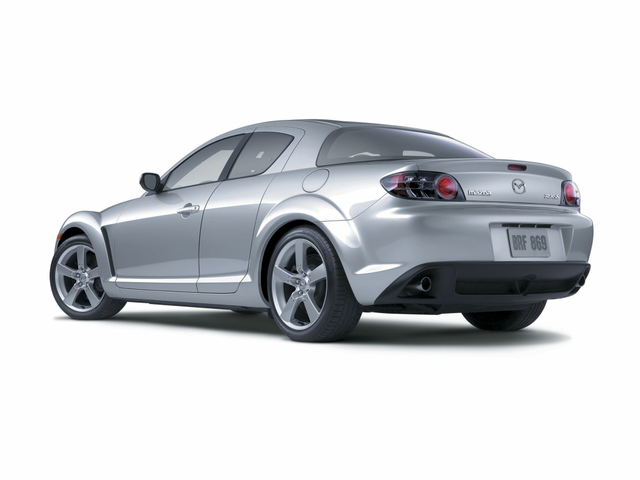 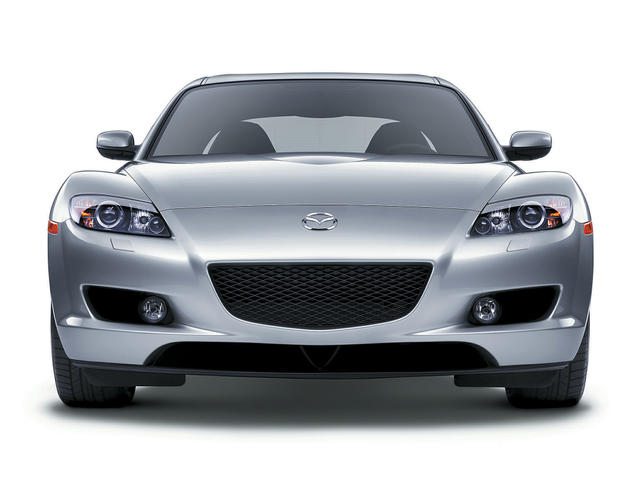 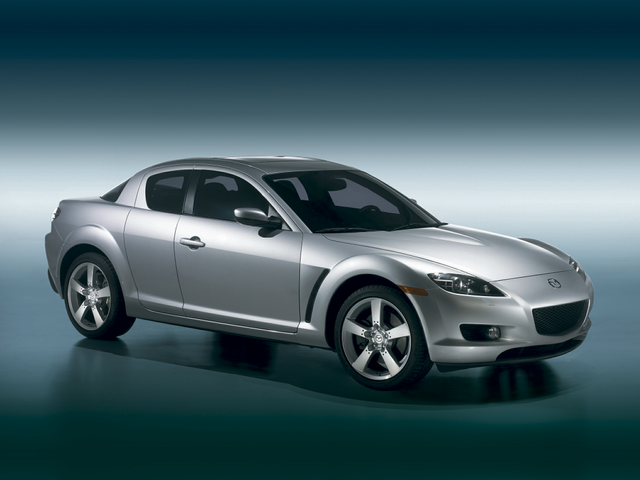 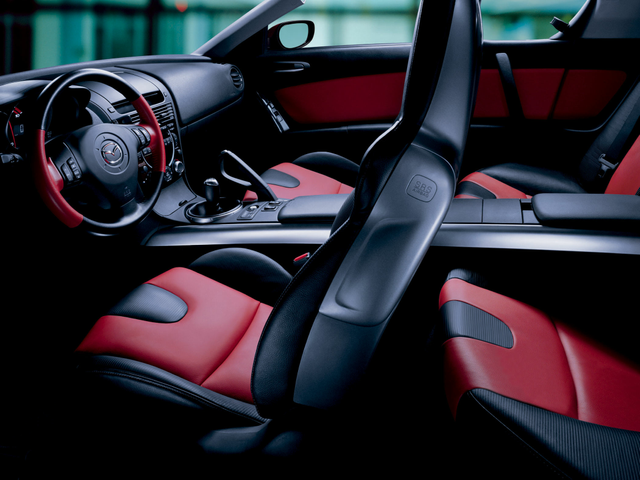