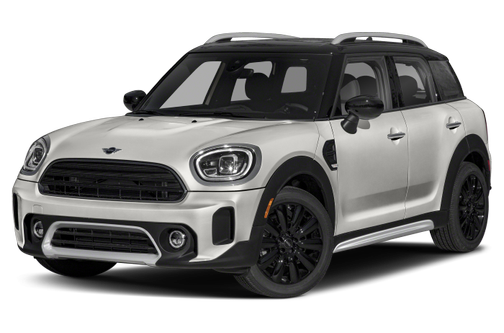 Our 2021 MINI Countryman trim comparison will help you decide.

Which should you buy, 2020 or 2021? If you’re looking for the cheapest possible Countryman, go for a 2020 Oxford Edition, which has an MSRP $3,200 less than the least expensive 2021 Countryman model. A 2021 Cooper S with or without all-wheel drive gets you the upgrades at no additional cost; for the other trim levels, you’ll have to decide if they’re worth the extra cash

Mini’s popular Countryman SUV gets some very mild upgrades for 2021, and some mild price increases accompany those changes — though not for all trims, as the Cooper S version goes  without an increase to its starting price. Signature trim versions of the Cooper S, Cooper SE and John Cooper Works versions of the Countryman will get the new 5.0-inch digital instrument panel. Other changes are mostly cosmetic inside and out, and won’t be noticeable to all but the most die-hard fans of Mini.

The price changes are similarly modest, though the bargain Oxford Edition is not currently available for 2021. The now-base model is the Cooper Countryman, which is priced from $29,950 for a front-wheel-drive model, just $700 more than the 2020 but also $3,200 more expensive than the 2020 Oxford Edition.

For cosmetic changes and a modern gauge cluster, the price increases may seem worth it to some buyers. However, those who prefer traditional gauges or are looking for a more affordable Countryman may be better off considering a 2020 model.

February 22, 2021
By Julie B from Cincinnati, Ohio
Owns this car

Sporty, fun, easy to drive, stylish, roomy This is my second Mini. I love the car and would tell anyone interested to buy it. Its must bigger than it looks, it drives well and now has a BMW motor on a Mini chaise

Very fun to drive. Sporty and yet comfortable.

Very sporty but also plenty of room for passengers and luggage. And of course, room for the dog. He is small but important and he eats a lot.