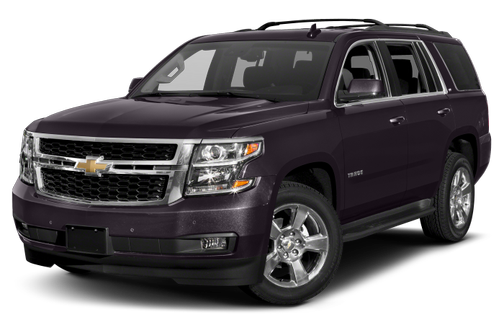 Our 2016 Chevrolet Tahoe trim comparison will help you decide.

Editor’s note: This review was written in June 2014 about the 2015 Chevrolet Tahoe. Little of substance has changed with this year’s model. To see what’s new for 2016, click here, or check out a side-by-side comparison of the two model years.

The redesigned 2015 Chevrolet Tahoe has a refined interior and driving experience, but there’s less passenger and cargo room than you might expect in a full-size SUV.

Changes for the 2015 Tahoe include a stronger frame, a more powerful V-8 engine, angular exterior styling and a richer-looking interior (to see the 2014 and 2015 Tahoe compared, click here). The Tahoe is essentially a shorter version of the Chevrolet Suburban, which offers more passenger and cargo room. It’s also been redesigned for 2015.

The Tahoe starts at $45,890, including a $995 destination charge, for a base LS trim with rear-wheel drive. Our test version was a top-of-the-line LTZ with four-wheel drive. This model starts at $62,995 including destination, but optional features like a power moonroof, backseat entertainment system, adaptive cruise control, trailering equipment and a theft-deterrent system raised the as-tested price to $68,340.

How It Drives
Like the one that came before, the Tahoe is big: 17 feet long and 6.7 feet wide. Its sheer bulk might be intimidating if you’ve never been behind the wheel of a large SUV, but it’s relatively easy to drive. It tracks confidently without needing constant steering corrections, and it wasn’t unwieldy when navigating a downtown Chicago parking garage. The steering system’s main shortcoming is numb feel.

The brake pedal feels numb, too, and is significantly higher than the accelerator, so you have to pick your foot up more to switch to the brake than in other cars. Optional power-adjustable pedals move forward and backward, but the relationship between the gas and brake pedals doesn’t change.

The suspension uses an independent design in front and a solid rear axle. Uneven pavement makes the Tahoe bounce a bit, but overall ride composure is good, with none of the unappealing pitching motions you find in some SUVs, like the Lexus GX 460.

According to David Schiavone, GMC Denali product manager, the Magnetic Ride Control shocks are being improved to make them less sensitive to small road irregularities, and the change will be available late this year. I also had a chance to drive a 2015 GMC Yukon SLT with the Premium Smooth Ride suspension and preferred its softer tuning to the current Magnetic Ride Control. Body control was nearly as good, too.

The standard 355-horsepower, 5.3-liter V-8 engine and six-speed automatic transmission work well together, readily accelerating the SUV to highway speeds and easily maintaining cruising speed through hilly terrain. Unlike some high-horsepower luxury SUVs, however, the Tahoe doesn’t feel overwhelmingly powerful. A near-5,700-pound curb weight will do that.

Four-wheel-drive Tahoes like our test vehicle get an EPA-estimated 16/22/18 mpg city/highway/combined. That’s considerably better than V-8-powered competitors like the 2014 Expedition and 2014 Sequoia, which are rated 13/18/15 mpg and 13/17/14 mpg, respectively (see their specs compared with the Tahoe’s here). The Expedition will get a new twin-turbo V-6 engine for the 2015 model year, among other changes, but gas mileage estimates weren’t available as of publication.

The Tahoe’s 5.3-liter V-8 has a number of fuel-saving measures like direct fuel injection, variable valve timing, and cylinder deactivation that automatically switches from V-8 to V-4 mode when less power is needed. With Honda’s cylinder-deactivation system in its V-6, the engine sounds a little different when it’s running on fewer cylinders. I didn’t experience that from the Tahoe’s V-8; the transition is seamless. The only giveaway is an instrument panel indicator that shows whether the V-8 is using all or half of its cylinders.

Interior
It’s a climb up to the driver’s seat, but standard running boards make things easier. You’re rewarded for your effort with commanding visibility; the Tahoe towers over most cars, letting you easily look past them. Large side windows make it easy to check your blind spots.

The cabin has high-grade finishes and cues throughout. Many pieces are finished in soft-touch materials, and the interior also has a lot of accent stitching. It feels premium, which it should considering this SUV’s starting price. Most models have front bucket seats that are separated by a wide center console, but thanks to the Tahoe’s overall width the console doesn’t encroach on leg space. The front seats’ backrest cushioning is too hard, though.

The optional second-row bucket seats (a 60/40-split folding bench seat is standard) are comfortable, with generous legroom for adults (I’m 6 feet 1 inch tall). The backrest reclines quite a ways, too. However, the seat doesn’t slide, which prevents you from sharing any of your legroom with third-row passengers who could really use some. It’s easy to walk between the seats to get to the third row.

The 60/40-split third row isn’t comfortable. The bench seat is positioned close to the floor and there’s practically no room for your legs. To make it work, you have to sit with your knees up and pushed toward you. In comparison, the Expedition offers an adult-sized third row, made possible in part by its uniquely designed independent rear suspension. The long-wheelbase Suburban has nearly 10 inches of additional third-row legroom.

Ergonomics & Electronics
LS models have a CD stereo that includes two USB ports, one SD card slot and an MP3 jack. LT and LTZ trim levels get Chevrolet’s MyLink entertainment system with a larger 8-inch screen and three additional USB ports. The MyLink touch-screen controls a number of features, including the optional navigation system, but Chevrolet wisely retains physical controls where they make sense, like for the climate-control system and stereo volume. (Oddly, there’s a slight lag when adjusting the volume.) My iPhone readily connected to MyLink, which displayed a list of recent calls and my contacts, and also played music on my phone using Bluetooth streaming audio.

Cargo & Storage
The Tahoe’s cargo area is smaller than its considerable exterior bulk suggests; there’s just 15.3 cubic feet of space behind the third row (Chevrolet rates the cargo area of its subcompact Sonic hatchback at 19 cubic feet). There’s a hidden storage area below the cargo floor, but that floor is about 3 feet from the street, which is a lot of ground to cover when lifting heavy luggage. A power-folding third row is optional.

Cargo versatility has improved with the Tahoe’s redesign; the third row now folds flat when you need more cargo space rather than having to be removed from the SUV altogether. With the third row folded, there’s 51.6 cubic feet of cargo space, and folding the second-row seats provides a maximum of 94.7 cubic feet.

The Tahoe has a huge storage bin under the front center armrest that’s big enough for a laptop computer or a large purse. The glove box, by contrast, is rather small. There’s some covered storage in the center console, and the MyLink entertainment system’s touch-screen motors up to reveal a hidden cubby for a phone or wallet. The front doors have upper and lower pockets, and there are slim storage areas along the sides of the center console.

Safety
The 2015 Tahoe received an overall rating of four out of five stars from the National Highway Traffic Safety Administration — same as the 2014 Expedition. In both front and side crash tests, it received five stars, but it was given a three-star rollover rating, which isn’t uncommon for truck-based SUVs. As of publication, the Insurance Institute for Highway Safety hadn’t crash-tested the Tahoe.

Value in Its Class
The Tahoe might seem like a minivan-alternative for families, but GM says its research tells a different story: Only 35 percent of buyers have children at home. Mark Clawson, Chevrolet marketing manager for full-size SUVs, says the vehicle is bought more for image reasons, and that luxury sedans are also in some customers’ garages.

The Tahoe’s starting price of more than $45,000 is likely a big barrier for many otherwise-interested families, but that’s about the price of admission for a new full-size SUV; both the Expedition and Sequoia start at more than $40,000.

Besides offering better gas mileage than the competition, the new Tahoe raises the bar considerably in terms of interior quality. This SUV doesn’t wear a traditional luxury badge, but it’s as luxurious and refined as it’s ever been.

We got this vehicle to pull a travel trailer still waiting to get it but will let you know. So far we are impressed of the power this 5.3 V8 has

Rating breakdown (out of 5):
8 people out of 9 found this review helpful. Did you?
Show full review
2.1

April 18, 2021
By James from Poolesville Md
Owns this car

This is the most underpowered slug of a brick I have ever owned. LTZ fully loaded. Power side step Doesn’t work half the time. Gotta leave it all Up to cruise controls and endure what ever happens. Takes two days to stop The thing give it no less that 100 feet once your on the break and 0-60 in five days. 4wheel Drive but can’t go in snow. Hardly ok in rain. I wouldn’t think of towing anything with this. No way it would do it. Death trap if you need get up in a hurry your out of luck. Third row on the floor. Useless. Power seats with no room for storage. And you have to be at the rear access to operate the folding seats. Major blind spots. So big it won’t fit in a space. Back up camera... I have to open the door and look down to see if I’m really in the space. Front collision warning goes off for no reason. Heads up display unexpectedly quit then came back on. This land boat is a xxxx mobile that shouldn’t be driven faster that 15 mph.

Rating breakdown (out of 5):
8 people out of 21 found this review helpful. Did you?
Show full review
2.6

I would have bought a Mercedes

Yes, there’s plenty of room. The stitching on the leather is shoddy. The exterior is deteriorating. The AC compressor was welded on wrong, there is a perpetual screw loose near the catalytic converter.... making an awful rattle. I’ll never buy GM again. They do not stand behind a $78,000 vehicle.

Rating breakdown (out of 5):
5 people out of 5 found this review helpful. Did you?
Show full review
See all 83 consumer reviews 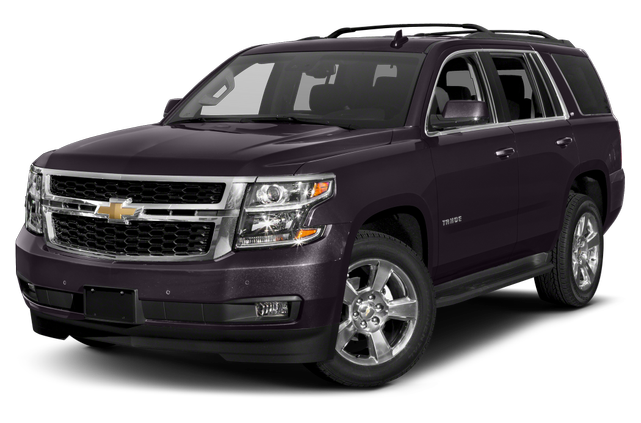 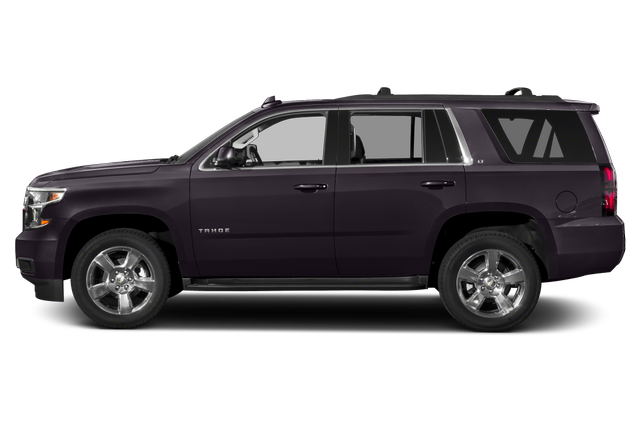 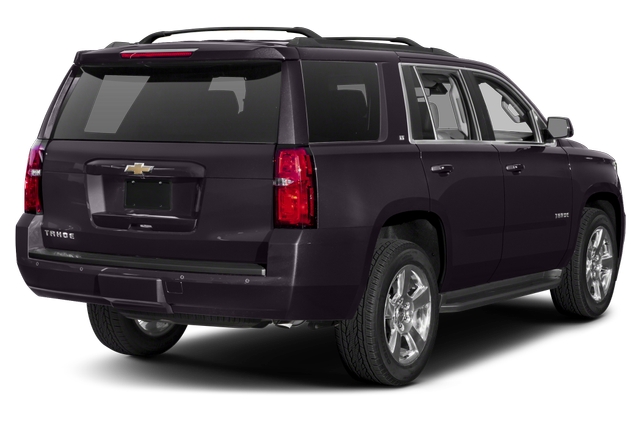 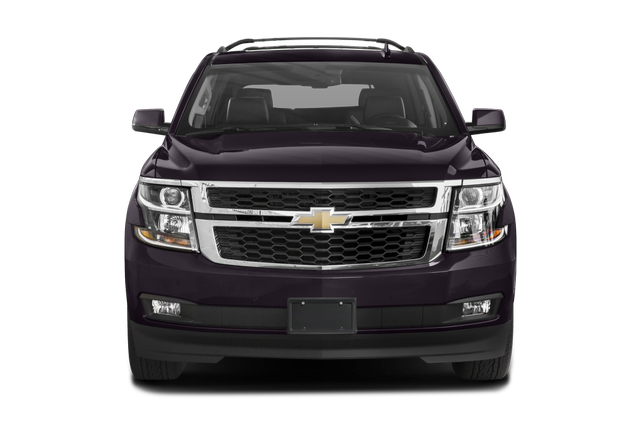 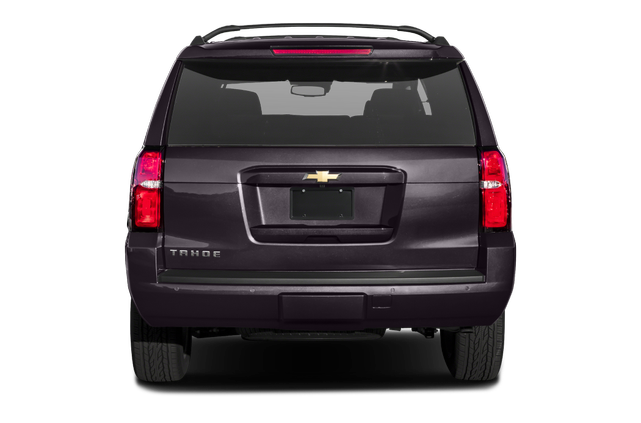 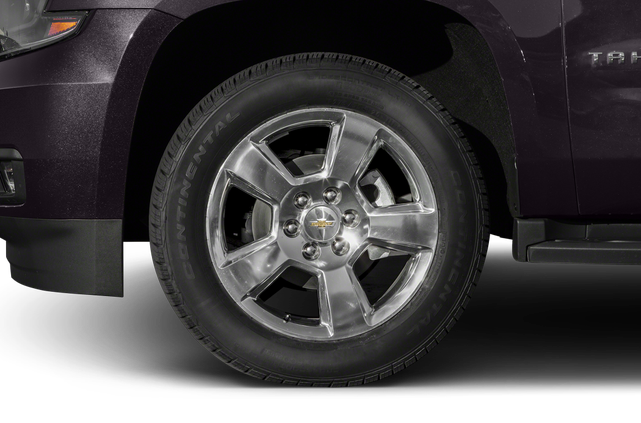 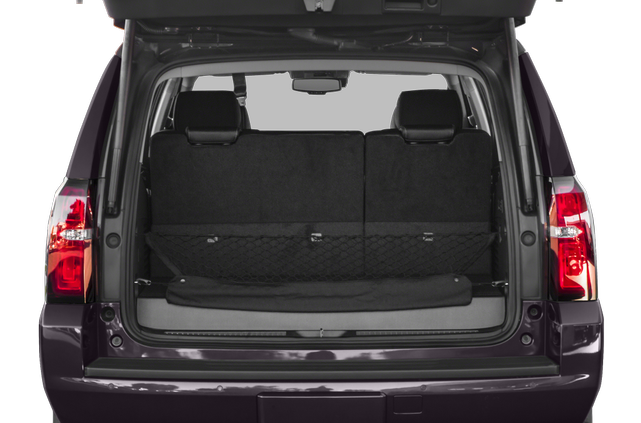 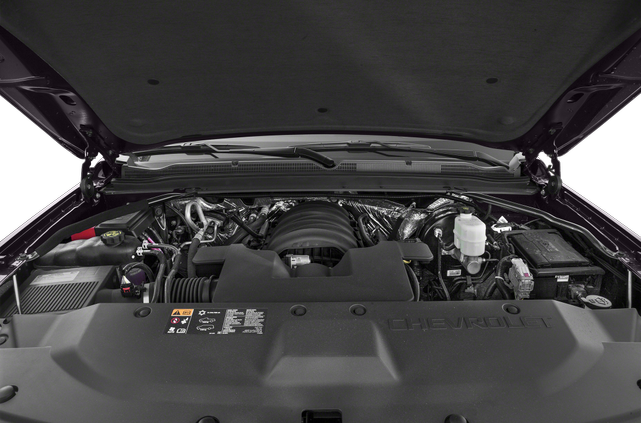 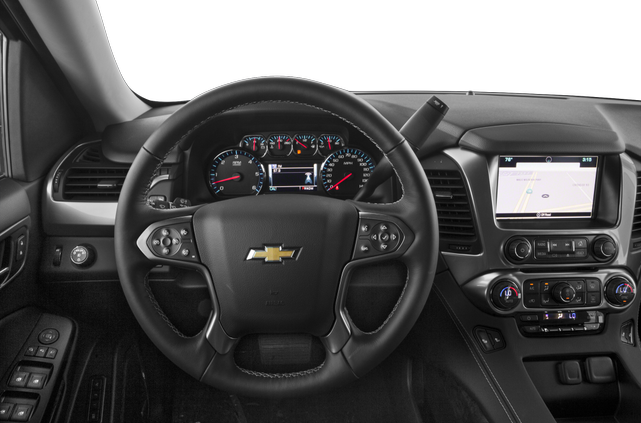 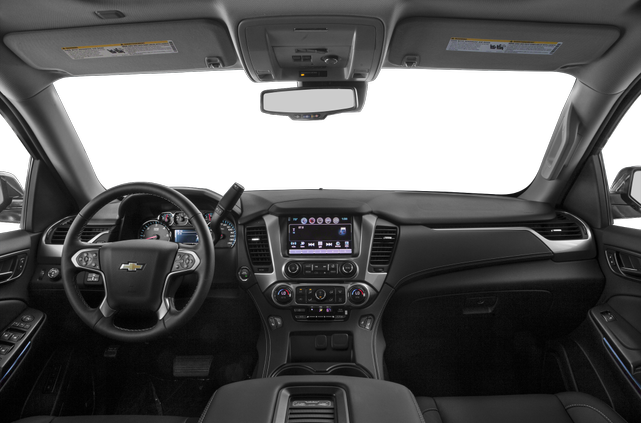 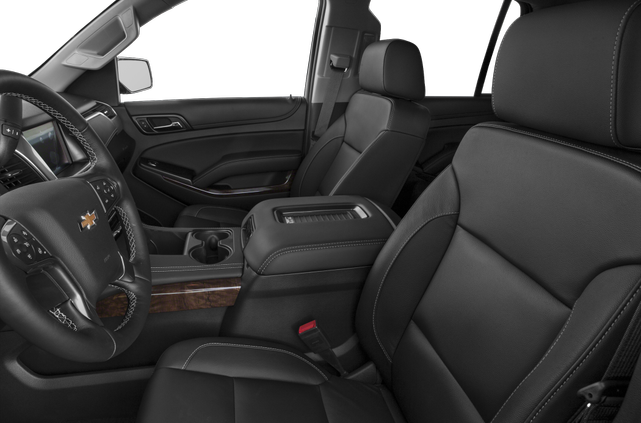 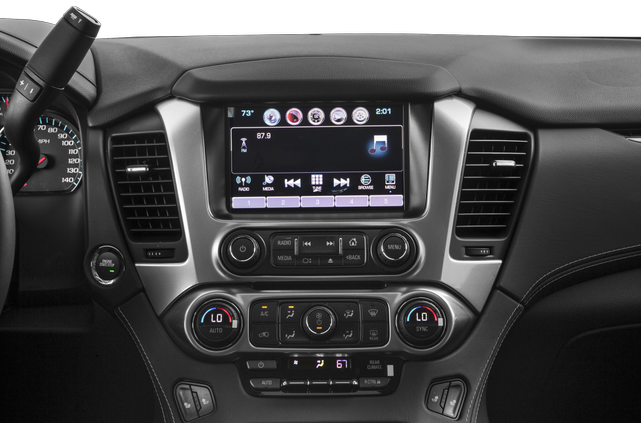 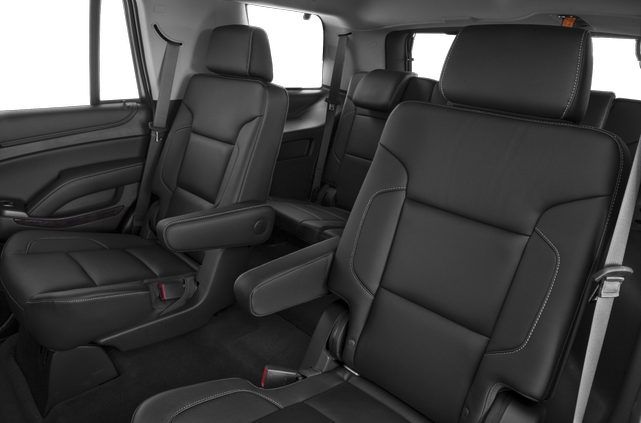 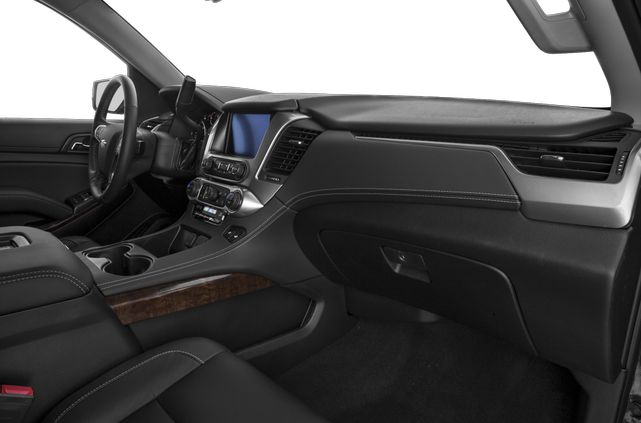 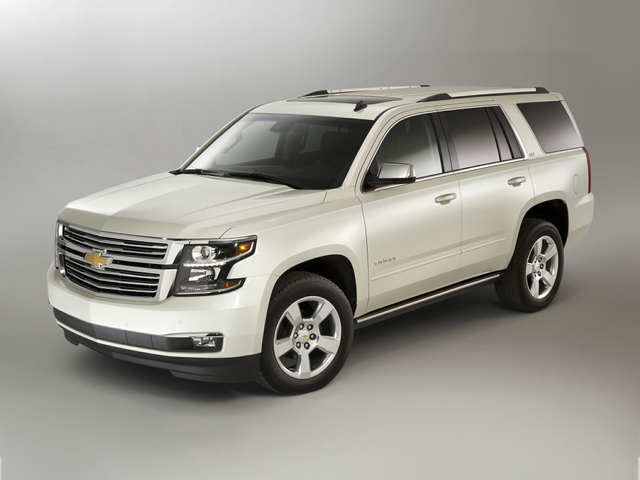 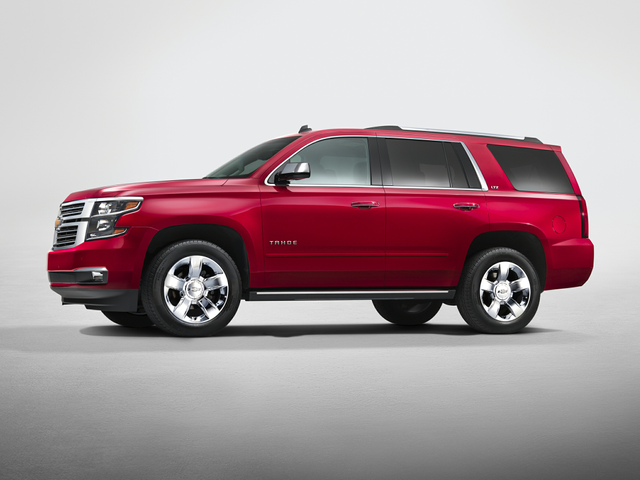 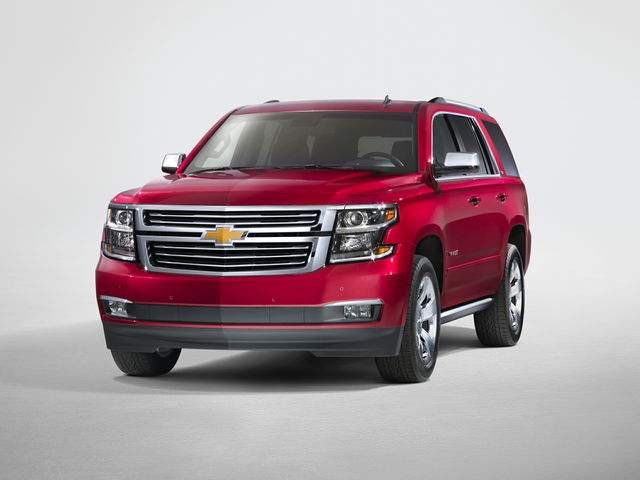 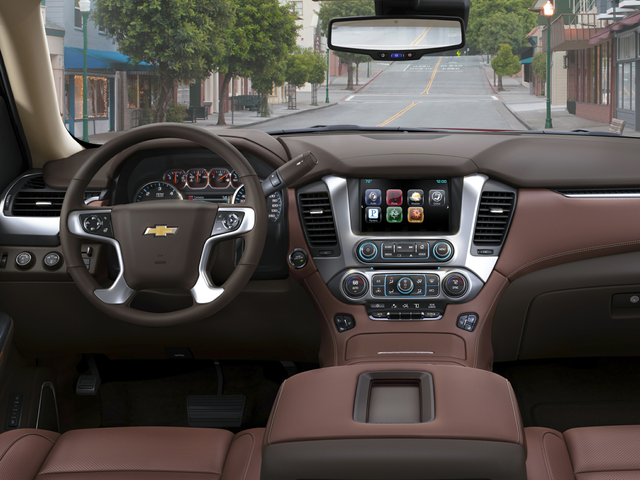 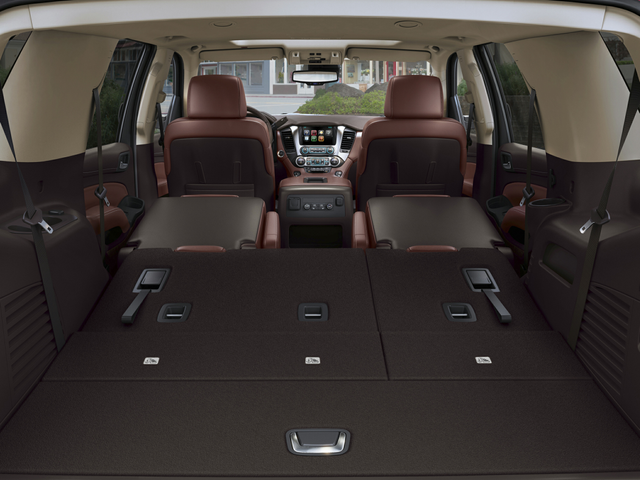