Our 2006 Chrysler PT Cruiser trim comparison will help you decide.

It’s convertible weather again, and that means those of us who have the privilege of owning topless cars can begin enjoying them again.

To kick off the convertible season, Chrysler brought us the 2006 PT Cruiser ragtop as our weekly test vehicle.

But not just the entry-level model, mind you. Ours was the top-of-the-line GT Turbo version, which lists for $28,860 plus freight ($640) and options.

And if you thought the regular PT Cruiser was cool, you’ll probably find the convertible even more so.

Introduced in spring 2004 as an early ’05 model, the convertible version of the retro-styled PT added a whole dimension to the vehicle line that has become one of the most-successful Chrysler products ever.

To help keep interest in the PT alive, Chrysler decided that it needed something extra, more than just the small wagon-sport utility body style that had been the only design offered on the PT in its first four years.

With the convertible, the goal, was to re-establish some excitement in the PT line by extending its appeal beyond consumers who were content to drive a little wagon. The ragtop, Chrysler says, appeals to an entirely different type of consumer.

The ragtop was a long time coming to market. It took Chrysler engineers three years to work out the details after the company introduced the ragtop concept at the 2001 New York auto show. The convertible was a challenge to engineers because of problems maintaining structural integrity of the vehicle with its top cut off.

But after some time behind the wheel, it’s evident that the engineers got it right. The PT convertible seems to have no more body sway and flex than most other convertibles, and less than some. To its advantage, the PT was designed and built to be a ragtop, and comes off the assembly line that way. Many other convertibles begin as coupes, and are taken to subcontractors after they are built to have their hard tops chopped off and soft tops installed.

The car is a beauty – considerably more appealing with the top down than up, as a matter of fact. Chrysler’s designers have created a vehicle that is both aesthetically appealing and practical, while also being quite fun to drive.

And for its second year on the market, the convertible gets some upgrades, including more power for the GT’s turbocharged engine, as well as a “refined” exterior and a new interior design.

For 2006, there are new front and rear fascias, a new front grille bearing the Chrysler badge and chrome accents, and new headlights and fog lights.

Interior changes include new seat trim and fabrics; a redesigned instrument panel with a satin silver finish and larger graphics; new flush air vents; and a Chrysler signature analog clock. A passenger grab handle has been added to the right side of the instrument panel.

Other new features include a six-way power adjustable driver seat (optional on base models, but standard on the GT), and an updated vehicle information center that includes compass and temperature displays, audio information, fuel economy, distance to empty and elapsed time. The information is presented on a digital display on the left side of the instrument panel.

This is a practical convertible because it has a rather roomy back seat, something rare in a ragtop.

It has the most interior volume in the subcompact convertible class – 84.3 cubic feet, compared with less than 80 cubic feet for its two biggest competitors, the Ford Mustang and Volkswagen New Beetle convertibles. It has 10 inches more leg room in the back seat than those competitors, making the car a true four-seater, with comfortable accommodations for adults in all four places.

The back seat is best left to kids, however, because of the hassle of getting in and out. Since the convertible has just two doors, instead of the four of the wagon model, rear passengers have to climb in through the front, after one of the two front seats is tilted forward. If you’re much bigger than an elementary-school-age kid, it’s not much fun trying to get in or out of the back.

Although our GT model was pricey, with a $30,200 sticker including freight and options, you don’t have to spend that much to get a PT convertible.

The entry-level version, called the Touring model, starts at $24,045 (including freight), and comes with the same 2.4-liter, 150-horsepower four-cylinder engine found in the base wagon model, connected to a five-speed manual gearbox. There was an even cheaper model early in the ’06 run, but that one, which began at just over $20,000, has been discontinued for lack of consumer interest, a Chrysler spokesman said.

Extras on our car were limited to the automatic transmission ($550) and linen gold metallic exterior paint ($150).

The convertible top on both models is the same, electrically operated by a switch on the center of the dash.

After the catch in the center front of the top is released, the electric motor lowers it fully in about 10 seconds.

A tonneau cover stored in the trunk can be snapped into place to tidy up the vehicle’s looks, but because it’s so much trouble, I didn’t bother with it.

The sport bar across the cabin above the area between the front and back seats looks like a roll bar, but is not designed to be. Primarily for looks, it does help reduce wind flow and noise inside the car at highway speeds with the top down.

Trunk space is limited – just over seven cubic feet – but if you don’t need the rear seat for passengers, it will fold down to expand the trunk space to more than 13 cubic feet, or to carry two sets of golf clubs.

All models come with a feature called “smart glass,” which automatically lowers the windows about 10 millimeters when the doors are opened, helping to protect the seal between the windows and the convertible top.

Also, the convertible top can be lowered without lowering the windows; an automatic system drops the windows about 40 millimeters when the top-down button is pushed. Many people prefer to ride with the windows up in a convertible at highway speeds, particularly in cooler weather.

EPA fuel-economy ratings were decent for our GT turbo model with the automatic – 19 miles per gallon in the city and 26 mpg on the highway.

Touring models with the base engine and manual gearbox are rated at 22 city/29 highway.

Advantages: Chrysler added a convertible to the PT Cruiser lineup for 2005, and for 2006, the most exciting version of the ragtop is the GT Turbo model, with sport leather seats. It’s a great design and a fun car to drive with the top down or up.

Negatives: Gets a bit pricey with the GT package and popular options; trunk space is limited.

Price as tested: $30,200 including freight and options (GT Turbo model with automatic transmission and 230-hp. engine).

Prices shown are manufacturer’s suggested retail. Actual selling price may vary according to manufacturer and/or dealer rebates, incentives and discounts, if any.

January 21, 2021
By NANCY from Colorado Springs
Owns this car

Great car and all was explained over the phone, and sent videos. What a great car, and no problems at all. It's a fun car, and my second PT Cruiser

A Car that can last forever

This car has been my first favorite. Has plenty of space and it always comes in many styles and designs. I’ve owned 2 PT Cruisers so far

My Favorite Car Ever!

I love the RETRO LOOK. The PT Cruiser's design was based on the 1934 Chrysler Airflow. I love how it handles, very sporty and responsive. The seats sit you up high, so wonderful visibility. Great get around town car. Great cargo space! The back seats flip down flat so, you have the same cargo room as an SUV. Power driver's seat, power windows & door locks, power sliding sunroof w/rain guard, 4 door-windows w/ rain guards, rear defroster & wiper, 2 keys, radio w/CD, A/C runs cold. It was my favorite car ever.

Rating breakdown (out of 5):
12 people out of 12 found this review helpful. Did you?
Show full review
See all 80 consumer reviews

All model years for the Chrysler PT Cruiser 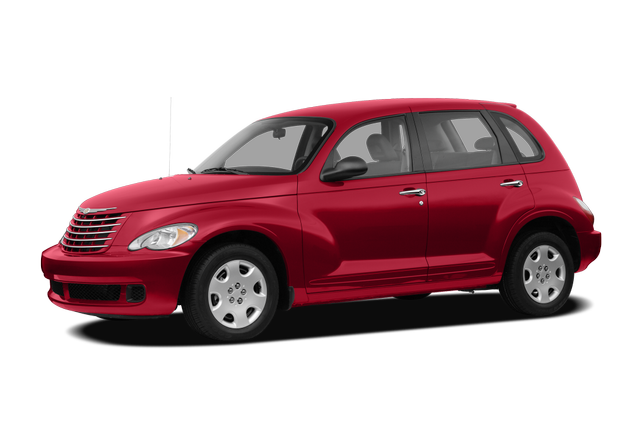 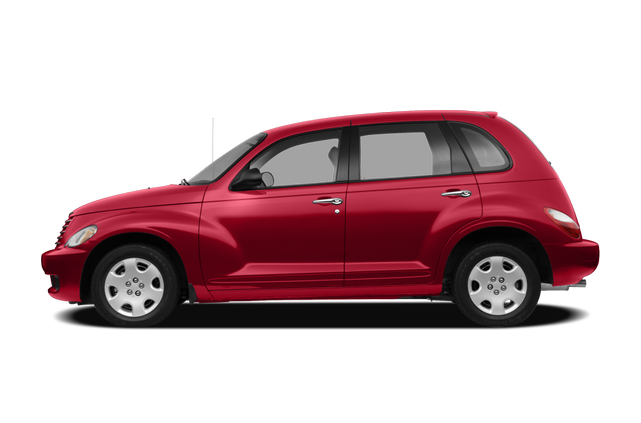 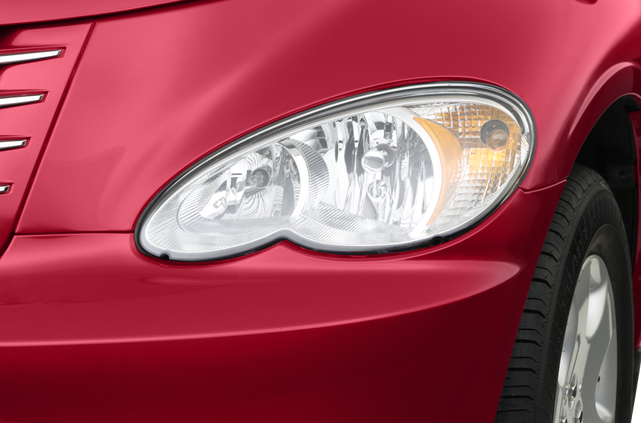 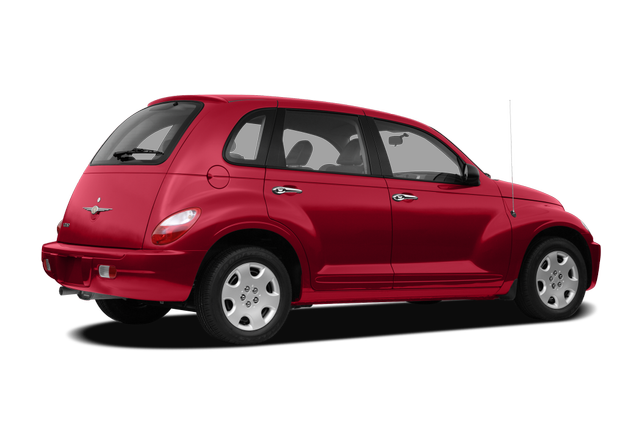 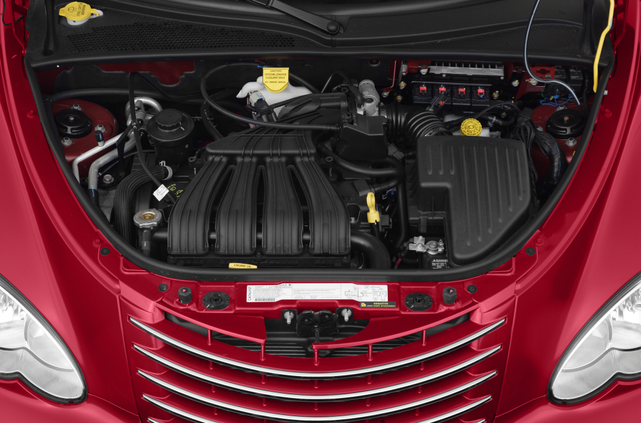 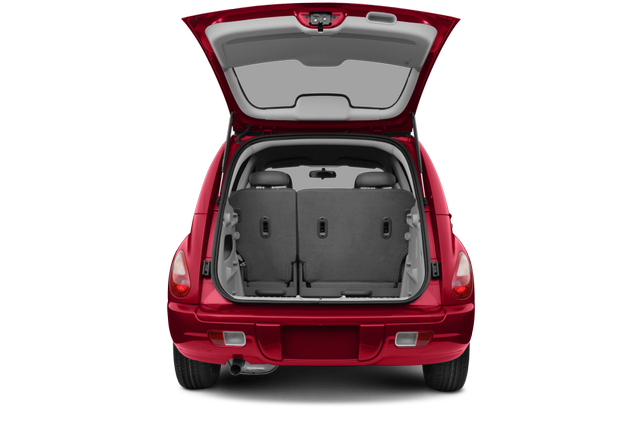 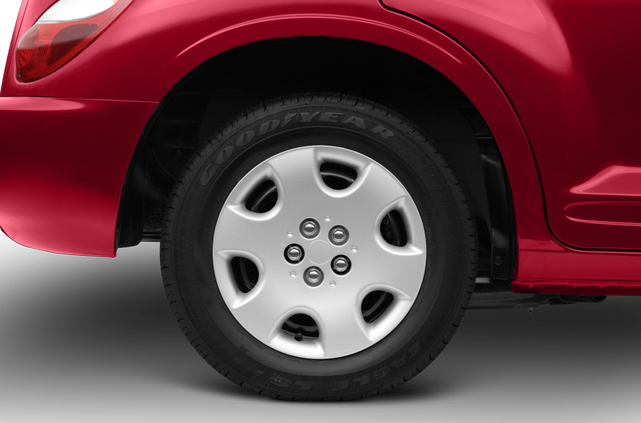 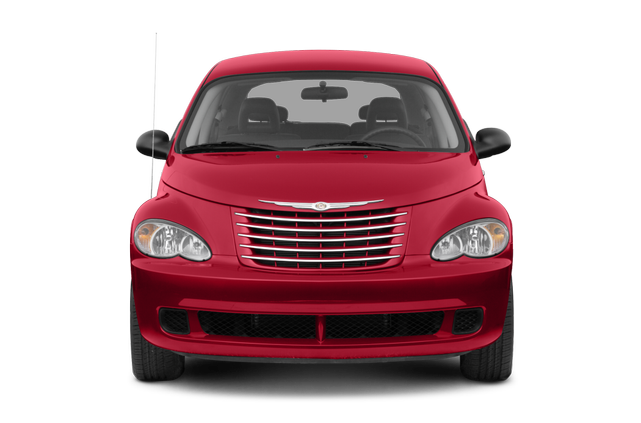 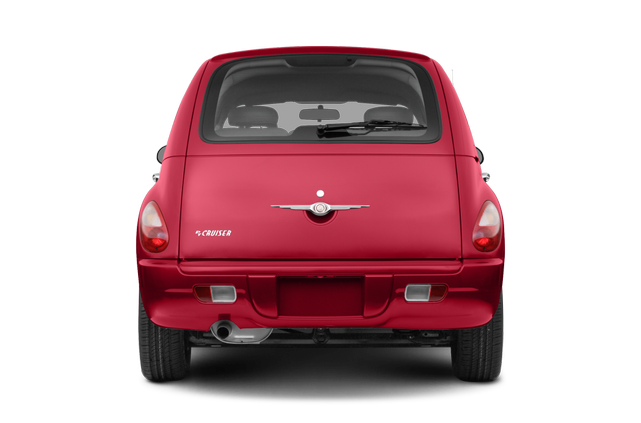 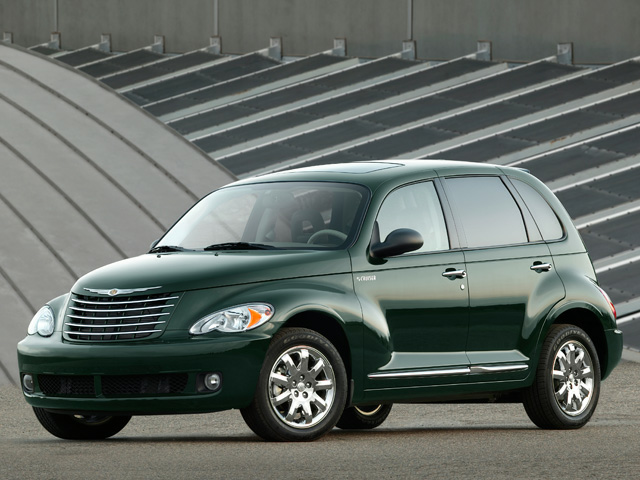 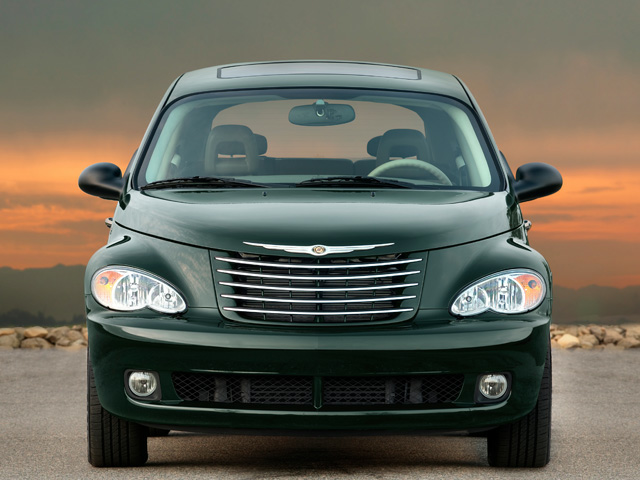 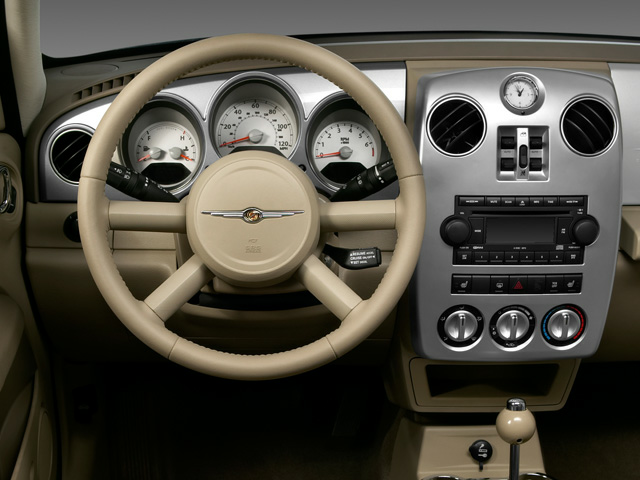 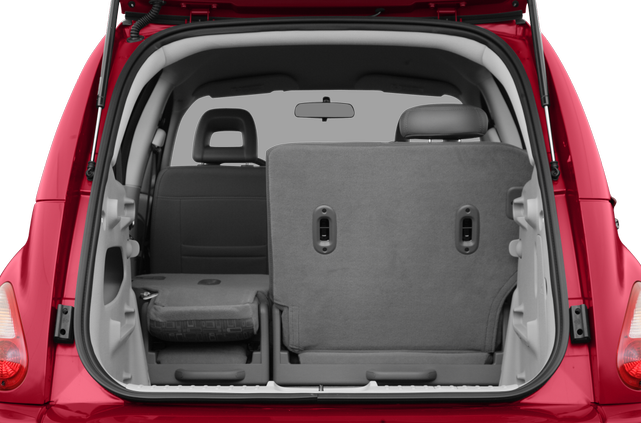 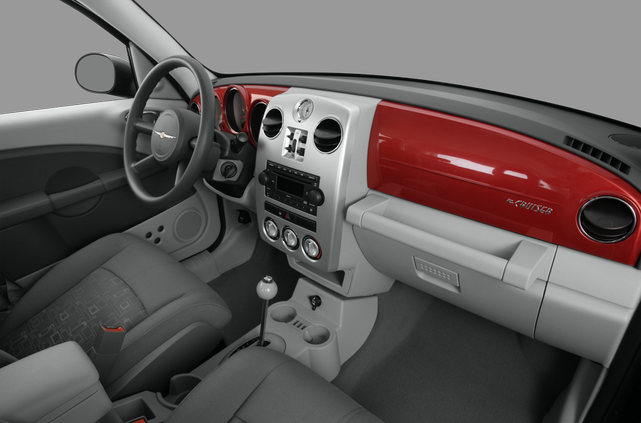 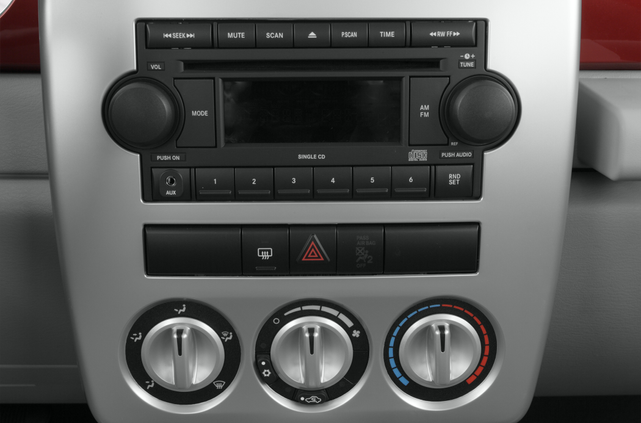 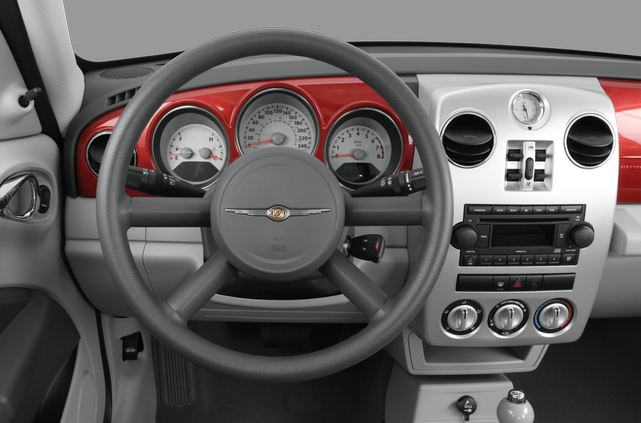 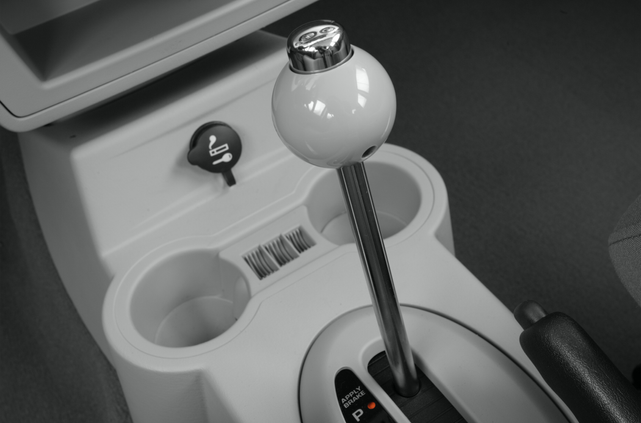 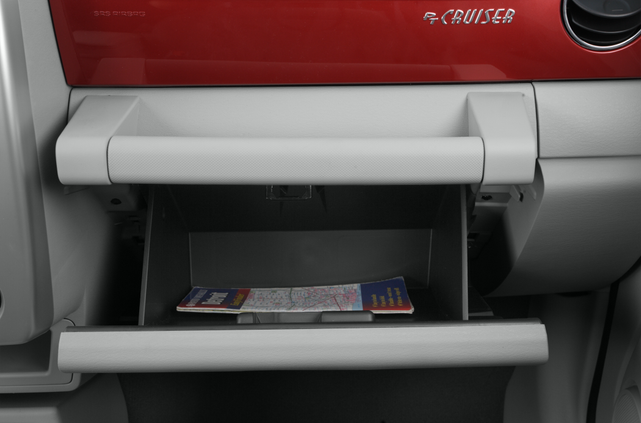 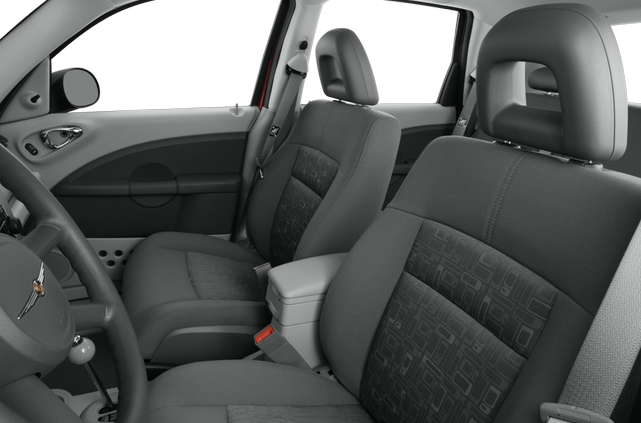 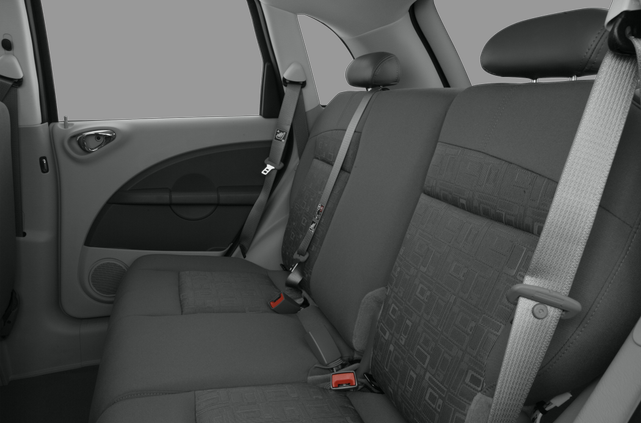 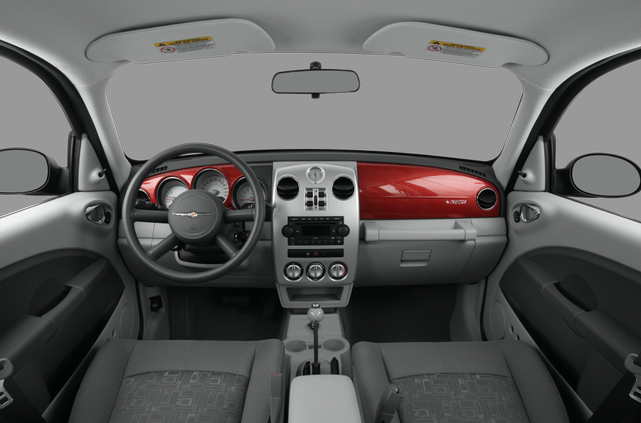