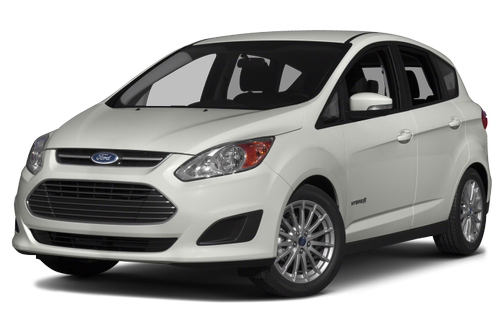 Our 2013 Ford C-Max Hybrid trim comparison will help you decide.

Editor’s note: Estimated mileage ratings have been lowered to reflect a June 2014 Ford audit of this car’s stated mileage.

Few automakers have taken a direct shot at Toyota’s green icon, the Prius hybrid. Now Ford has: It’s the 2013 C-Max Hybrid, but its overall refinement has been marred by poor reliability and two downward revisions in EPA gas mileage.

Earlier plans to bring a seven-seat C-Max minivan from overseas were scrapped, and now the C-Max comes as a hybrid and a C-Max Energi plug-in hybrid, each with five seats. Ford has targeted the plus-sized Prius v as the C-Max’s primary competitor, but it’s priced closer to the Prius, so you might shop it against both — or a well-equipped Honda Insight, for that matter. Compare these models here.

C-Max trims include the SE and SEL; we tested a well-optioned SEL. We cover the C-Max Energi separately in Cars.com’s Research section.

That’s One Tall Hatch
The C-Max shares platforms with Ford’s popular Focus compact car and Escape SUV, and the styling similarities are obvious. Its profile falls somewhere between the two. It’s essentially a very tall hatchback, with a roofline 6.2 inches higher than the Focus and 2.4 inches short of the Escape. It’s a stubby profile, too, coming in substantially shorter, bumper-to-bumper, than the Prius or Prius v but wider and taller than both.

The height shows in the interior, where the driving position feels closer to an SUV than a car. The C-Max’s abundant headroom is useful; I could elevate my seat high without my head scraping the ceiling in our moonroof-free test car. Alas, the A-pillars stretch far enough ahead to sit in your field of vision, spoiling some of the otherwise commanding view.

Curiously, the second row sits a lot lower. It provides a flat cargo floor when folded down, but seated adults will find their knees pointing up in the air. Given the headroom surplus, I wish Ford had elevated the seat, even if it meant a slight ledge in the cargo floor.

There’s 52.6 cubic feet of maximum cargo volume with the seats folded. That figure splits the difference between the Prius’ 39.6 cubic feet and the Prius v’s 67.3 cubic feet. But the C-Max lacks any backseat adjustments, which the Prius v and several other hatchbacks include.

If Ford merely squeaks by in the race for versatility, it wins the cabin materials contest. From the dashboard and doors to the steering-wheel trim and headliner, the C-Max boasts handsome materials where other hybrids cheap out. The Prius and Honda Insight feel insubstantial, and even the richer Prius v has its share of cost-cutting. The C-Max is a step up.

Alas, the dashboard controls are bad news. Our test car had the latest version of the automaker’s much-maligned MyFord Touch. Thankfully, Ford didn’t include touch-sensitive dashboard keys in this car, but the system’s touch-screen still has too many pinky-size buttons for important functions, and menu changes lag for a full second. Despite efforts to call off the search, Bluetooth hunts for phones that left the car long ago. The voice-recognition software fouls up more address entries than it gets right. And the bungles go beyond MyFord Touch; even the C-Max SE, which drops MyFord Touch, adopts a confusing jumble of  stereo controls. The dual-zone climate controls on all trim levels have sunken dials that slip your grasp. It’s high time for Ford to rethink its controls, whose issues — both ergonomic and electronic — bury other strengths.

Ride quality is firm but controlled, and the C-Max steers exceptionally well. The wheel has substantial, hefty confidence on the highway, with precise turn-in when you cut into corners. Toss the car around, and it displays outstanding balance — a result of Ford’s masterful small-car platform. Short of the luxury field, most hybrids drive like high-mileage commuter cars. Kudos to Ford for breaking the mold.

Mileage Mix-ups
EPA-estimated mileage for the C-Max is 42/37/40 mpg (city/highway/combined), reflecting the mileage gains from regenerative braking and low-speed EV power, both of which help the city figure. That’s short of the 42-mpg Prius v and well short of the 50-mpg Prius (both EPA combined ratings).

It wasn’t always the case, however. Originally the EPA issued a combined 47 mpg rating on the C-Max, but subsequent investigations found that mileage didn’t hold up in the real world. Ford lowered its combined mileage to 43 mpg in August 2013 after uncovering a faulty EPA rule that allowed the automaker to equate C-Max mileage with the mechanically related Fusion Hybrid (read about it here). Ford lowered mileage again — this time to 40 mpg — in June 2014 after finding to errors in fuel-economy testing (read about it here). In both cases, the automaker compensated current C-Max owners several hundred dollars.

It gets more complicated. Ford also issued drivetrain and climate-control recalibrations in July 2013 to improve real-world mileage in the 2013 C-Max (read about it here). A month later, the automaker promised aerodynamic modifications, lower-friction engine oil and more efficient transmission gearing for the 2014 C-Max to improve mileage further. But none of that seems to have had much effect: EPA combined mileage is 40 mpg for both the 2013 and 2014 models.

We reviewed the C-Max months before the calibration or hardware updates occurred, so our observed mileage reflects the 2013 car before any updates. As it stands, the latest 40 mpg EPA rating appears attainable. With temperatures in the 30s and 40s, I averaged trip-computer mileage in the low 40s over 100-plus miles of driving. Another editor reported 41.0 and 47.4 mpg over two highway commutes with temperatures in the low 30s. If you buy a C-Max and fall short of its mileage claims, shoot us an email to tell us about your experience.

Safety, Features & Pricing
The C-Max has not been crash-tested. Standard safety features include seven airbags plus the required antilock brakes and electronic stability system. Ford’s standard MyKey system allows parents to limit vehicle speed, stereo volume and other features when their teens drive. Click here for a full list of safety features, or here for our evaluation of child-safety seat accommodations.

The C-Max SE starts around $26,000, including the destination charge. Standard features include a USB/iPod-compatible stereo, Bluetooth phone and audio streaming, dual-zone automatic climate control, and a leather-wrapped steering wheel with audio and cruise controls. Add features to the SE or step up to the SEL, and you can get a power driver’s seat, heated leather upholstery, MyFord Touch, keyless access with push-button start, a power liftgate, backup camera, front and rear parking sensors with an automated parking feature, a panoramic moonroof, Sony audio and a navigation system. Load up the C-Max SEL, and the price tops out around $35,000.

C-Max in the Market
No doubt many Escape Hybrid fans were chagrined by Ford’s decision to redesign the Escape without a gas-electric version. The C-Max lacks an all-wheel-drive option, but its mileage and SUV-like qualities should provide a legitimate replacement. Reliability so far has been a black hole — much worse than average for both the C-Max and the plug-in C-Max Energi. Indeed, our test car’s check-engine light turned on thanks to a problematic fuel-filler inlet. We addressed the problem as directed in the owner’s manual, but to no avail.

Will the C-Max ever reach Prius status? Unlikely. Toyota’s halo hybrid has so much brand equity that the automaker could probably get people to buy a Prius pickup or roadster. Ford has a long way to go before it gets there, but the C-Max is a start.

So far, so good! It is my daughter’s first car and she loves it! It’s perfect for her and will hopefully last her a long time.

February 7, 2021
By Deerebilt from Hutchinson, KS
Owns this car

Rating breakdown (out of 5):
3 people out of 3 found this review helpful. Did you?
Show full review
3.4

January 20, 2021
By Billybob21v from Vancouver BC Canada
Owns this car

Love love this car but I would prefer a sunroof that opened to the panoramic roof. What I don’t love is the reliability. The car gas left me stranded twice and has had several 12v electric/electronic issues.

Rating breakdown (out of 5):
6 people out of 7 found this review helpful. Did you?
Show full review
See all 130 consumer reviews

All model years for the Ford C-Max Hybrid 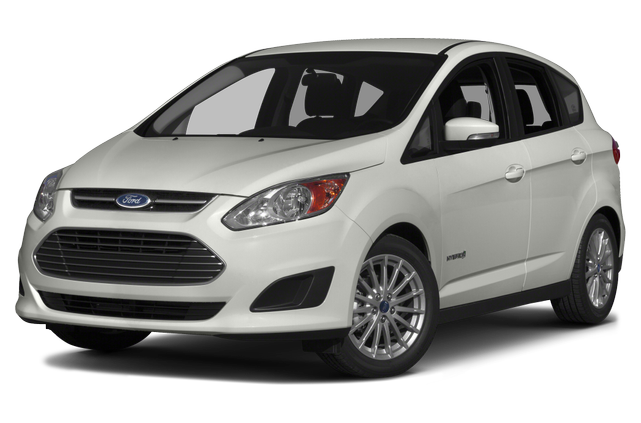 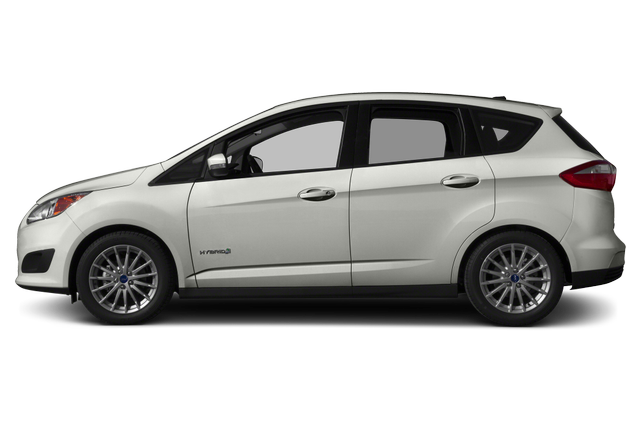 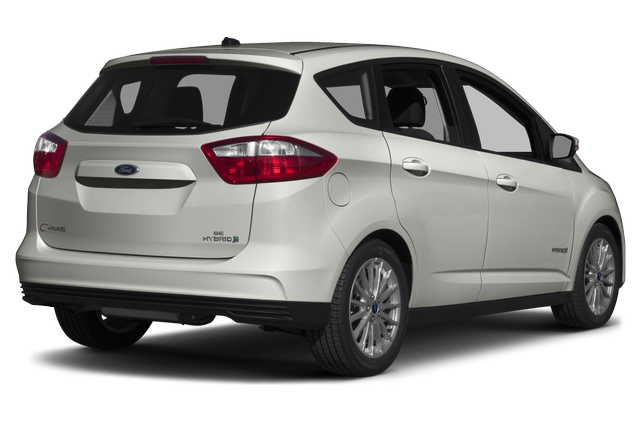 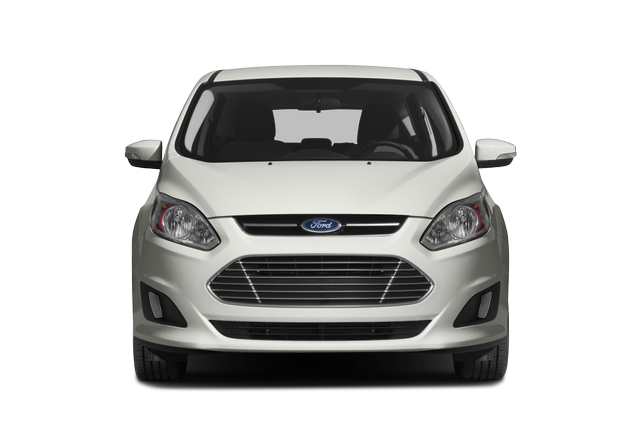 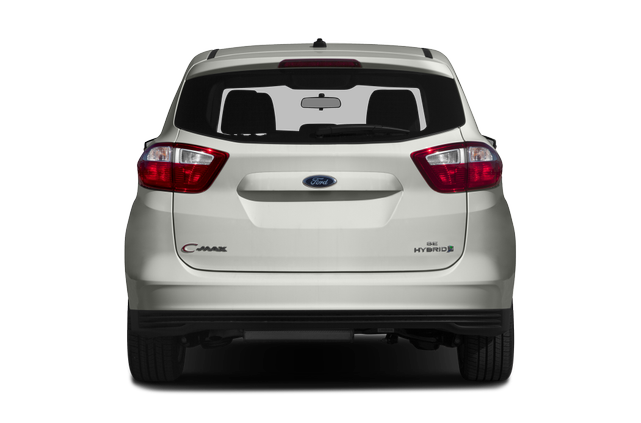 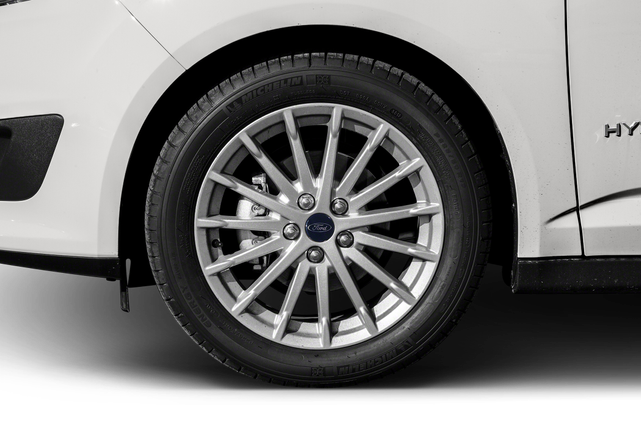 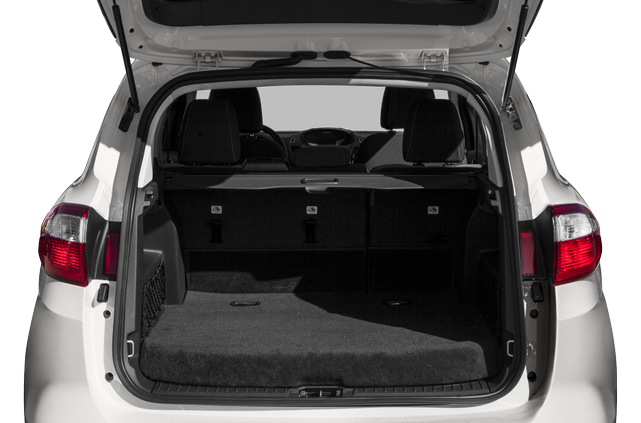 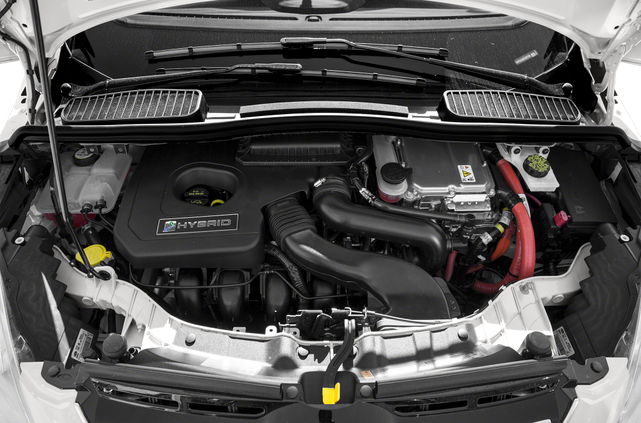 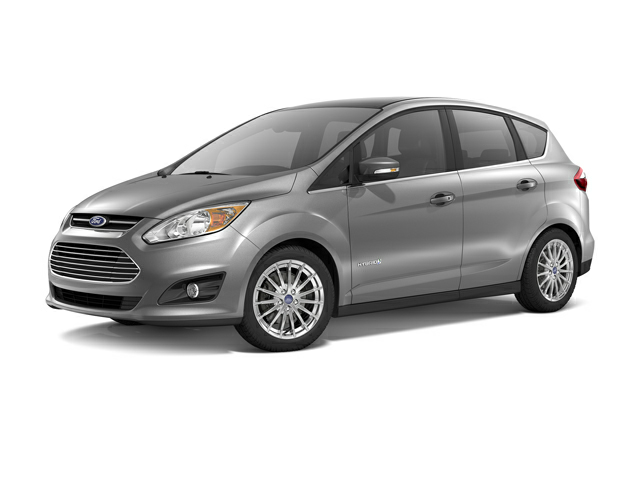 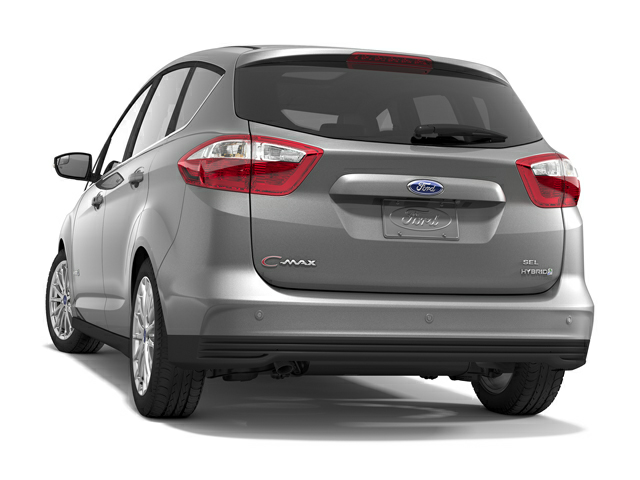 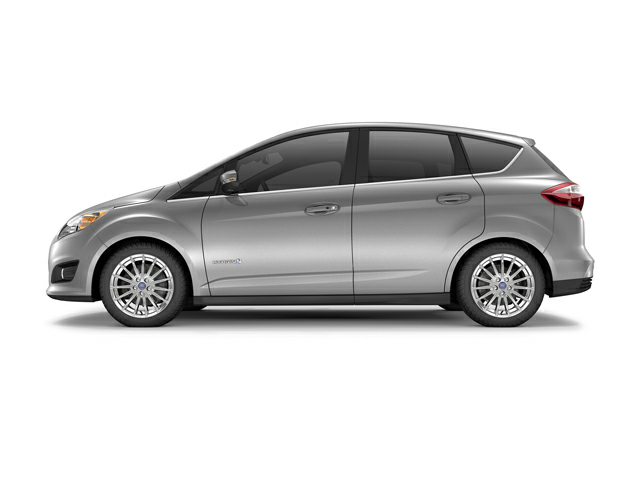 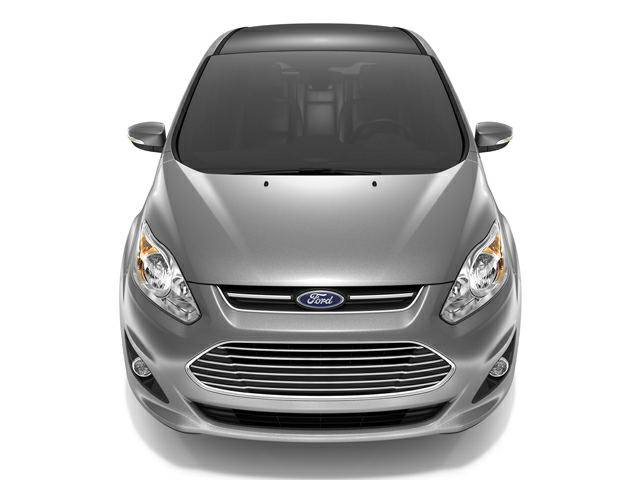 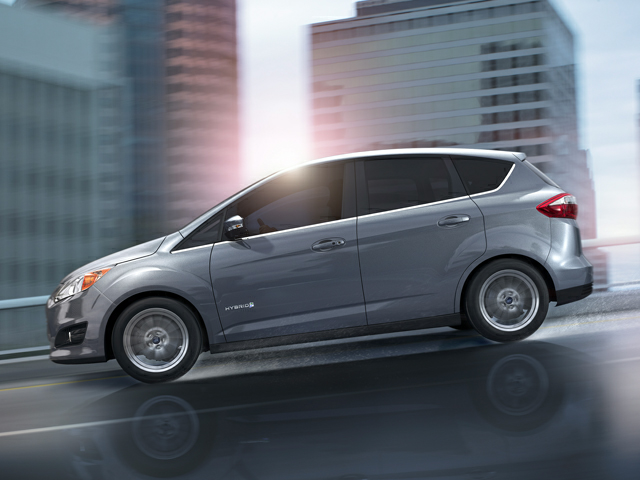 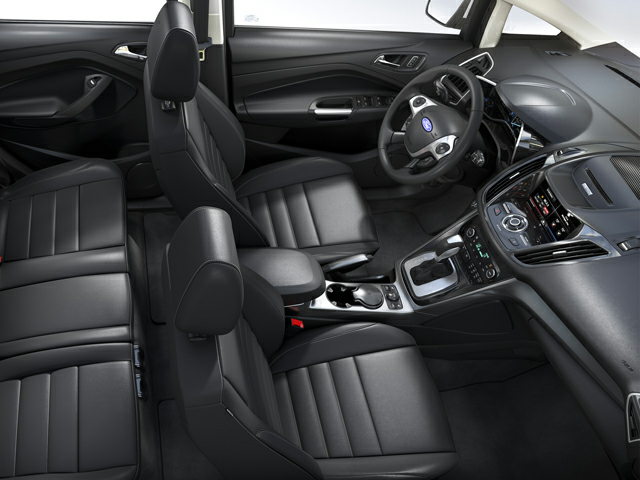 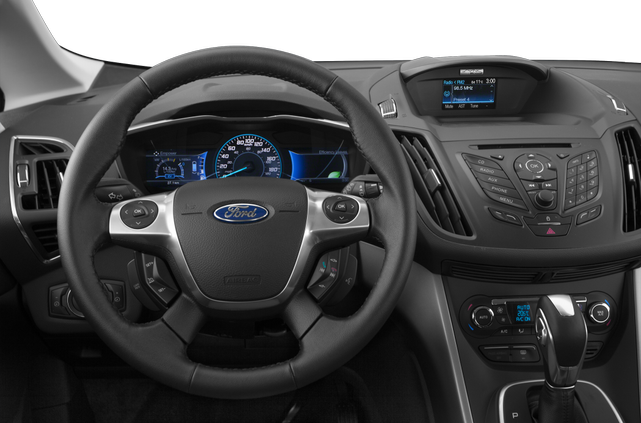 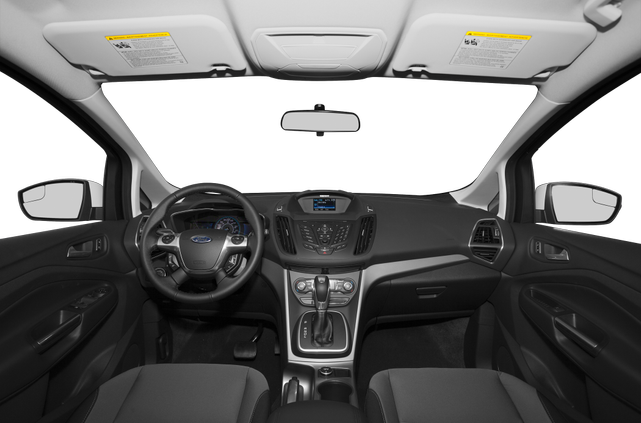 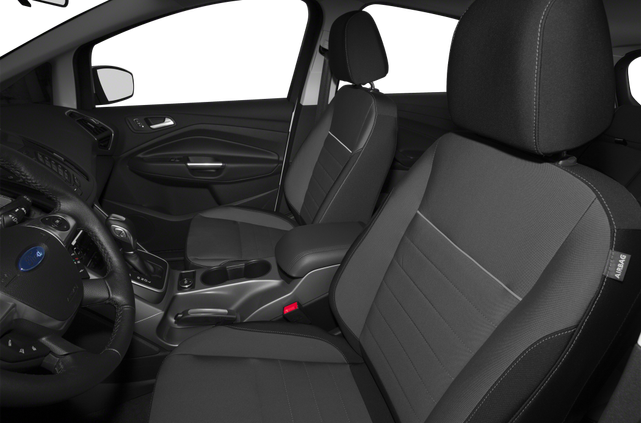 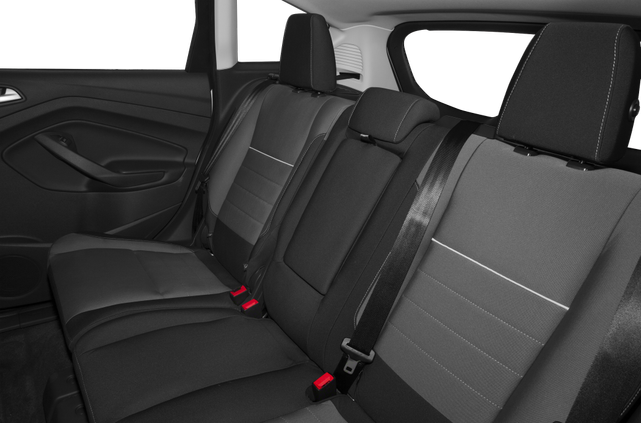 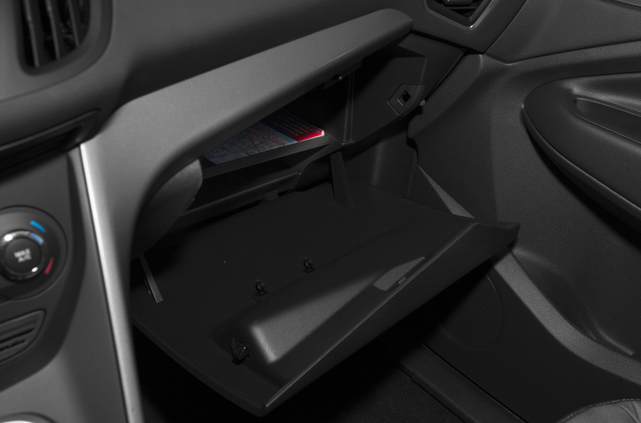 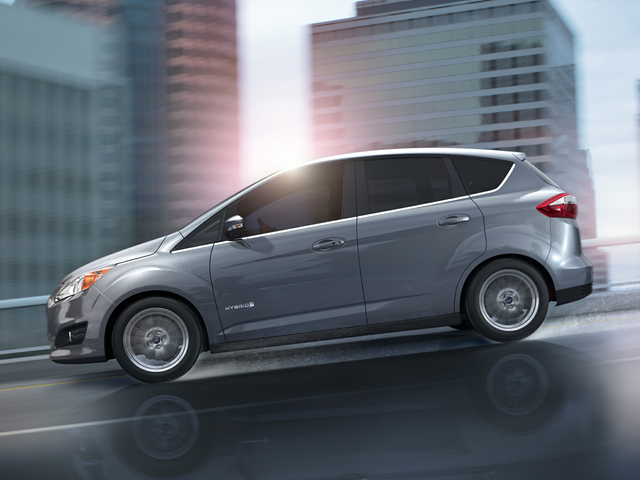 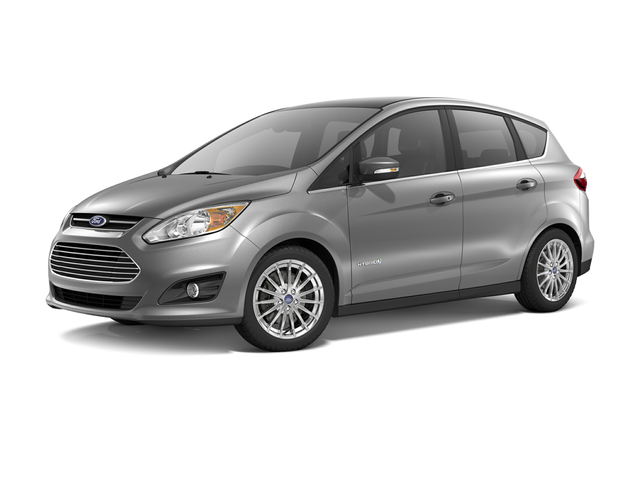 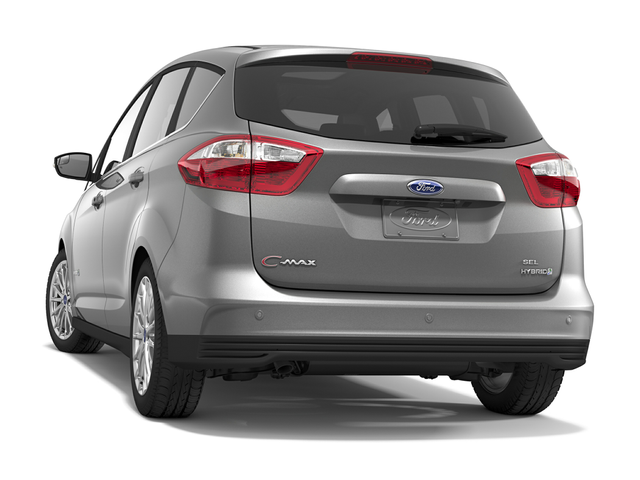 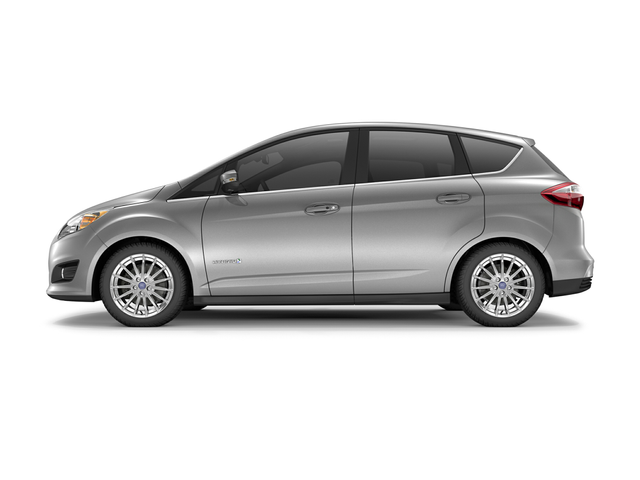 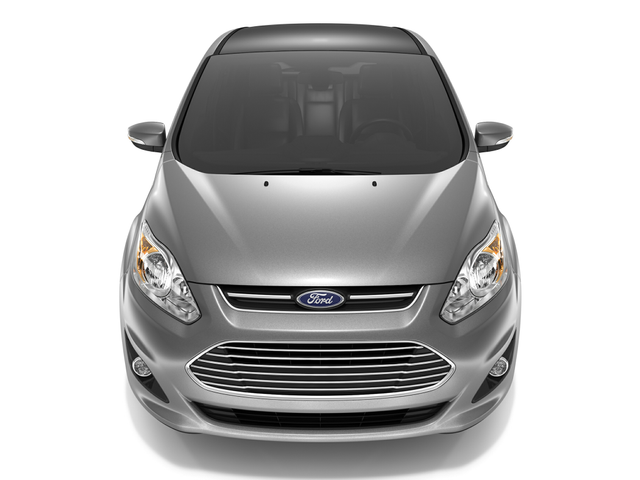 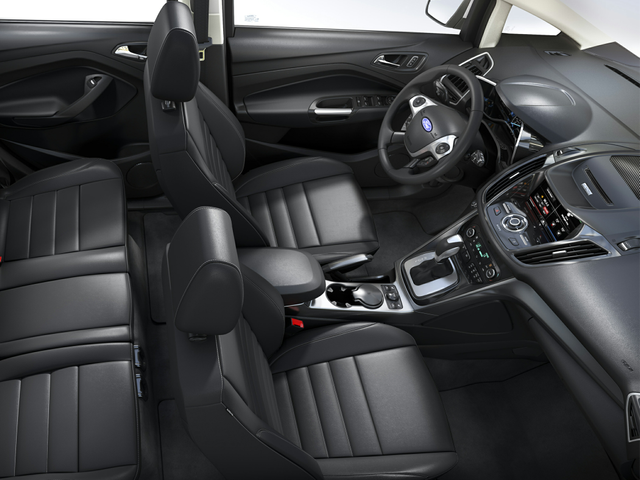