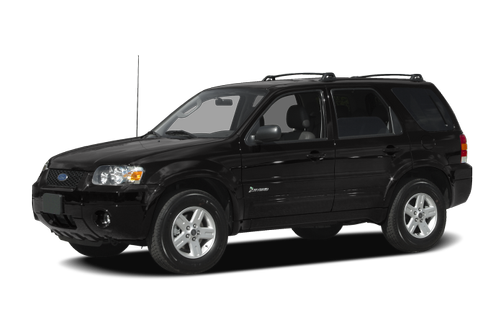 Our 2007 Ford Escape Hybrid trim comparison will help you decide.

Ford Motor Co. was the first U.S. automaker to offer a true gasoline-electric hybrid powertrain on one of its vehicles, with the 2005 introduction of the compact Ford Escape hybrid sport utility.

It was also the first to offer an SUV offered with a hybrid system.

The company followed the next year with a hybrid version of the similar Mercury Mariner.

Essentially, these are the same vehicle, but with one major difference: The Escape is offered in either the less-expensive front-drive version or the costlier all-wheel-drive model, while the Mariner is available only with all-wheel drive.

Entering its third year in production, the Escape for 2007 gets four new options packages that combine appearance, infotainment and safety features.

One of those is a package that brings front seat-mounted side air bags and a side-curtain canopy air bag system to protect front and rear outboard passengers ($595). Production of these hybrids is limited to just a few thousand a year, and during the recent spike in gas prices, these vehicles – as well as most of the other affordable hybrids – were hard to find.

One reason for the limits on production is the limited availability of the battery packs that are used to power the vehicles’ electric motors.

The other reason is that Ford doesn’t make much money on the sale of a hybrid, and would like to keep their numbers to a minimum. For now, hybrids such as these are meant more as a public-relations statement than a serious attempt at saving fuel and helping the environment.

The Escape is one of the few hybrids that can recoup the extra costs of the hybrid system at the gas pumps in a relatively short period, according to a recent study by the consumer automotive Web service Edmunds.com.

The premium for the hybrid drivetrain was calculated from the cost of an ’07 Escape XLT, which Edmunds determined was the gasoline model with equipment and options most closely matching the standard features of the hybrid.

To allay a concern many consumers have about the hybrids – the expense of replacing the nickel-metal-hydride battery pack should it fail – the Escape and Mariner come with an eight-year, 100,000-mile warranty on all hybrid-system components, including the battery pack.

Beyond that, though, replacement of the batteries, which are installed under the rear cargo floor, could costs as much as $5,000.

For this report, we tested the front-drive Escape model (base price $25,600 plus $615 freight), but we previously had tested the all-wheel-drive Mariner model, which begins just under $30,000.

We found both vehicles to be capable of handling a family’s vacation travel needs the way a good SUV should, while giving nearly 30 miles to the gallon in combined city/highway use (slightly higher for the front-drive model).

That’s more than a 50 percent improvement over the mileage of most midsize, gasoline-powered sport utilities. Over long highway drives, the hybrids’ fuel economy is quite evident.

While they have some different external styling touches, the Escape and Mariner are very much alike. They share the hybrid drivetrain.

The Escape and Mariner come with a 2.3-liter, four-cylinder Atkinson cycle gasoline engine and a 70-kw electric motor, connected to a continuously variable automatic transmission.

This is a true hybrid system, unlike those used on the Honda Civic, Accord and Insight hybrids and the new Saturn Vue Green Line.

On those vehicles, the electric motor is used only to assist the gasoline engine, but cannot propel the vehicle alone.

But with the Escape and Mariner, along with all of Toyota’s hybrids and the new Nissan Altima hybrid, the electric motor can move the vehicle by itself at speeds up to about 25 mph.

The Escape/Mariner gasoline engine is rated at 133 horsepower, and the electric motor is equivalent to 94 horsepower.

Together they give these vehicles a combined 155 horsepower, and 50 percent better fuel economy in city driving than a V-6 powered Escape or Mariner. Yet acceleration is comparable to that of a V-6, Ford says.

That might be a bit of a stretch, though, depending on what six-cylinder engine they’re talking about. The power is almost as much as that of the V-6 in the comparably sized Chevrolet Equinox (185 horsepower), but much less than the Honda V-6 that powers the gasoline-only version of the Saturn Vue (248 HP).

The Escape we tested did have adequate power for most situations, even though it felt more like a four-cylinder car than a V-6 most of the time. Most consumers should be able to live with that, though, in return for the greatly improved fuel economy.

With two-wheel drive, the Escape’s EPA ratings are 36 miles per gallon in the city and 31 mpg on the highway.

For the four-wheel-drive models, the figures are 33 city/29 highway.

The mileage for city driving is higher than for highway cruising because the vehicle is designed to shut off its gasoline engine during stops and to start up only on electric power.

Ford developed its own hybrid system and did not copy any of Toyota’s processes, but the final Ford system was so similar in many ways to Toyota’s that Ford licensed 20 hybrid-drive patents from Toyota to avoid potential patent-infringement claims.

Toyota and Ford both acknowledge that the Escape and Mariner do not use any Toyota hybrid-drive components, however. Ford’s are made by the Japanese automotive supplier Aisin.

As with the regular Escape and Mariner, the hybrid models seat five people quite comfortably, and there is plenty of room for luggage in the rear cargo area.

The cargo compartment has a lift gate that opens all in one piece, or the rear window can be opened by itself to load small items without opening the entire door. This is handy when the entire cargo area is packed, and opening the door might allow some things to fall out.

The vehicle rides smoothly on the highway, but is a bit noisy. Part of that noise is from the four-cylinder engine working so hard in conjunction with the continuously variable transmission, which has no identifiable shift points.

Extras on our tester included the navigation/audiophile stereo system upgrade ($1,995); the safety package ($595), which added the front seat side air bags and the side-canopy air bag system; an exterior appearance package ($695); and a 110-volt power outlet ($180), located in the center console between the front seats.

Total sticker for our vehicle was $29,705, including freight and options. A federal tax credit may be available on the purchase of an Escape hybrid; check with your tax preparer.

It exceeded all of my needs. I loved everything about it from the style to the comfortability. 10/10 would recommend to any driver that wants a reliable car.

If you're looking for a very good for a low price, you found the right one that can help you to save money on gas and you will have a break with the repair shop for a while if you keep it maintained(oil change, tune up on time).

I bought this car slightly used, and I have kept up the maintenance diligently, so this car has been a favorite of mine since the test drive back in 2010. The mileage is wonderful for a small SUV - it's better in the summer vs. winter - and it's roomy enough for me and my husband. My only sad (re)view is that Ford has stopped making Escape Hybrids. I will look into the EcoSport Hybrid in several years when mine finally decides to go to the car graveyard.

All model years for the Ford Escape Hybrid 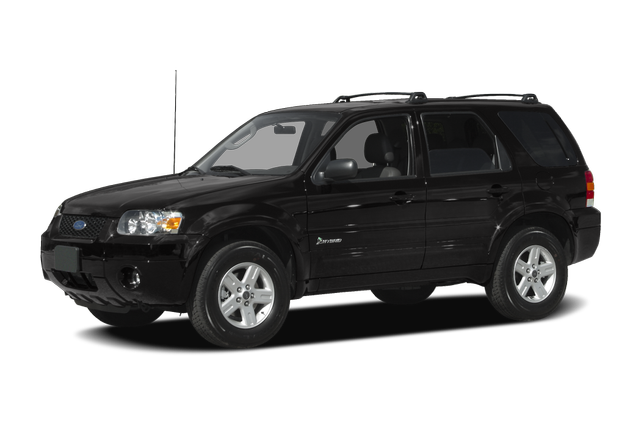 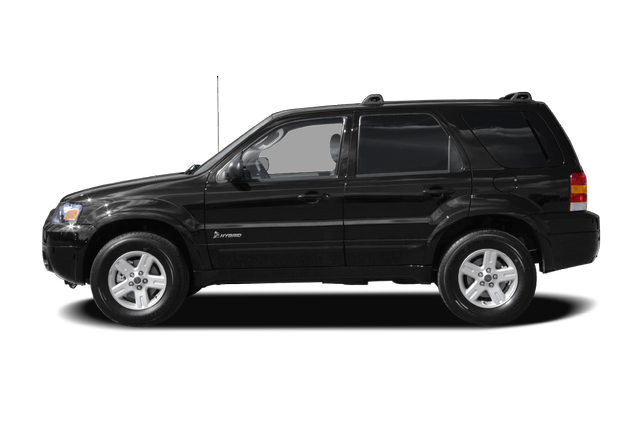 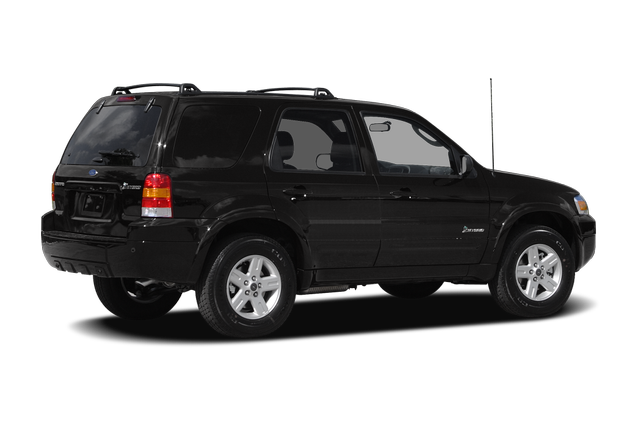 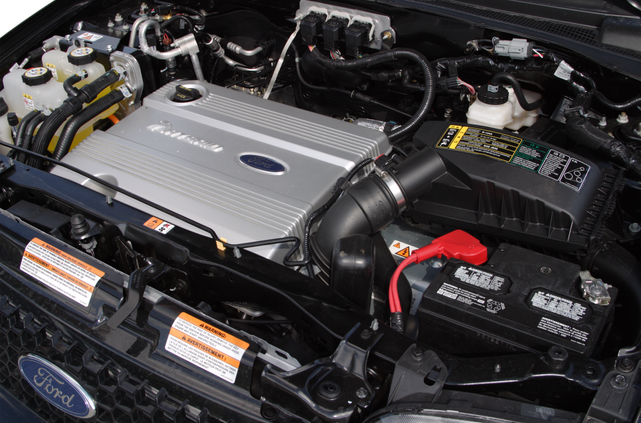 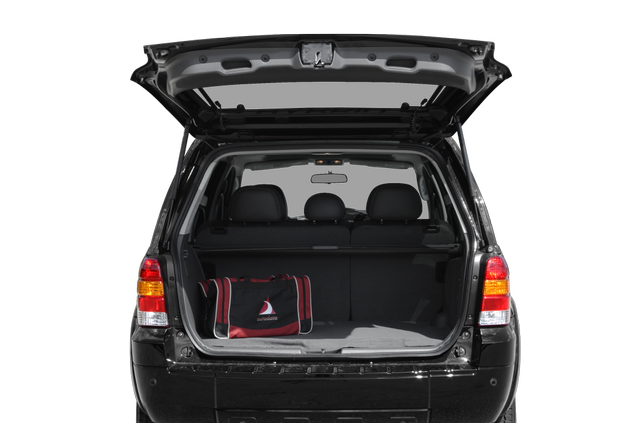 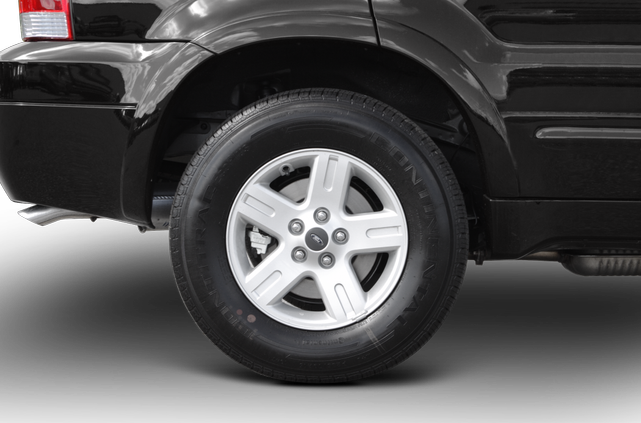 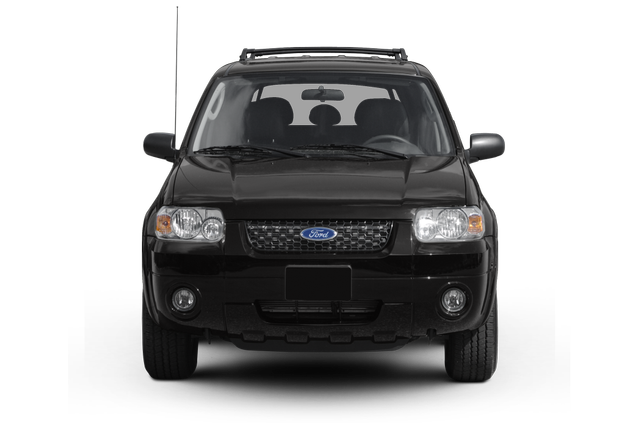 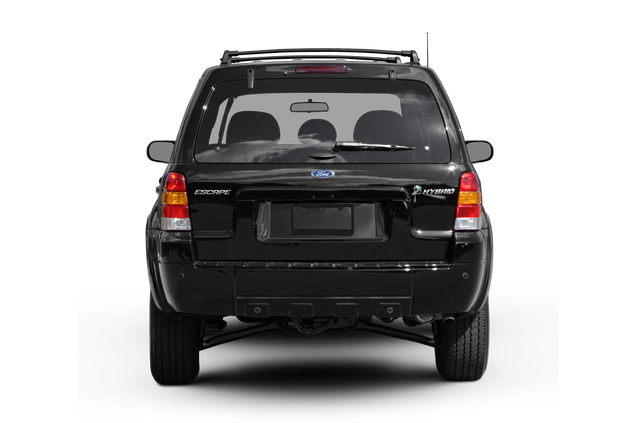 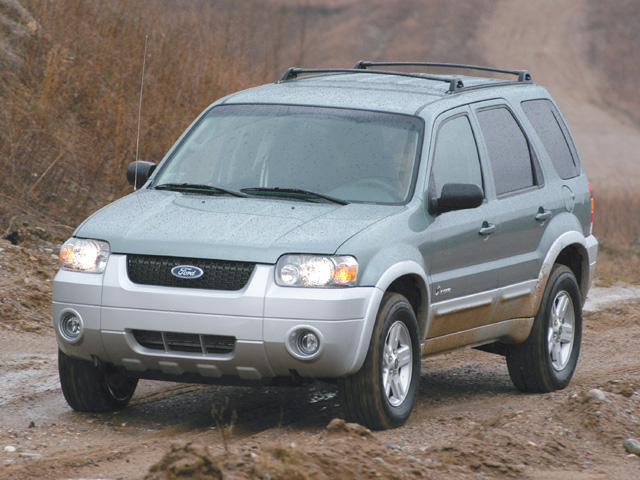 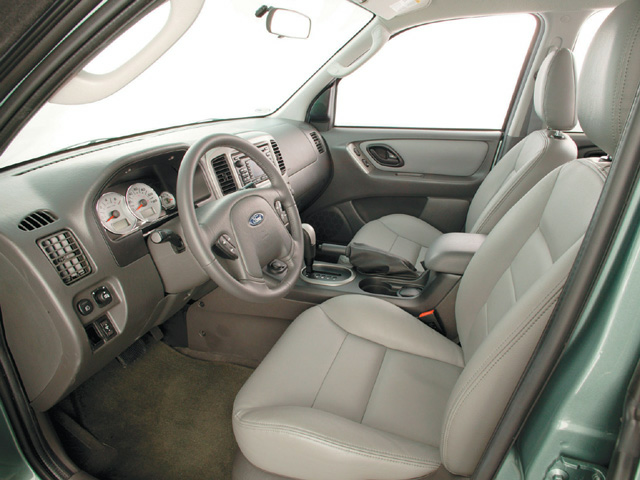 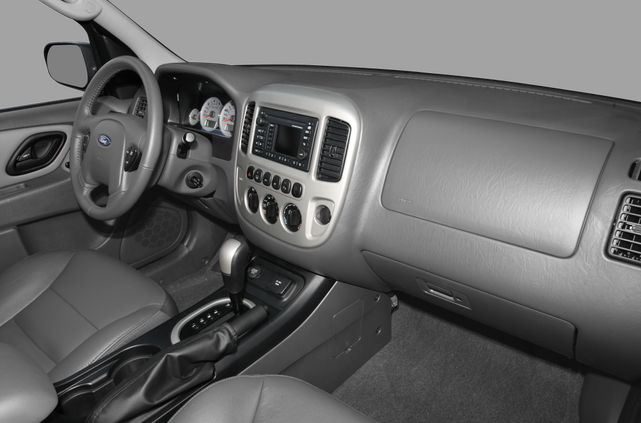 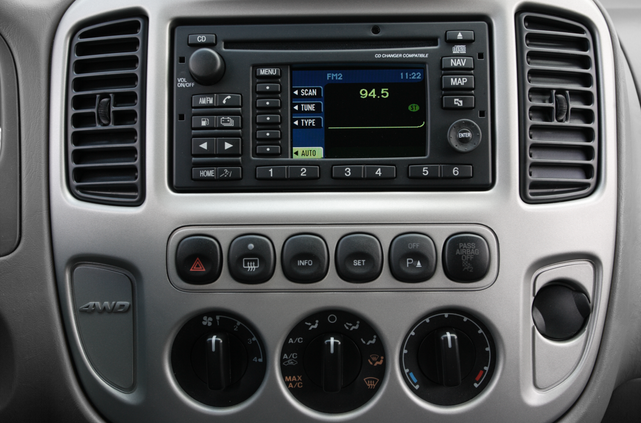 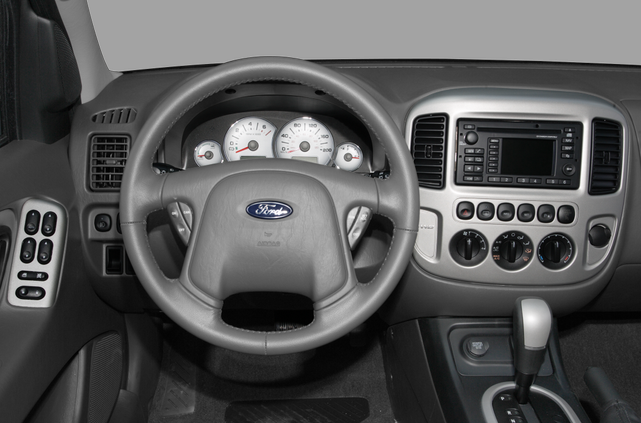 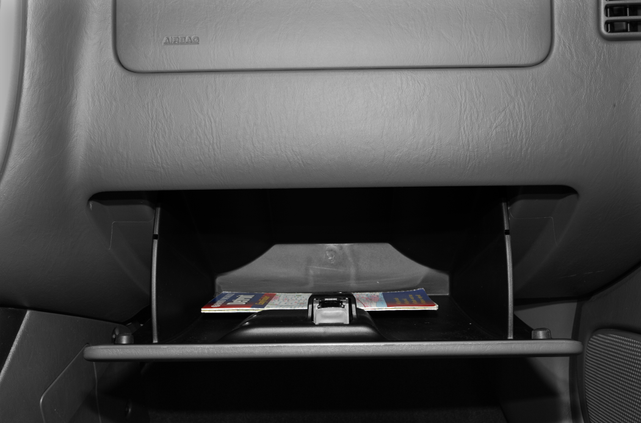 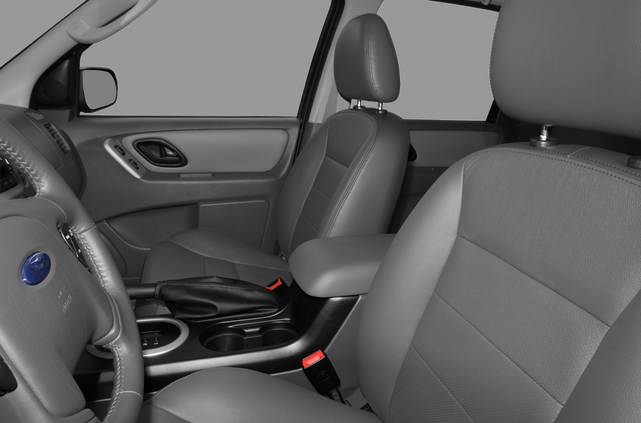 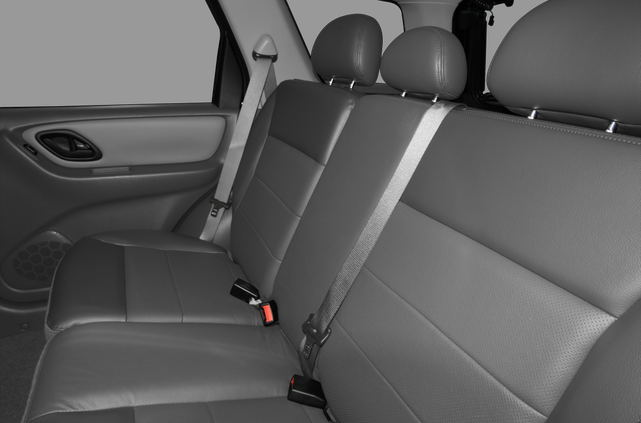 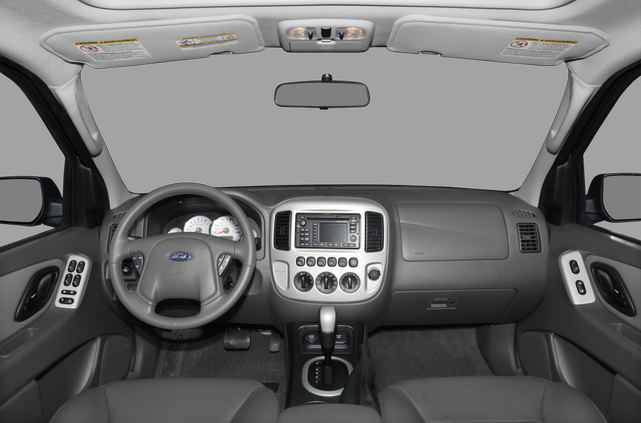 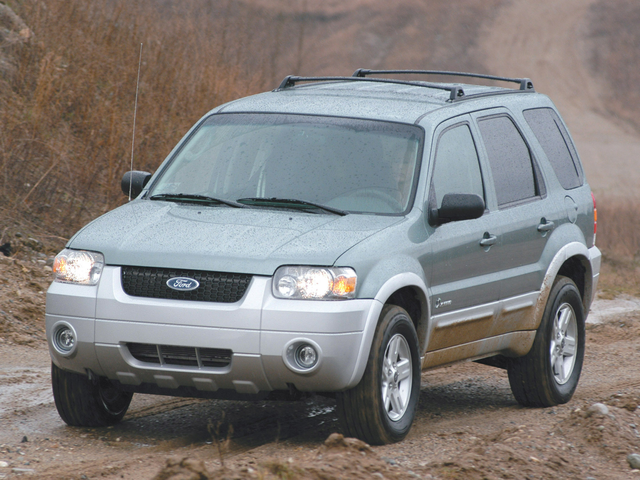