Our 2014 Jeep Grand Cherokee trim comparison will help you decide.

Chrysler’s 2011 Jeep Grand Cherokee pretty much saved the company’s bacon as it struggled to pull itself out of a demoralizing bankruptcy. Now Jeep is presenting a refreshed 2014 Grand Cherokee even as the old one is still propelling the brand to record sales numbers, and the problem is this: How do you improve on what is already a good thing?

The 2014 Grand Cherokee is a subtle refresh, with money spent simply on what needed improvement, and the result is now one of the best vehicles Jeep has ever made.

I tested multiple trim levels and all four available engines, including the high-performance SRT Grand Cherokee.

As with the current Grand Cherokee, the 2014 model boasts three optional four-wheel-drive systems, an available adjustable air suspension and a traction management system. Quadra-Trac I provides full-time all-wheel drive; Quadra-Trac II adds a two-speed transfer case with a low range; and Quadra-Drive II builds on that by adding an electronic limited-slip differential. The Quadra-Lift air suspension raises the Grand Cherokee’s ground clearance by 3.9 inches from its normal height to 11.3 inches for off-road use or down 0.6 inch for high-speed aerodynamic improvement. It can come down another full inch when parked to allow easier entry, exit and loading.

How It Goes, Stops and Climbs
I sampled both the EcoDiesel and Hemi V-8 on-road and drove the V-6 Pentastar in Jeep’s off-road testing route at a press introduction in the hill country around Austin, Texas. The Hemi is powerful, throaty and smooth with the new eight-speed automatic. But the diesel is the one to have — as an option on the Limited, Overland or Summit trim levels only — despite a hefty upcharge: $4,500 more than the V-6 and $2,300 more than the Hemi option. The immediacy of the diesel’s torque is impressive. One never forgets that this is a diesel; while Jeep has done a commendable job damping the distinctive clatter from the motor, full-throttle applications sound like a tractor-pull at the county fair. The thing is, in a big SUV like this, that diesel rumble actually puts a grin on your face. In highway cruising situations, the diesel is whisper quiet and unobtrusive. Combined with its best-in-class highway fuel economy, it could prove to be a popular option for buyers interested in efficient towing or highway commuting.

In normal driving, there’s a fair degree of body roll, and the heavy truck tends to understeer through corners. The Grand Cherokee in its Normal mode is tuned more for a comfortable ride than for athletic moves. But Sport mode is now available across the lineup, engaged with a pull on the transmission handle. In Grand Cherokees equipped with the air suspension, Sport mode wakes up the truck and transforms it significantly, changing shift patterns, suspension settings and ride height to minimize body roll and create a more surefooted performance in fast twisties. In models without the air suspension, only the transmission behavior and throttle response change. Steering-wheel paddle shifters are also present. The Grand Cherokee exudes a quiet solidity regardless of trim level; even in our preproduction test vehicles, nothing squeaked, rattled or otherwise felt misassembled. If these early build vehicles are an indication, quality should be top notch.

Off-road, the Grand Cherokee remains one of the most capable all-terrain-vehicles ever made — not that 99% of Grand Cherokee owners will ever experience this. The V-6 proved plenty powerful, and the selectable-mode four-wheel drive enabled me to drive up and down a 43-degree rock face, not to mention other terrain you would have trouble even walking over.

A No-Excuses Interior
The biggest gripe about the previous model’s interior has been quashed — gone is the old, unloved touch-screen system, and in its place is the Chrysler family Uconnect 8.4-inch touch-screen that has won our praise in other applications like the Dodge Dart (see an evaluation) and Charger. It remains one of the best systems on the market: big, easy to use, quick and uncomplicated. This is how to do in-vehicle connectivity right. Surrounding that screen is an updated instrument panel with even nicer materials, including some pretty adventurous color options. Check out the copper metallic trim. Or how about Indigo Blue leather? Available in the newest top-of-the-line trim level, called Summit, these options lend a high-quality look to an already impressive interior covered in stitched leather and open-pore wood trim. Another carryover from the Dart is the reconfigurable center gauge cluster with a 7-inch LCD display screen and fully digital speedometer, which displays far more information than the typical driver is likely to need.

The seats are all-day comfortable, front and rear, available in top-quality premium leather, with more optional stitched leather covering the dash in higher trims. The rear seats feature a 60/40 fold-down split to create a flat load floor, with 68.7 cubic feet of cargo room with the seats folded and 35.1 cubic feet with the rear seats in place. There are no flimsy controls or stalks, no complicated or cluttered buttons and, frankly, very little to criticize. The Summit trim even has a suedelike headliner and a phenomenal 19-speaker Harman Kardon sound system that ranks as one of the best I’ve ever heard in an automobile. These are seriously nice trucks, even in base Laredo trim, raising the benchmark for affordable SUV interiors yet again.

SRT: The Wild Child
As much fun as the new Jeep Grand Cherokee is off-road, there’s also a new SRT high-performance street version arriving just one month after the more conventional versions hit the streets. The 2014 SRT Grand Cherokee (the “8” has been dropped from the name) is just plain wicked. Its styling is subtle with a blacked-out grille and smoked headlights and taillamps, optional black chrome wheels, a lower stance and wider wheels and tires. Its tuning makes it one of the most outrageous American performance vehicles on the market. Power comes from a 6.4-liter Hemi V-8 engine making 470 hp and 465 pounds-feet of torque delivered through the eight-speed automatic to all four wheels. Jeep rates the SRT Grand Cherokee at 4.8 seconds from zero to 60 mph, but I discovered that this is a conservative figure: Using the SRT’s onboard software and a special launch button, I was able to consistently rip off 4.5-second zero-to-60 times, and SRT engineers say that they’ve been able to achieve 60 mph in 4.2 seconds under perfect conditions.

On public roads, SRT Grand Cherokee’s presence and swagger are formidable. Its bulldog stance and fat tires combine with the absolutely primal bellow from its Hemi engine to make every routine errand an event. The suedelike sport seats are amazingly comfortable and grippy yet not rock solid and unyielding or too narrow and overbolstered like so many other high-performance vehicles. Wood trim is replaced by decent carbon fiber, and a special suite of SRT applications for the 8.4-inch touch-screen bring all sorts of special gauges, timers and G-force meters to the SUV to allow drivers to monitor and even wirelessly upload and share their achieved performance numbers. Jeep rented out the Circuit of The Americas Formula 1 track in Austin and brought a dozen SRT Grand Cherokees for journalists to flog, proving that the massive SUV can handle itself quite well should its owners want to use their truck both for towing a car to the track and racing the tow vehicle itself.

Safety
The new Jeep Grand Cherokee scored five stars in the side-impact crash test by the National Highway Traffic Safety Administration, but its rollover-resistance rating is three stars for the two-wheel-drive version, which is one star below most SUVs, and four stars in the four-wheel-drive version. A full list of electronic safety aids is standard, including antilock brakes with stability control, hill start assist and trailer-sway control. Full-length side-curtain airbags are standard, as are front-seat-mounted side thorax airbags. The list of optional features is also long: ParkSense detector systems, blind spot warning with rear cross-path detection, forward collision warning with automatic braking and 911 crash detection with the Uconnect system. See all the safety features listed here.

In the Market
Jeep has not yet found the upper limit for what it can charge for the Grand Cherokee, as customers have been snapping up the loaded Overland trim level at an astonishing rate. For 2014, the Summit trim level has been added above that, which really piles on the luxury trimmings. Four trim levels are available, starting with the Laredo at $29,790, moving up to the Limited at $36,790, then the Overland at $43,990, and topping things off is the new Summit at $48,990 (all prices include a $995 destination charge). A loaded Jeep Grand Cherokee Summit is expected to easily top $53,000, and the entry price to get a diesel-equipped model would be a Limited for $41,290. To get in the fire-breathing SRT, however, you must shell out $63,990, but it is unlikely that this lofty sum will put a damper on sales, and Jeep is capping production at just 5,000 units per year.

For many customers, the Jeep Grand Cherokee is a second vehicle to complement their much more expensive luxury car, meaning Jeep has to hold its SUV to a higher standard than some of its lesser models in order to maintain its cachet. With this latest 2014 Jeep Grand Cherokee, Jeep has successfully done exactly that.

Most reliable truck I have owned

This truck has what I need. I needed a 4x4 vehicle in order to not get stuck in the winter and this truck will definitely help.

The Jeep Grand Cherokee, the Best Ever!

This vehicle by far is the top of line in the Jeep category. It is the first Jeep vehicle to come out with a diesel engine. It performs outstanding & has plenty of pep and gets good fuel mileage. It is towable if you own a motor home as I do, you can tow it with all wheels on the ground. You can not Tow It On A Tow Dolly. I would recommend this vehicle to everyone who wants to off road or highway driving.

I will buy it again after 300k miles

February 16, 2021
By RealtorLion from Reston, VA
Owns this car

Technology in this vehicle is awesome. I got the Summit edition with Uconnect package. Through the APP I can forward addresses to the Jeep GPS for showing clients homes to sell. Saves me time!

Rating breakdown (out of 5):
9 people out of 9 found this review helpful. Did you?
Show full review
See all 433 consumer reviews

June 16, 2022
News
Life With the Jeep Grand Cherokee: What Do Owners Really Think? 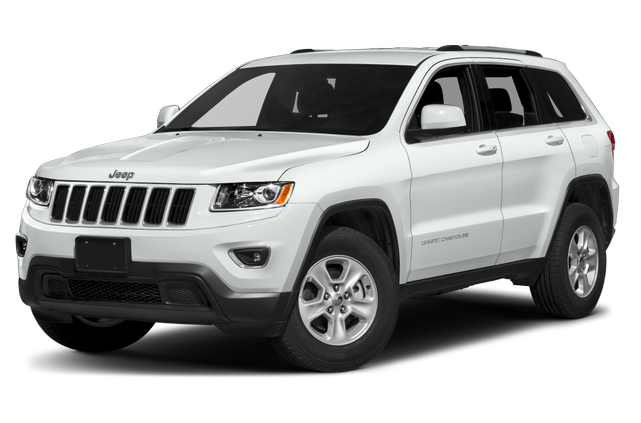 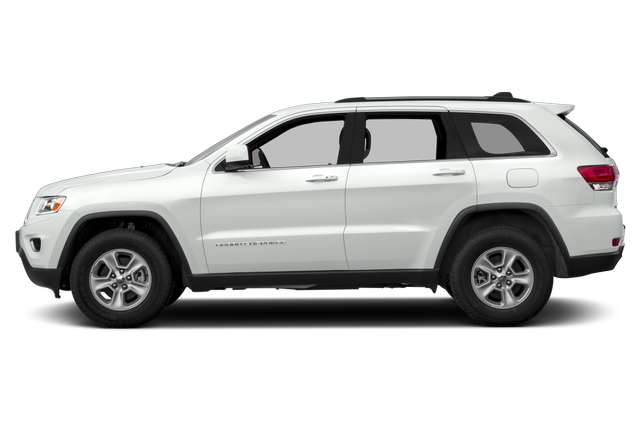 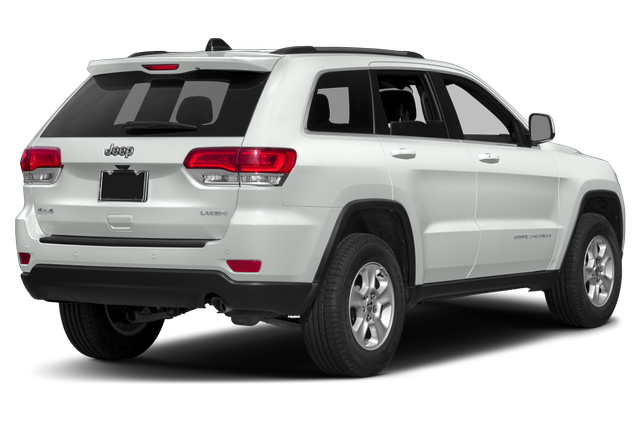 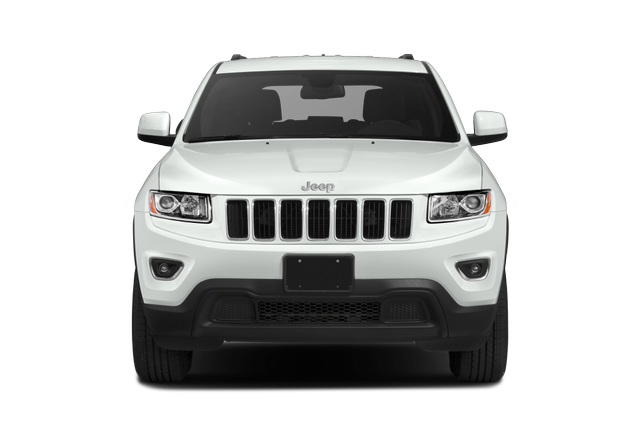 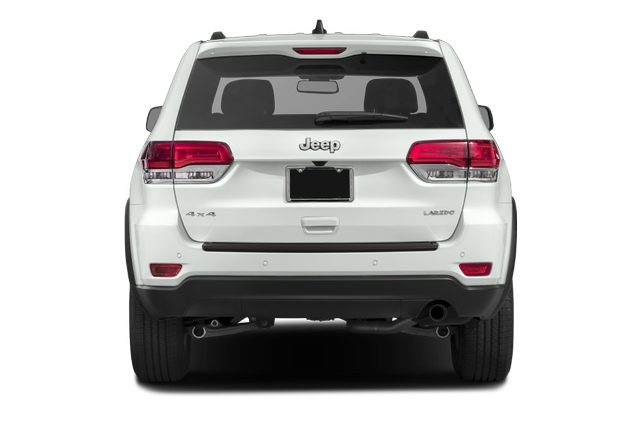 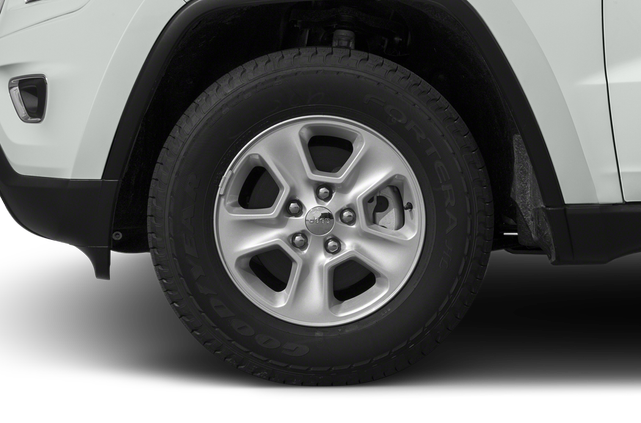 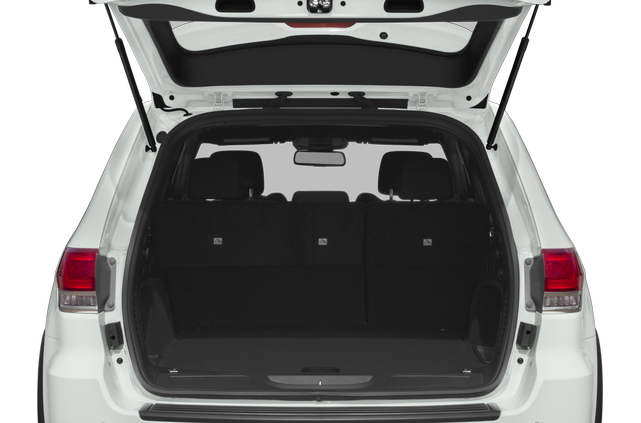 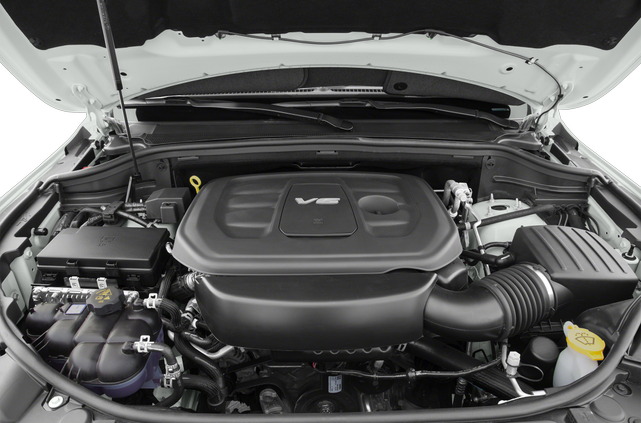 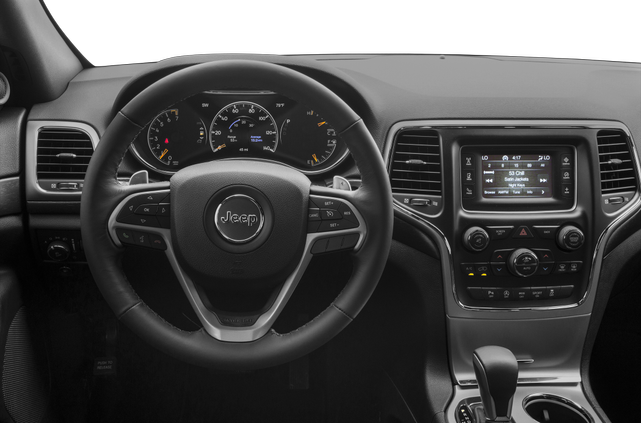 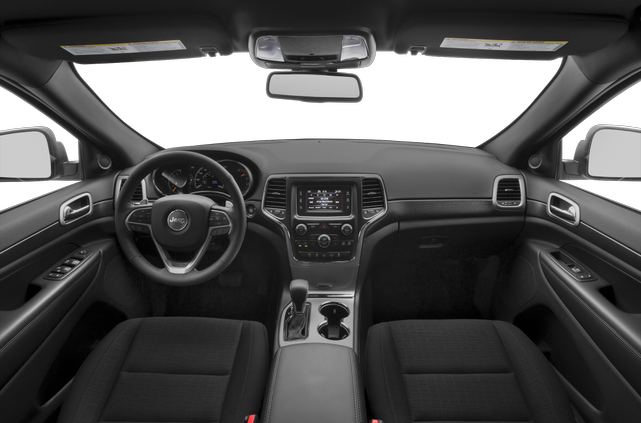 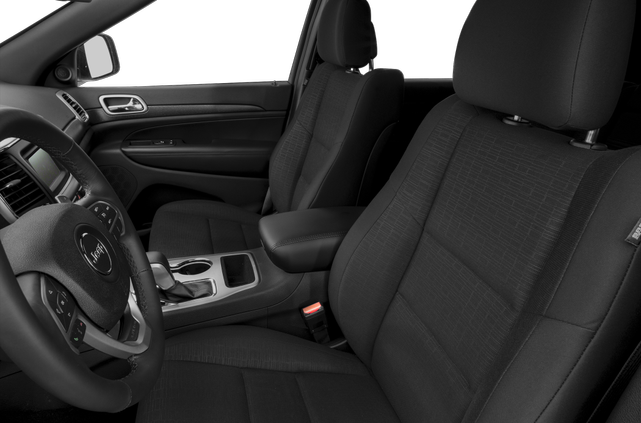 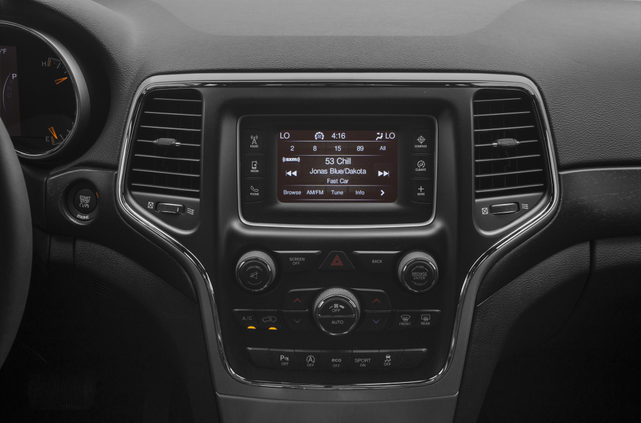 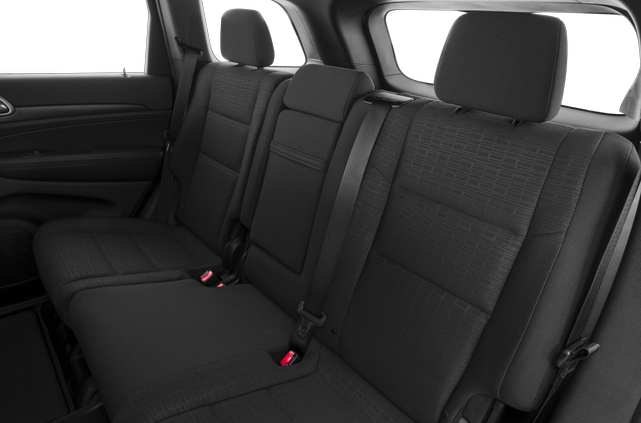 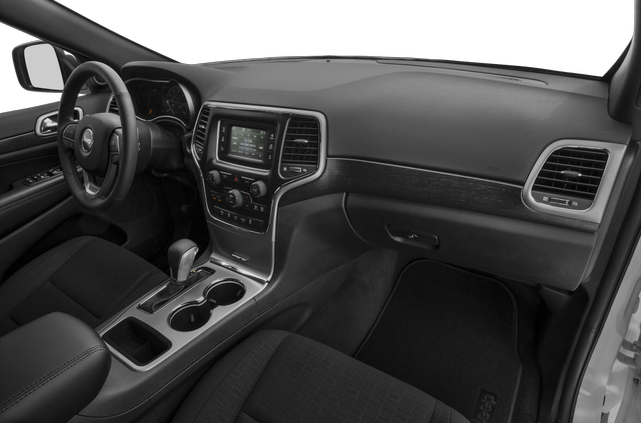 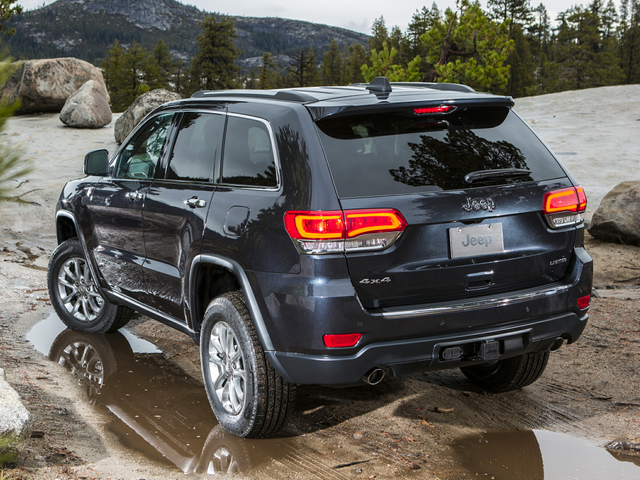 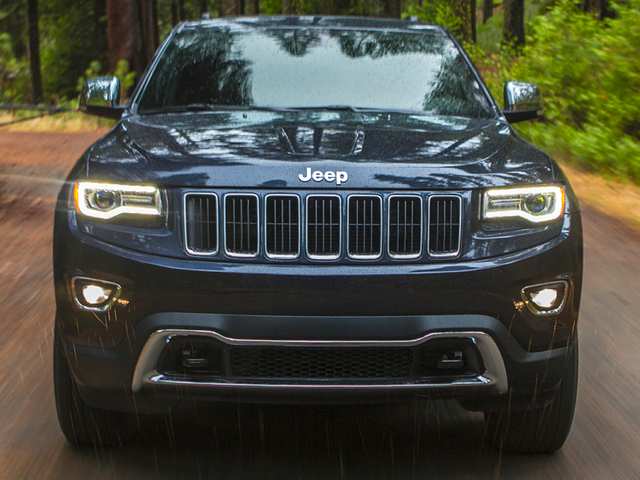 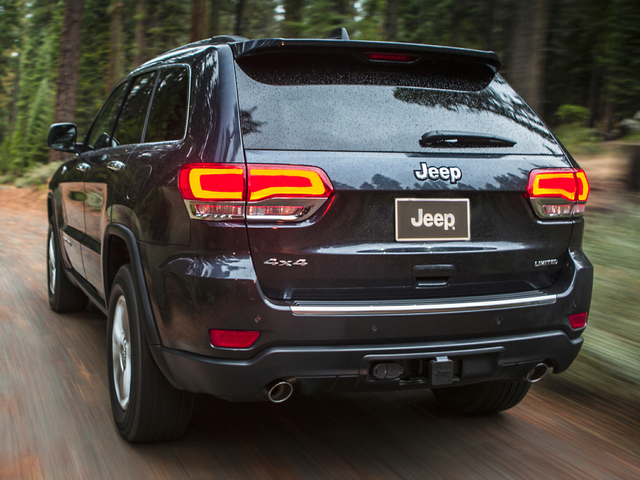 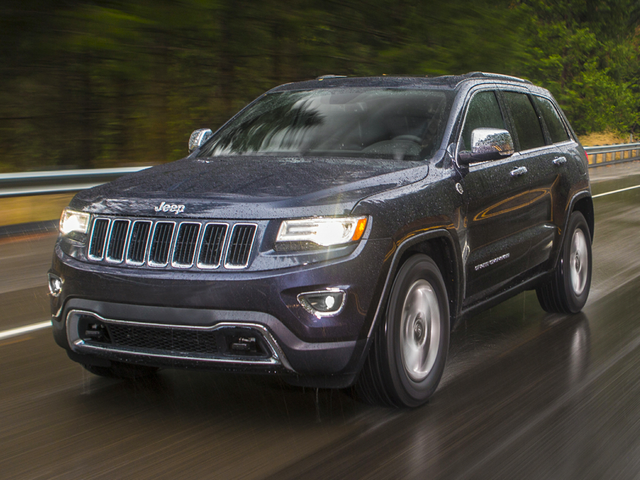 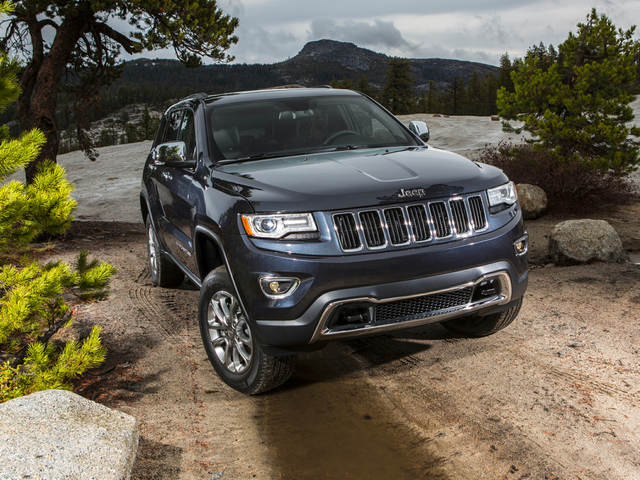 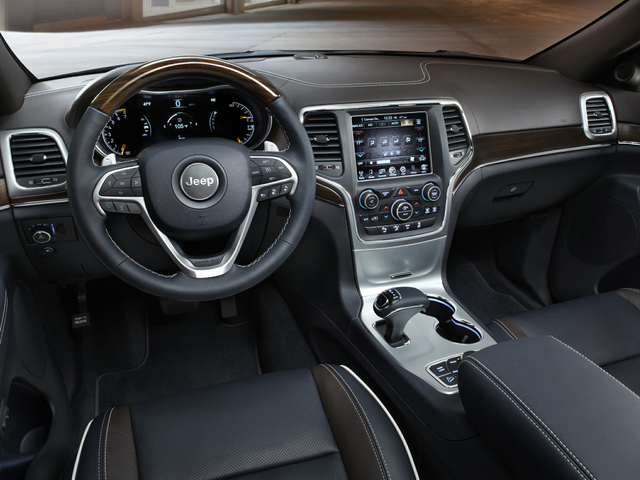