Our 1997 Jeep Wrangler trim comparison will help you decide.

A two-inch layer of ice is covering Hades this morning.

Must be, because a few years ago after driving a Jeep Wrangler and commenting that even Mother Teresa would find fault with this vehicle, Chrysler Corp. vowed that it would be a cold day down below before this scribe laid hands on the automaker’s smallest sport-utility vehicle again.

Chrysler relented, motivated by the fact that the ’97 Wrangler has been redesigned (modestly) and re-engineered (a major technological revamp).

After test driving the 1997 version of this relic of World War (feel free to argue I, II or Civil), we found ourselves relenting, too.

We were harsh on the Wrangler in the past because it was so unforgiving on the driver and any other occupant who dared venture inside.

It was rude and crude. The engine was under powered, suspension abysmal, ride rough and handling unpredictable at best. Cold in the winter, noisy in any season. Safety systems were limited to a St. Christopher statue (optional) hung from the rearview mirror because there was no dash to rest it on.

“Only in a Jeep” referred to the amount of abuse and suffering that you had to tolerate.

Youth, however, loved the vehicle as only youth can, because Wrangler was a symbol of freedom, bravado, derring-do–and the fact that youth didn’t have enough money to buy a real sport-utility so it had to settle for the bottom of the barrel.

That was then and this is now.

For 1997, Wrangler has been civilized without being sanitized.

No longer can you pick Wrangler owners out from the crowd because they’re the ones carrying pillows and blankets to the parking lot–pillows for seat cushions, blankets for heat.

But the Wrangler Sport we tested is still a bit Third World. You still are burdened with plastic zippered windows that make every stop at the toll booth or drive up window an adventure in dexterity; step-in height requires you reach into the pocket or purse and shell out $73 for the optional steps for any chance of entry or exit decorum; and with the optional, oversized all-terrain radial tires, Wrangler is a bit skittish in sharp corners or along winding merger ramps at speed. You must remember to keep one eye on the road, one on the signs with those squiggly arrows that advise you to turn the wheel.

On the civilized side, the teeth-rattling, buckboard ride is gone and you now can leave the mouth guard home.

Also, cabin decibel levels that made the radio simply an ornament in the dash have been muffled–not eliminated, but no longer at the blast-the-wax-out-of-your-ears level.

And as a sign that Wrangler’s war years are behind it, dual air bags are standard, anti-lock brakes an option. ABS is offered only with the 4-liter engine in the Sport and Sahara and only as an option, which means youth and those on a tight budget might take a pass on it to save $599. Better you sacrifice fo g lamps and aluminum-spoke wheels than ABS.

The appearance of the bags is significant because it makes this vehicle a viable choice in the sport-ute market to those who had argued that small SUVs were unsafe.

The ’97 Wrangler looks a lot like each generation before it, which Chrysler officials insist was the No. 1 demand of loyalists surveyed in 1993 to determine what they wanted from a 1997 redesign.

The most visible change is upfront as round headlamps return to replace the rectangular ones favored by the spandex crowd.

Refinements include a stiffer chassis with less bending and therefore less noise; leaf springs replaced by Quadra coil suspension similar to that in the Grand Cherokee with 7 inches more play so you don’t feel like you are traveling off-road when you are on road; a closed glove compartment rather than an open glove box; a flip-over rear seat to increase cargo room; a 6-inch widening of that seat so cheek to cheek refers to dancing nott avel in the back of a Wrangler; and repositioning and integrating the fuel filler door into the side of the body rather than behind the rear license plate carrier, where it had been a chore to use.

Other noteworthy features include a quicker to raise/lower soft top; a light and, therefore, quicker-to-use, optional hardtop; an easy swing-out rear door with full-size spare attached; more ergonomically designed clutch/brake/gas pedals and steering column, which means they all are in front of you and not off to one side; two more miles per gallon in the city and three more on the highway with the standard 5-speed manual, though mileage is still nothing to write home about (17 m.p.g. city/21 m.p.g. highway) unless it’s to beg for an increase in the gasoline allowance.

Our test vehicle came with the 4-liter and very smooth-shifting 5-speed. The 4-liter has been tweaked a bit so though horsepower is about what it had been, maximum torque kicks in at 2,800 r.p.m. rather than 4,000 r.p.m. as it had. That means you move more quickly from the light.

Another Wrangler strength is the standard power steering that allows you to maneuver with unusual dexterity through the parking-lot maze and into that tiny opening between the two luxury sedans. There’s a lightness to the wheel without it being sloppy.

Off-roaders and Snow Belters will appreciate Command Trac, the ability to shift on the fly into four-wheel-drive high (you must stop to engage low) when the sand gets deep or the snow gets thick.

The Wrangler Sport starts at $16,682, and with Toyota’s new RAV4, gives consumers a choice of two excellent, though smaller, sport-utility vehicles for less than $20,000.

Wrangler, as with the RAV4, however, can be dressed up with an extensive and expensive array of options–$599 for ABS, $530 for automatic transmission, $755 for a hardtop, $878 for air conditioning, $423 for AM/FM stereo with cassette.

Best Jeep I have ever owned

I love this thing, I hate to let it go. It has such a great way of climbing and getting unstuck from things. It got me to point a to point b.

November 20, 2019
By Dylansims from Harrisburg, PA
Owns this car

Vehicle was definitely worth the purchase. Only ever had one problem with the vehicle which was a bad alternator, which has been replaced with a new one.

November 6, 2019
By Jeep freak from Roy, Washington
Owns this car

The 1997 Jeep Wrangler is my first car that I ever had. I even like it better then my moms 2017 Dodge Ram 1500 it is great for off-roading for towing for having fun and just everyday things.

Rating breakdown (out of 5):
2 people out of 3 found this review helpful. Did you?
Show full review
See all 40 consumer reviews 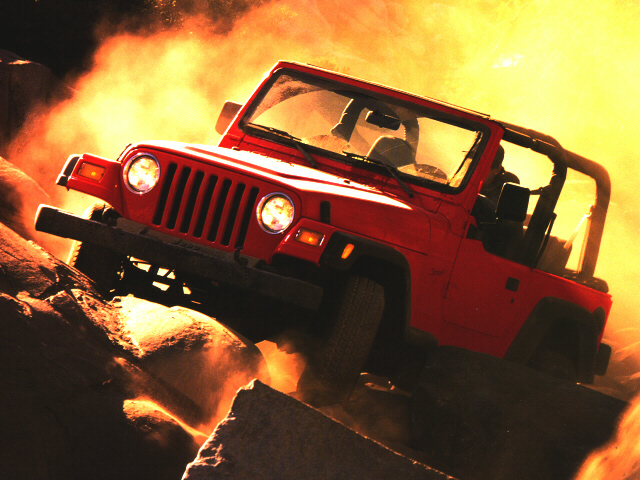 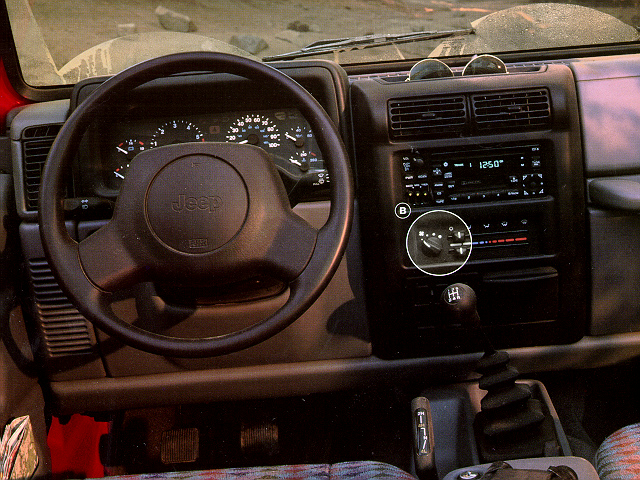