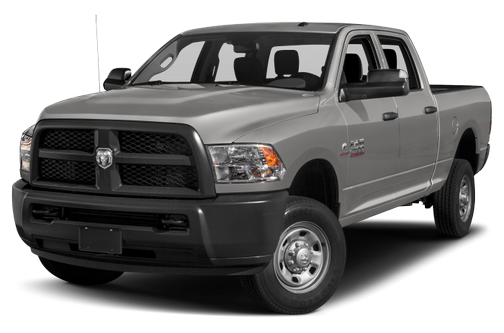 For years builders of heavy-duty pickup trucks engaged in a war of numbers about power, load and tow ratings with incremental increases year to year or month to month that frequently saw the Ram place third. With the 2013 model’s significant increases, Ram now tops the list in available torque, fifth-wheel towing capacity and gross combined weight rating.

The frame, steering, brakes, transfer cases, transmissions, cooling and electrical systems have all undergone a thorough upgrade, while the interior has inherited all the additions and advancements Ram applied to the 2013 1500 series.
New for 2013
It would be easier to say the Hemi engine, manual transmission and most body panels aren’t new than to list everything that is.

The Ram 3500 has a new frame with stiffer material and stronger cross members, hydroformed main rails and fully boxed rear rails for a rigid platform. Provisions for an optional fifth-wheel/gooseneck hitch are built in, and the receiver hitch is bumped up to a Class V.

The new front suspension is wider and stronger, coupled to revised steering gear and linkage, and the rear suspension has been addressed for 3.5-ton payloads. Four-wheel-drive models bring back a front-axle disconnect system for improved mileage.

The Hemi gasoline engine isn’t new but for the first time in years is available on 3500 trucks. It’s considerably less expensive than a diesel, allows heavier front axle loads (like big plows) and can still pull and carry respectable trailers and loads.

Cummins diesel engines have been fitted with selective catalytic reduction, an emissions system that uses diesel exhaust fluid like Ford and GM diesels, and has been proven on Ram Chassis Cabs from 2010. Diesel output varies by transmission but all are more powerful than 2012, all are biodiesel capable, all have enhanced exhaust braking, and maintenance intervals are extended to 15,000 miles. Diesels also get dual radiators and transmission fluid coolers, and top models run a four-pinion 11.8-inch rear axle with aluminum cover for cooling.

The new electrical system has an interface that handles up to 72 inputs and outputs for everything from lighting control to throttle and transmission position, better integrating additions like winches, plows, warning lights, PTO equipment and campers.
Exterior
The 2013 2500/3500 echo the smaller Rams. Major body panels are unchanged from last year but most of the trim, grilles, wheels and accessories have been changed or refreshed.

By design the HDs require a bigger grille to feed and cool more powerful engines, so the HD is taller and has a larger hood to clear the big engines. On upper trim levels the headlights are projector units (halogen, no high-intensity discharge) with LED front signals, marker lamps and taillights.

Ram’s RamBox remains optional with plenty of enclosed storage in the bed sides, and now the keyless enter-and-go central locking system includes the RamBoxes and the tailgate. Note RamBox models have slightly lower load ratings and may interfere with utility racks, shells and campers, or fifth-wheel clearance.

More real estate on the center panel allows for the Uconnect Access 8.4-inch screen. Truck controls are grouped by function and can be optioned for five auxiliary switches; the integrated trailer brake controller is now better located.

Rearview cameras include a higher-definition unit in the tailgate and a new choice next to the center brake light on the cab to ease fifth-wheel/gooseneck hitching.Under the Hood
You’ll recognize all the engine sizes and transmission gears, but many of them are new. The 5.7 Hemi with 383 horsepower and 400 pounds-feet of torque is standard across the board, backed by a close-ratio six-speed automatic transmission; a factory-built compressed natural gas-capable version is offered in Crew Cab 2500s.

With a six-speed manual transmission — the only full-size pickup to offer one —the Cummins diesel is again rated at 350 hp but torque is up to 660 pounds-feet at 1,500 rpm.

With the Chrysler six-speed automatic the Cummins rates 370 hp at 2,800 rpm and 800 pounds-feet of torque at 1,600 rpm.
On 3500 high-output models, horsepower climbs to 385 and torque to 850 pounds-feet.
Safety  Ram notes more than 45 safety features and systems on the new heavy duty, including but not limited to:

My truck had a 5day, 30hr repair job. 2 weeks to tear my truck apart for a relatively minor accident. 30 days later they have far exceeded my insurances repair cause, elapsed rental coverage, promised 3 different finish dates and when I stopped by, my truck had the grille off, no fog lights or bumper, wrong headlight, and a lacerated tire still. 40 days later my truck still has a banged up hood. I have emailed the Jerry Ulm General Manager and he has yet to reply. They are very nice and the work that actually gets done is great. But communication is god awful, proactive actions are non existent, and they have not offered any compensation for my 5day repair turned 40days and still counting. There has been no delays in receiving parts, they do not properly order parts or diagnose the issue. Over 5 weeks I have 6 quotes to insurances because it was not properly diagnosed the 1st, 3rd or 5th time...

Great truck---problem is with Ram---they have forgotten about the customer---their warranty is horrible.My Ram is under warranty and its going to take 2-3 months to replace transmission because they don't have any----and they won't give me a loaner---it could take 6 months and I have no truck!!

This is a 2013 Ram 2500 with Cummins Diesel Pros: -It can tow just about anything Cons: -The catalytic converter had to be replaced twice: Price $2000 per incident and 3 weeks in the shop ($4,000/3 weeks) -Batteries had to be replaced: Price $400 (there are 2 batteries) -Oil changes cost around $200-$400 (some require fuel filter and water separator replacement) -Other services are generally more expensive (diesels are higher maintenance) -Key FOB $300 -NOX sensor $1500 -Tows at 13mpg average and diesel is more expensive than unleaded -Replaced a portion of the radiator tube (known issue) $200 -Strut that holds up the hood failed -The Radio no longer works -Bluetooth no longer works -CD player no longer works -One of the tire pressure sensors is dead -And it is probably only going to get worse Maintenance total for the first 71,000 miles is approximately $9,000 plus fuel at about 15mpg ($14,200 at $3/gal). Original price: $40,000 Total to own this car for just under 7 years: $63,200 Current resale value (in 2020): $22,000 That works out to about $476/month without any financing and it spends 1.5 to 2 of those months in the shop. Note that Fiat Chrysler (owner of the Ram line) does little to help you. The second catalytic converter failed after only 20,000 miles of use. FCA would do nothing to help me.

Rating breakdown (out of 5):
5 people out of 6 found this review helpful. Did you?
Show full review
See all 38 consumer reviews 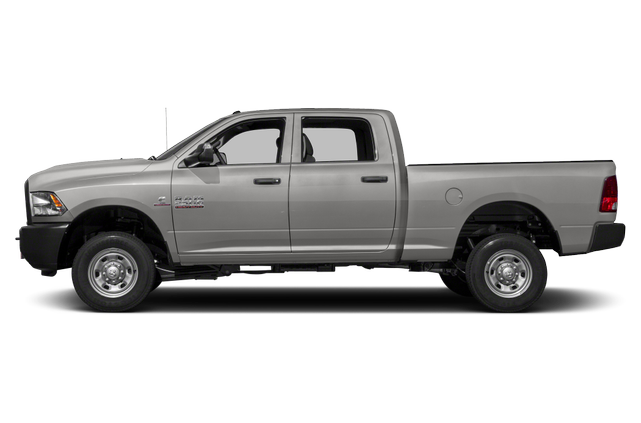 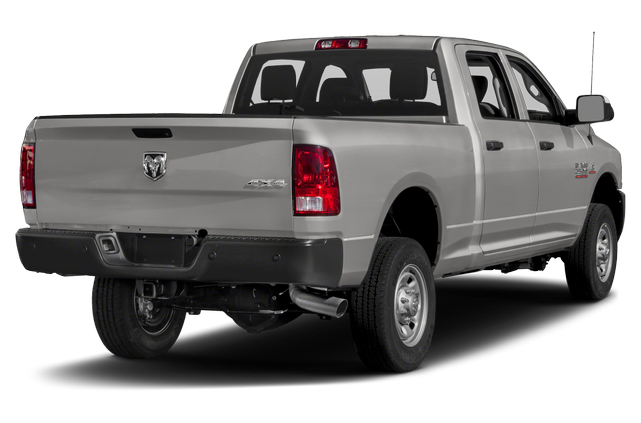 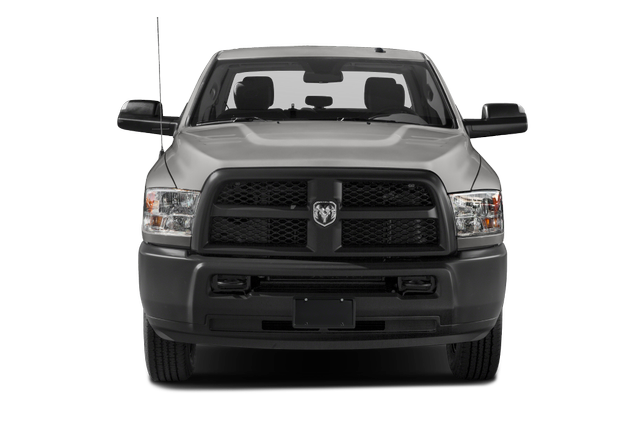 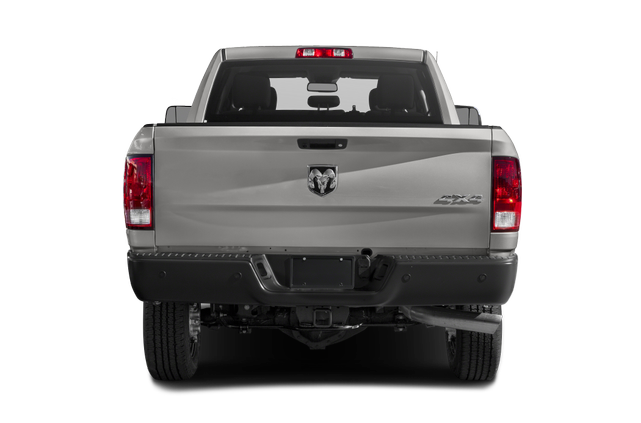 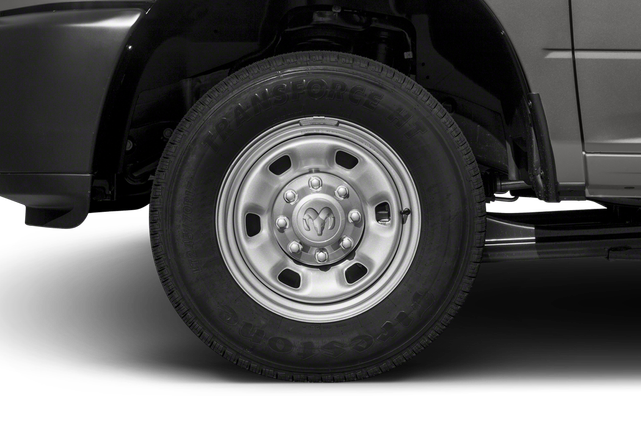 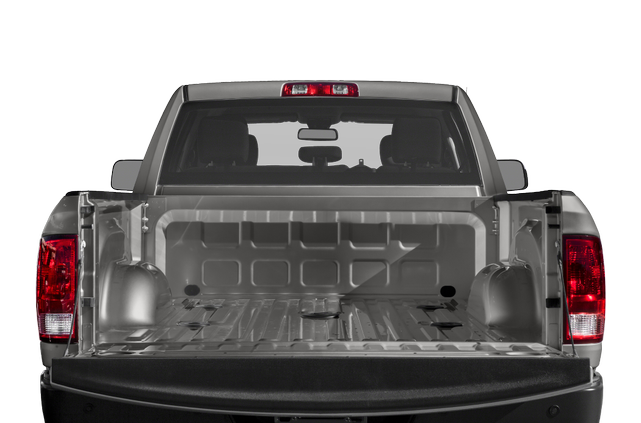 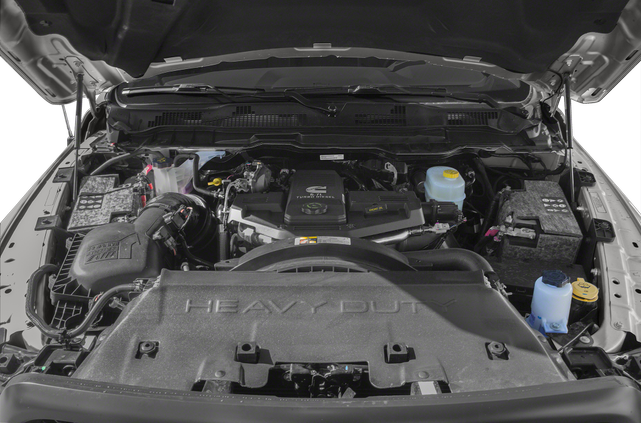 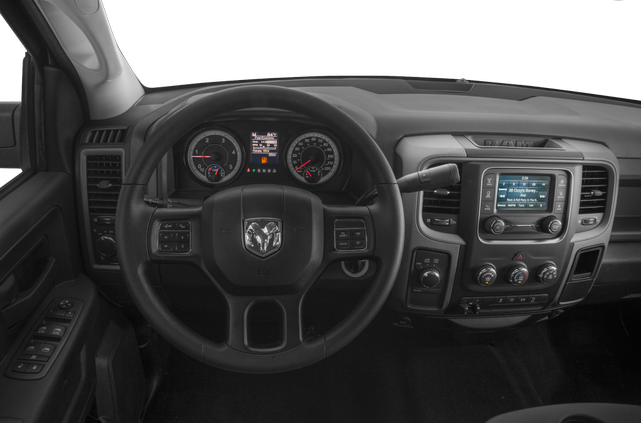 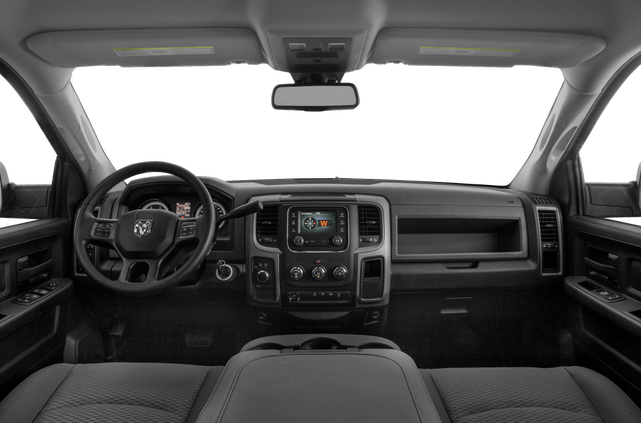 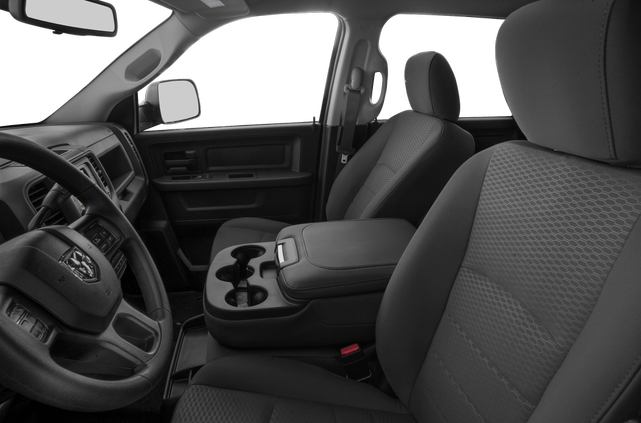 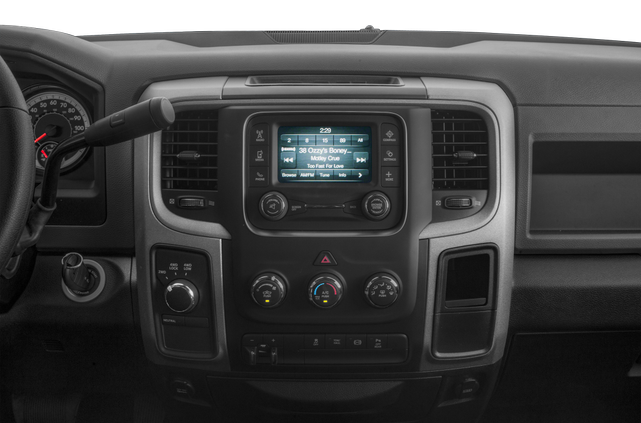 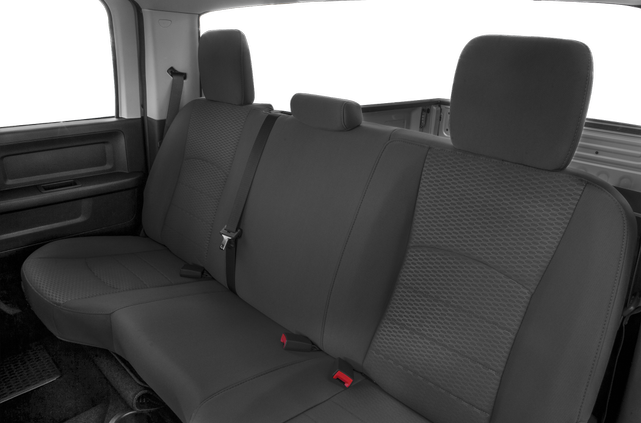 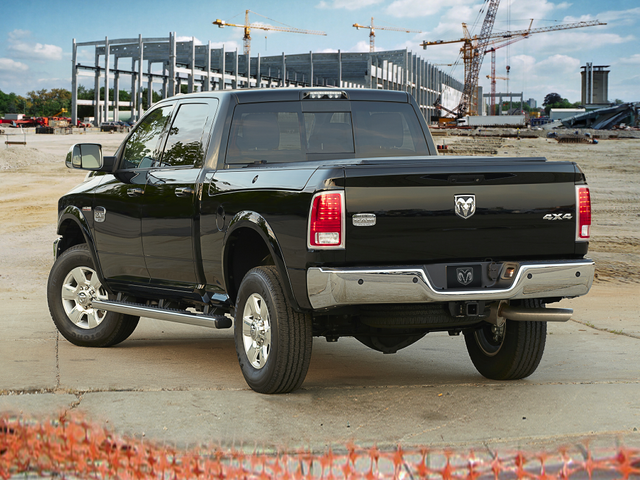 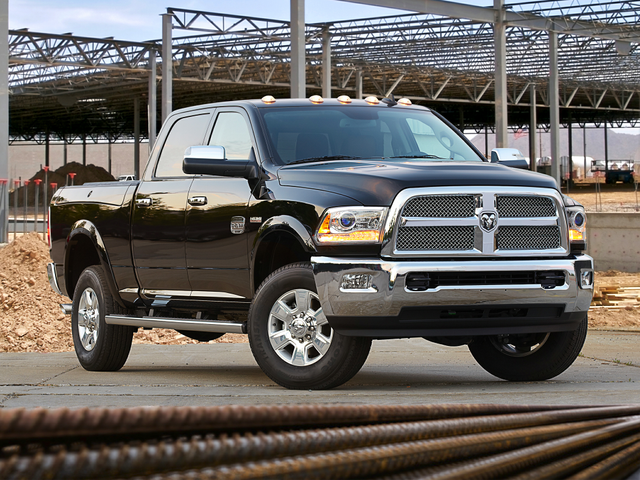 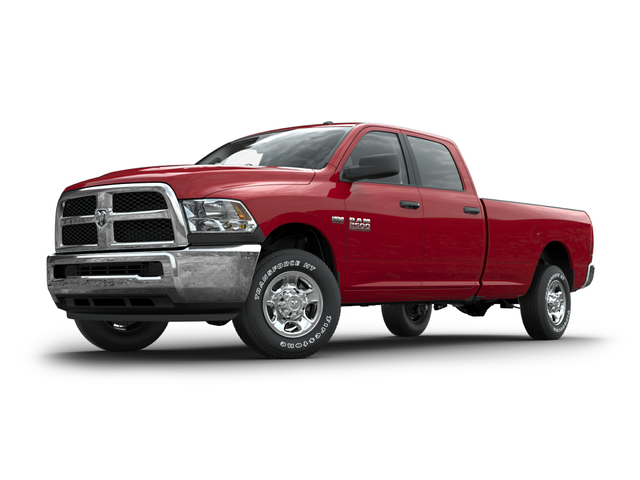 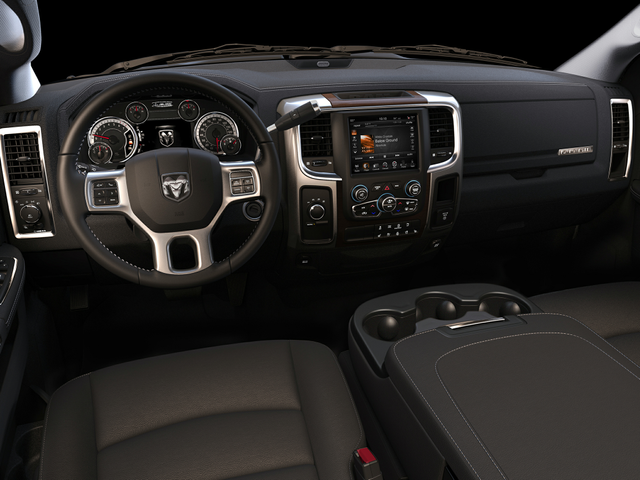