Our 2003 Volvo XC90 trim comparison will help you decide.

Volvo is very late to the sport utility vehicle party, but it doesn’t seem to matter. The Swedish automaker, part of Ford Motor Co.’s Premier Automotive Group, offers SUV-crazy America one of the best choices on the market with the all-new 2003 XC90.

The XC90 was engineered with safety as a top priority, with lots of attention paid to protecting occupants in case of a rollover, the cause of many fatalities in SUVs. The XC90 even boasts inflatable side curtain air bags for all three rows, an unusual feature in the luxury SUV segment.

We tested a top-of-the-line T6 model, which features all-wheel-drive and a twin-turbocharged in-line six-cylinder engine that makes 268 horsepower. It had $3,420 worth of options and a sticker price of $45,055.

She: I’m sure you’ve heard that old joke “What does a hen-pecked husband drive?”

He: Being a 25-year veteran, of course I know the answer — “Anything she wants him to.”

She: No, the answer is a Volvo. The implication is that she doesn’t care about his macho image. She cares about safety. That type of woman should be thrilled with Volvo’s first SUV. They’ve thought of just about everything, including a roof structure made of boron, which Volvo engineers say is stronger than conventional steel. Each seat has seat-belt pretensioners which automatically reel in occupants in an accident. A new system called “Roll Stability Control” brakes the outside front wheel whenever sensors detect changes that could indicate a potential rollover. There’s a whiplash protection system for front passengers. I could go on and on. The only thing they seem to have overlooked is a tire-pressure monitoring system for those Michelin Pilot tires on the uplevel model.

He: I admire and appreciate those world-class safety features, especially given all the publicity and controversy over the safety issues with SUVs. But I also think the XC90 may be the perfect package. It’s not a stodgy, van-like creation, but a sculpted, stylish vehicle that combines the best of Swedish design on the outside with a nice mix of leather, wood and matte metal on the inside. So why did I bump it down a grade from you? A couple of reasons. The seating comfort deteriorates the farther back you sit, with the optional third row giving you the worst seat in the house. There’s no head or leg room back there and the third row is difficult to access. Plus, you give up the extra cargo space. It’s not worth the extra $1,675 you have to pay to get the third row as part of a versatility package. And while the quality of materials is excellent in the XC90, the trim fits are not up to par for this luxury SUV. The carpet was pulling away from the center console and I found gaps in the plastic trim panels.

She: I agree with you. The XC90 works best as a five-passenger vehicle. In that form, it’s nearly perfect. I couldn’t help but give it five stars because there’s so much to like. That miniature, eight -inch tall tailgate is a snap to open and the upper hatch feels nearly weightless. Our T6 model came with a standard moonroof, leather upholstery, an in-dash, six-disc compact disc changer and illuminated, steering-wheel mounted radio and cruise controls. This all-wheel-drive XC90 performed valiantly in the snow during a nasty Michigan winter. It responded quickly to changing road conditions and gave me a real sense of security. I’m guessing you liked the twin-turbocharged, 2.9-liter inline six-cylinder engine, which makes 60 more horsepower than the base five-cylinder.

He: Yes, but it only has a four-speed automatic transmission. I don’t understand why a luxury SUV like this wouldn’t come equipped with a five-speed automatic. It would improve the Volvo’s mediocre gas mileage — only 15 miles per gallon in city driving and 20 mpg on the highway. On the plus side, the XC90 has exceptional ride comfort for an SUV. You won’t feel like you’re bouncing around in a truck. The steering is responsive and so is the handling.

She: From the driver’s seat it has the quietness of a luxury sedan. It doesn’t surprise me that Volvo leaned heavily on a group of women in California — professional women — as they developed their first SUV. The XC90 stands out with its attention to detail. OK, so it doesn’t have a Thigh Master. But all kidding aside, I am waiting for the day when Volvo comes up with a more affordable SUV for the masses. When you see $45,000 on the sticker, you know you are in pretty exclusive territory. Can you picture a $25,000 Volvo SUV? Now that would be a vehicle for a huge untapped market of hen-pecked husbands.

12-month insurance cost(2): $1,598 (2)-Estimated by AAA Michigan. Rates may vary depending on coverage and driving record.

This would be a great car if it had been taken care of. Over $6000 in repairs due after I bought. Dealer should have lowered the price or made repairs

Rating breakdown (out of 5):
6 people out of 7 found this review helpful. Did you?
Show full review
4.0

May 14, 2017
By CarlaW from Murfreesboro
Owns this car

Needs more technology for the money needed a reliable transmission, had to replace due to manufacturer needed recall, I was advised wrong transmission was installed. Expensive battery 200.00

I am the original owner of a 2003 5 cylinder AWD Volvo SUV. It has 135 Mike's on it and still in perfect condition. Great in snow, rain or anywhere. I also have a MB C300 but it has nowhere near the same comfort or performance. I keep thinking I should get a new SUV but it drives perfectly. Only repair has been a rebuilt transmission at around 110 miles a recommended timing chain around the same time. Don't know if the new ones are as good but this one is a gem. 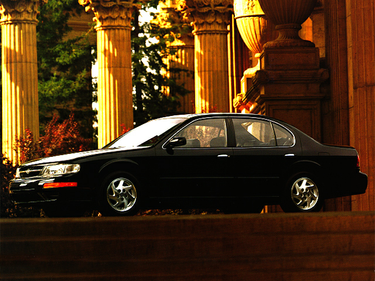 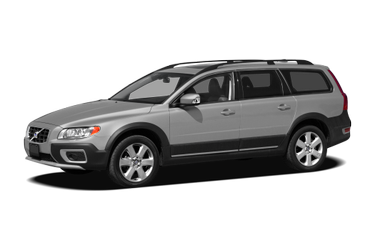 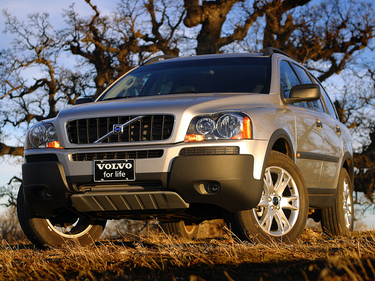 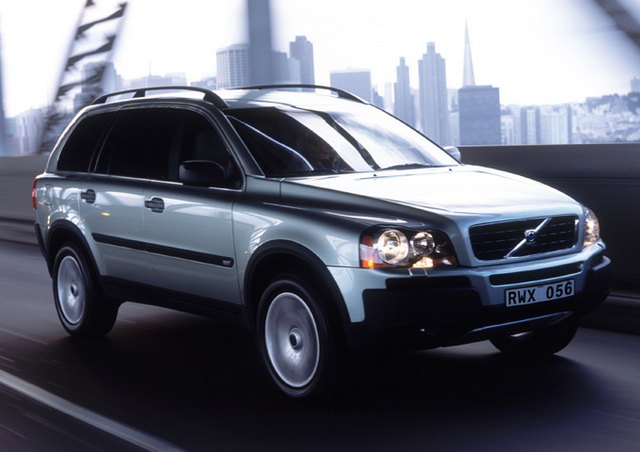 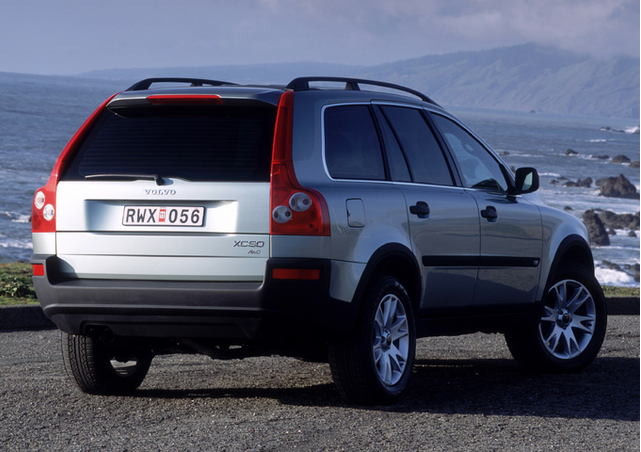 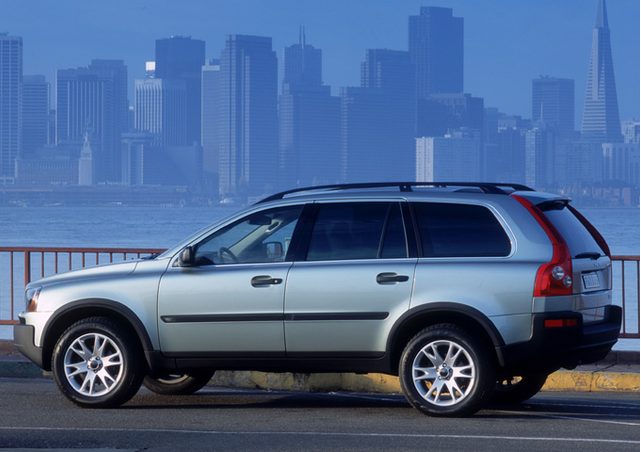 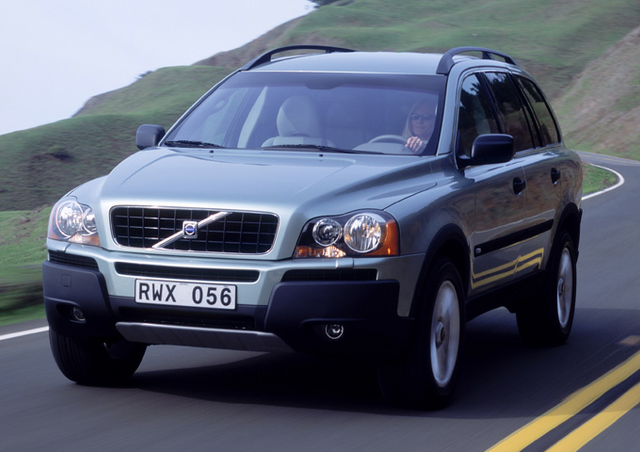 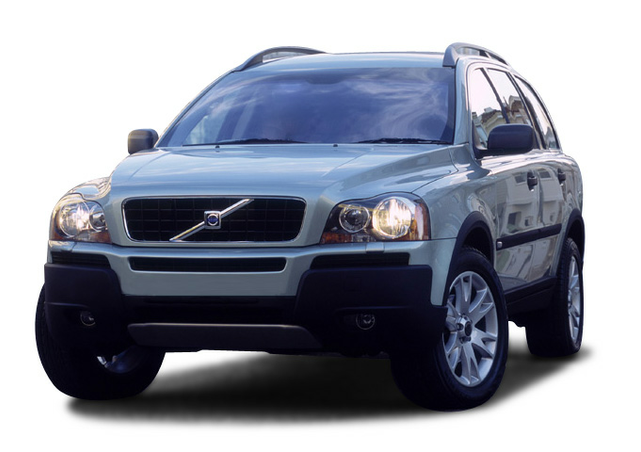 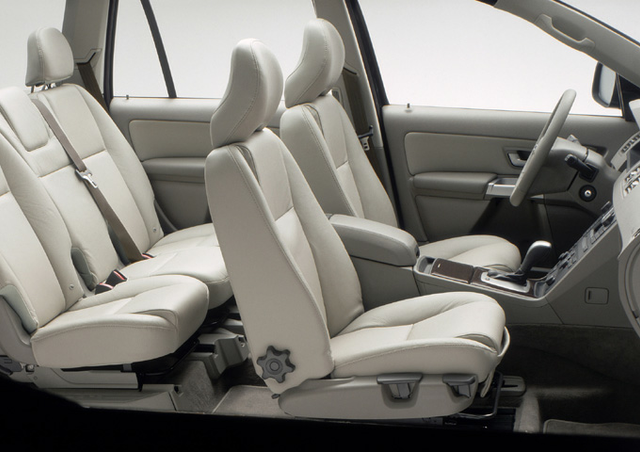 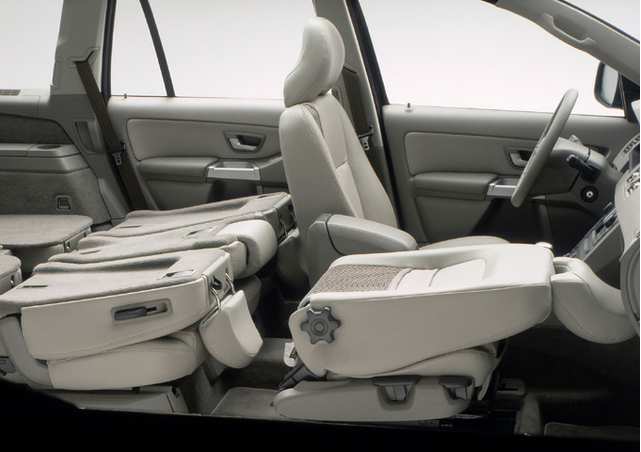 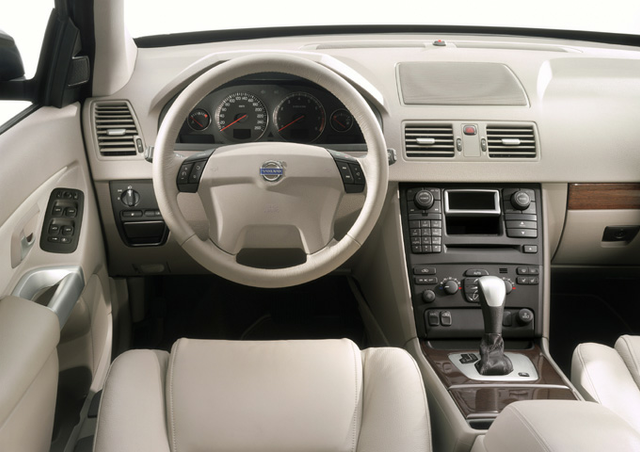