Our 2013 Dodge Charger trim comparison will help you decide.

Only a few things keep the boldly styled 2013 Dodge Charger from being the most satisfying of the affordable full-size sedans — one of them being the newly redesigned 2014 Chevrolet Impala.

After a 2011 redesign and new powertrains in 2012, the Charger changes little for 2013. A black roof is now available, graphics have improved on the optional navigation system, and a new option package ekes 8 more horsepower out of the V-6 engine. See the model years compared here.

The Charger comes with several drivetrains. Engine options start with a 3.6-liter V-6 that produces 292 hp or 300 hp. The extra horses come from induction and exhaust upgrades in the Rallye Appearance Group and Blacktop Package options. The V-6 pairs with either a five-speed automatic transmission in the SE or an eight-speed in the SXT trim level. The eight-speed provides faster acceleration plus a mileage bump as high as 4 mpg (in the EPA-estimated highway rating), so if you can afford the higher trim level, I strongly recommend the eight-speed. Rear-wheel drive is standard, and the SXT and higher trim levels offer optional all-wheel drive for $2,500 — a bit steep when compared with a $1,850 upcharge to give the front-drive Ford Taurus SEL all-wheel drive.

The Charger also comes with a 370-hp, 5.7-liter V-8 in the R/T trim level, with either rear- or all-wheel drive. This Hemi engine pairs only with a five-speed automatic, as does the 470-hp, 6.4-liter version of the V-8 in the ultimate-performance SRT8 trim level — which is exclusively rear-wheel drive.

Robust Acceleration
We’ve driven multiple versions of this car, and this time we put an all-wheel-drive Charger R/T to the test and found its V-8 engine a potent partner, even with just five gears and saddled with the additional weight of all-wheel drive. The R/T moves out with authority and even sounds good in the process. Do you need the V-8? You want it, but the relatively new V-6 and even newer eight-speed transmission have transformed the base Charger, making it a more desirable option. Even the all-wheel-drive version has enough get-up-and-go to live with; I wasn’t as enthusiastic about the previous generation.

While the drivetrain is calibrated for efficient operation, the accelerator pedal is still reasonably responsive, and if it’s not responsive enough, you can access an effective Sport mode on the touch-screen that sharpens the accelerator’s reflexes and holds onto lower gears longer. (It really should be a more accessible permanent button on the console or dashboard so you can activate it without poking through menus.) This is one big advantage the Charger has over the Impala, whose engine is strong enough but whose acceleration is hampered by an unresponsive pedal and doesn’t benefit from a Sport mode to improve matters.

The Charger allows you to shift manually either by bumping the gear selector lever left or right, or by activating shift paddles on the steering wheel. Doing so takes a little more finesse than it does in most cars, because Dodge locates its stereo controls on the backs of the steering wheel spokes, immediately below the paddles.

Ride & Handling
Though our Charger R/T had all-wheel drive, its rear-drive foundation gave it a nice, balanced feel the Taurus — foundationally front-wheel drive — doesn’t match, even when it’s equipped with its own all-wheel-drive option. However, the Charger drives like a big car — a quick, great-sounding, reasonably agile one — but big and weighty.

In some ways the Impala is a different animal, with its front-wheel drive and no overt claims to sportiness. It doesn’t inspire aggressive driving, but to me it felt reasonably light, and that’s not something I’ve said about many Chevrolets in the past decade or so. It also boasts a comfortable and quiet ride, which is an area where the Charger and its sibling, the Chrysler 300, have excelled.

The Charger’s long wheelbase and wide stance contribute to its ride quality, which impresses even in cars equipped with larger wheels, like our test R/T’s 19-inchers (sizes range from 17 to 20 inches). Combined with their comfortable ride quality, roomy interiors make the Charger and Impala excellent road cars, and excellent family cars. The remaining model from the Detroit Three, the Ford Taurus, sacrificed its once-cavernous cabin for a lower roofline in 2010, losing a whopping 6 cubic feet of interior volume along with its status as one of the roomiest full-size sedans.

To my way of thinking, their domestic origin and bolder styling put these models in a subclass by themselves. They’re more masculine, where the offerings from Hyundai, Kia and Toyota aim for classy.

Interior
Dodge takes a more modern, sporty approach to the Charger’s cabin than Chrysler does in the 300, but the material quality is mostly good. Ours had an expansive textured-aluminum bezel extending from the instrument panel past the center touch-screen and vents. I like the use of metals and other contemporary materials, but experience shows some folks aren’t as enthusiastic. Though improved over the previous generation and decent overall, the interior quality doesn’t quite match that of the new Impala.

Many of our editors found comfort in the Charger’s front seats, but I think the upper segment of the backrest is unduly hard. The Charger offers plentiful legroom, front and rear, and though backseat headroom is more than an inch lower than some competitors, adults fit without problem. One frustrating aspect of the Charger’s backseat is its exceptionally high center floor hump, which makes the center seat less comfortable than it could be in a car that’s otherwise wide enough to accommodate three passengers across. The Impala’s backseat, though a couple inches narrower overall, has a much lower floor hump.

Controlling the Charger’s functions was a relative breeze thanks to our car’s optional Uconnect touch-screen. Multifunction control systems are unavoidable these days, and Uconnect stands out here particularly because the Taurus has one of the most frustrating executions of the optional MyFordTouch system, rife with touch-sensitive panels in lieu of real buttons. The Charger retains real buttons and rotary knobs for most of the ventilation and stereo controls, though some functions are worked into the touch-screen, including the very effective optional heated steering wheel and heated and ventilated front seats.

The 8.4-inch touch-screen is among the largest you’ll see, and as such it’s highly legible and has enough space to present buttons along the bottom of the screen without dwarfing the map. The navigation interface, which previously was simple but low in resolution, has been updated and improved.

Cargo
With a volume of 15.4 cubic feet, the Charger’s trunk is on the small side for full-size sedans — below the 300’s 16.3, the Impala’s 18.8 and the Taurus’ staggering 20.1 cubic feet — but you’d never know it by looking: It’s one big trunk, and thankfully the rear seats fold flat in a 60/40 split. While some competitors offer that feature, it’s uncommon among full-size sedans once you step into the luxury space.

Safety
The Charger earned top scores of Good in the Insurance Institute for Highway Safety’s four main crash tests, covering frontal, side and rear collisions, as well as a roof-strength test that indicates rollover protection. Not to take away from the Dodge, but these high scores are shared by most models in the organization’s large family car category. The Charger also has a top five-star overall rating from the National Highway Traffic Safety Administration.

Standard airbags include frontal, front-seat side-impact, side curtains and a driver’s knee airbag. Active-safety options include blind spot warning and forward collision warning systems. A backup camera is also optional. While the backseat is nice and wide, and accommodating overall when it comes to child-safety seats, its contoured surfaces didn’t allow us to install three seats across. See the details in our Car Seat Check. View all the standard safety features here.

Charger in the Market
The Charger is Dodge’s best car, and one of which we’re rather fond. It’s been a top choice for roominess and comfort, and with recent mileage improvements its greatest challenges are a poor reliability history and, in a single package, the new Impala. But it also has more competition than shoppers tend to realize.

The full-size-sedan class isn’t the broadest in the market when compared with midsize and compact models, but if what you seek is simply a large sedan, options are more numerous than you might realize. Oddly enough, some supposed full-size sedans fail to be truly full-size where it matters, skimping on cabin or trunk space, or both. As reflected in the table below, the Charger, 300 and Impala provide 105 to 106 cubic feet of cabin volume along with sizable trunks. The Taurus has a remarkable 20.1-cubic-foot trunk but only 102 cubic feet in the cabin. The Buick LaCrosse is a match inside, but with a wee 10.9-cubic-foot trunk. The newly redesigned 2013 Toyota Avalon comes midpack — but so do the Honda Accord and Volkswagen Passat, which typically are viewed as midsize sedans.

Hard to tell the difference, right? The lines among size classes are blurry and depend on who’s doing the classifying, but there’s no mistaking the price differences. The Accord and Passat start at $22,470 and $21,640, respectively, including destination charges. The Charger is the most affordable of the others, listed at just more than $27,000. It goes to show, you have to shop around rather than act on assumptions.

May 20, 2021
By Caleb Gill from Rochester newyork
Owns this car

This car is amazing and everyone that I take somewhere always says it’s a beautiful car the only issue is that the trunk opens randomly when parked.

i like the car especially the push guard folks move out of the way real quick when I'm behind them it's quite hilarious. and the looks i get are who even funnier. it's a cop car by the way.

Rating breakdown (out of 5):
7 people out of 8 found this review helpful. Did you?
Show full review
3.3

Vehicle has a short that cannot be found. Shuts down in the rain and the computer randomly restarts while driving. Nothing more than an expensive paperweight sitting in my driveway.

Rating breakdown (out of 5):
16 people out of 19 found this review helpful. Did you?
Show full review
See all 132 consumer reviews 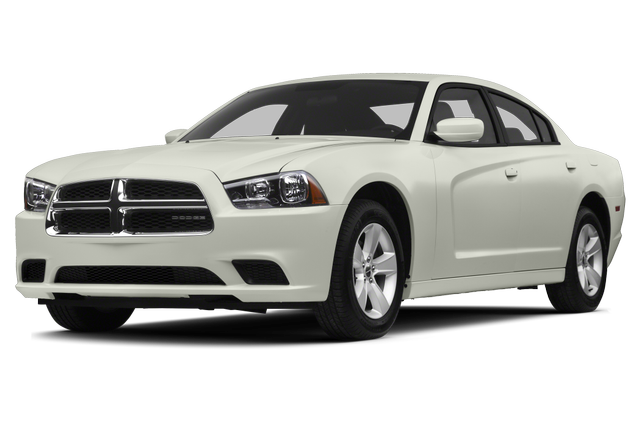 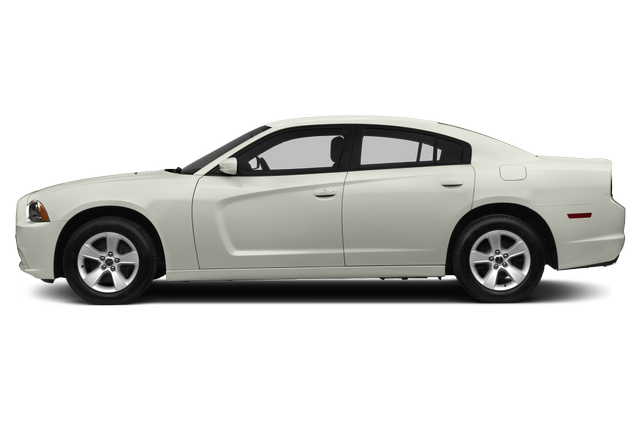 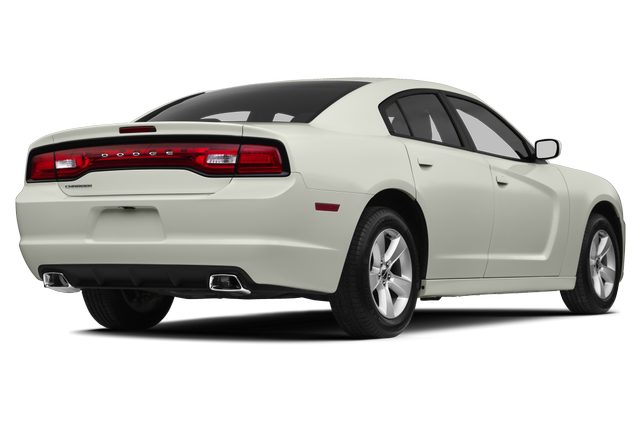 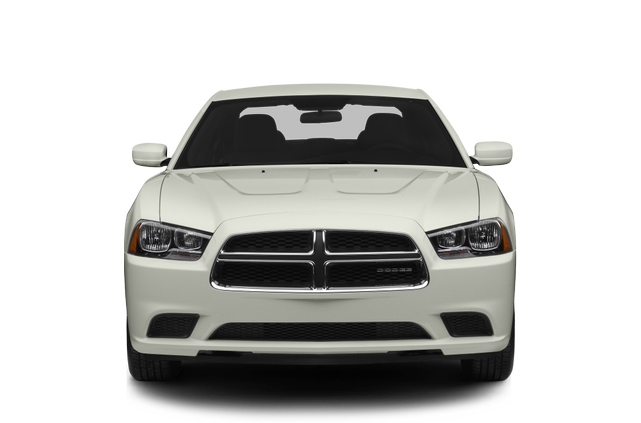 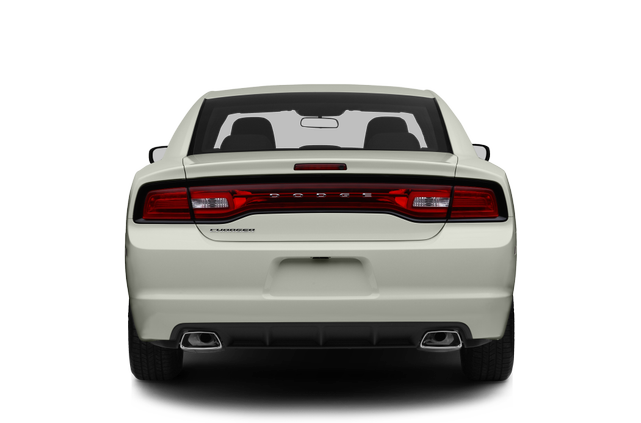 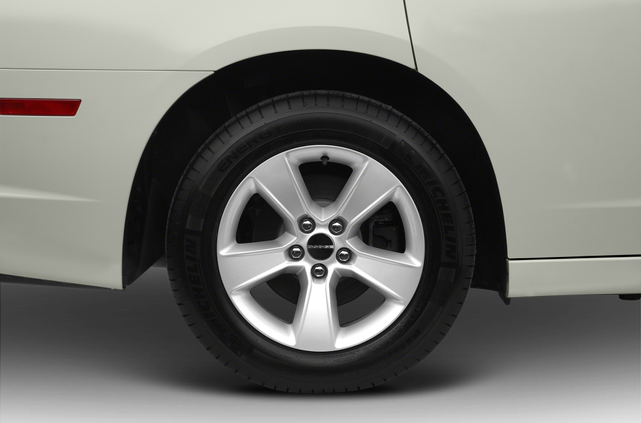 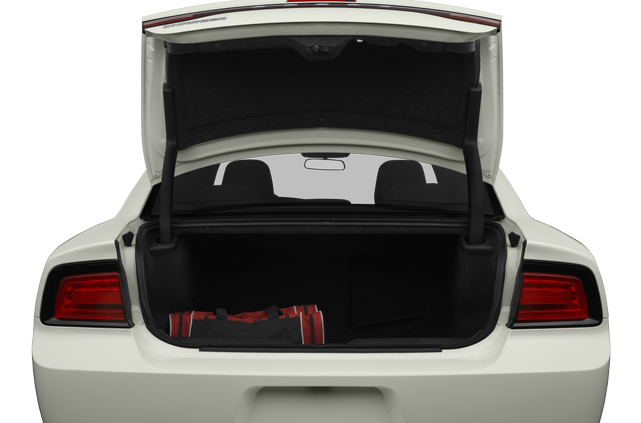 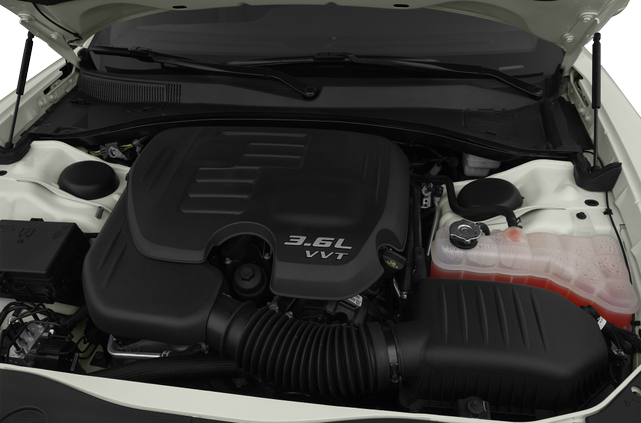 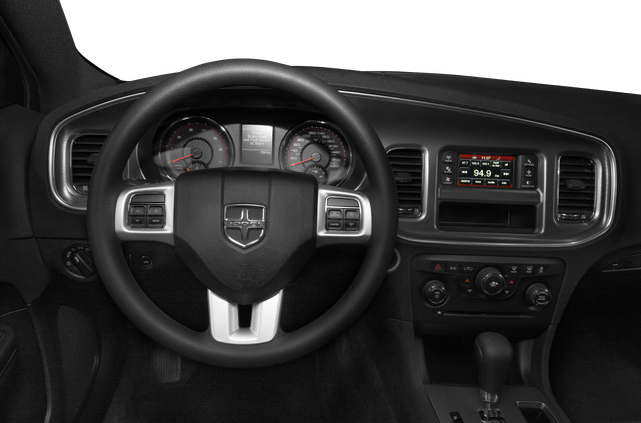 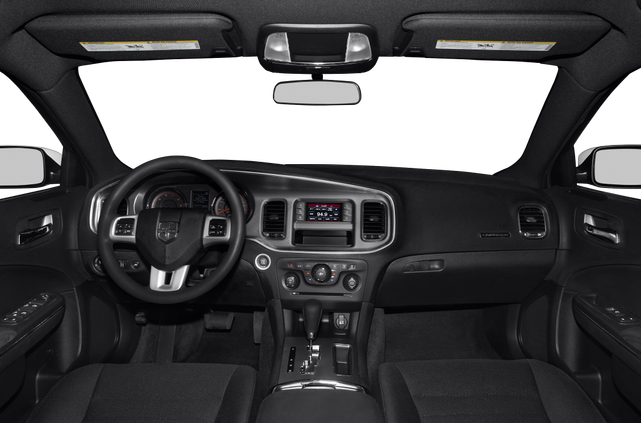 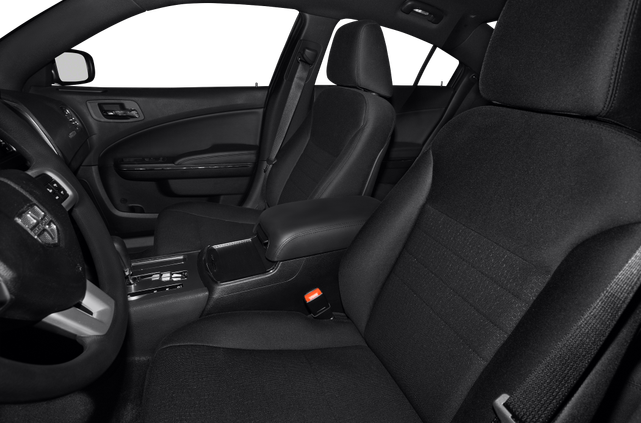 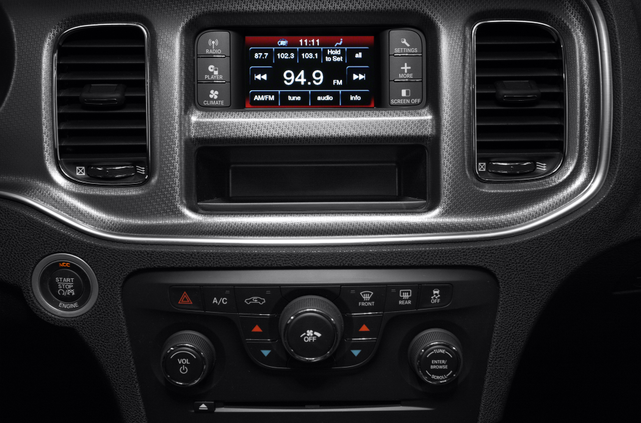 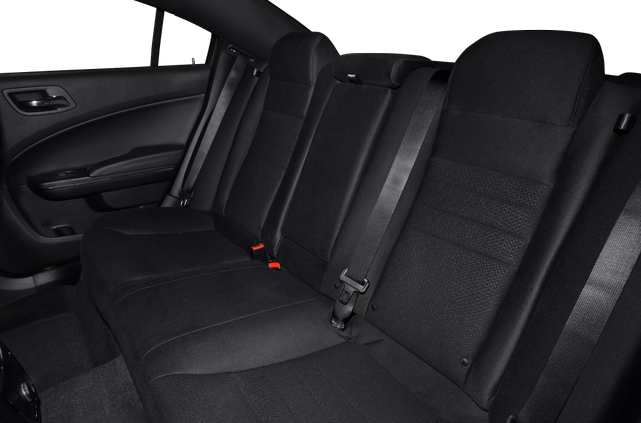 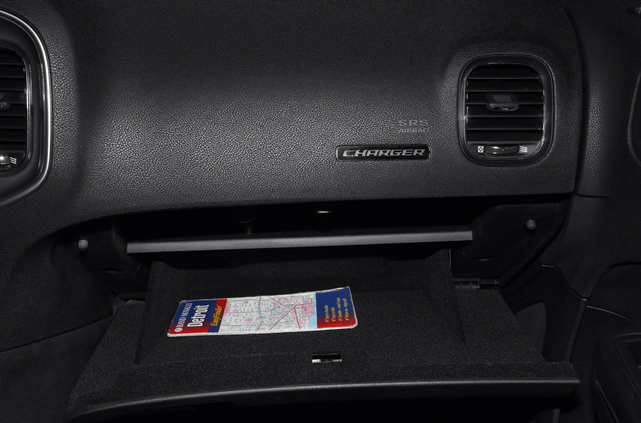 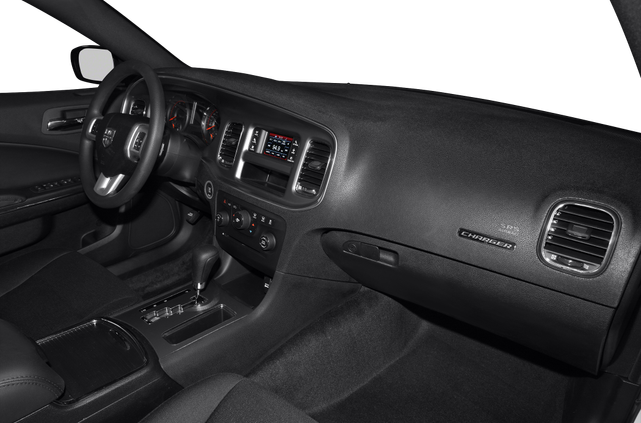 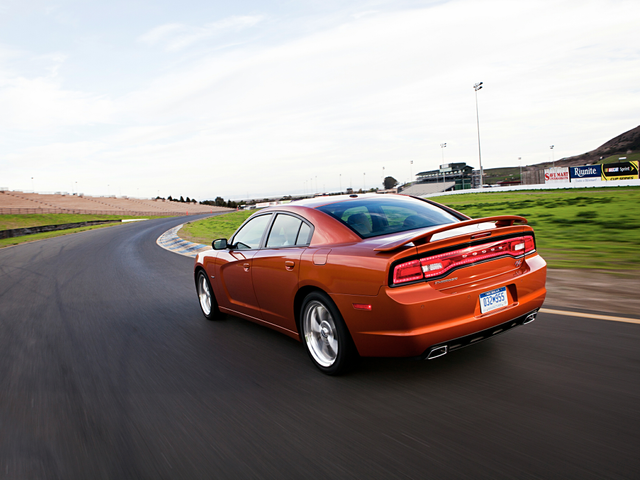 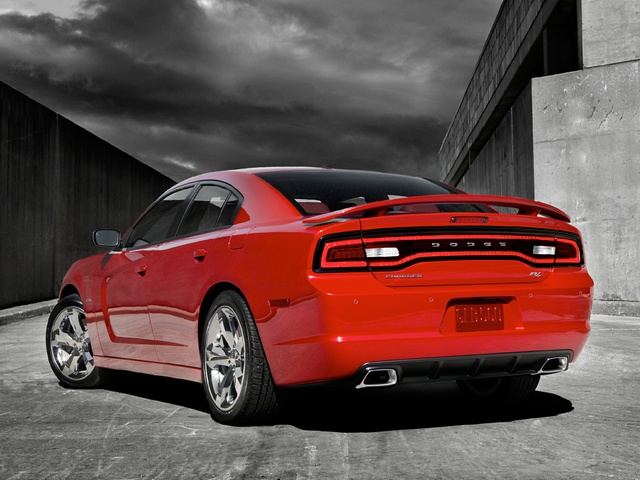 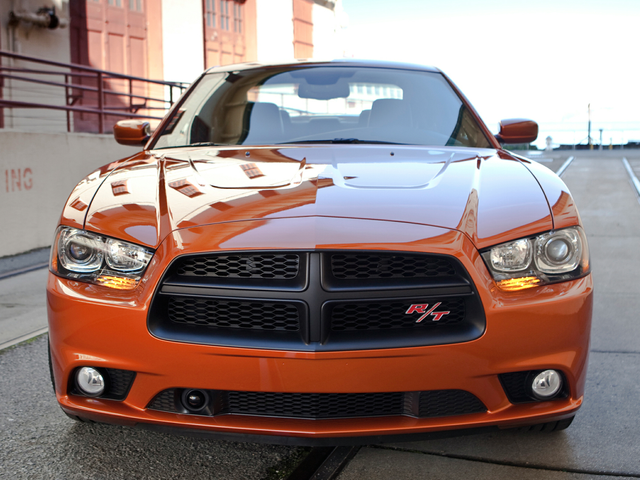 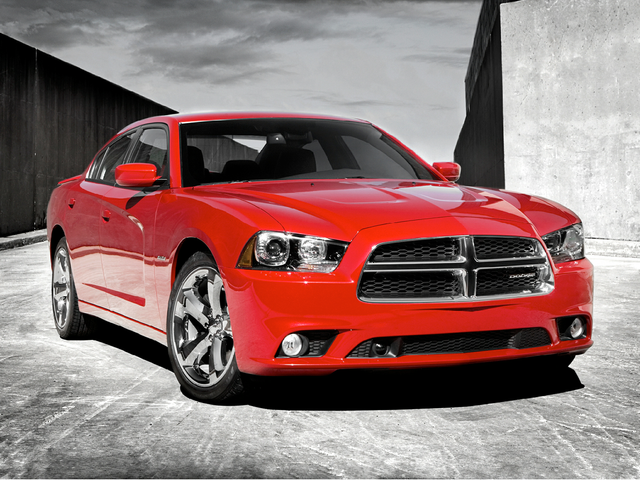 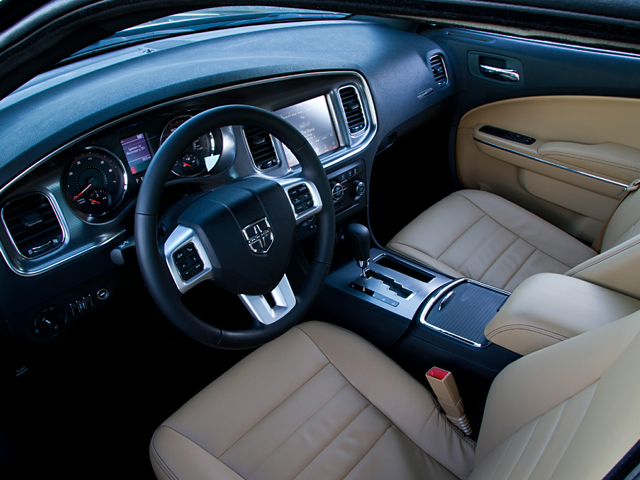 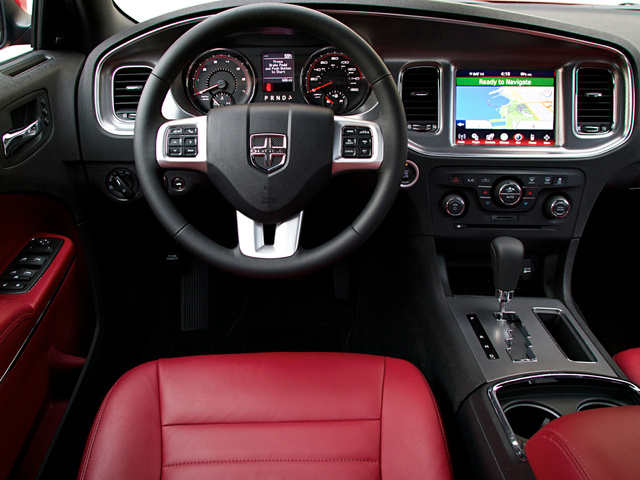 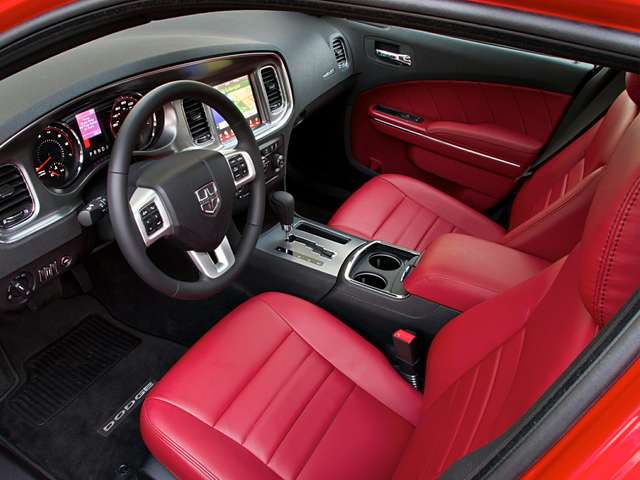