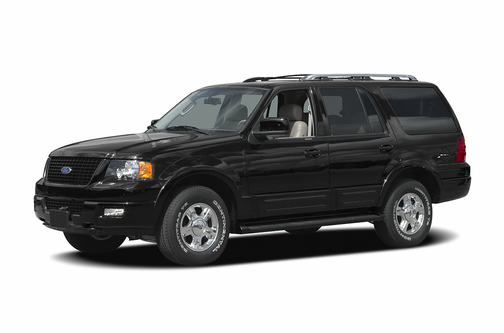 Our 2006 Ford Expedition trim comparison will help you decide.

Might as well start off the new year with a vehicle that represents what went wrong with last year: a big sport-utility. This one is the 2006 Ford Expedition.

In case your memory has faltered only one day into the new year, big SUVs are the villains. They consume more than their share of petroleum, though when last we looked, not a single gallon of gas sold in this world carried anyone’s name on it.

They make it difficult to pull out of a parking space because you can’t see around them. Even some owners are upset because they ride and handle like trucks, which is understandable considering they are trucks.

No one warned consumers that SUVs were a tad unruly before those owners jumped the midsize sedan ship in the name of four-wheel-drive fashion.

When gas prices spiked last year to more than $3 a gallon, consumers and environmentalists called for an end to these monsters until they could deliver at least 30 to 40 m.p.g. just like all the “normal” cars on the road–such as your “high mileage” Cadillac, Lincoln, Lexus, Infiniti and Jaguar.

To more fully appreciate the concerns over big SUVs, we tested one marking an anniversary. Ten years ago, Ford introduced Expedition because consumers demanded them.

Unfortunately, the Expedition that arrived for testing was delivered in a snowstorm, which delayed our resentment toward it as long as it could get through the snow with all four wheels planted firmly on the ground.

Funny how environmentalists in their high-mileage, front-wheel-drive small cars neglected to make any untoward gestures at the big SUV passing while they were slip-sliding away.

And have to compliment Ford for its 4WD system. Turn the dial on the dash. There’s also a 4WD automatic setting that allows you to run in 2WD until wheel slippage is detected and then it switches to 4WD. No need to use 4WD low because it didn’t snow that much.

Expedition is equipped with a 5.4-liter, 300-horsepower, V-8, the only engine choice. The big V-8 does a more than adequate job in getting you moving from the light and into the passing lane with some spirit. And thanks to its 365 foot-pounds of torque, it doesn’t have to take a deep breath to tow or haul heavy loads.

But, and here’s where the energy conscious have a point, it is rated at only 14 m.p.g. city and 17 m.p.g. highway. Have to admit that in foul weather, we never considered what the next gallon of fuel would cost.

When the roads were dry, on the other hand, the eyes tended to look at the huge numbers outside the refueling stations.

One common big SUV complaint, the one about truck-like ride, didn’t prove true. Ford has adjusted the suspension so we enjoyed almost sedan-like ride without being bounced and brutalized in the cabin. Bumps and abrasions in the road weren’t jarring and jostling.

However, this thing rides on a 119-inch wheelbase and is 205.8 inches long overall to hold three rows of seats as well as a massive amount of luggage. So you’ll lean in that seat when making a turn or taking a corner. You won’t need much prodding to back off the accelerator when having to direct the steering wheel to the left or right.

Yet Ford has taken pains to account for the vehicle’s size. AdvanceTrac stability control with roll-stability control is an option at $595. The system was borrowed from Volvo, which offered it first in the XC90 SUV. It uses gyroscopic sensors to detect possible tilt and employ the standard four-wheel anti-lock brakes and/or reduce engine power to keep the vehicle roof-rack side up. But when the motorist disregards speed or hits a curb at the wrong angle to trip the machine, a safety canopy air-bag curtain with rollover sensors deploys and stays deployedto protect occupants. It runs another $595.

What Ford couldn’t do in a vehicle this size, however, is make it agile enough to slip into or out of parking stalls with ease. Whether at the mall or the grocery store, you have to look for a spot to park where you won’t be hemmed in and unable to open your doors.

Expedition also comes in too many flavors: XLS, XLT, XLT Sport, Eddie Bauer, Limited and King Ranch, the version we tested. Hopefully, it will offer fewer when the new Expedition comes out for 2007. King Ranch adds such gingerbread as aluminum wheels with King Ranch logos; floor mats with those logos; step bars though some would call them running boards (regardless they are a necessity unless you top 6 feet tall); power folding and heated mirrors with built-in turn signals so those behind can better see your intention to turn; leather seats; and power third-row seats (standard King Ranch and Limited).

Plan your loading carefully and you can press the buttons to angle up the seat backs and slide the packages toward you so you don’t have to stretch so far inside.

But there still is stretching to do. The hatch lid has a handle on the outside for easy opening. But the lid rises high for loading and unloading and to close it you have to reach far inside to grab a pull cord.

Getting into the third-row seat was made easy by the optional pair of second-row captain’s chairs ($795) rather than a three-passenger bench seat. The captain’s chairs provided a wide aisle to the third, which was a surprise, with ample head, leg and arm room for adults. It actually has more leg room than in the slightly cramped second row.

A most pleasant option for the second- and third-rows is a DVD system with a pull-down screen and headphones. Anyone who traveled to grandma’s without such a system over the Christmas holidays will never know the ability of DVD technology to keep the rug rats at peace unless they buy one–at a hefty $1,500.

Other noteworthy features include power plugs in the dash and rear cargo wall, a huge center console storage compartment under the armrest that has not only coin, tissue box and pen holder, but also room for a laptop and a host of DVDs.

Large and small stowage compartments dot the cabin, though the glove box is so tiny a pair of gloves will barely fit.

Other nice touches are a reverse-sensing system ($255) that bleeps a warning when objects are behind; a power moonroof ($860); power adjustable pedals (standard in King Ranch); and power rear quarter windows ($125) that bring fresh air to third-row passengers. Unlike some minivans, however, both windows open or close together, not separately.

The price tag is one reason some who want the security of four- or all-wheel-drive are switching to smaller SUVs or crossovers. Low mileage and so-so handling are others.

Expedition sales are down about 24 percent from a year ago.

– No shortage of room for people or their possessions and you sit up high seating so you can see what’s coming down the road.

– Four-wheel-drive for any season or any reason motoring.

– Effects of size on handling as well as on slipping into and out of a parking space.

Read Jim Mateja Sunday in Transportation and Wednesday and Friday in Business. Hear him on WBBM Newsradio 780 at 6:22 p.m. Wednesdays and 11:22 a.m. Sundays.

December 3, 2020
By Seattlefan from Seattle, WA
Owns this car

I've owned this Expedition for almost fifteen years and it's still in excellent condition. It has been highly reliable and the only issue I've had has been an alternator replacement. Drives well, cleans up well, and has super road visibility.

November 28, 2020
By Leobigrider from Athens, AL
Owns this car

As a customer I try to aim for the best most car at the least cost satisfying reliability 1st. Comfort 2nd, and eye test last. I got all in this one.

Rating breakdown (out of 5):
0 people out of 1 found this review helpful. Did you?
Show full review
3.9

It was ok but fuel hog

June 14, 2020
By Booooyyaahhh from St cloud mn
Used to own this car

I like it very roomy can fit full size bed but gas mileage was horrible. Favorite was the push button fold down 3rd row seat

Rating breakdown (out of 5):
2 people out of 2 found this review helpful. Did you?
Show full review
See all 40 consumer reviews 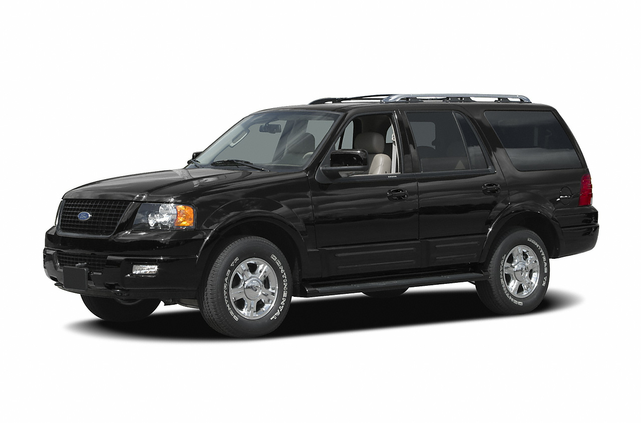 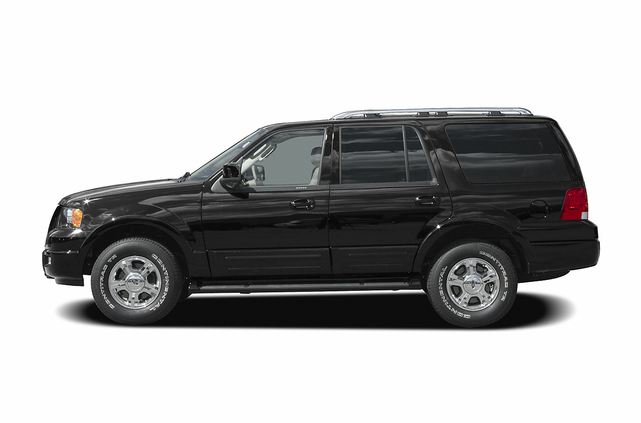 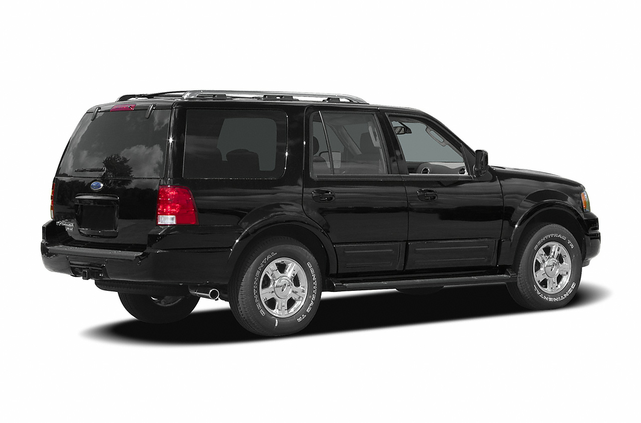 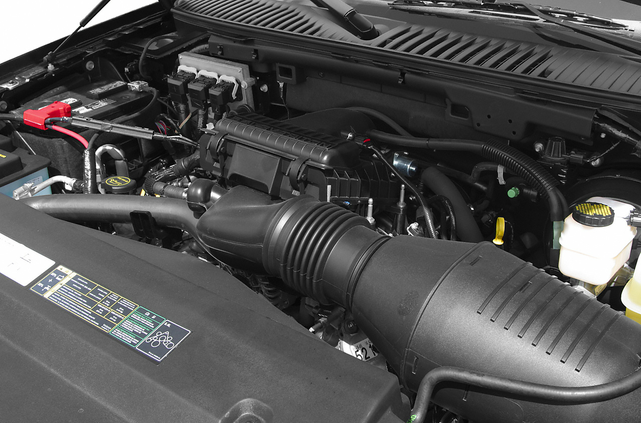 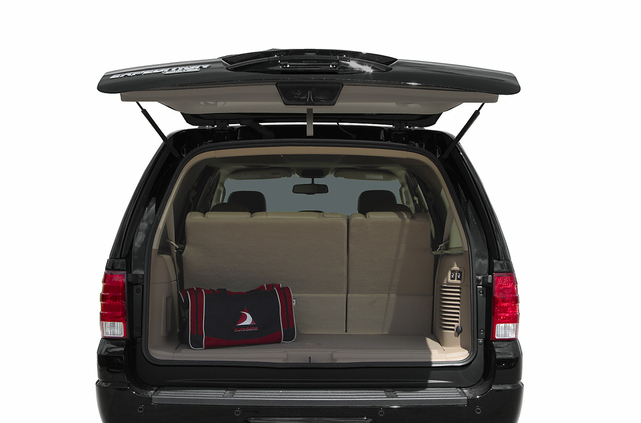 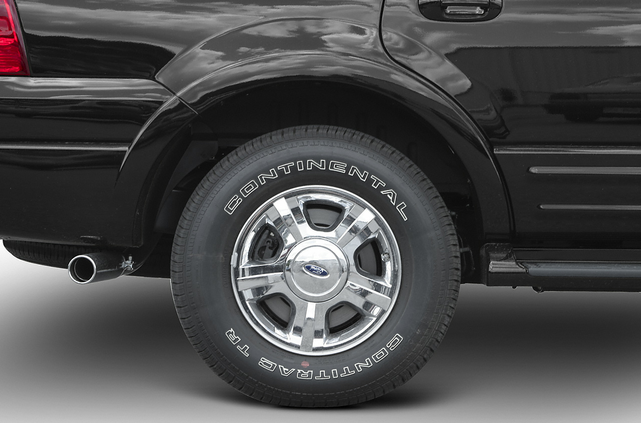 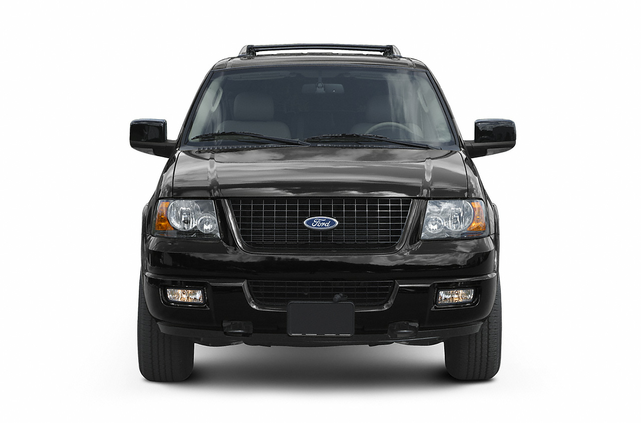 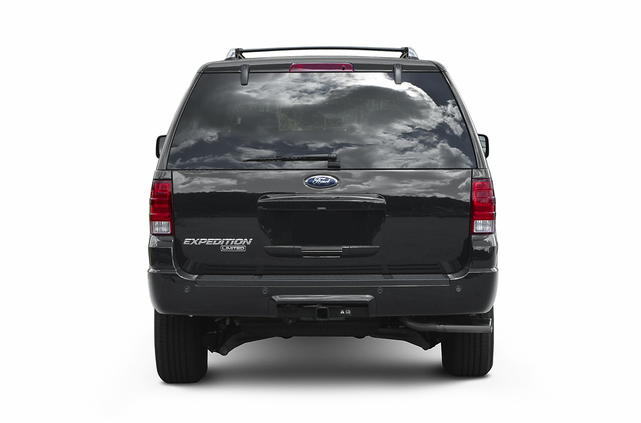 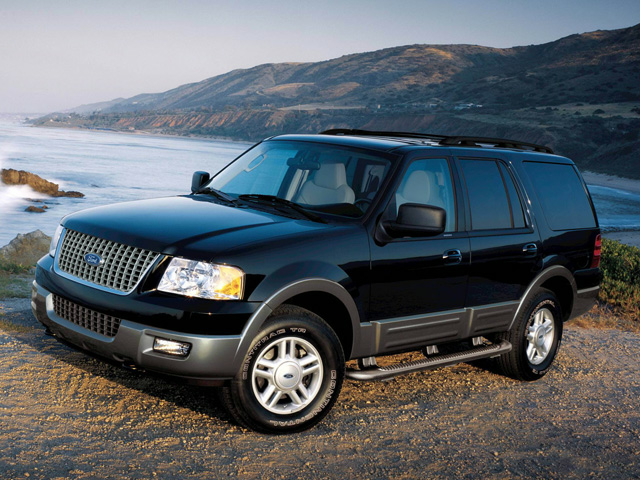 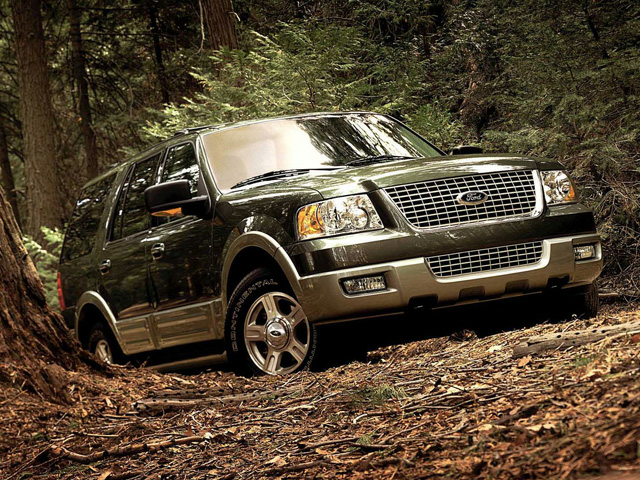 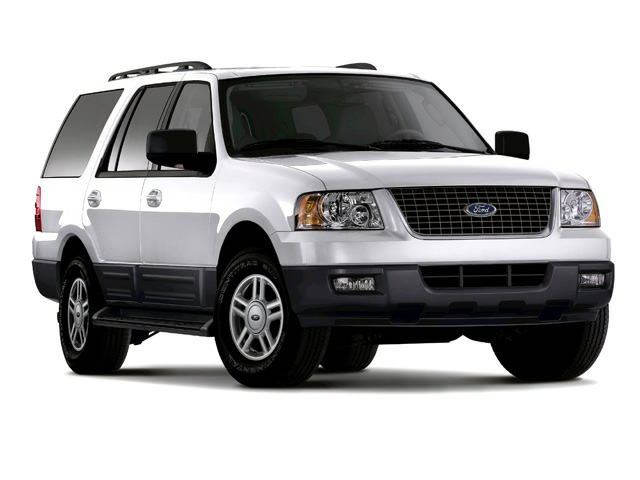 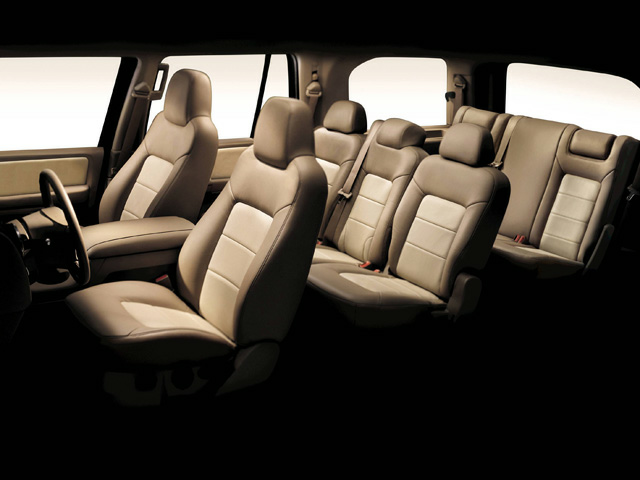 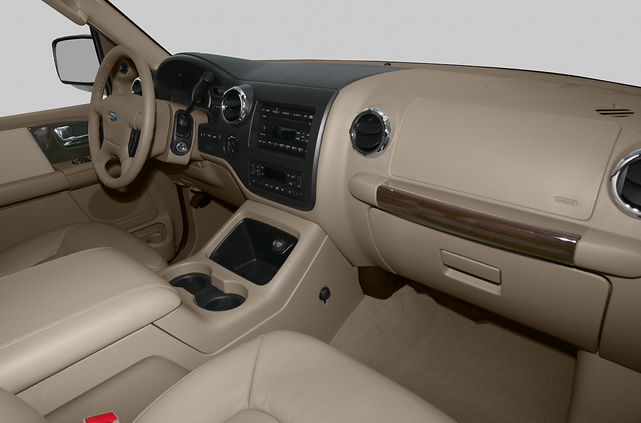 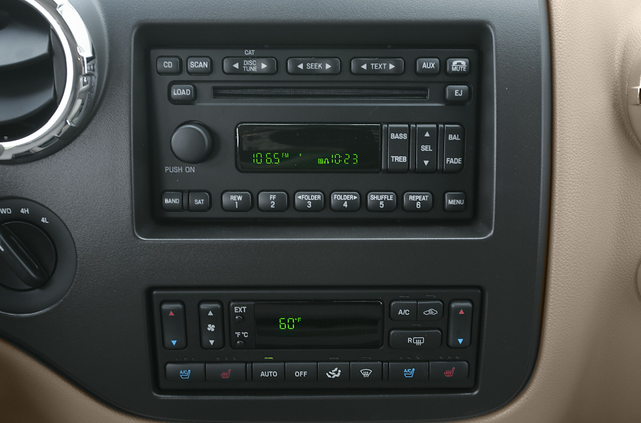 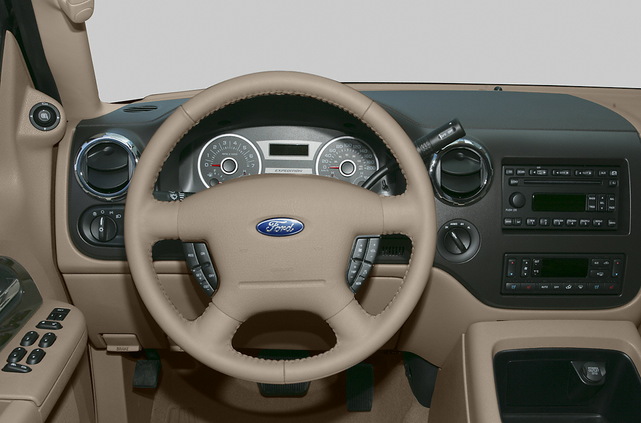 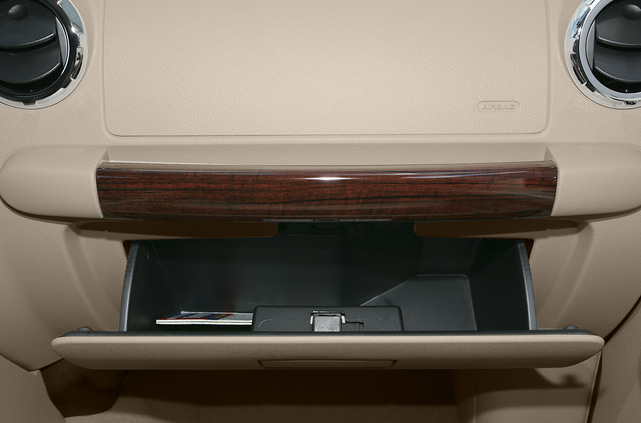 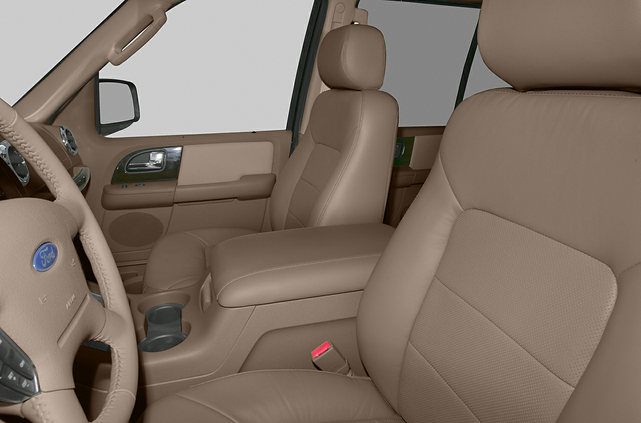 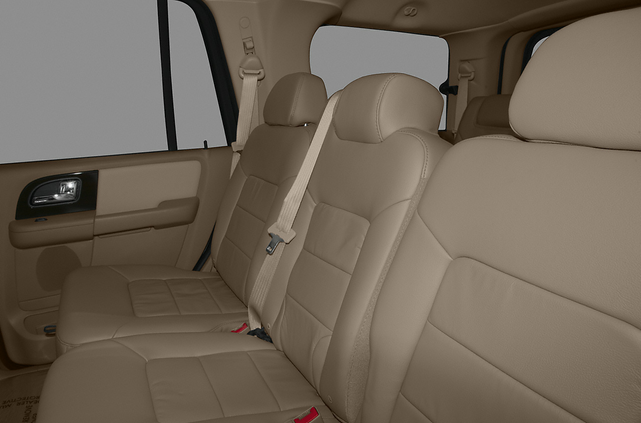 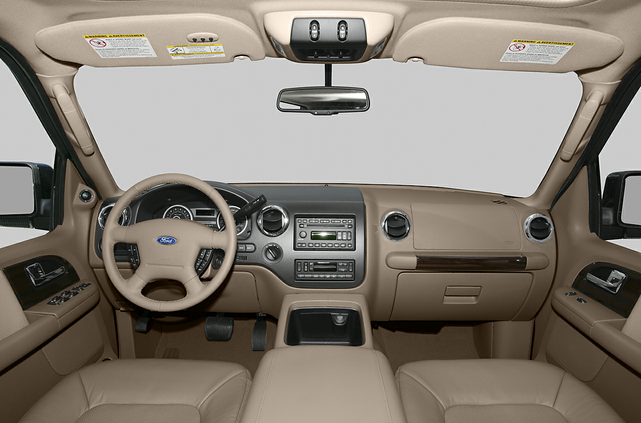