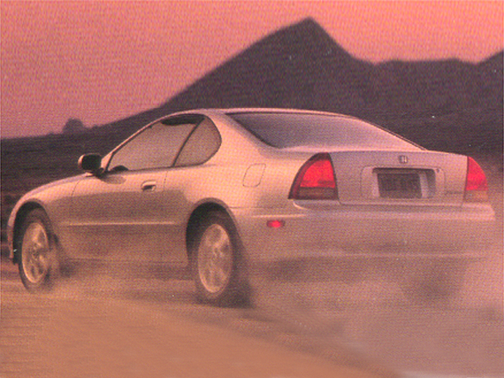 Our 1993 Honda Prelude trim comparison will help you decide.

WE MET and parted as strangers. There was no love between us, no kindness. We simply tolerated each other during our time together. There was tension, occasionally relieved by surreptitious speeding along Virginia’s back roads. But those were cheap thrills, which didn’t merit post-pedal conversation.

Whose fault? I don’t know. How do you assess such things? The 1993 Honda Prelude Si VTEC was pretty enough. It was brilliant red, which always gets me excited. Its body had the requisite roundness, albeit carried to exotic extremes. It was long and low in the front, and high and curved in the rear, with taillamps that appeared to smirk. It called attention to itself.

Still, the Prelude Si VTEC was the automotive version of the date from hell, a car of monosyllabic expression. The cabin highlighted the problem. It was functional in a missionary sense — all gauges and dials properly placed. The instruments, however, were implanted in a dashboard that resembled a banked racetrack. Some people liked that styling. It left me cold.

And the driver’s seat! Perhaps the Prelude Si VTEC should’ve come with a driver’s size requirement: no one over 140 pounds need apply. My thighs felt cheated by the car’s buckets. Yet I could’ve lived with even this had the car offered at least the pretense of a smile. It did not.

From the very beginning, the feeling was that of two beings who had been thrown together with little in common, and with even less chance of some serendipitous mutual discovery that would’ve helped them bind up their differences and get along. The cold truth: Outside of the obligation to test it, I would not have chosen the Honda Prelude Si VTEC. I’m certain that it would not have chosen me.

Background: Sometimes, growing up is not everything it’s cranked up to be. Previous Honda Preludes, for example, were cute personable cars. Of course, they were reliable and all of that. Most Honda cars are. But the old Preludeswere fun, largely because they did not take themselves seriously. The new Prelude, restyled and reengineered since 1992, has all of the airs of a wannabe — a wannabe Porsche 911, a wannabe Acura NSX. It’s neither. Nor is it an Acura Integra GS-R, a Honda-made product of Prelude-like dimensions, that is a much better car for the money.

Honda Preludes come in two forms, the base S and the uppity Si. The Si is available with two option packages — four-wheel-steering (Prelude 4WS), in which all four wheels have steering ability, an interesting feature that is mostly unnecessary on U.S. highways; and the tested Prelude VTEC, a car with a 2.2-liter, 16-valve, double-overhead cam, 190-horsepower engine that does indeed take small-car engineering a giant step further.

Complaints: Enough said, except that the rear seats are practically useless for anyone over 5 years old.

Praise: The VTEC engine, which precisely and expertly controls the movement of intake and exhaust valves, provides maximum power with minimum fuel consumption at all speeds. It’s one of the best four-cylinder engines in anybody’s car. A 1.7-liter version of the engine can be found in the Acura Integra GS-R.

Others goodies on the Prelude Si VTEC include standard driver-side and passenger-side air bags, five-speed manual transmission (no automatic available in the Si VTEC) and power-assisted four-wheel-disc brakes with anti-lock backup.

Head-turning quotient: It turned me off, and did the same to some owners of older Preludes. However, some folks thought the Si VTEC’s styling was hip.

Ride, acceleration and handling: Ride feel was compromised by the too-small driver’s seat. Handling was excellent, as were braking and acceleration. The car is as technically correct as some people are politically correct. Maybe it’s my fault: I don’t like spending time with PC people, ei her.

Purse-strings note: Too much money, too little joy. The Acura Integra makes more sense, offers more fun for less. Also compare with the Ford Probe, Mazda MX-6, Volkswagen Corrado VR-6, Nissan 240 SX, Mitsubishi Eclipse, all of which give the Prelude a darned good run for the money.

I have been a proud Honda owner of many makes and model's that Honda makes but by far this is the best one. Reliable and dependent are two words that best describe a Prelude. Classy, sleek body style in a compact size makes it easy to get around town. Very easy to find "after-market" parts are made for it, to make it your own style.

October 17, 2013
By MKinkade from Prescott AZ
Owns this car

The Honda Prelude is one of Hondas best "budget" sport style cars ever made. The 4th generation is the model that really propelled the prelude forward. With its strong 2.3 liter engine and five speed manual gear box it is an extremely quick and fun car. The 93 prelude handles very well and the steering seems to get tighter the faster you go. I have owned my prelude for 13 years and the car has never let me down. As with most Hondas, a little service and regular maintenance and they will run forever. The styling was ahead of its time. Just look at what the other car makers were making in 1993. Great car, can't go wrong with it. 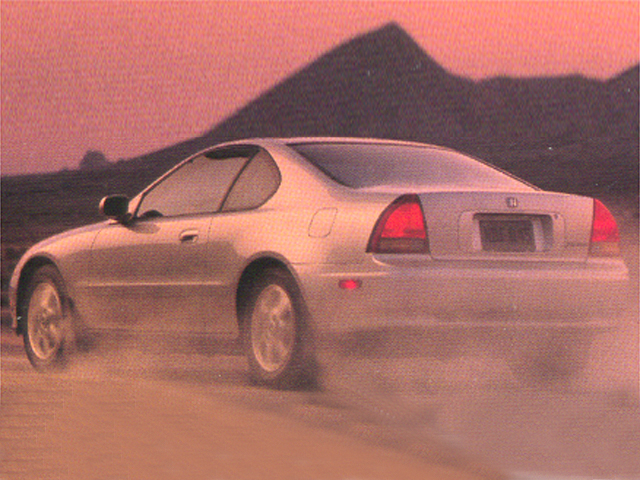