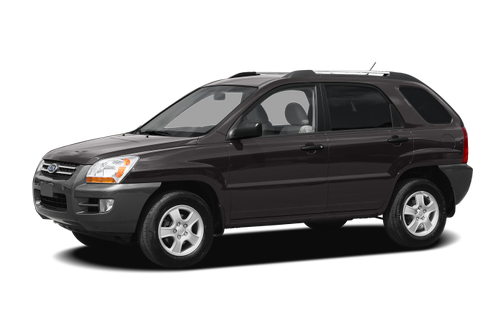 Our 2008 Kia Sportage trim comparison will help you decide.

When the redesigned Kia Sportage and its Hyundai Tucson sibling arrived a few years back, they leapfrogged their competitors — pole-vaulted them, really — in safety features and value. Most have caught up, however, and today Kia’s entrant lacks its former appeal. Stripped-down versions of the Sportage are still a bargain, but as a whole, this SUV trails the pack.

Front- or all-wheel-drive models come in LX or uplevel EX trims. The LX can have a four-cylinder or V-6, while the EX gets only the V-6. I drove a four-wheel-drive EX. All trims carry over with few changes for 2008; click here to see a comparison with the ’07 Sportage.

Rounded Styling
The Sportage might just have enough body cladding to qualify for this year’s Pontiac Grand Am challenge. OK, there’s no actual contest, but from any angle the Sportage’s trimmings give it an over-accessorized look, especially compared to some of the cleaner SUV designs out there. The Sportage LX starts with black mirrors, 16-inch alloy wheels and gray bumpers; EX models add fog lights, which are optional on the LX V-6. Body-colored bumpers come with an upgrade package on the EX.

The SUV’s dimensions should appeal to city drivers: It’s narrower and shorter than most major competitors, in some cases by significant margins. The Toyota RAV4 is 9.8 inches longer, while Nissan’s Rogue is nearly a foot longer. Not surprisingly, the Sportage’s 35.4-foot turning circle beats all major competitors except the Subaru Forester (34.4 feet), Toyota RAV4 (34.8 feet) and Mitsubishi Outlander (34.8 feet).

The Inside
I suspect an immediate turnoff for many shoppers will be the driver’s seat. It’s narrow and marginally cushioned, and after a three-hour trip from Chicago to Wisconsin another editor and I agreed that the backrest felt like an ironing board. An eight-way manually adjustable driver’s seat is standard, but 6-foot-plus drivers will find it doesn’t go back far enough. Our test car had heated leather seats, but the upholstery feels downmarket of the cowhide in a Honda CR-V. The seat heaters are either hot or off, whereas others offer as many as five stages of intensity. A telescoping steering wheel is also unavailable — that’s an important feature the RAV4 and CR-V have standard.

The Sportage’s interior styling is aging fast. The contoured surfaces remind me of a previous era, and the passenger airbag still has an old-school cutout panel rather than being seamlessly integrated into the dash. In any trim, the stereo lacks an MP3 auxiliary jack and steering wheel controls; most competitors offer both. Materials quality is more respectable: The dashboard plastics are hard to the touch — typical for this class — but they have a low-gloss, attractive finish. Uplevel models add chrome door handles and silver plastic to certain areas; I’m usually not a fan of anything trying to simulate real metal, but Kia’s has a matte finish that manages to look decent.

Other controls feel secure but not premium. A few years back, that would have made par for this class, but competitors from the CR-V to the Rogue have raised expectations in aspects like button damping and knob feel. Controls in the Sportage, from the hazards switch to the stability system cutoff, still have yesterday’s hollow, tinny click. The A/C knobs feel solid, but a pull-out console below them wobbles uncertainly. The automatic shifter shuffles through its positions with nowhere near the precision Honda and others have executed.

The backseat offers plenty of headroom and adequate legroom for adults, and the backrest reclines more than most. There’s also a standard folding center armrest, something the Rogue and Ford Escape still don’t have.

Storage & Cargo
The Sportage’s 60/40-split backseat folds in a single motion to create a flat, continuous floor. (You’d think such usability would be a no-brainer, but the Escape and CR-V still manage to foul it up by requiring multiple steps.) Hard plastic seatbacks and a standard fold-flat front passenger seat should help with the Home Depot runs, and the Sportage’s 66.6 cubic feet of maximum cargo volume ranks midpack.

Less competitive are the storage options with the rear seats up. Some of the center consoles in this class can swallow a mom’s purse; the Sportage’s might handle a prom-goer’s. The glove compartment is unexceptional, and cargo room with the seats up is a segment-trailing 23.6 cubic feet. Both the five-seat RAV4 and the Outlander offer about 50 percent more.

How it Moves
My all-wheel-drive test car came with the 2.7-liter V-6 and a four-speed automatic transmission. The engine musters energetic torque off the line but can’t match that initial thrust at higher speeds. On the highway, the automatic kicks down to 3rd without too much pedal prodding, though its downshifts aren’t always the smoothest. Passing others from 60 to 70 mph is easy enough, but the Sportage lacks the confidence of a V-6 Saturn Vue or turbocharged Volkswagen Tiguan, let alone that of the silly-fast V-6 RAV4. Opting for front-wheel drive shaves a significant 176 pounds, or 5 percent, off the Sportage’s total weight; that would likely improve passing power a bit.

A 2.0-liter four-cylinder with a five-speed manual is standard; with the automatic, it comes only in front-wheel drive, so you have to upgrade to the V-6 if you want an automatic with all-wheel drive. The V-6 comes with the automatic and either driveline. Neither engine is particularly efficient: The four-cylinder/manual combo yields 20/25 mpg city/highway, which many four-cylinder competitors beat. The 2009 model does better in certain configurations, according to the EPA; a Kia spokeswoman has yet to tell me why, but the Tucson achieves similar improvements thanks to revised drivetrain calibrations, so I suspect the same is true for the Sportage. Even so, the ’09 model still trails many of its competitors for overall efficiency.

Like most compact SUVs these days, the Sportage utilizes a car-based unibody frame with independent front and rear suspensions. Ride quality is decent; the chassis remains composed over bumps, and ambient noise below 80 mph is low. The steering wheel feels evenly weighted, if a bit heavy, at low speeds; on the highway it retains a secure straight-ahead feel. Off-ramps and lane changes yield moderate body roll, but the wheels manage to hold the line nicely over mid-corner bumps.

Safety
When the Sportage first arrived for 2005, it was among the first affordable SUVs to offer a standard electronic stability system. Others have caught up, and stability control is standard on nearly all of today’s SUVs. (Traction control, a prerequisite for any stability system, is also included.)

Despite its six standard airbags — including side-impact airbags for the front seats and side curtain airbags for both rows — the Sportage earned mediocre crash-test scores from the Insurance Institute for Highway Safety. IIHS awarded front and side-impact scores of Acceptable, one rung down from the best rating, Good.

Features & Pricing
Without the destination charge, a front-wheel-drive, four-cylinder Sportage LX starts at $16,050, some $3,000 to $5,000 below its major competitors. That’s wicked cheap, but you won’t get air conditioning, keyless entry or an automatic transmission — features most competitors include standard. (You do get power windows and a CD stereo, which might be enough for some.) A/C adds $800; it’s included if you upgrade to an automatic transmission or all-wheel drive, though both models cost considerably more.

The EX starts at $21,395 and includes the V-6 and an automatic. It also adds keyless entry, body-colored exterior trimmings, a moonroof and a leather-wrapped steering wheel. Leather upholstery, heated seats and an upgraded stereo are optional; fully loaded, the Sportage tops out under $26,000. That undercuts many fully loaded competitors, but Kia doesn’t offer features like automatic climate control or a navigation system.

Sportage in the Market
Once a strong up-and-comer, the Sportage is now falling behind: It’s competitive in several areas but rarely stands out, and its aggravations are widespread. There are some pretty steep cash-back offers available on it right now — up to $3,000 depending on the configuration — so for the moment, at least, the value appeal remains intact. That, plus Kia’s impressive 10-year powertrain warranty and above-average reliability, give the Sportage the sort of appeal an accountant might recommend. With all its shortcomings, though, I’d suggest something else.

Hoping to ride it 'till it cain't ride no more'

Bought new in 2008 (14 miles on it). Still going strong at just under 100,000k. Accelerating to overtake has always been a bit of an art, but the handling has gotten me out of quite a few potential situations. Having had to rent or borrow SUV's on trips while out of town I hv to say that the Sportage is much nimbler...maybe it's the design. Like a little bullet. The length is perfect for NYC close parallel parking...trust me, I've gotten into outrageously small spots nicey-nice! The flat seating for extra cargo room has helped me move friends, work kids' sporting events transporting display mat'l, folding tables & chairs, deliver mid-sized skids of food during the pandemic so whoever says Sportage has no cargo room hasn't tried. Regular maintenance-even after the fantastic warranty expired-has been key. A few dings (no rust) and still gets compliments when she comes out of the car wash. Never let me down thru 14 yrs of crazy NY snowstorms. And it's a really smooth, quiet ride on the highway. Hoping to ride it 'till it cain't ride no more'.

October 6, 2020
By Update from 'Proud Kia Owner!' from Tarrytown, NY
Owns this car

I wanted to provide an update from my original review in 2011. I have owned this vehicle for 10 years now and it has been a very reliable car to drive over that time. I did have to replace the A/C compressor and power steering pump (which was included in my extended warranty) but have not had any other issues to note. Over the past 10 years this vehicle has been a pressure to drive and its never let me down in the snow. I did change the timing belt and spark plugs and only have 84,000 miles on it, so I can be good for another 10 years if I choose. I would recommended this vehicle to anyone who is looking for a reliable used SUV under $5,000!!

Rating breakdown (out of 5):
7 people out of 7 found this review helpful. Did you?
Show full review
1.7

The advertisement stated a nice car problems after problems be aware if your looking to purchase a car DO NOT GO HERE WORST CUSTOMER SERVICE. 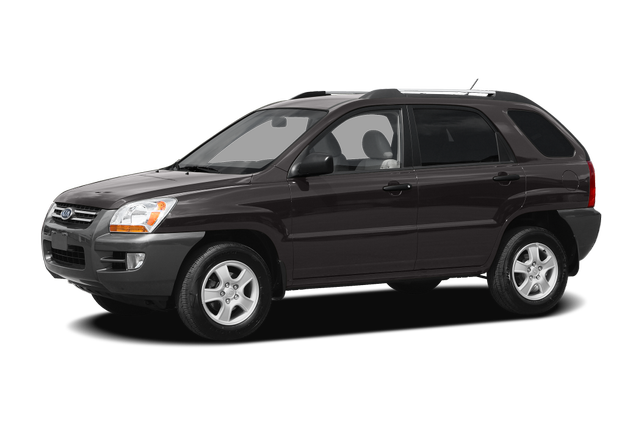 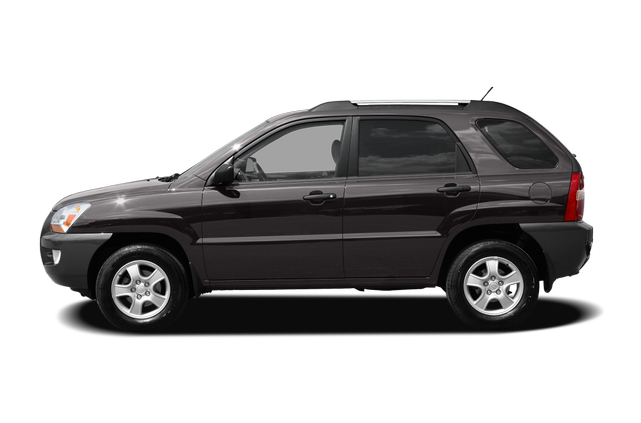 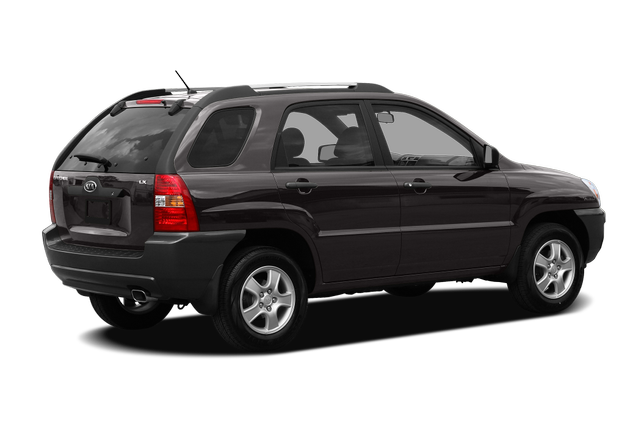 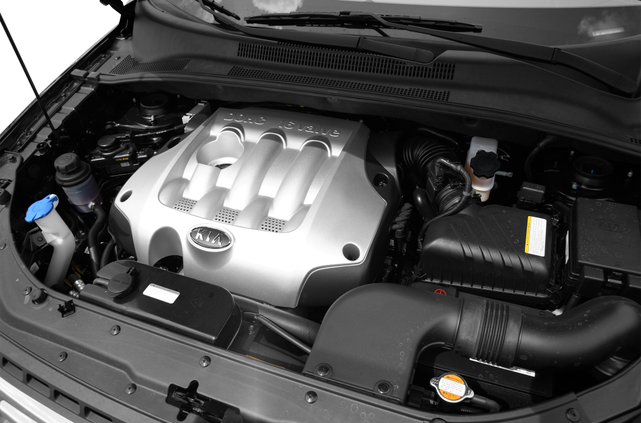 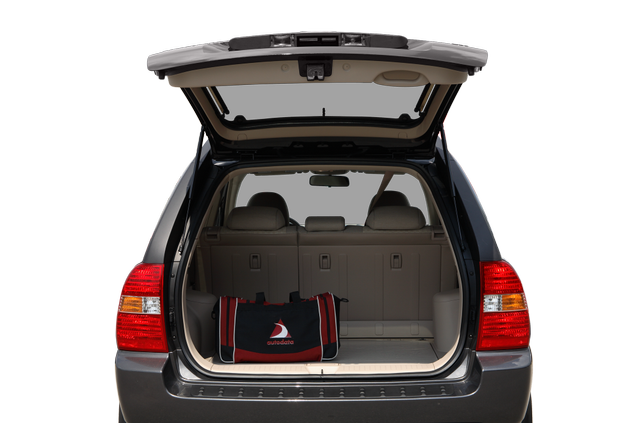 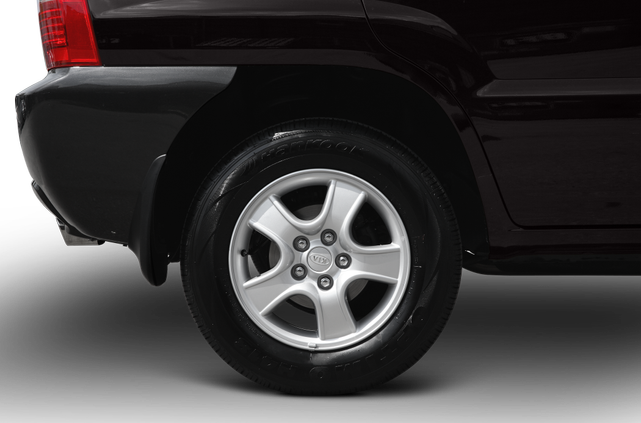 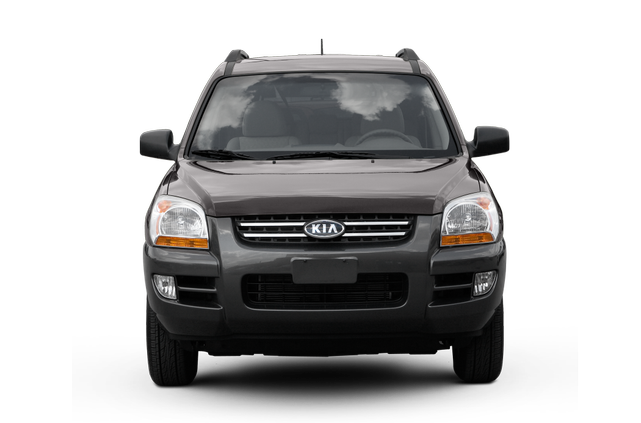 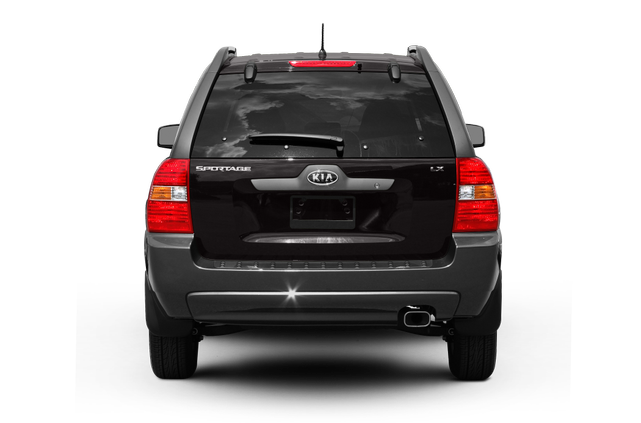 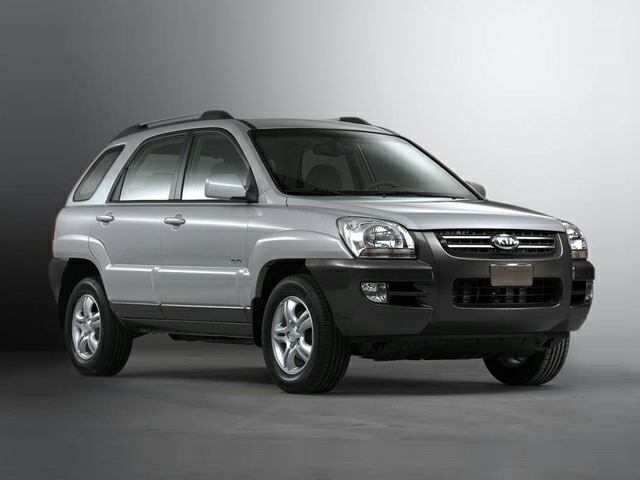 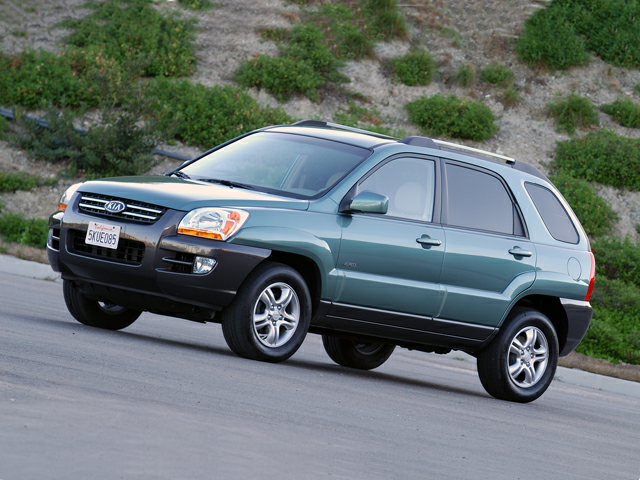 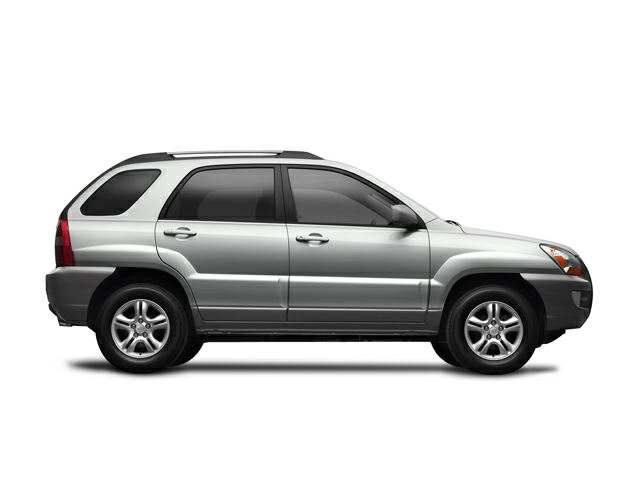 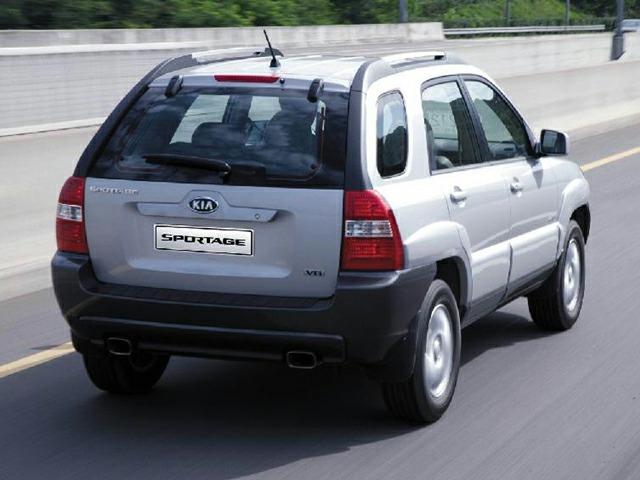 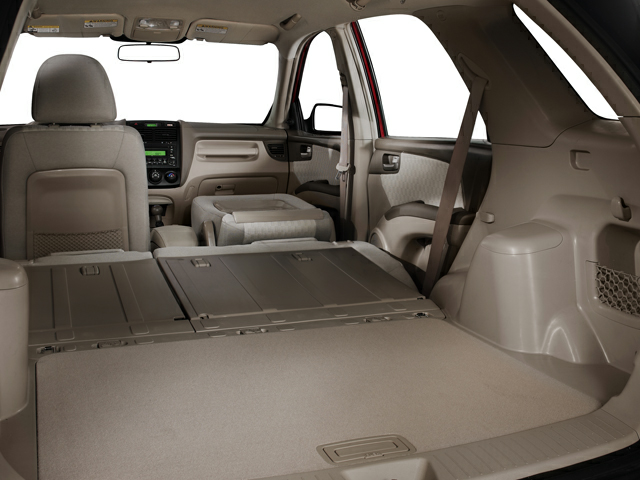 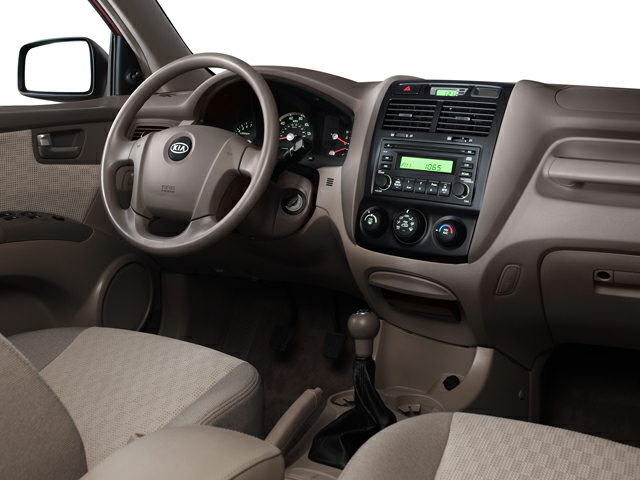 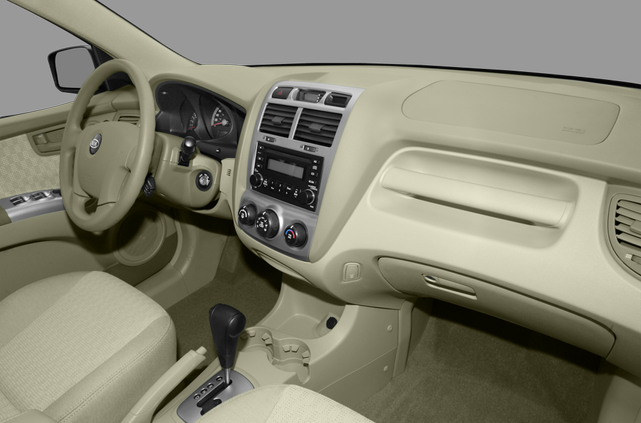 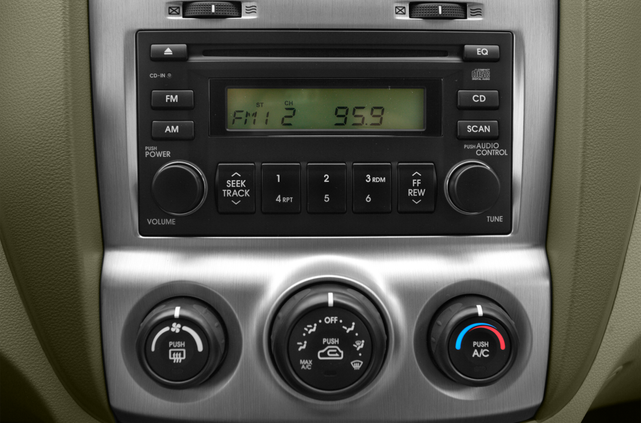 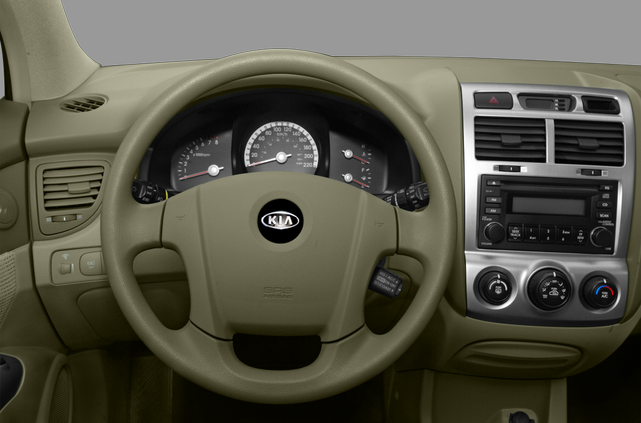 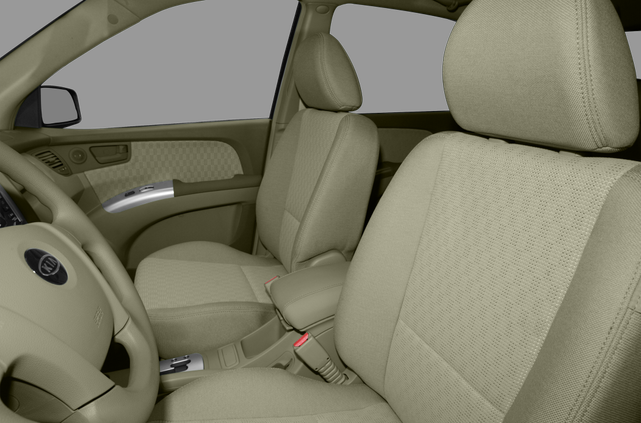 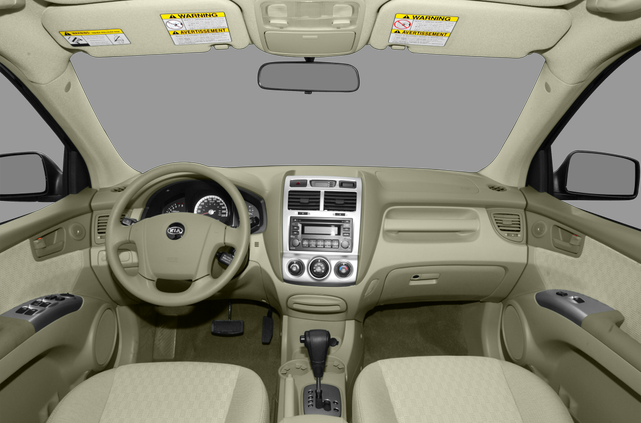 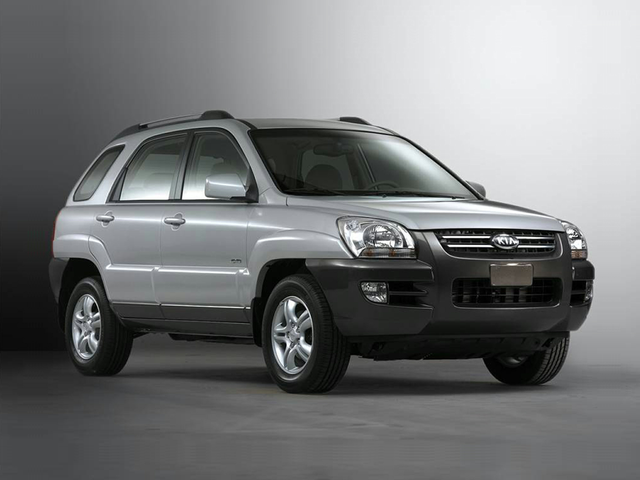 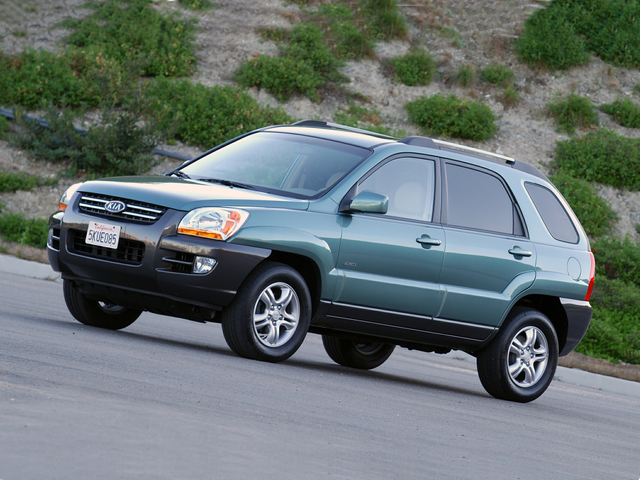 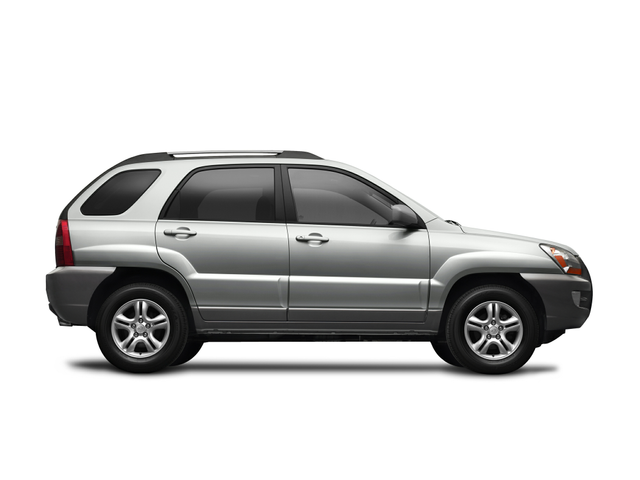 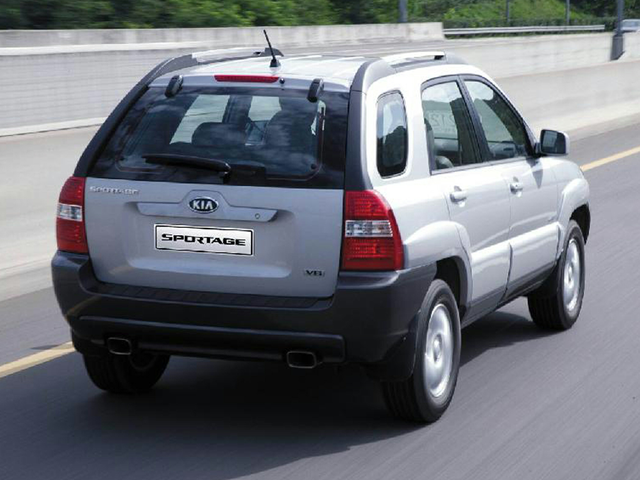 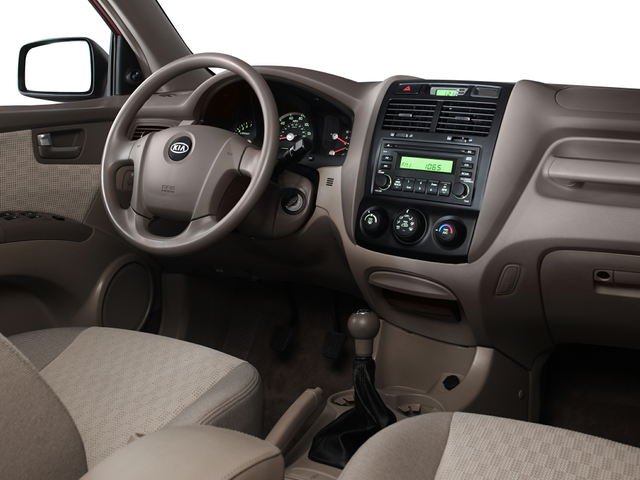 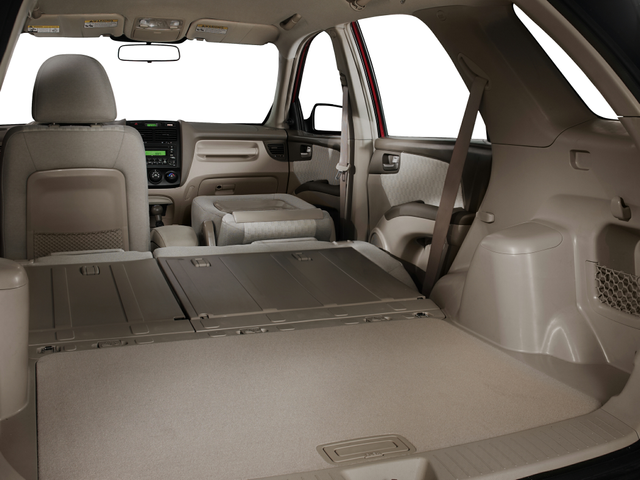