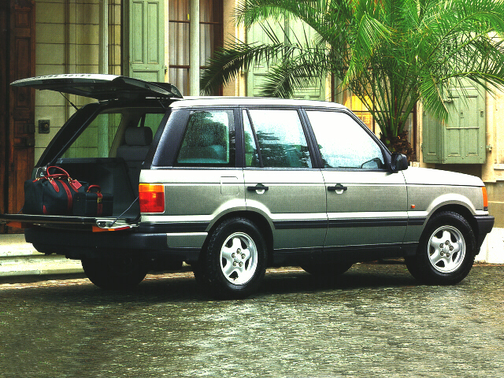 America’s bosom-buddying up to sport-utility vehicles is growing with the determination of a Jeep scaling Old Baldy.

Call them what you will–sport-utes, sub-utes, SUVs, suvees or RAVs–they account for 10% of all new vehicle sales, and the market is not just stretching up but bulging at both ends.

For years, the field had an aristocracy of one with the $53,000 Range Rover its crowned head. Closest pretenders were the $37,000 Toyota Land Cruiser and a $31,000 edition of the Jeep Grand Cherokee with courtiers waddling north and south of $20,000.

But now Mercedes and BMW are preparing to build luxury condos on wheels. Lexus has a sport-ute based on parent Toyota’s Land Cruiser in the works, while Infiniti is working a wood-and-leather-lined expansion of the Nissan Pathfinder.

Prestigious Jaguar is debating the issue. Cadillac might throw its silk Stetson into the ring. Mercury is proposing an upscale something called the Mountaineer. Next month, Acura will introduce its SLX based on Isuzu’s Trooper and aimed at big guys costing $30,000 or more.

Meanwhile, down-market a few blocks, manufacturers are poised to supply the more youthful and less affluent with a fuller inventory of barer, smaller sport utilities. Or sub-utes.

Toyota’s new RAV4 (Recreational Active Vehicle) arrives soon to follow the small footprints of the Geo Tracker and Suzuki Sidekick. Suzuki’s X-90 already has California chuckling because it sounds like something Spaceman Spiff flew against the Zods. Spies say Chrysler is working on something inexpensive, pint-size and grafted from the Neon.

Sure, a Land Cruiser has the capability of driving the Cucamonga Wilderness in search of the white bull rhino before it migrates north to Barstow. Yet 96% of sport-utility owners never take their vehicles off-road.

So four-wheel drive plus 80 cubic feet of cargo space has zero suburban purpose unless the mall is under construction or you plan on ordering 1,782 artichoke and anchovy specials to go from California Pizza Kitchen.

Suvees, however, do have a certain swagger when shouldering through traffic. Parents feel safer with their young shielded inside a Chubb safe masquerading as a Chevy Blazer. And one certainly does become a little imperial perchedso high above the hoi polloi.

This month, four new or improved sport-utility vehicles enter the fashionable mainstream that is expanding so fiercely, its next dynamic may well involve shaking down, sorting out and survival of the fittest.

Its four-wheel drive is more suited to beach than deep boonies, with the intended role of plaything rather than hauler of drywall and band instruments. Image is everything to the X-90, from its purely decorative rear spoiler through Las Vegas lounge upholstery to the styling of a Air Nike balloon floating above Sneaker City.

The vehicle comes with air bags and anti-lock brakes, power windows, alarm, cruise control and alloy wheels, which isn’t shabby for a vehicle in this price range. It stomps new ground for innovation and cuteness, and removing the T-top is a one-lever, 27-second snap.

A 1.6-liter, four-cylinderengine delivers 95 horsepower, which means slow passage up the Grapevine. But the X-90 is peppy on flatlands, handles well for its short wheelbase and rudimentary suspension, and is more fun than a barrel of Jeep Wranglers.

It has taken six years, but Ford Explorer has finally been given a V-8 transplant. From 160 horsepower and lagging all seniors in its class, the Explorer moves to 210 horsepower and performance on the bumpers of Jeep Grand Cherokee and Chevy Blazer.

To make the V-8 fit its bay, also to compensate for the added weight of the new engine, Ford was forced to redesign the Explorer’s front suspension. While underneath, engineers changed the rear axle for larger, more constant rear tire contact. In addition to a sport utility that goes faster, the V-8 Explorer has the bonus of crisper handling and tons less body roll, on- and off-road.

Here’s the whoops: Developing the V-8 took less time than designing a four-wheel-drive transfer case. So until next year, the Explorer V-8 is available only in rear-wheel drive.

When you’re already the best and most expensive–and buyers haven’t picketed dealers for being asked to pay $53,000 for a workhorse in Connolly leather and burled walnut tack–the only thing left is to be better and costlier.

Hence the Range Rover 4.6 HSE, a limited, sportier edition of the 4.0 SE, with a few more toys and a heftier engine.

Muscles are improved from 190 to 225 horsepower. Ghastly wanders have been removed from the steering process. A firmer suspension–plus 18-inch alloy wheels shod with low-profile Pirelli tires–vastly improves freeway manners without diluting the off-road rock and roll.

Yet it’s clearly engineered more for boulevard commandos than jungle explorers. Acceleration is quicker,but one hardly needs an 11-speaker CD system, sport shifting, speed-limit beepers, dual automatic climate controls, and the most sophisticated alarm and disabling system this side of Ft. Knox when crossing the Kalahari.

Korean vehicles, like Hungarian wines and dog-pound mutts, must work twice as hard to be accepted.

All the Kia Sportage needs is a quick glance and a few miles of your time to be considered an ideal starter set for those ready to switch from Saturns and Civics to a compact sport utility.

Two engines are available, but we recommend the new 2.0-liter, double-camshaft, Mazda-refined engine developing 130 horsepower. It needs prodding to stay ahead of freeway masses, but it’s ideal for a fun vehicle geared more to in- close family camping trips than scampering the Sierras.

Don’t expect Range Rover luxuries for a base of $16,200–the headliner is foam instead of fabric–but that tab does include 4WD, power windows, cruise control, central locking and alloy wheels. Automatic transmission, limited-slip differential and external spare tire carrier are among options. Sadly, until next year, air bags are not.

The Sportage is buzzy when pressured, and its five-speed manual is like stirring a wooden spoon in pudding. It doesn’t pay to get really physical with the handling, particularly at speed. But it’s thrifty, well-assembled, good-looking and far roomier inside than it looks from the outside.

Not the best mileage of course but comfy and goes where I need it to go. Sweet interior with lots of extras that all are very functional. Never owned a Land Rover of any type but glad I did. So many features and extras make it a great buy. A problem with the air bags like others speak of and does not have the lift anymore but I do not need it for most of my driving needs. Seems to be like a cat and will climb almost anything with plenty of zip. Someday maybe I will buy a new one but for now this one is almost new looking despite the miles - over 100k. Great paint job and interior leather is still very supple. Love it and hope to keep driving it for awhile.

This car is awesome!

Range Rovers where the original African bush vehicles and for good reason. They are virtually unstoppable. There is not a tougher truck on the market.

I have owned many land rovers. They are very dependable and are capable of doing more things than I am comfortable doing."seeing nothing but sky from the windshield" The best description I can give is you can go fast but I can go anywhere. litteraly 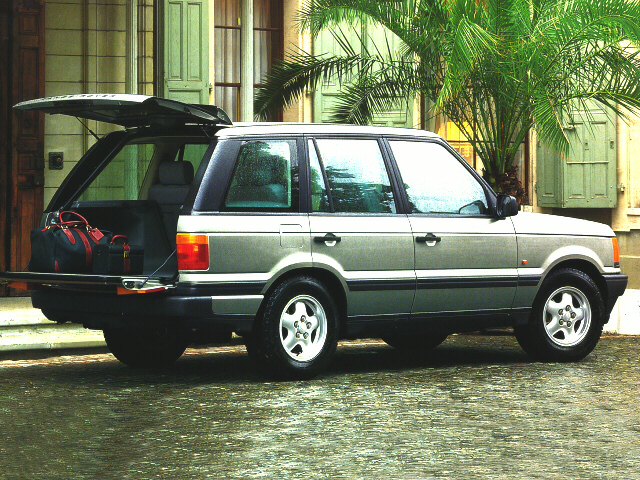 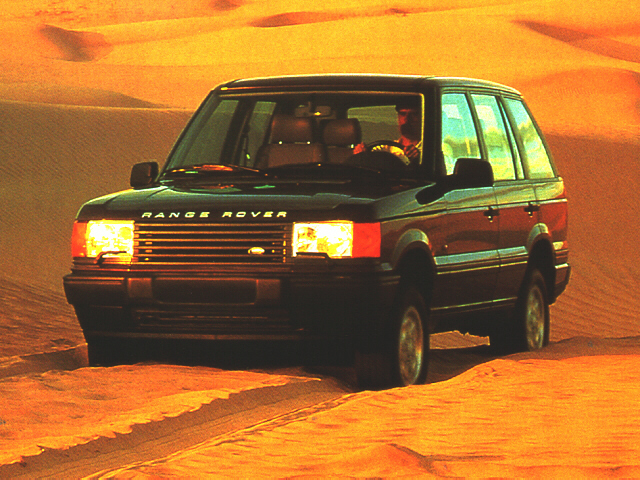 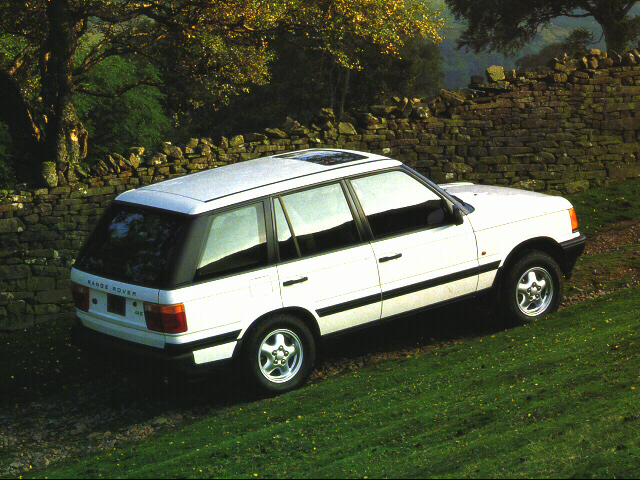 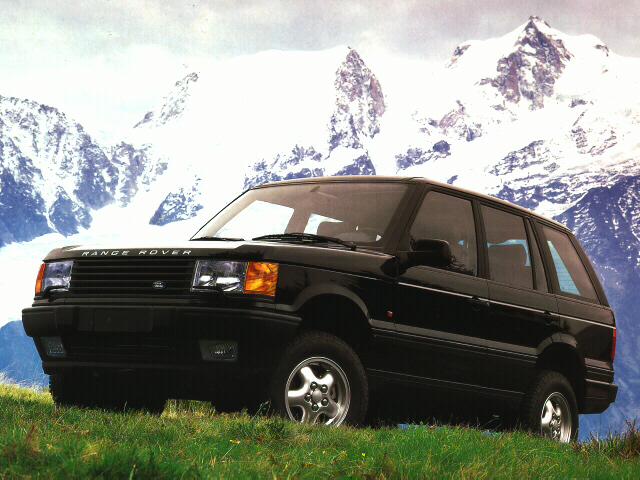 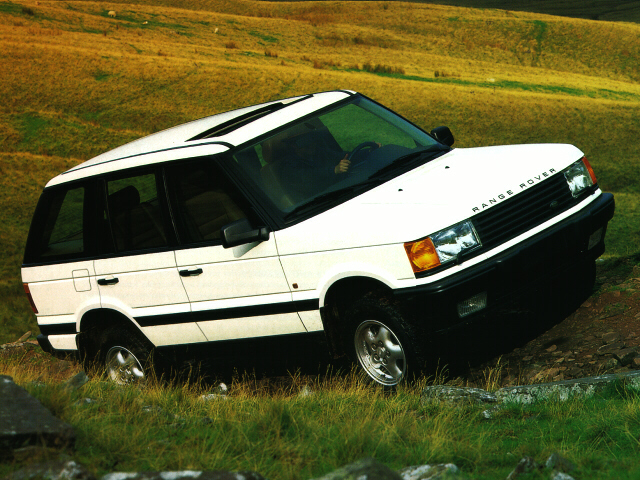 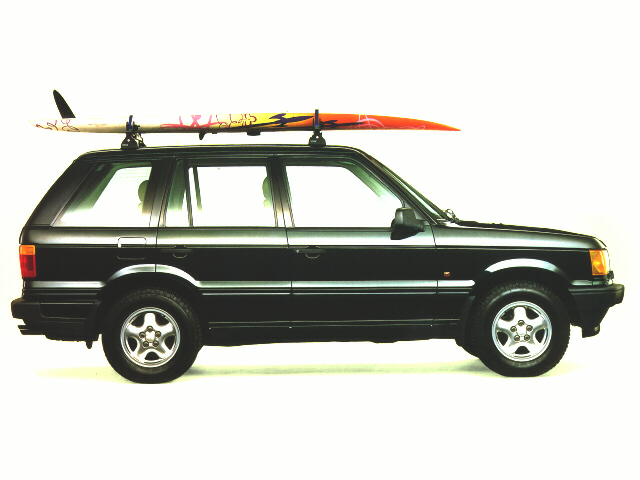 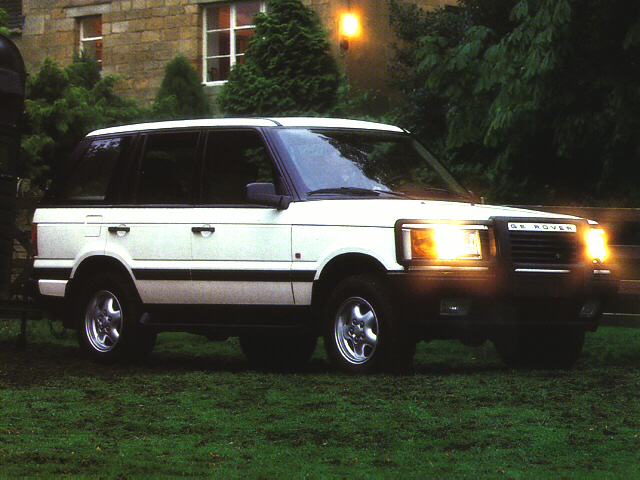 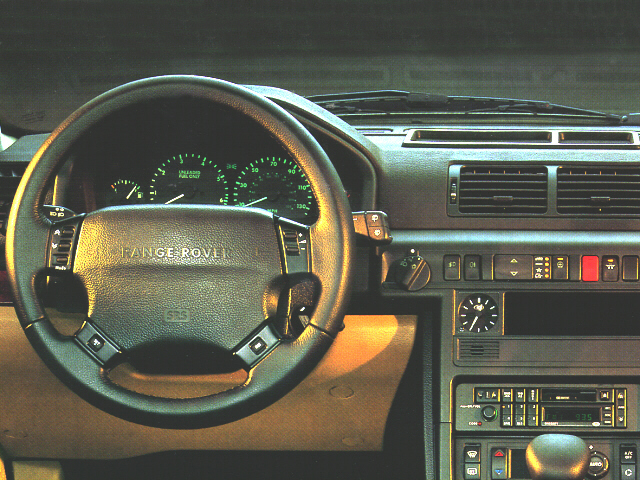 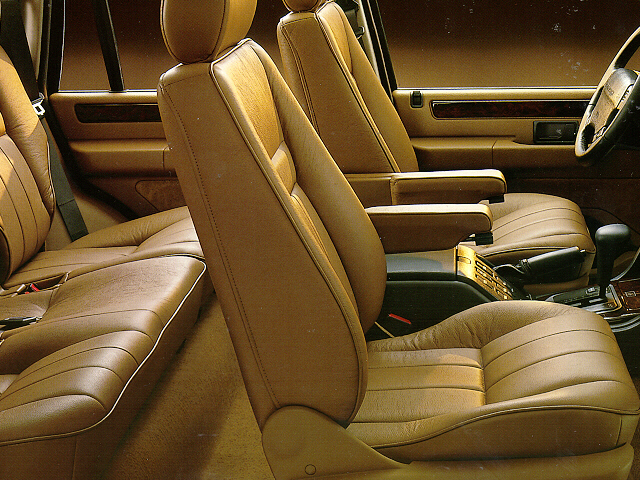