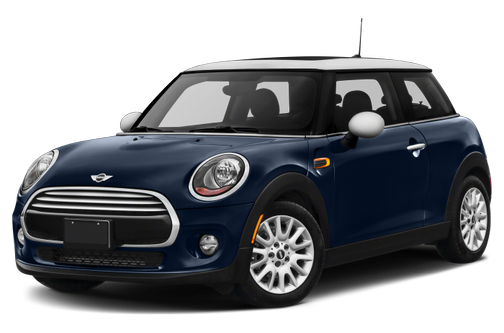 Our 2016 MINI Hardtop trim comparison will help you decide.

The verdict: The four-door 2016 Mini Hardtop retains much of the two-door’s nimbleness and fun-to-drive personality, but even with extra doors and length, it’s not big on carrying passengers or cargo.

Versus the competition: About the size of traditional subcompact hatchbacks but priced like larger compacts, the four-door Hardtop places a greater emphasis on style, unique controls and driving fun than either type usually does.

The modern-era Mini Cooper debuted in the U.S. more than a decade ago on the belief that smaller was better. In certain ways — like when it came to maneuverability, handling and city parking — Mini was right. Since then, Mini’s range of cars has grown considerably and the names have evolved; the latest version of what was the Cooper is now called the Hardtop, which uses the Cooper moniker for trim levels. This review covers the 2016 Hardtop Cooper S four-door, which we’ll refer to as the Hardtop S for clarity’s sake.

Being small, however, compromised things like passenger comfort and cargo room. Mini has set about addressing this with the four-door version of the Hardtop, which rides on a stretched platform and has two extra side doors for easier access to the rear seats. Passengers back there also have 1.5 inches more legroom than they would in the two-door, and the cargo area behind them is 4.4 cubic feet larger, for a total of 13.1 cubic feet. Mini also sells a Clubman hatchback, which has four doors and is bigger and more expensive. (Compare the two- and four-door Hardtop and the Clubman here.)

We tested a four-door Hardtop S, which is powered by a more powerful turbocharged engine. It starts at $25,950, including an $850 destination charge.

Exterior & Styling
The four-door model’s wheelbase is nearly 3 inches longer than the regular Hardtop’s, and its overall length is about 6 inches greater. Even in this stretched form, the four-door model still has the iconic style of its two-door sibling. There’s no mistaking it for anything but a Mini, though there is a tiny-bread-van look to it.

Visual cues that distinguish the Hardtop S from the base model include a hood scoop, ductwork in the front bumper to help keep the brakes cool, center-mounted exhaust tips, and standard 16-inch alloy wheels instead of 15-inch rims.

How It Drives
The sporty, tight-handling performance that’s defined the modern Mini is still going strong in this third-generation car, but the overall driving experience is more refined than in previous versions of the Hardtop. The extra length and weight of the four-door model don’t diminish driving fun, but you have to make do with less feedback than earlier Hardtops offered.

The Hardtop S’ turbocharged four-cylinder engine is a big reason for the car’s entertaining personality. It’s smooth-revving and pulls the four-door up to highway speeds quickly and effortlessly.

The turbo four-cylinder also feels well-matched to the optional six-speed automatic transmission (a six-speed manual is standard). The automatic makes quick, unobtrusive shifts and kicks down quickly at highway speeds if you need to pass. This drivetrain gets an EPA-estimated 26/33/29 mpg city/highway/combined.

The Hardtop S has a sport suspension that performs the same regardless of driving mode (an adaptive suspension is a $500 option).This is a firm-riding car with the sport suspension but, like the rest of the Hardtop, there’s now more refinement; bumps are dealt with quickly and without any harsh impacts reaching the cabin.

Some small cars get skittish at higher speeds, but the four-door Hardtop isn’t one of them. At 70 mph on the highway the car feels planted and secure, which is very much appreciated when nearly everything else on the road is bigger than you — even with the two extra doors.

Though I like the overall heft of the steering wheel, the Hardtop’s electric power-steering system doesn’t provide much feedback. It’s disappointing in a car that’s otherwise tuned to engage the driver.

Interior
Mini is one of the few brands outside the luxury segment that emphasizes unique controls in its interiors. There are real toggle switches on the dashboard and overhead console that would be regular buttons in other cars. The cabin’s defining design feature, though, is the large circular element in the middle of the dash. It’s ringed in lights that illuminate in concert with climate control, audio system and engine rpm changes. It also circles the optional navigation system, which has a beautiful 8.8-inch screen operated by BMW’s iDrive controller. (Mini is a subsidiary of BMW.)

Not all the Hardtop’s unique design cues are charming. The speedometer is part of a gauge cluster that’s attached to the steering column, and it was mostly blocked from my view by the steering wheel. (There’s also a digital speedometer in the trip computer that’s easier to see.) Also, the parking brake bumps into the center armrest when you pull it up.

Also, while I had enough front-seat space to sit where I wanted (I’m 6-foot-1), the slot-like windshield limits visibility: Overhead stoplights are sometimes blocked from view; you have to crane your neck to see the light. A small rear window limits rearward visibility, too, though rear parking sensors and a backup camera are optional.

Backseat legroom is up 1.5 inches compared with the two-door Hardtop, but the rear seat is still not ideal for adult passengers. The rear doors are small, making it hard to get in and out, and the backrest is positioned at an upright angle that’s not very comfortable. Legroom remains limited; my knees were pressed against the back of the driver’s seat. Headroom, however, is good.

Ergonomics & Electronics
The iDrive-based multimedia system is fairly intuitive; it shouldn’t be long before you’re using the console controller to quickly navigate through the system’s various menus.

The location of the controller, however, isn’t great; even at the center armrest’s lowest setting it’s not a comfortable place to rest your arm while using the iDrive controller.

The optional 8.8-inch dashboard display’s widescreen orientation makes it shorter than some competitors’ screens, which are squarer, but its beautiful, crisp graphics impress. The system offers a split-screen mode, so you can see radio information and the navigation map at the same time, for instance.

It was easy to pair my iPhone to the multimedia system using Bluetooth and also to use the iDrive controller to browse songs stored on my phone. Album artwork also appears on the dashboard screen.

Cargo & Storage
The split, folding backseat isn’t level with the cargo floor when lowered — there’s a small ledge — but the four-door Hardtop’s available adjustable cargo floor lets you hide that ledge. Its lowest setting lets you maximize the space above it, but putting it at a higher level provides hidden underfloor storage and creates a flat, extended load floor.

Cabin storage space is slim. The door pockets, center console bin and armrest storage are tiny. The glove box is small, too.

Value in Its Class
Mini isn’t a luxury brand, but you can expect to pay a premium for its cars. Compact hatchbacks like the Mazda3, Ford Focus and Volkswagen Golf are all less expensive than the four-door Hardtop, and are also a little bit bigger for more passenger and cargo room. Similarly sized subcompact hatchbacks like the Fiesta, Sonic and Toyota Yaris are significantly less expensive.

If you’ve always liked the two-door Hardtop but thought it was a little too small, the new four-door version brings a little more practicality without sacrificing driving fun.

Great car. Comfortable and a blast to drive

After 23 years of driving minivans and SUVs, I was ready for a change. I love my 2016 Mini Cooper S 4 door. with the 6 speed manual transmission. Car is great to drive, gets okay mileage (25+mpg) and is surprisingly practical.

February 7, 2021
By CCfromCO from Fort Collins, CO
Owns this car

I got a wonderful car from Imported Motor Cars in Maine. It’s a beautiful car, incredibly fun to drive, and surprisingly fits tall folks well (my husband is 6’5”). The 2016 model is high in reliability according to CR, and I haven’t found it to be different. It has great gas mileage and is pretty good in snow.

October 29, 2020
By Joeprop from Baltimore MD
Owns this car

Purchased used in January 2020. Vehicle had low miles for a 2016 and was in nearly new condition. Was a certified pre-owned and have had absolutely no issues.

All model years for the MINI Hardtop 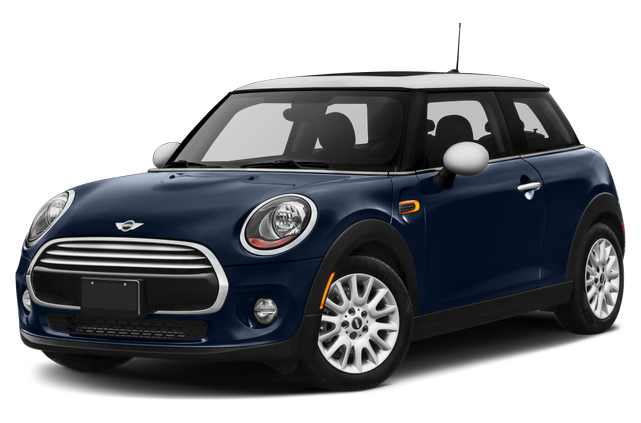 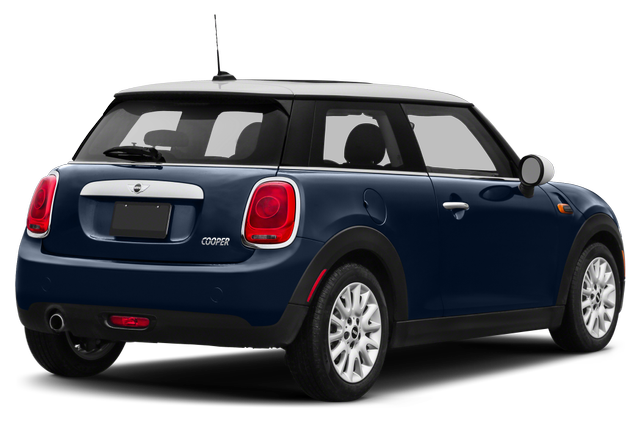 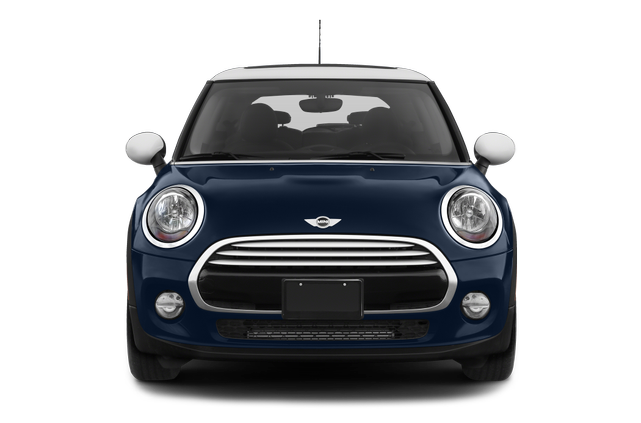 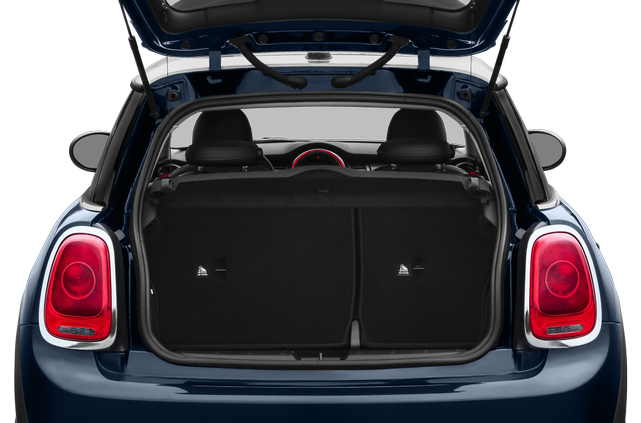 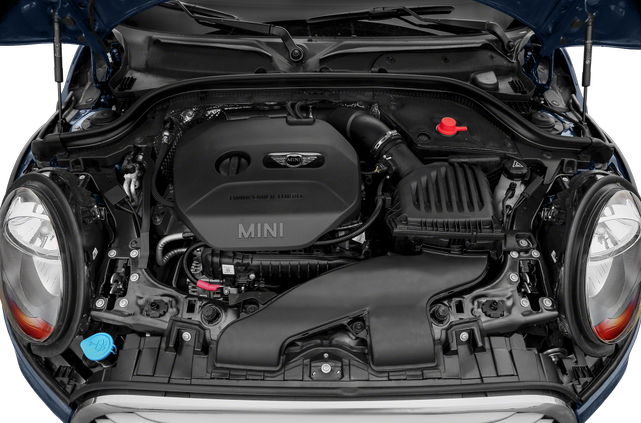 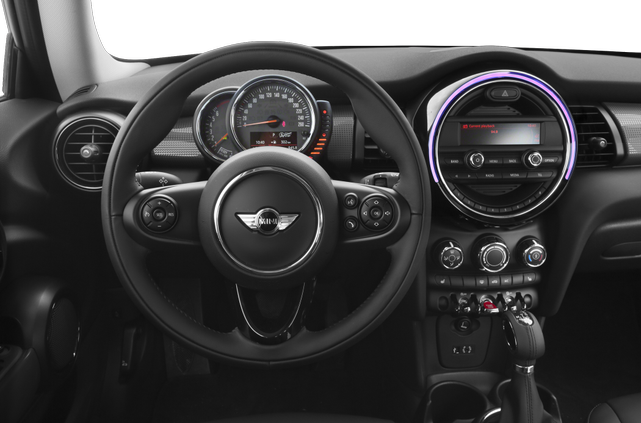 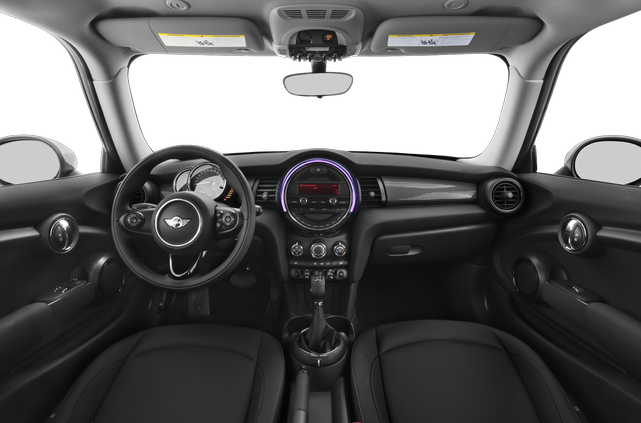 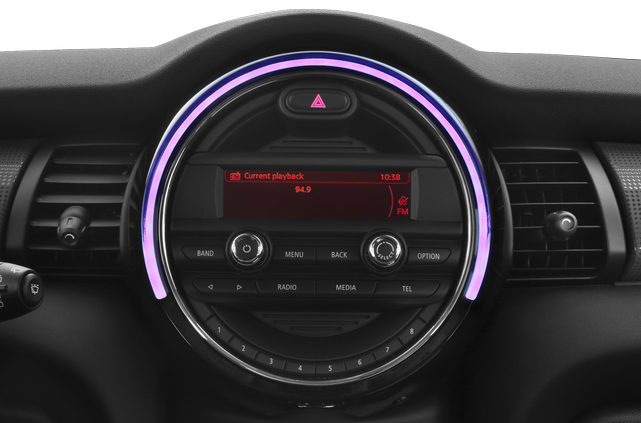 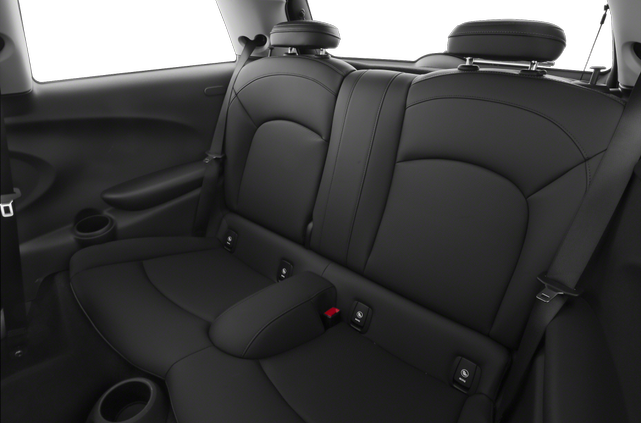 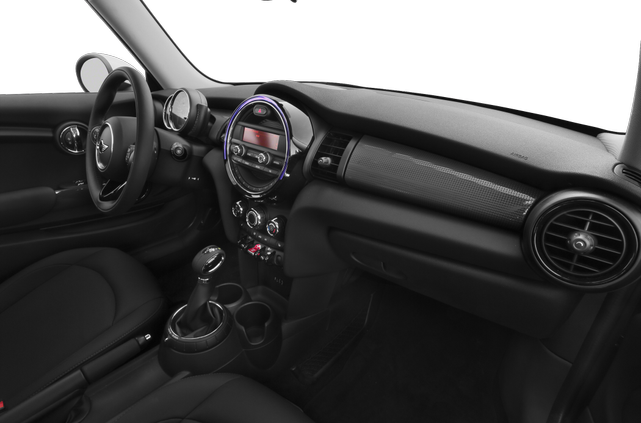 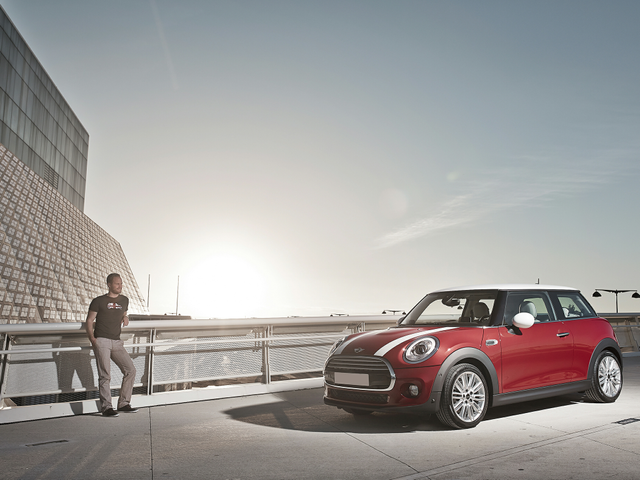 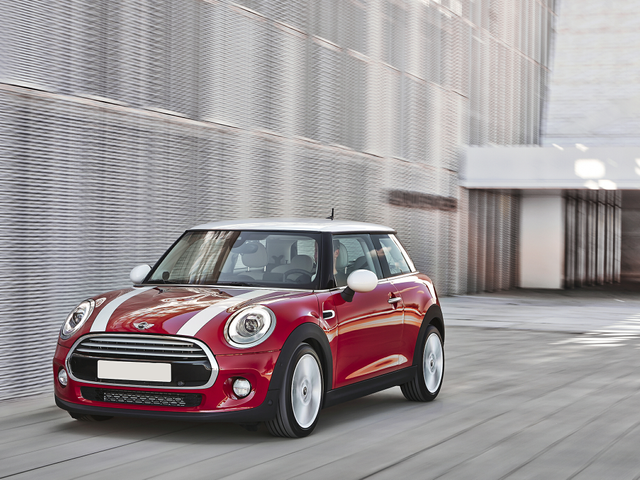 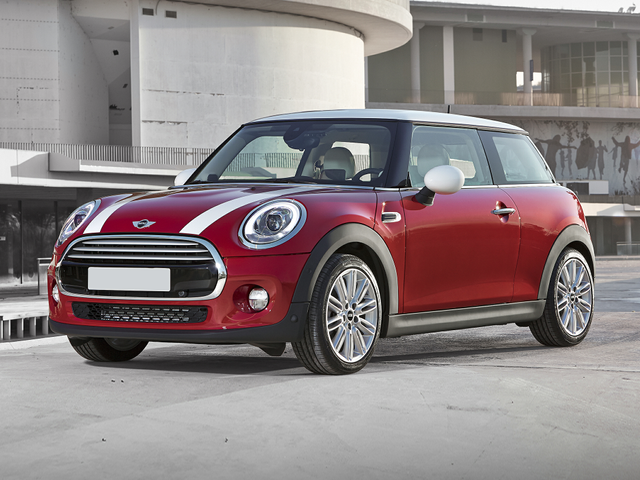 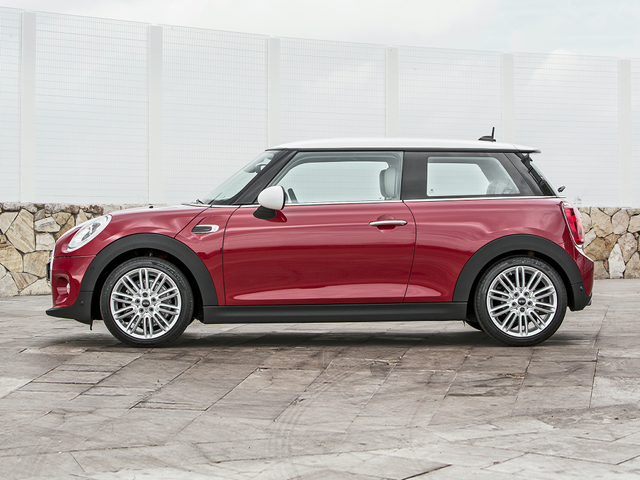 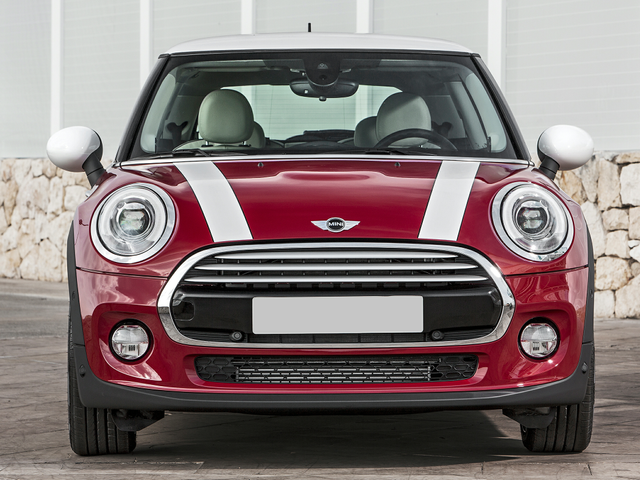 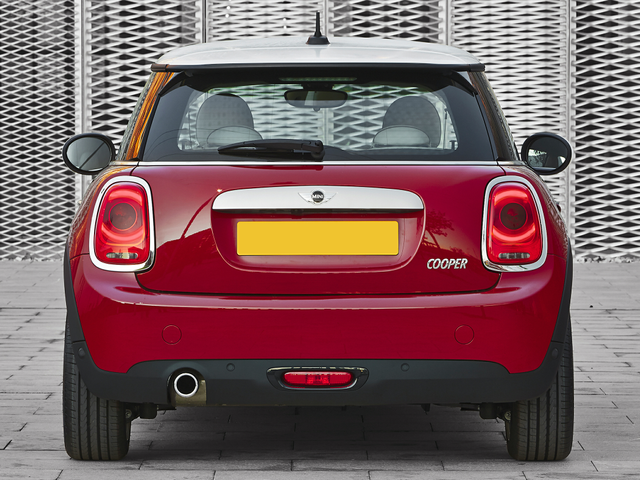 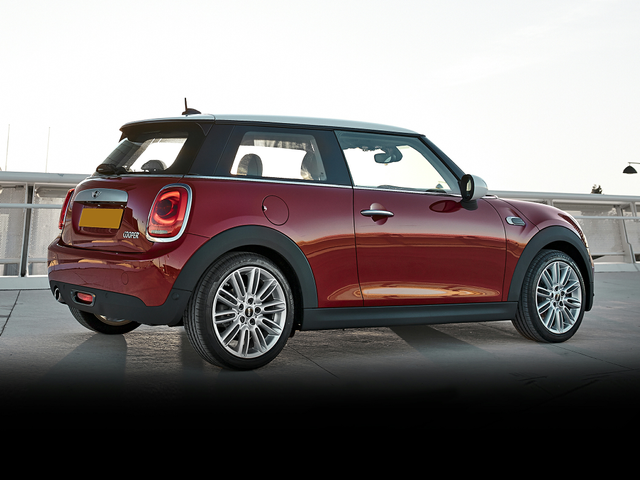 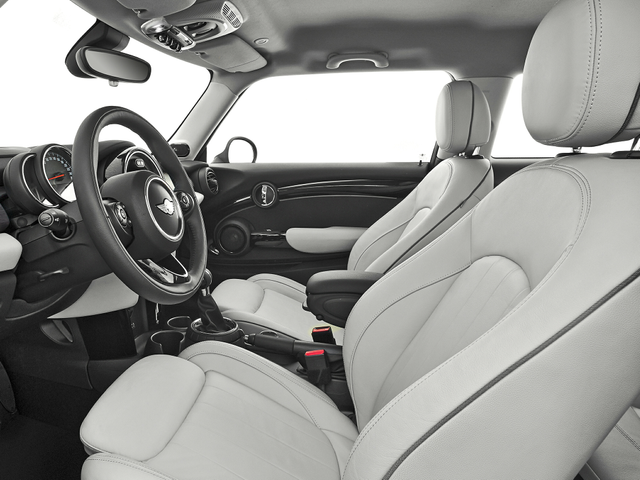