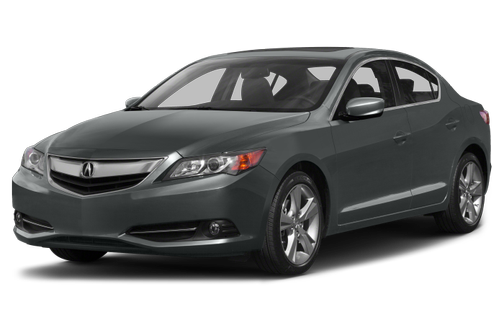 Our 2013 Acura ILX trim comparison will help you decide.

With its new 2013 ILX sedan, Acura creates a new point of entry for the brand. The ILX is slightly smaller than the TSX sedan, which costs $30,905 (including a destination charge of $895). The ILX starts at $26,795; as of this writing, complete pricing information is available only here.

The ILX’s three versions are the 2.0L, the performance-oriented 2.4L and Acura’s first gas-electric model, the 1.5L Hybrid. I drove all three.

The 2013 Acura ILX is sure to appeal to some efficiency-seeking entry-luxury shoppers, but the demand for any car in this expanding category remains to be seen.

Civic Roots
The ILX shares its foundation with the Honda Civic, making it the first model to do so since the sporty RSX coupe, which left the market in 2007. Automakers get cagey when you start talking about shared platforms, especially between brands of disparate cost and reputation, but Acura openly acknowledges the relationship and points out many mechanical differences between the two.

For one, the ILX is lower and about 1.5 inches wider than the Civic, and its torsional rigidity (the body’s resistance to twisting) is greater, by 18 percent in front and 11 percent in rear. The ILX uses different shock absorbers, called amplitude reactive dampers, typically found in European luxury cars. The two-piston systems are said to provide a soft ride without sacrificing sharper bump absorption or cornering performance.

The ILX also has a faster steering ratio and upgraded hardware, such as a larger-diameter steering shaft, for improved feel. There’s more noise abatement as well: thicker window glass, more insulation and active noise cancellation in models with 17-inch wheels, among other measures.

How does this all translate to the driving experience?

ILX 2.0L
The expected best-selling version is the ILX 2.0L, where the number represents a 2.0-liter four-cylinder, which teams only with a five-speed automatic transmission. All versions of the ILX are front-wheel drive. In place of the Civic’s 1.8-liter, this 150-horsepower engine didn’t feel demonstrably quicker than the Civic to me, perhaps because of the increased weight — about 145 pounds more than the automatic-equipped Civic EX. But it’s quick enough. The five-speed automatic is well-behaved, providing smooth shifts and quicker kickdown when it’s time to pass. Of the three ILX versions, the ILX 2.0L strikes a good balance of power and mileage, which is what Acura intended. It’s EPA-rated 24/35 mpg city/highway and 28 mpg combined. Sadly, premium gas is recommended.

The ride quality is pretty good, exhibiting the road-surface awareness we expect from Acura — without undue punishment on one extreme or wallow on the other.

The ILX’s handling is competent, with good front/rear balance for a front-drive car, but there’s noticeable body roll, and the car simply doesn’t beg you to drive it hard. Despite the special provisions versus the Civic, the steering feedback is lacking.

ILX 2.4L
The 2.4L is most like the Civic Si in that it has a 201-hp, 2.4-liter four-cylinder engine and comes only with a six-speed manual transmission. As expected, it’s quick, though the torque peak of 170 pounds-feet doesn’t give the car the urgency some drivers want off the line. The engine and exhaust sound pretty good, but it gets loud and intrusive as the revs climb to where you’ll get the most out of it. The manual is satisfying enough, and the gear ratios are well-matched to the cause. The car is EPA-rated 22/31 mpg and 25 mpg combined.

Torque steer is under control, though it seems to come with a stiffening of the steering wheel, perhaps a countermeasure enacted through the electric power steering.

Where the ILX 2.4L is most like the Civic Si is in the most disappointing way: body roll. This trim level has the same suspension tuning as the other models, and it simply needs more control over body lean. Without the confidence and roadholding that comes with competent body control, the 2.4L’s extra power is mostly wasted.

ILX 1.5 Hybrid
I also drove the ILX Hybrid, whose EPA-estimated mileage is 39/38 mpg — more than respectable, especially in city driving, but significantly lower than the Civic Hybrid, at 44/44 mpg.

Even though the drivetrain hardware is the same as the Civic Hybrid’s and the ILX Hybrid has a rear spoiler and low-rolling-resistance tires, the Acura doesn’t make as many aerodynamic concessions. It also weighs about 100 pounds heavier, and its hybrid system is tuned for greater responsiveness.

On the road, the hybrid doesn’t exhibit too much of the delayed acceleration response we’ve come to tolerate in many hybrids — known as the rubber band or motorboat effect — at least not when accelerating from a stop. There’s more of it if you nail the gas once already in motion, but three drive modes let you trade mileage for responsiveness: The Econ button makes the car reticent to rev the engine, the Sport mode keeps the revs higher all the time, and the normal Drive mode, as you’d expect, is right in between. Not a bad arrangement. If those don’t work for you, you can use the steering-wheel paddles to select among seven fixed ratios for the continuously variable automatic transmission.

The ILX Hybrid isn’t quick, and the brakes have a dreadfully mushy pedal, but if you go into it with proper hybrid expectations — quirky acceleration and braking, not much liveliness or fun — it should satisfy you.

As usual, there’s a cargo tradeoff with the hybrid, in this case a decrease of more than 2 cubic feet of trunk volume, and the backseat won’t fold or split, a feature that’s standard in the other versions.

In the Cabin
The ILX is definitely quieter than a Civic, though not exceptionally quiet, and not as serene as the Buick Verano. Rather than a pitter-patter when traversing pavement cracks and tar patches, the tires emit more of a distant low-frequency drumbeat. Some of our editors complained of more-sustained tire noise on the highway.

Cloth seats with manual adjustments are standard on the 2.0L and Hybrid. Leather seats with eight-way power and heaters in front come in the optional Premium and Technology packages. My test of the ILX 2.0L included an interstate trip, and I found the seat comfortable even after five hours of highway driving. One of our editors thought it wasn’t padded and supportive in the right places. The backseat is admirably roomy for a compact car, and the floor back there is virtually flat, which goes a long way in making the center seat truly usable.

It goes without saying that the ILX’s interior quality is better than the Civic’s widely criticized cabin (which Honda has acknowledged). All of the test cars I drove had at least the Premium option package and thus perforated leather-and-vinyl seats, which are well-executed. The dashboard has low-gloss soft surfaces, and the center control panel has an interesting finish. Less impressive is the silver-gray trim elsewhere and the black plastic at the front of the armrests and around the door handles.

A little more consistency would help, as would some color, especially when the ILX is up against the Verano. Except for the optional ivory-colored seats and select surfaces in our 2.0L test car, this Acura is characteristically black and gray.

Safety
As an all-new model, the Acura ILX hadn’t been crash-tested as of this report.

As required of all new vehicles, the ILX comes standard with front airbags, antilock brakes and an electronic stability system with traction control. Also included are front-seat-mounted side-impact airbags and side curtains for the front and rear seats.

A backup camera that comes in the optional Premium Package displays the image on a 5-inch color screen, mid-dash. The Technology Package adds a larger screen, along with the navigation system.

ILX in the Market
When Acura introduced its 2013 ILX sedan at the 2012 Chicago Auto Show, we had three questions: Why would the company add another small sedan, just under the TSX in size and price? Can it improve enough on the car’s humble Honda roots? Perhaps most important, does demand truly exist for a luxury car of this size and price?

As for the why, it’s probably because the company perceives demand for a more affordable sedan in its lineup, and because the car’s high gas mileage will both appeal to cost-conscious buyers and help meet federal fuel-economy requirements. (The TSX tops out at 26 mpg combined.)

Did Acura produce a better Civic? Of course. But with the Verano, Buick fielded a better Chevrolet Cruze, at a starting price $3,325 lower than the ILX. Though the Verano’s mileage maxes out at 25 mpg combined, we were mightily impressed with its luxury feel and appointments.

As for the greater question, demand for cars of this type in general is yet to be determined.

December 21, 2020
By Elliot from Minneapolis Mn
Test drove this car

I purchased this car 4 years ago used and have had no issues whatsoever aside from tire replacement and a small air/heating issue which required replacement of the original blower - a $200 job. It rides so well and is so reliable with the engine of a tank!

Best Bang for the Buck

Drives strong and handles very well, Lots of power for a 2.0L Excellent gas mileage. Used while commuting to and from work, very reliable. Would be an excellent first car.

Rating breakdown (out of 5):
0 people out of 1 found this review helpful. Did you?
Show full review
2.0

Nice looking car but it had to many repairs ,I never got the help I was promised with the repairs engine ok but body started to brake down with in. Ayear

Rating breakdown (out of 5):
4 people out of 6 found this review helpful. Did you?
Show full review
See all 47 consumer reviews

All model years for the Acura ILX 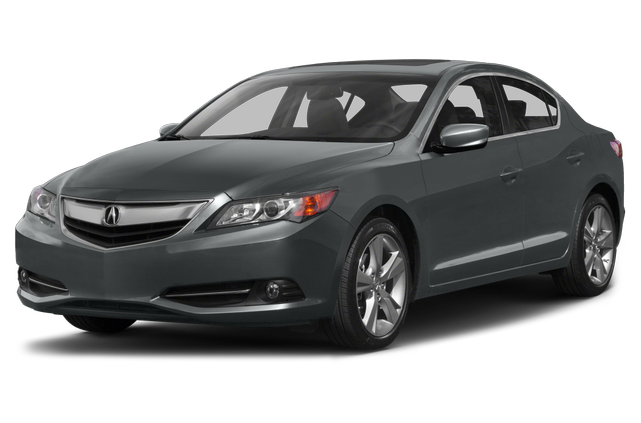 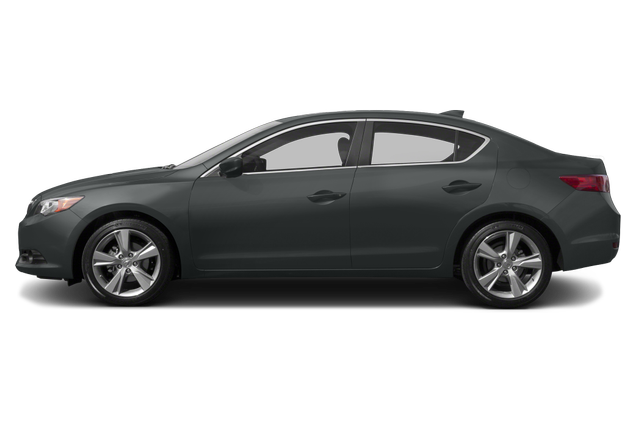 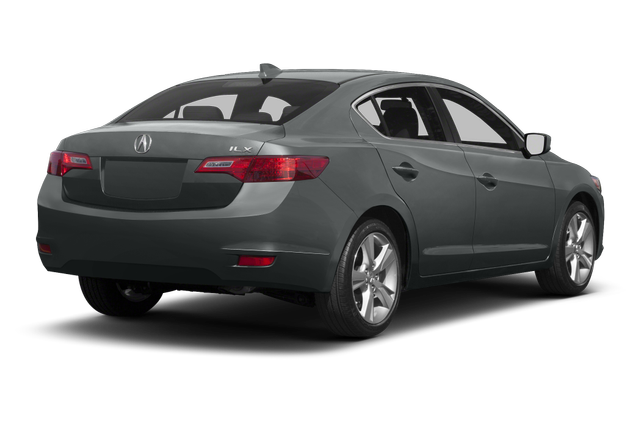 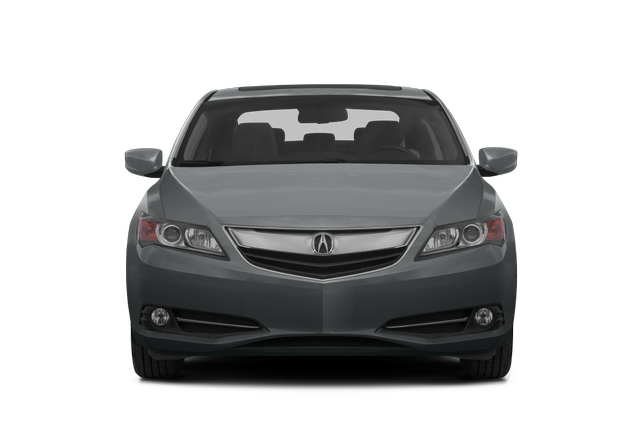 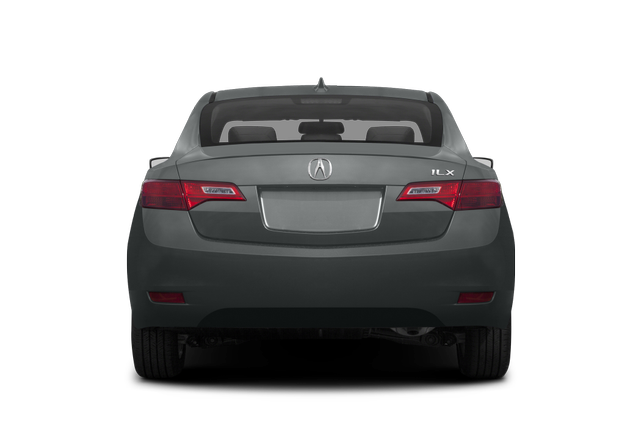 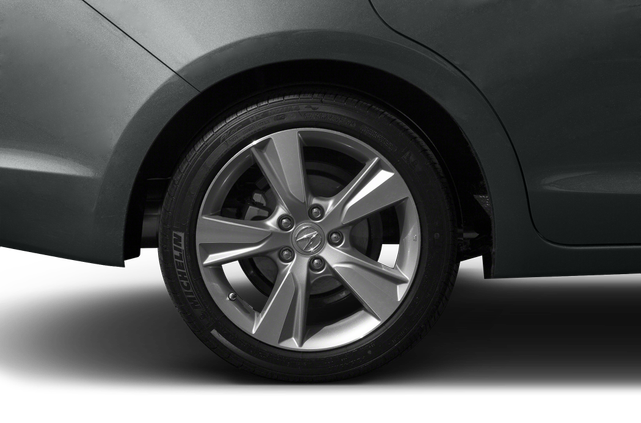 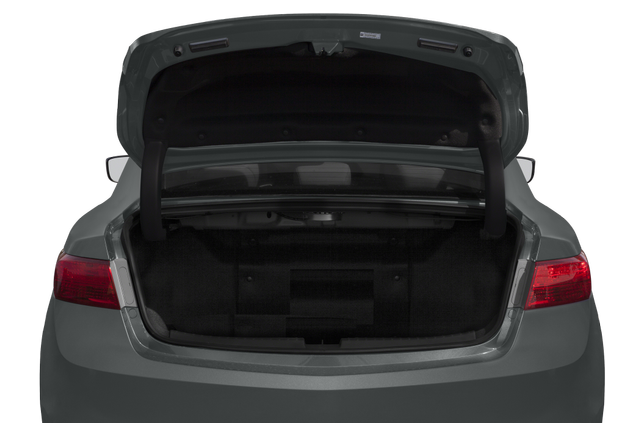 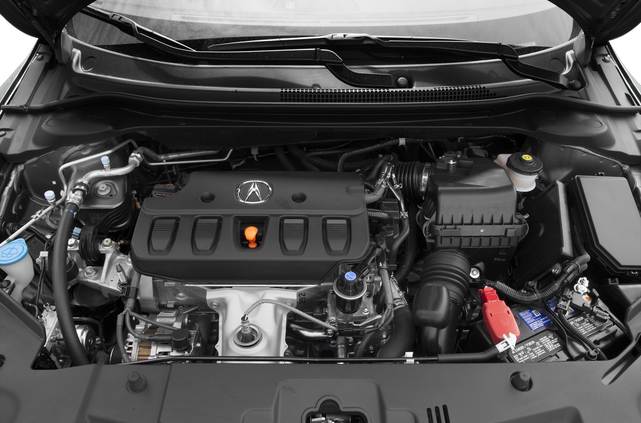 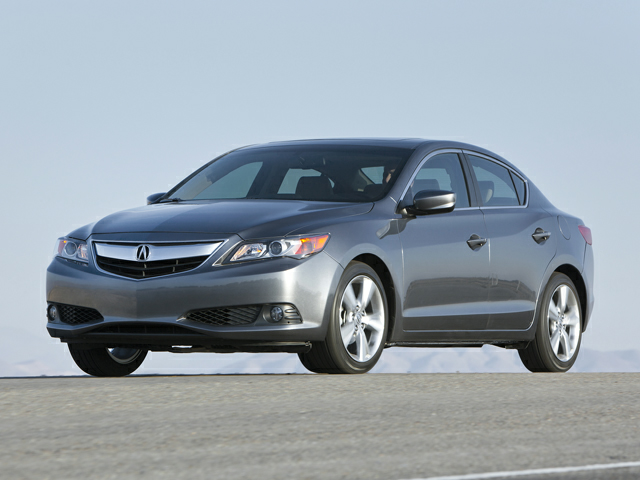 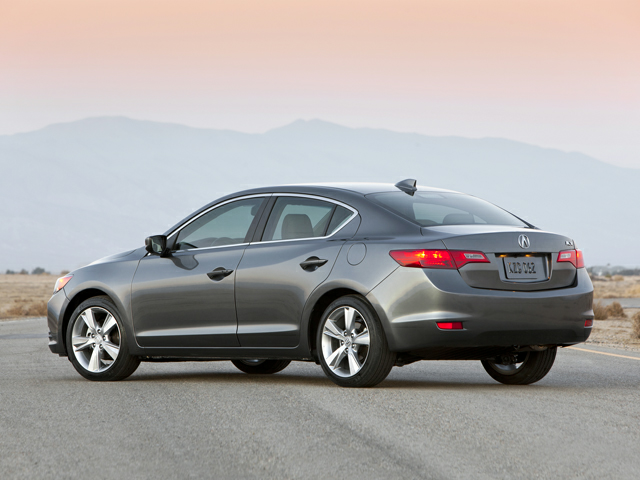 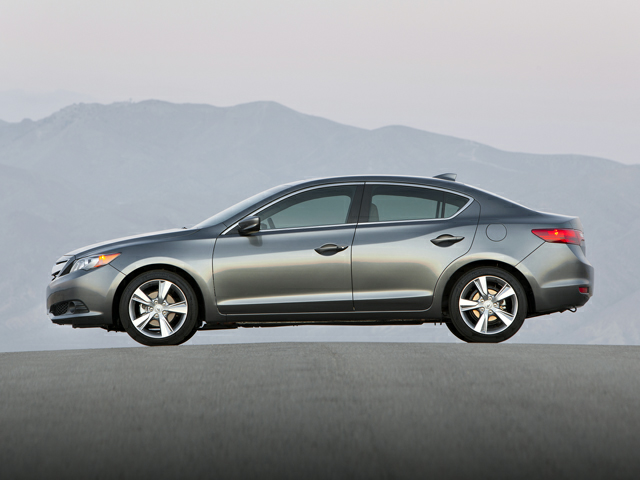 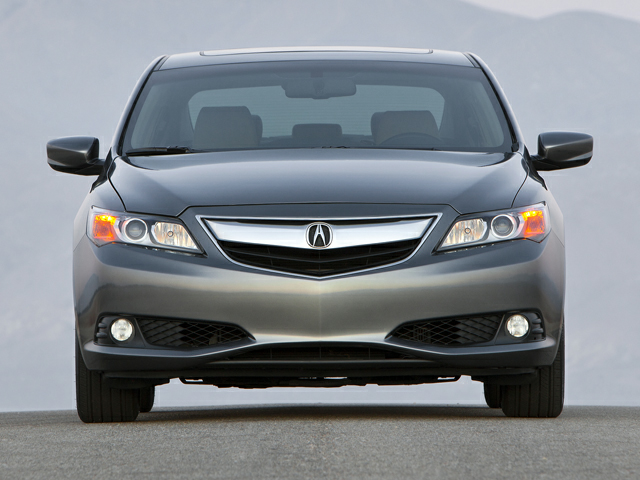 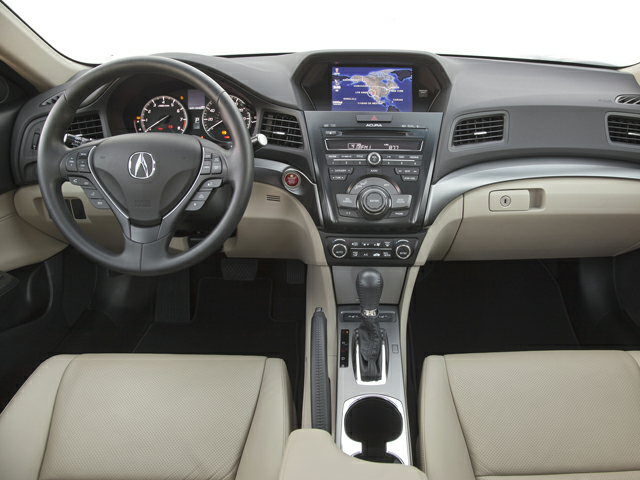 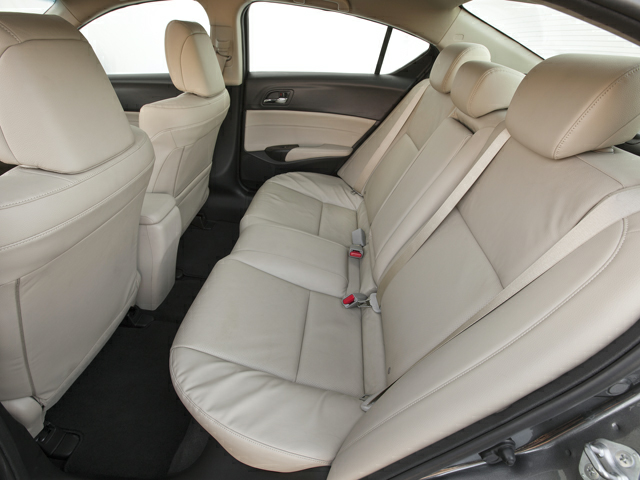 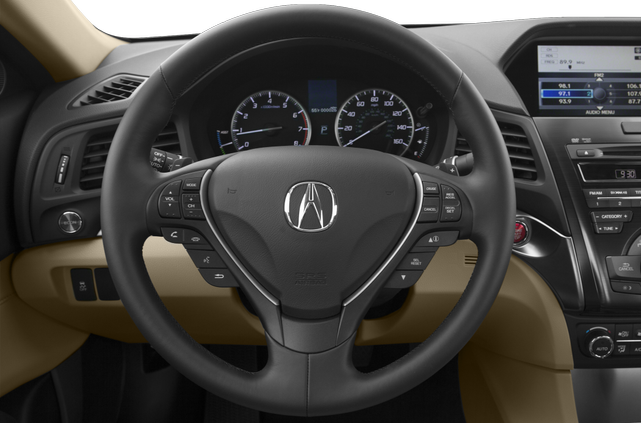 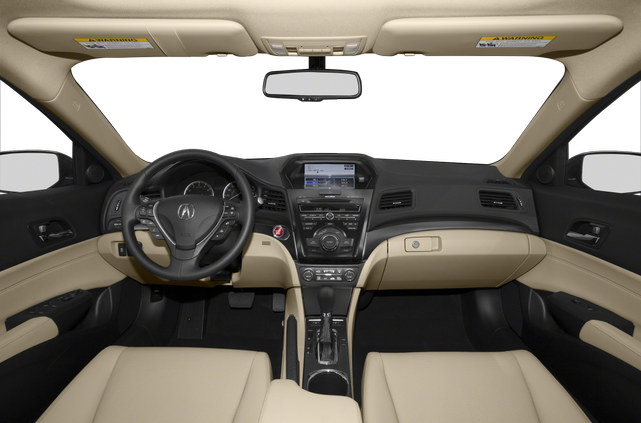 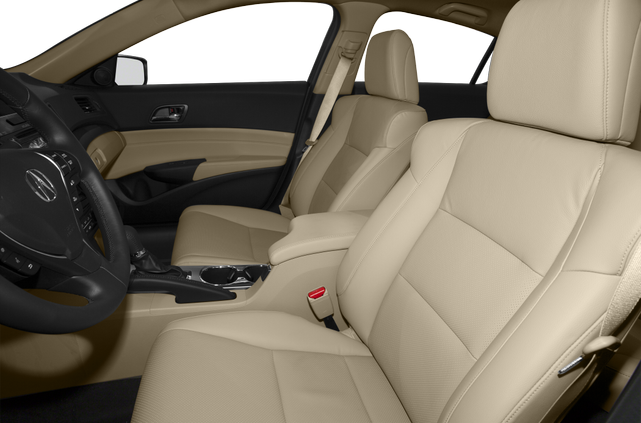 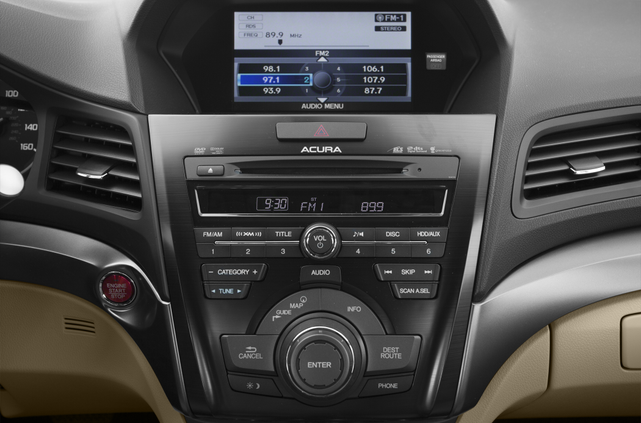 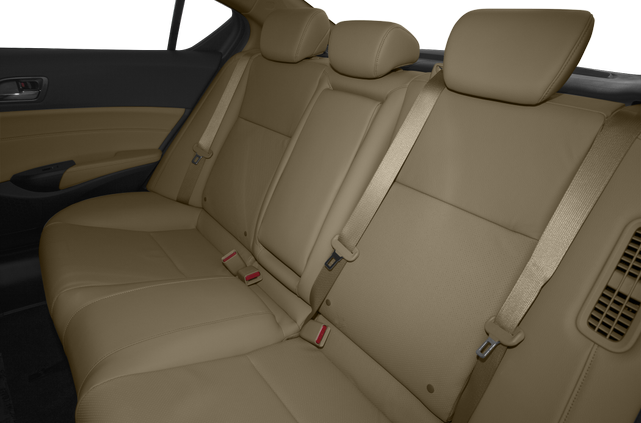 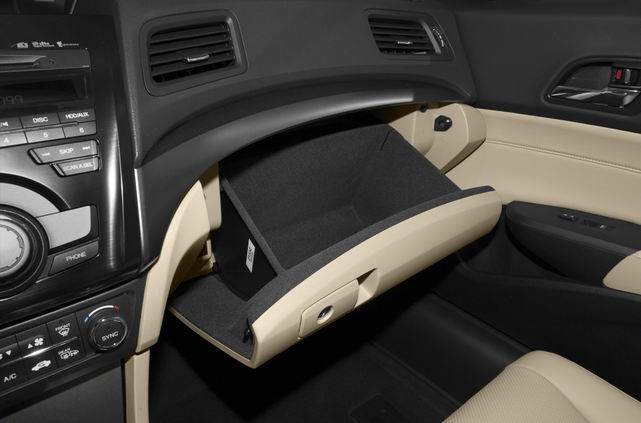 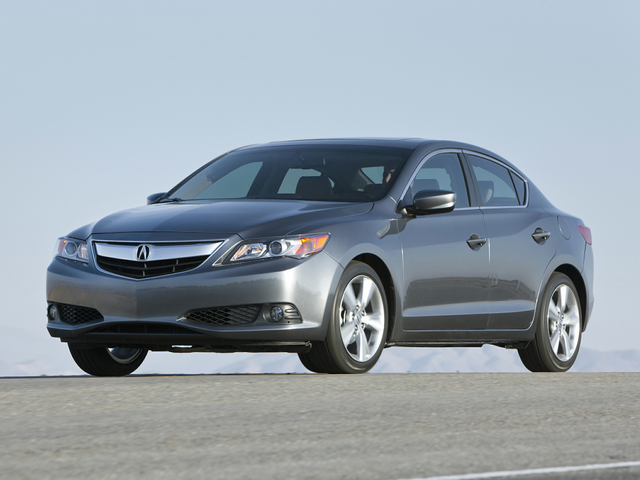 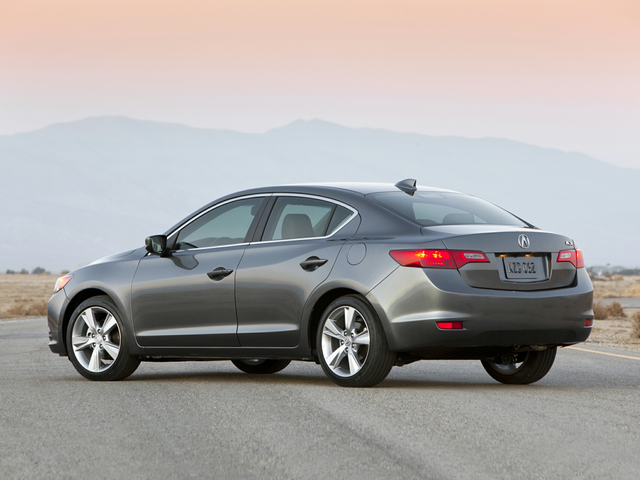 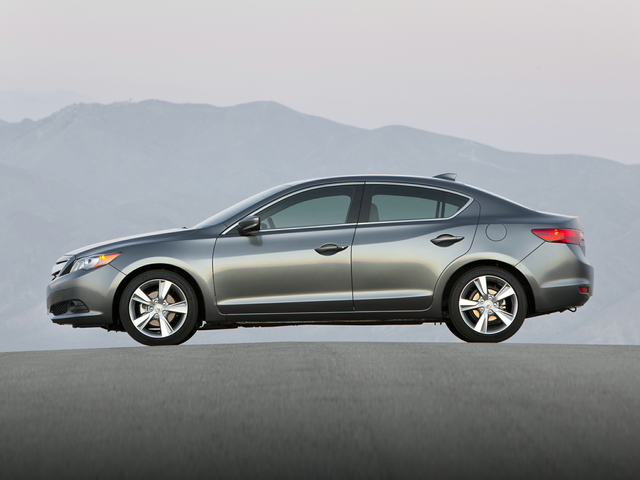 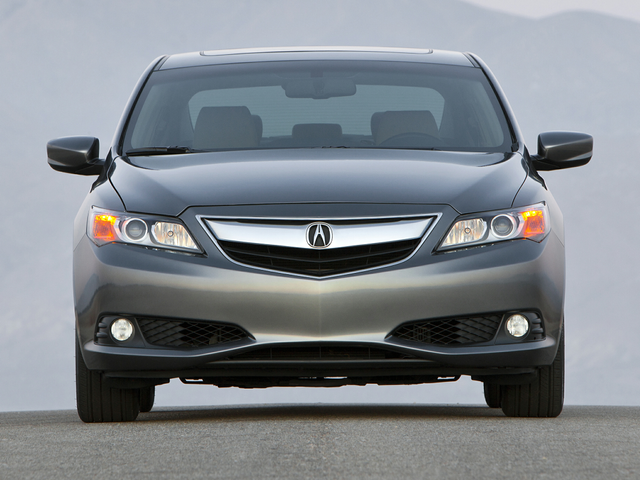 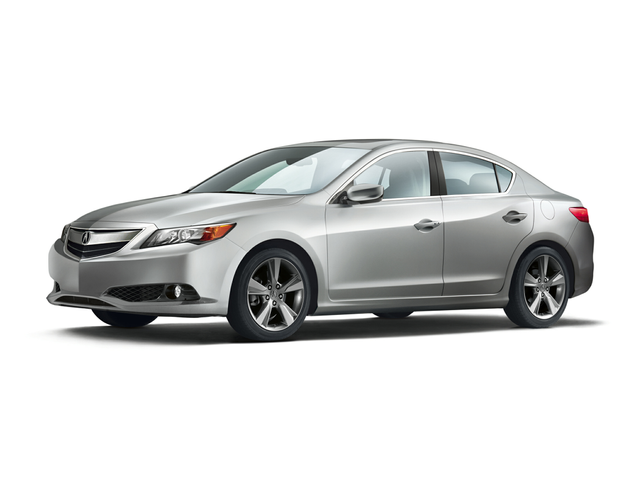 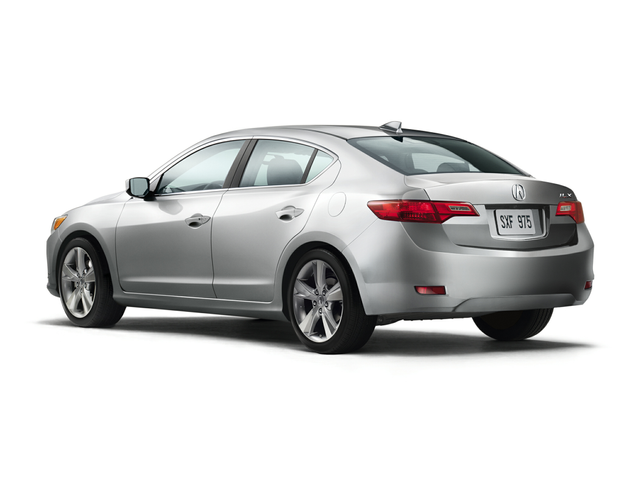 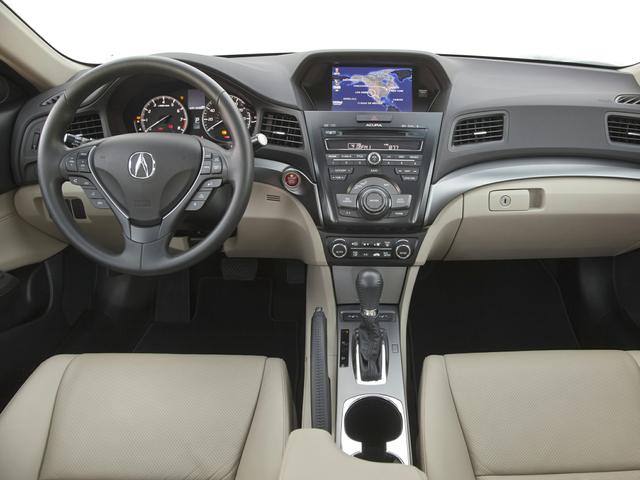 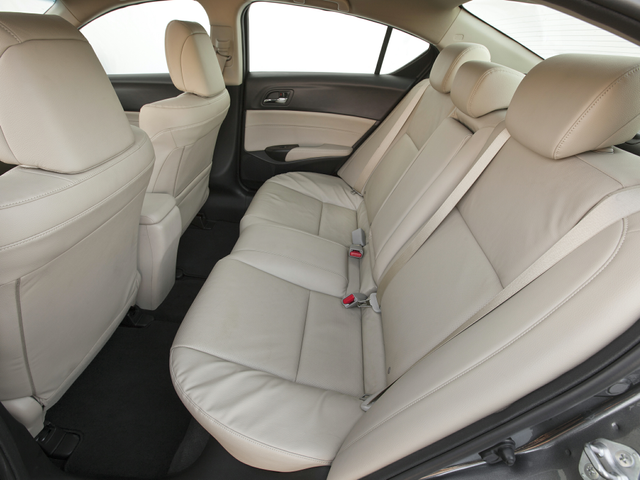