Our 2003 Chevrolet Suburban trim comparison will help you decide.

They celebrate it annually at the Kentucky Derby, the 129th running of which occurred over the weekend.

They honor it daily with the vehicles they drive, which are often the biggest of big trucks — brawny trucks such as the 2003 Chevrolet Suburban 2500 LT Quadrasteer.

Their automotive affection isn’t egocentric. Louisville is one of those American cities where rural and urban tribes enthusiastically dance to country music. There is a willingness to live and let live, as evidenced by the various celebrations surrounding Derby Day.

The aristocrats — real and wishful — arrive at Churchill Downs in their Audi, BMW and Mercedes-Benz cars. But their horses often come in a trailer pulled by a Suburban.

The regular folks drive themselves to the track in Suburbans and other big trucks to watch the horses run. The regulars might not have the comfort of a corporate tent with catered meals, but they do all right in what some locals call the “Hillbilly Outfield,” where the regulars party just as hard as their moneyed neighbors.

Both groups will fiercely defend their beloved Suburbans. I drove the 2500 LT Quadrasteer nearly 800 miles to find out why.

The short answer: It’s one heck of a good truck, especially if you need to haul something large and heavy. The Suburban’s middle and rear seats collapse neatly, creating 131.6 cubic feet of cargo space when the seats are down.

You can put lots of stuff back there, as long as you avoid obstructing rear vision by carrying too many things, or things large enough to render the rearview mirror useless. The payload limit — the maximum amount of onboard weight the tested four-wheel-drive Suburban 2500 LT Quadrasteer can carry — is 2,840 pounds. Exceeding that limit could compromise vehicle stability and cause a rollover accident. Weight and load balance matter.

Fun matters, too, which is why the tested Suburban came with a warehouse full of entertainment gear, including an optional XM Satellite Radio receiver capable of pulling in 100 channels of static-free music and news from coast to coast. A ceiling-mounted DVD screen also is available for the benefit of rear-seat passengers.

But the real fun with the Suburban 2500 LT Quadrasteer is in the driving — and parking, even in congested areas. Quadrasteer allows both the front and rear wheels to turn and steer, an action in concert that feels disconcerting at first. The rear end feels loose, mostly because most automotive rear wheels don’t turn with the front wheels when the vehicle is moving forward, or in mild opposition to the front wheels when the vehicle is backing up.

Getting over that uneasiness requires some practice, perhaps on a parking lot or vacant road. Eventually, anx iety yields to joy in discovery of the Suburban’s ability to easily move around tight corners, or to get into parking spaces that drivers of older Suburbans usually avoid.

Quadrasteer is designed to help on-road driving. It can be turned off when the vehicle is switched to four-wheel drive, via push buttons, for off-road pursuits.

Add to all that a 6-liter, 320-horsepower V-8 engine and you’ve got a maximum-haul mobile — the advanced descendant of Suburbans that have been on sale in the United States since 1936.

Perhaps that history is why the big runner is so popular in these parts. People here have a thing about lineage and tradition. They know a thoroughbred when they see one.

Complaints: At $4,495, the Quadrasteer option is pricey, making it less of a value to those who also worry about the system’s future maintenance and repair costs.

Praise: Quadrasteer worked perfectly. Manhattan parking at endants, not known for a love of huge SUVs, yelled “Come see this! Come see this!” to one another.

Ride, acceleration and handling: The Suburban 2500 LT Quadrasteer moves so well, it belies the vehicle’s weight of 8,600 pounds, as well as its considerable length (219.3 inches) and width (79.8 inches). Acceleration is very good lightly loaded and under heavy loads. Braking is substantially improved, too.

Head-turning quotient: No one gave me a hard time about driving this one. Suburbans have been around so long, people must take them for granted.

Model lineup: Half-ton (1500 series) and three-quarter-ton (2500 series) SUVs both in rear-wheel and four-wheel drive. Trim lines include the LS and the upscale LT. Quadrasteer is available only in the 2500 series.

Fuel: Regular unleaded gasoline is fine for all models. The 5.3-liter V-8 can be equipped to run on ethanol.

Capacities: Suburbans can carry up to nine people and tow up to 12,000 pounds.

Purse-strings note: You can bargain on this one. Compare with GMC Yukon XL and any remaining Ford Excursion models.

Most versitile vehicle I've ever owned

Comfortable, reliable, safe useful - all describe my 17 years with this wonderful vehicle. I've kept it well-maintained and it's returned the favor with hassel-free years of service. Whenever anything was breaking (a rare occurrence) it was promptly fixed. Snow, rain, sun - all was handled with ease. Towed trailers and vehicles in all kinds of weather - no problems. This has been a GREAT experience!

Awsome , Bought used for my towing , turned into my daily driver for 4 or 5 years . It has the autoride system with 8.1 ltr and Big brakes Love Love Love it . Big and safe pulled my 26 ft boat back and forth Florida to New England . Can not say enough how I have enjoyed this vehicle . I had a great Dane / English Mastiff 240 lbs she loved it too ... 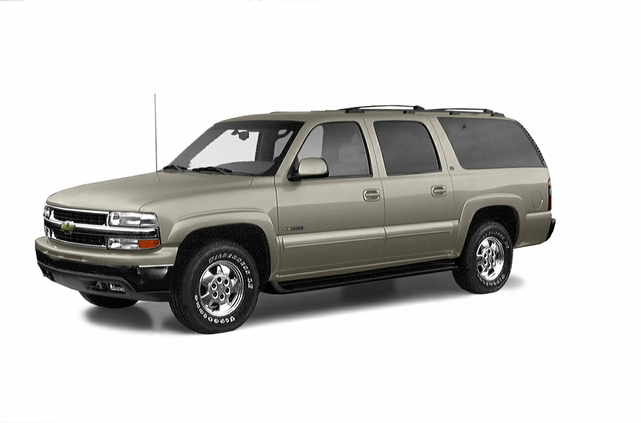 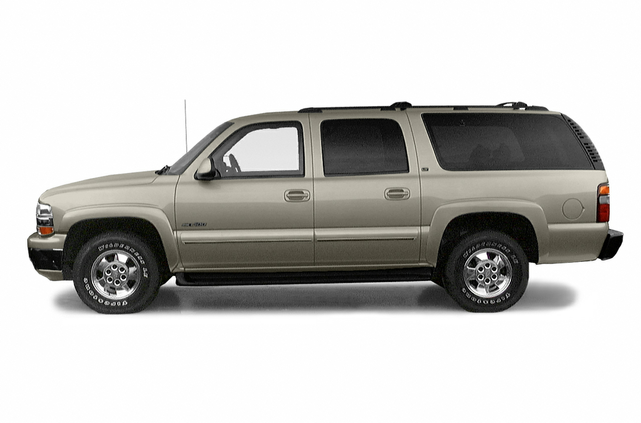 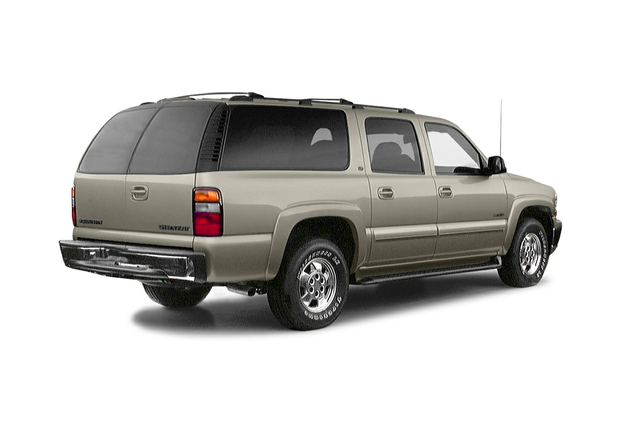 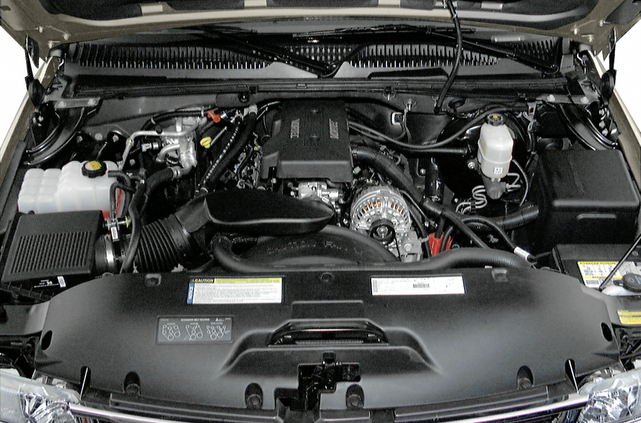 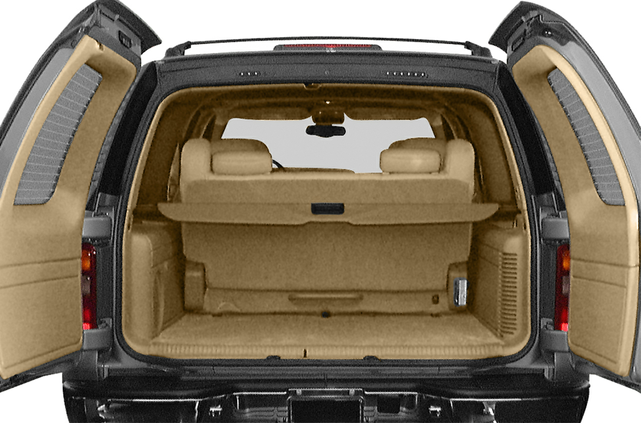 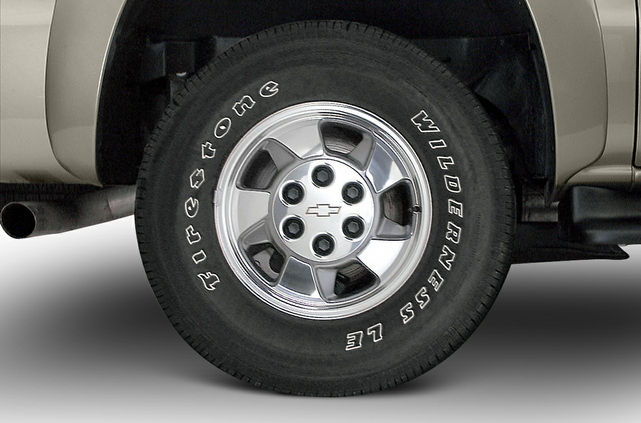 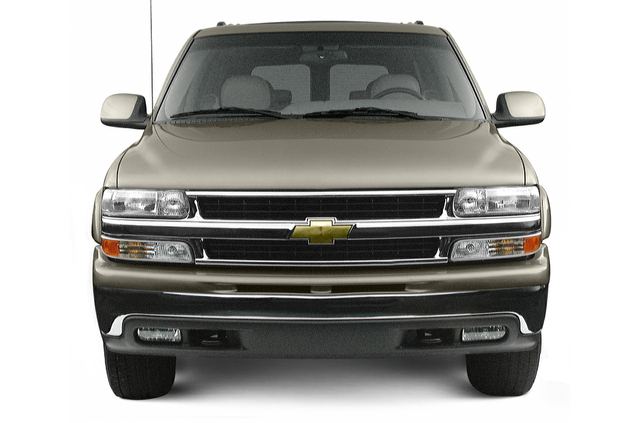 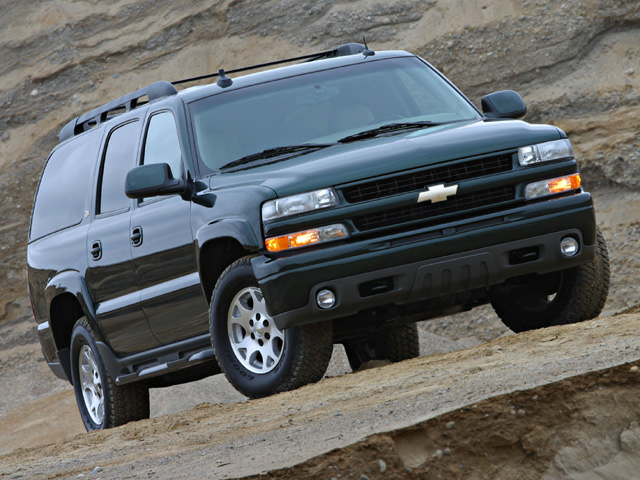 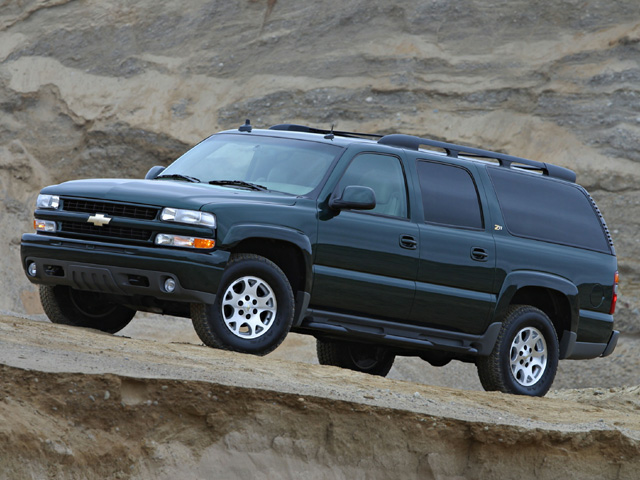 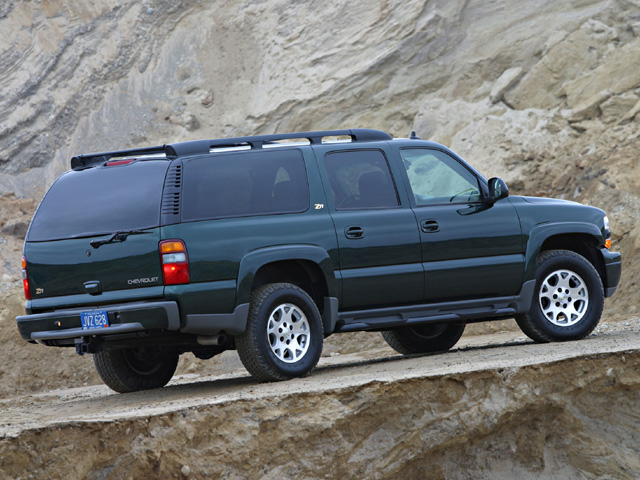 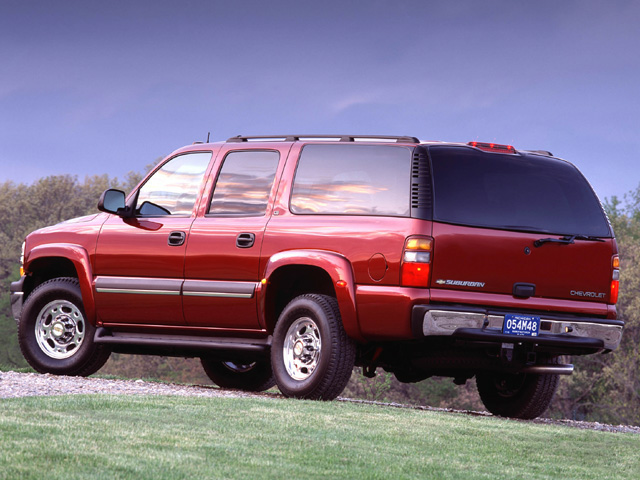 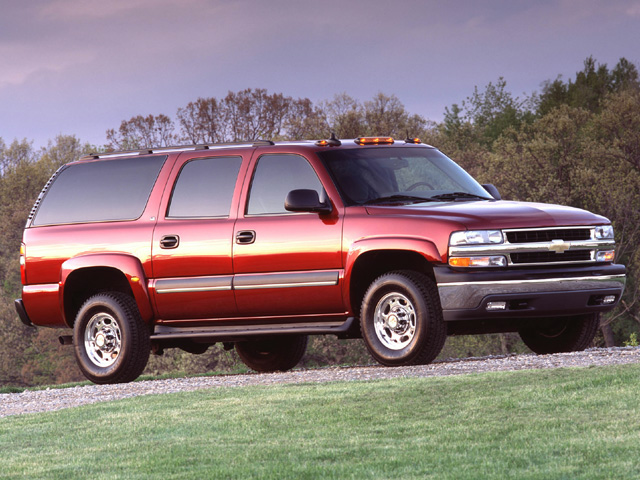 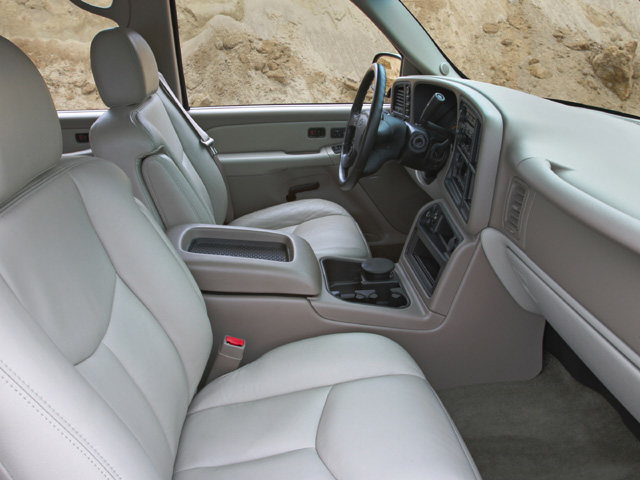 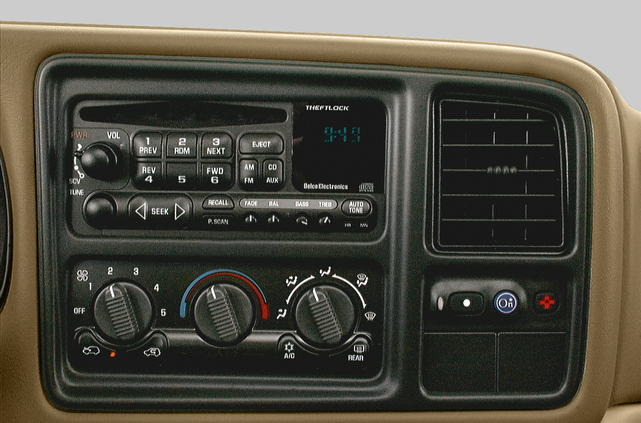 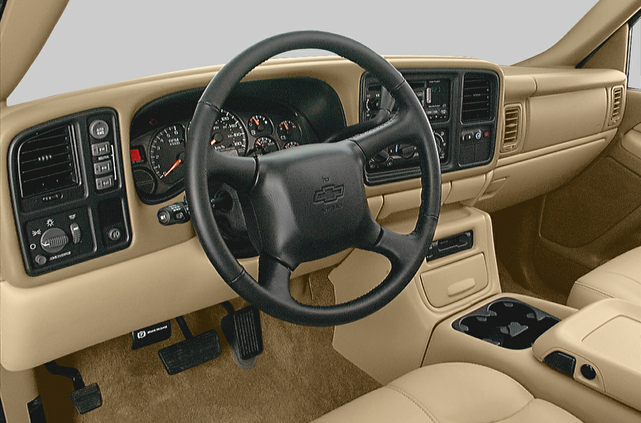 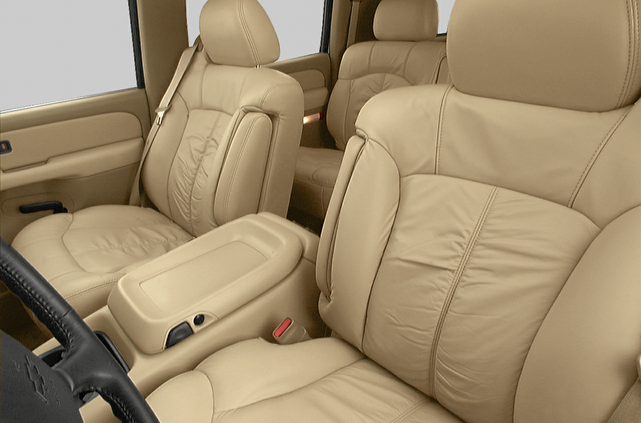 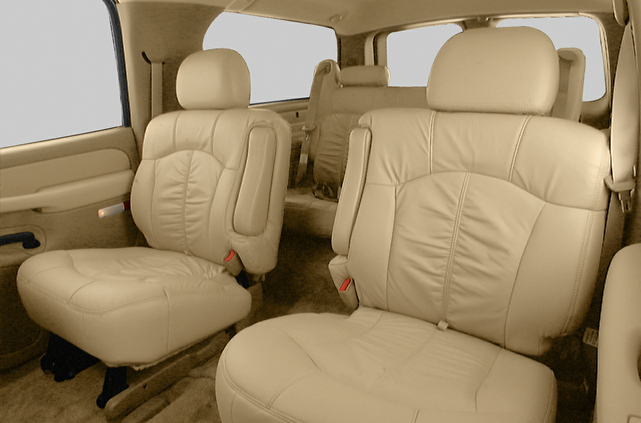 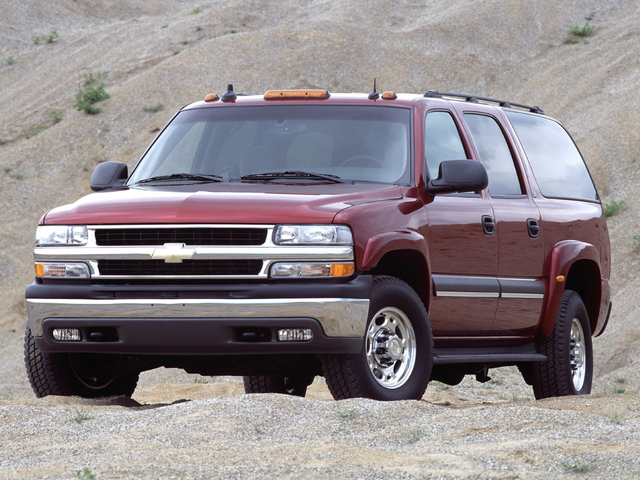