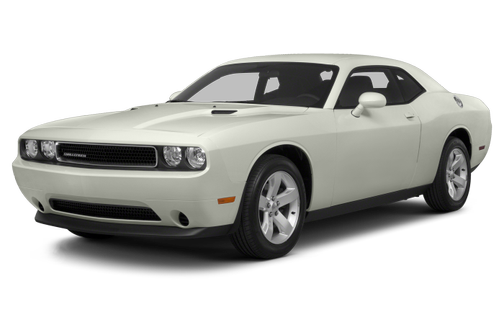 Our 2013 Dodge Challenger trim comparison will help you decide.

Editor’s note: This review was written in November 2011 about the 2012 Dodge Challenger. Little of substance has changed with this year’s model. To see what’s new for 2013, click here, or check out a side-by-side comparison of the two model years.

The 2012 Dodge Challenger is the kind of car that can bring a smile to the face of even the most jaded car enthusiast. Try as you might, it’s impossible to escape the considerable charm of this ultimate modern-day boulevard cruiser.

The Challenger’s classic muscle car styling will draw you in, but its refined ride and handling and spacious interior make this big coupe appealing to drive.

We tested two versions of the Challenger: a V-6 version with an as-tested price of $33,590 and the high-performance SRT8 with a sticker price of $48,320. For a side-by-side comparison with the Challenger’s two closest competitors — the Ford Mustang and Chevrolet Camaro — click here.

Styling Consequences
The Challenger is a rolling homage to the original coupe, which was produced in the early 1970s. It takes many of the original’s design cues — hood slits, a rectangular grille and pronounced rear haunches — and incorporates them in a modern way. To Dodge’s credit, the result is a coupe that both recalls the past and looks contemporary. That’s not an easy feat.

There are reasons why cars no longer look like they did in the ’70s, and the modern-day Challenger showcases one of them with its poor visibility. A big C-pillar and tall trunk make it hard to check your right-side blind spot. It’s also difficult to see curbs when pulling into the street, as they’re lost behind the car’s huge hood. Plus, the roofline makes it hard to see overhead stoplights when you’re first in line at intersections. Still, the Challenger doesn’t compromise visibility as much as another retro muscle car: the Chevrolet Camaro coupe.

Going & Stopping
The standard 305-horsepower, 3.6-liter V-6 engine is smooth and refined, but it doesn’t have a lot of grunt from a standing start. It comes alive at midrange engine speeds, which leads to more eager acceleration, but it lacks the SRT8 V-8’s appealing exhaust burble that goes so well with the Challenger’s whole outlook. The V-6 gets an EPA-estimated 18/27 mpg city/highway.

Like an NFL linebacker, the Challenger SRT8 possesses a quickness that’s unexpected in something so big and heavy (its curb weight is around two tons). Dodge pegs the Challenger SRT8’s zero-to-60-mph acceleration time in the high 4-second range, and the 470-hp, 6.4-liter V-8 always pulls strongly, whether you’re cruising in the city or accelerating on the highway. A burbling exhaust note is your constant soundtrack, and it erupts into a howl when you floor the gas pedal.

Driven aggressively, the SRT8 is a monster of a car with a knack for intimidation. Slow down, though, and it turns into a docile cruiser. The rumbly exhaust remains, hinting at its performance potential, but a progressive gas pedal and smooth-shifting five-speed automatic transmission make for low-drama driving. Be prepared for frequent fill-ups, though, as the SRT8 is rated 14/23 mpg. Premium gas is recommended.

Getting an automatic SRT8 was a little disappointing initially, as Dodge also offers a six-speed manual, and I like to change gears myself when driving a performance car, but I grew to like the automatic in the big muscle car that is the Challenger.

The transmission is responsive, making quick part-throttle downshifts or full-throttle kickdowns when you press the gas pedal. Steering-wheel-mounted shift paddles, which are new for 2012, let you control gear changes, and despite only a slight shift delay after pressing one of the paddles, I preferred to leave the transmission in Drive and let it do the work — it always seemed to be in the right gear.

Both the V-6 Challenger I tested, which had an optional performance brake package with front and rear vented discs, and the SRT8, with its Brembo-brand brakes, have some of the best brake-pedal feel around. The pedal yields linear, predictable response, and there’s none of the hesitation and jerkiness that plague some cars.

Ride & Handling
The V-6 Challenger is available with an optional performance-tuned suspension. It includes larger front and rear stabilizer bars and higher-rate shocks. In terms of firmness, the setup is similar to the SRT8’s standard adaptive suspension; it’s decidedly firm, but it doesn’t punish you the way some performance cars can.

As another editor noted, the V-6 Challenger’s nose feels lighter than the SRT8’s, and the car is a little more nimble overall. A more balanced weight distribution with fewer pounds over the front wheels deserves some of the credit. The change doesn’t transform the V-6 Challenger into a sporty performer like the Mustang, but it does make it a little more engaging.

The Challenger SRT8 rides well. The coupe floats easily over dips and bumps without becoming unsettled, and its highway stability is impressive. It’s a setup equally well-suited to driving across town or across the country.

The two-mode adaptive suspension, which is new for 2012, contributes to the SRT8’s ride and handling. The Sport mode sets damper compression and rebound to a more aggressive setting without compromising ride comfort too much.

The SRT8 will play along if you aim it down a winding stretch of road, but it doesn’t take long to figure out this isn’t what it was made to do. It’s built for the open road — whether that’s a highway or a wide boulevard.

The coupe’s steering tuning drives this point home. The SRT8’s leather-wrapped steering wheel is big and meaty, and it feels good in your hands, but there’s minimal steering feedback. It’s not any better if you get the V-6.

The Inside
Compared with the Mustang’s or Camaro’s interior, the Challenger’s cabin looks plain despite the use of nice materials overall. Both the Ford and Chevrolet have much stronger retro cues than the Challenger, and those cues drive the distinctiveness of those cars’ interiors. The Challenger’s controls, though, are easy to use and logically placed, and that wins it points.

The SRT8’s front bucket seats are appropriately bolstered and wide. The seatbacks, however, are overstuffed. The cushioning presses forward, as if someone ratcheted up the lumbar support when you weren’t looking. The bucket seats in the V-6 Challenger aren’t as form-fitting as the SRT8’s — especially in terms of lateral support — but the cushy, overstuffed feel remains.

For a coupe, backseat comfort is pretty good for adult passengers. Headroom is passable, and the seat provides decent support. The limiting factor is legroom, but it’s workable if the person in front is willing to share.

Less appealing is the lack of visibility that backseat passengers suffer; they won’t see much out the sides because of those big C-pillars. Our test car’s all-black interior also contributed to the backseat’s cave-like vibe.

Safety
As of publication, the Challenger hadn’t been crash-tested by the Insurance Institute for Highway Safety. Nor had it been subjected to the National Highway Traffic Safety Administration’s new crash-test program for 2011 and newer cars.

Challenger in the Market
Of the modern-day muscle cars, the Challenger — especially in SRT8 form — holds closest to the original formula of blistering straight-line speed matched with hulking road presence. Both the Mustang and Camaro have retro styling cues, but they’re decidedly more modern overall compared with the Challenger’s look.

Even though there’s a modern car underneath the Challenger’s throwback sheet metal, the design’s close adherence to the past will be too much for some shoppers. If you’re a muscle-car fan looking to relive your youth, though, the Dodge Challenger is the purest thing available from a new-car showroom.

This is How it Ends

You'll never look back. Like stepping back in time with modern upgrades and more power. Best decision I ever made was buying a dodge. Flawless

I have had this car over 5 years and it still runs well with over 200,000 miles on it. I have never had any major issues with this car.

Beautiful car inside and outside. Has style, comfort and speed when you need it. Very well equipped. Handles very well and a " head Turner". Love it!

Rating breakdown (out of 5):
7 people out of 7 found this review helpful. Did you?
Show full review
See all 106 consumer reviews

All model years for the Dodge Challenger 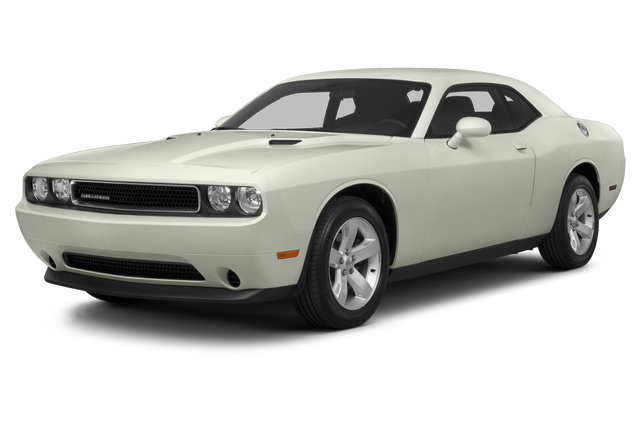 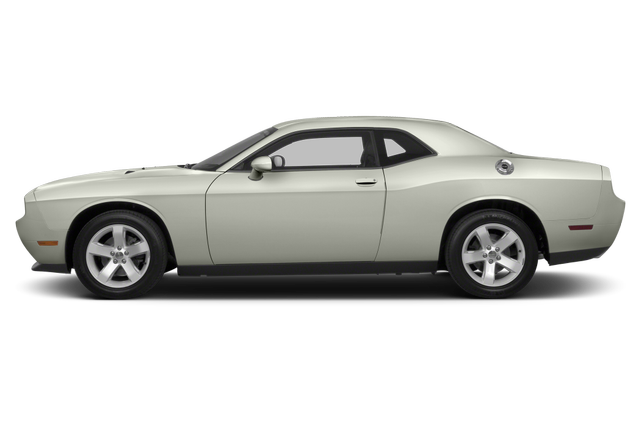 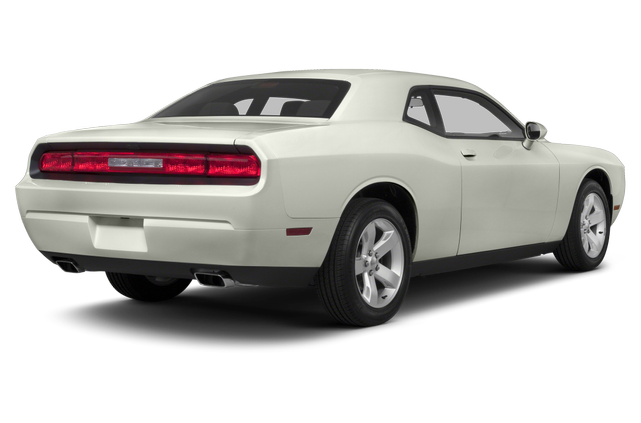 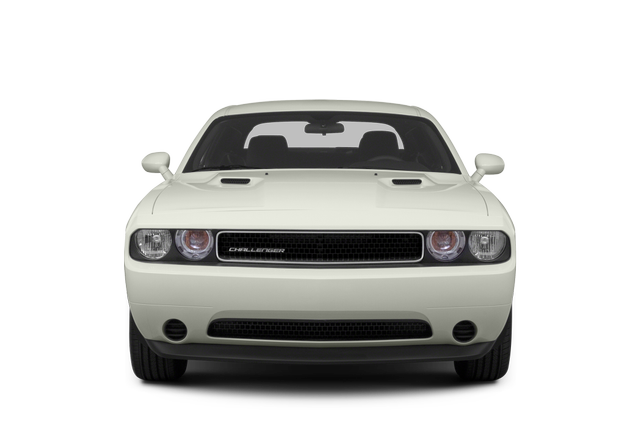 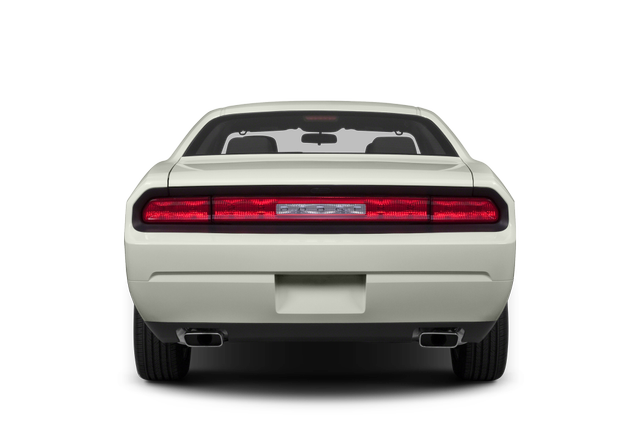 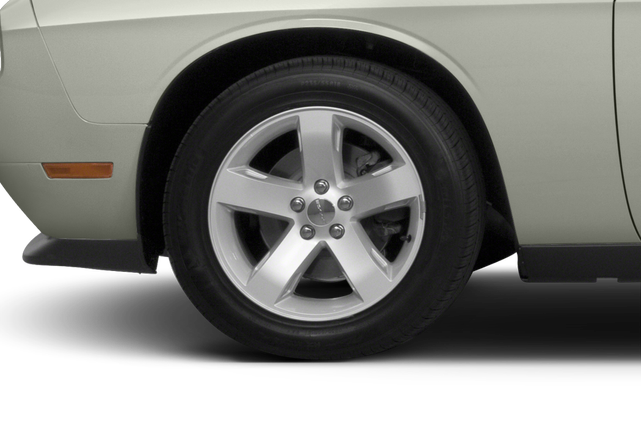 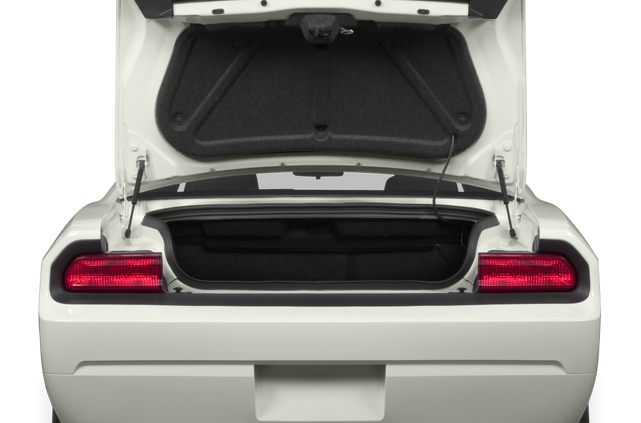 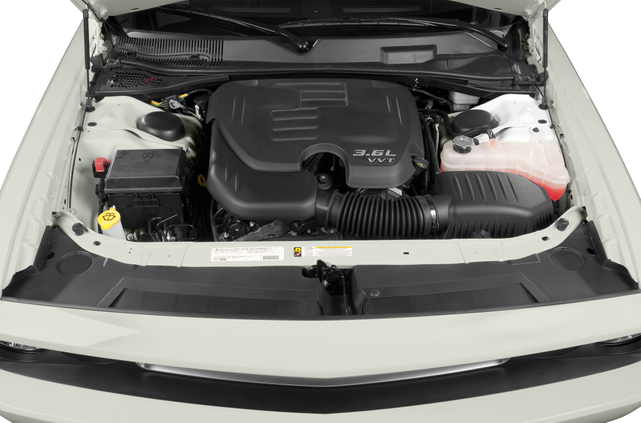 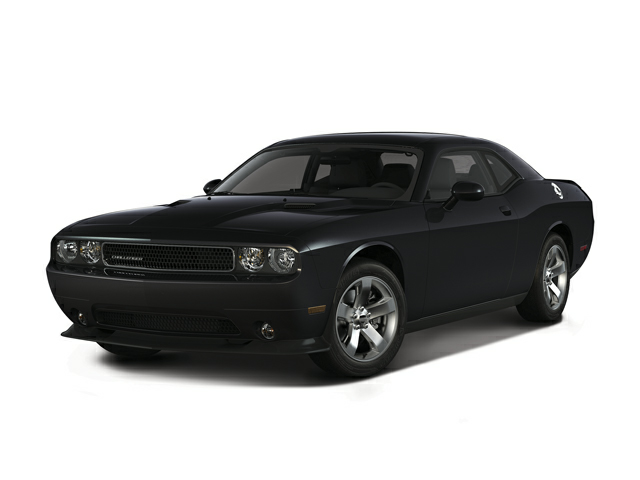 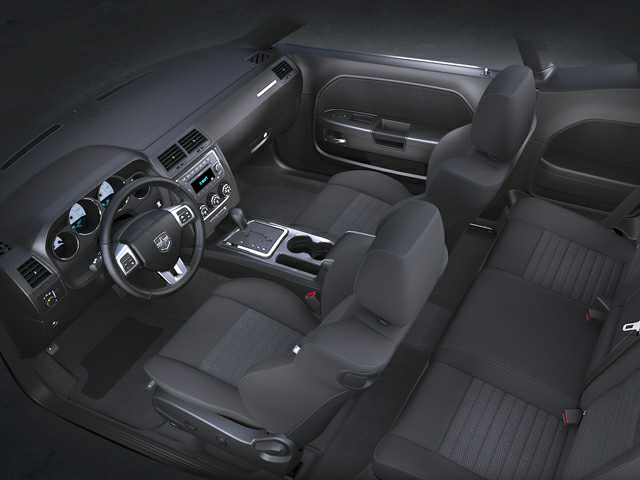 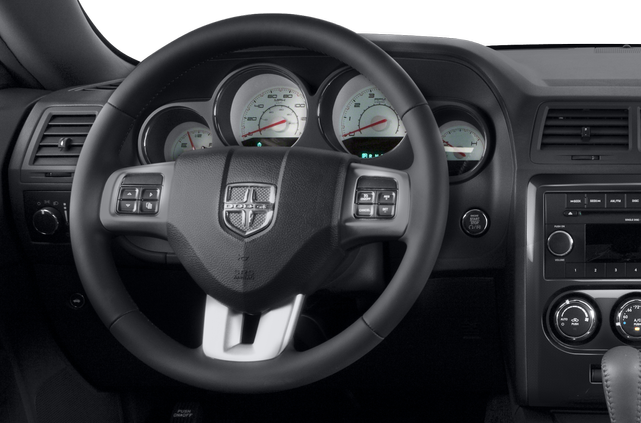 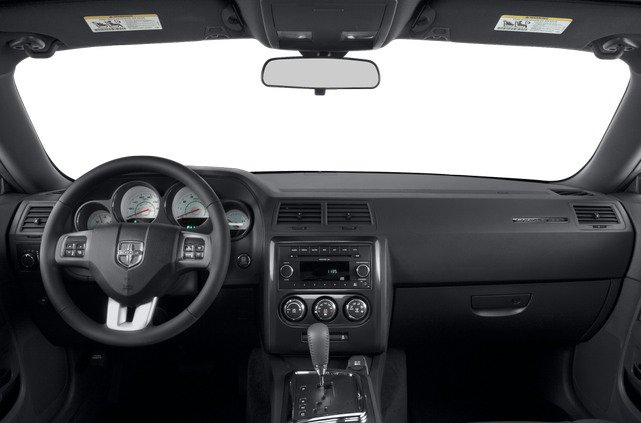 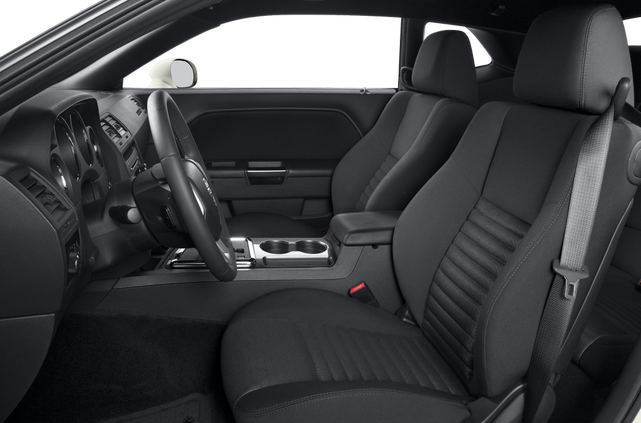 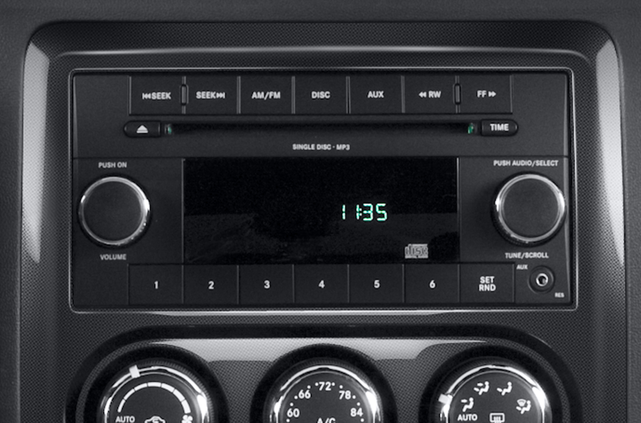 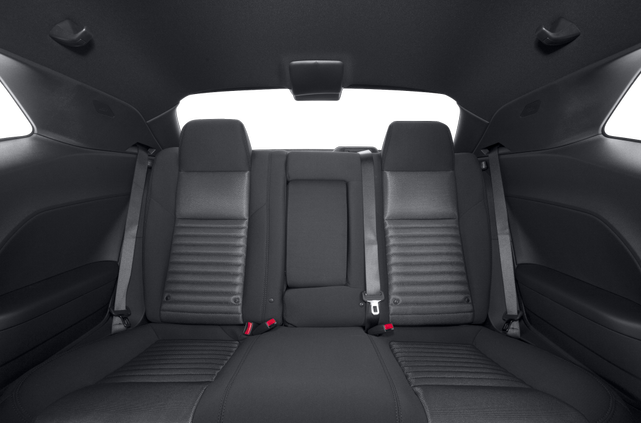 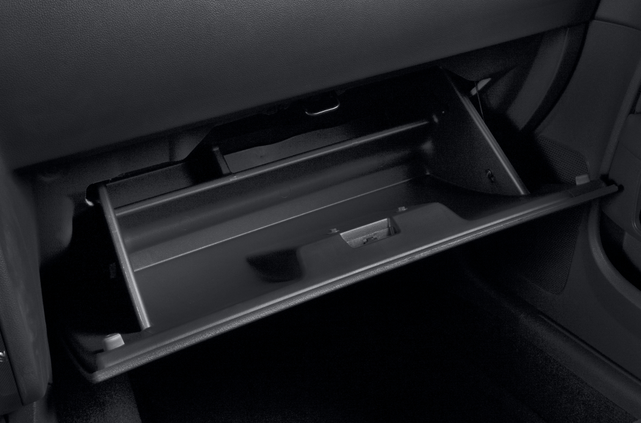 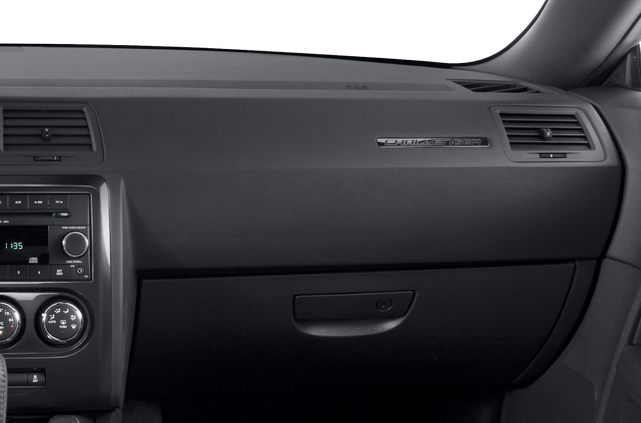 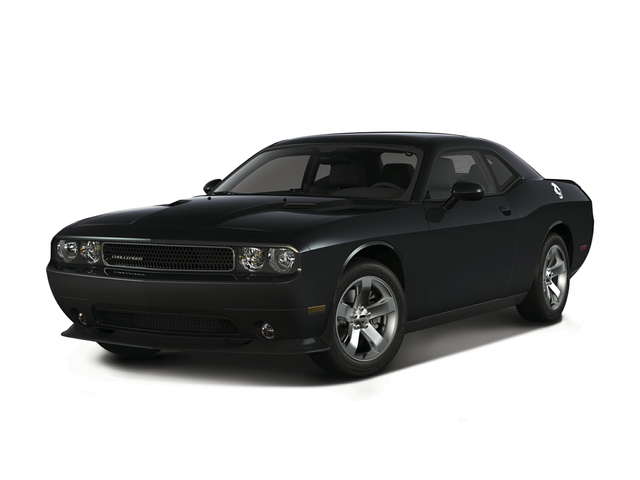 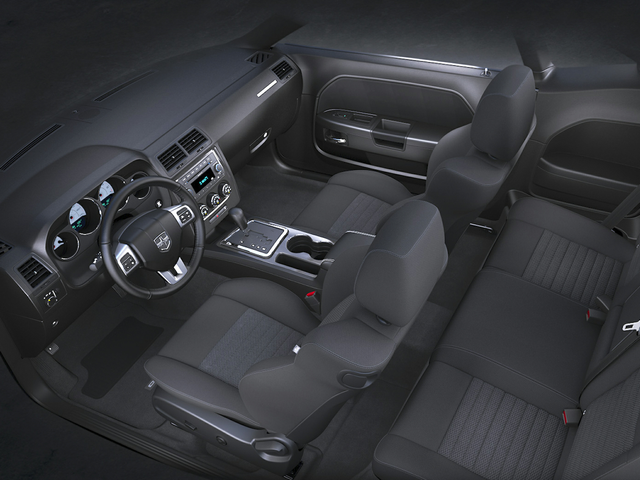