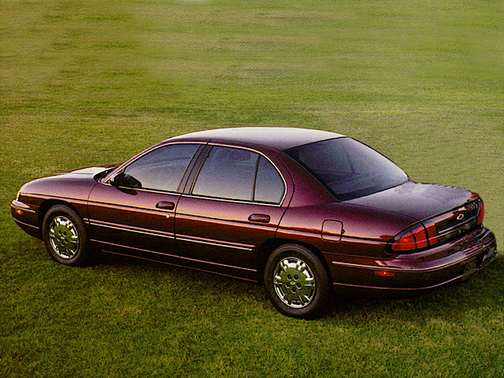 Our 1999 Chevrolet Lumina trim comparison will help you decide.

Lumina LTZ turned some heads with its front-end styling, aluminum wheels and paint scheme. Chevrolet Lumina is headed toward the end of its road, destined to be replaced for 2000 as Chevy’s bread-and-butter family sedan by a more interesting craft bearing an old name, Impala.

Poor Lumina, it never worked up to its potential, an automotive underachiever that could only watch as Ford Taurus, Honda Accord and Toyota Camry traded laurels year after year as bestselling automobiles.

The styling is attractive, though generic. Performance is competent, though bland. The overall theme is mainstream to a fault, offending no one but not enticing anyone, either.

The big plus during its 10 years of existence has been its affordability, providing a good-size interior and plenty of creature comforts for a modest price.

The big problem is that Lumina drives like a budgetary compromise, getting you there in a reasonable manner but boring you to tears along the way. Even the top-end LTZ tested recently failed to excite, despite its strong engine response and generally solid feel.

Though a Ride and Handling package is standard on the LTZ, I found the suspension to be mushy and poorly controlled. The car swayed heavily in turns, and on any kind of rough surface, it bounced and heaved unpleasantly.

What a difference a really good set of shock absorbers would make on this car. Konis, all around?

Again, here’s another place where the Lumina fails to live up to potential. The cornering is balanced and predictable, but because of the vagaries of the suspension, it’s really hard to get into it.

The LTZ is advertised as a sports sedan, which it very well could be with just a bit of extra effort. Jeez, I’m starting to sound like my junior-high guidance counselor.

The 200-horse engine has plenty of pull, growling appropriately and zipping the Lumina quickly up to highway speed. The transmission works nicely, allowing a sporty run to the upper revs before upshifting.

Standard equipment is a 160-horsepower V-6, which is quite adequate but not nearly as enjoyable.

Stylistically, the LTZ manages to turn some heads, checking out the sharp aluminum wheels, unique front-end design and monochromatic paint scheme. Jaded me, I was surprised by how many people seemed to appreciate the LTZ styling.

Inside, the LTZ has comfortable bucket seats up front and enough head and legroom front and rear. Three people will fit in the back seat, as long as they’re not too wide.

Interior styling is, again, pleasant but generic, ergonomically acceptable but completely unmemorable. Except for the leather power seats, which were quite nice.

And here are some examples of Lumina’s big plus, affordability. The leather seating surfaces and full console add just $645 to the price. Six-way seat power for the driver is $305. And the preferred equipment group of keyless remote, power trunk opening, dual temperature control and steering-wheel radio controls is $591.

Those are pretty reasonable prices for the kinds of options desired on luxury cars, without the luxury price. But despite the extras, including LTZ’s engine upgrade and suspension refinements, the bottom line is still solidly in midstream. That’s good value.

Still, it’s time for Lumina to ride into the sunset, having enjoyed decent sales during its 10 years of existence but not leaving much of an impression one way or the other.

Dependable on the road

April 1, 2021
By Redneckn from Lucedale, MS
Owns this car

I got mine free from a family member 11 years ago and I love the performance and dependability! It still runs great but it is trying hard to fall apart from the interior to the metal you can dent with your thumb with very little effort. It is the leakiest vehicle I've ever had! From the windshield to the trunk! It was garage kept by my Grandma and barely driven no more than 50 miles from home. It has an awesome smooth ride and you'd rather set it on fire than have to change the spark plugs twice but it has given me 181,735 miles and I'll drive it til it won't go any further. If you baby your car, you will be happy with it.

Rating breakdown (out of 5):
0 people out of 0 found this review helpful. Did you?
Show full review
1.6

This car is terrible it looks poor and drives like crap anyone who bought it needs a refund asap it very uncomfterable dont by it please my son didnt like it either.

i drove it for 18 years and loved it!

it was reliable, sturdy, safe and comfortable - you can only choose one use from the drop down but this car transported children, was used for commuting and was driven for pleasure. 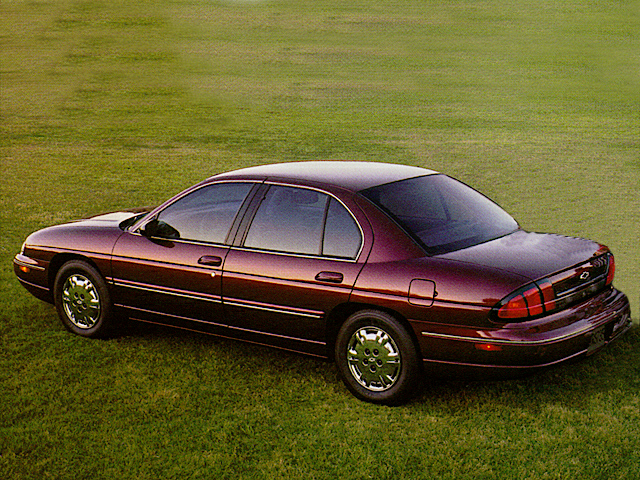 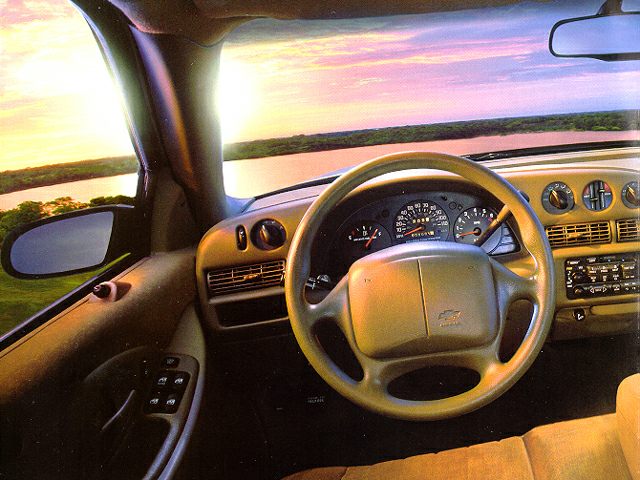