Our 2003 Chevrolet Tracker trim comparison will help you decide.

Posted on 12/9/02
Vehicle Overview
The Chevrolet Tracker is available in two-door convertible and four-door wagon forms, and it may be equipped with rear-wheel drive (RWD) or four-wheel drive (4WD). This compact sport utility vehicle is Chevrolets version of the Suzuki Vitara. Especially in its wagon body style, the Tracker competes with the Ford Escape, Honda CR-V and Toyota RAV4.

Capitalizing on the interest of small SUVs, Chevrolet sold 52,368 Trackers during 2001  thats a 9-percent increase, according to Automotive News. Only a handful of changes are evident for the 2003 Tracker. They include new yellow paint and optional deep tinted glass. Monochromatic paint goes on the LT edition.

This is an authentic sport utility that can handle the roughest terrain, says Marketing Director Margaret Brooks. The two-door convertible models are offered in base and ZR2 trim levels and come with a four-cylinder engine and a manual or automatic transmission. The four-door ZR2 and LT models come with a 165-horsepower, 2.5-liter V-6 engine as standard equipment, and these trims get the automatic transmission. The Tracker and the equivalent Suzuki SUV are built at a Canadian plant that is jointly owned by General Motors and Suzuki.

Exterior
The Tracker is built on a ladder-type frame and features what Chevrolet calls bold, distinctive, sculpted flanks that are complemented by contoured edges. The four-door solid-roof Tracker is 162.6 inches long overall and has a 97.6-inch wheelbase  that makes the solid-roof model 11 inches longer in both dimensions than the two-door convertible. The soft-top model has a manually folding canvas roof.

Both body styles are approximately 66 inches tall. The spare tire is mounted on the tailgate, which opens to the right on both body styles. All models ride 15-inch tires, and alloy wheels are standard on the LT and ZR2. Skid plates are included on the ZR2. Options include tubular side steps, a brush guard, ski and bike racks, and a removable hardtop for the convertible.

All models have air conditioning and a CD player. Leather upholstery is optional only on the LT model.

Under the Hood
The base engine for the regular convertible and four-door wagon and ZR2 is a 127-hp, 2.0-liter four-cylinder. A 165-hp, 2.5-liter V-6 goes into the LT and ZR2 wagons. The four-cylinder engine teams with either a four-speed-automatic or five-speed-manual transmission, and the V-6 comes only with the automatic. Both body styles work with either RWD or shift-on-the-fly 4WD.

Safety
Antilock brakes are optional, and daytime running lights are standard. Side-impact airbags are not available in the Tracker.

Driving Impressions
The Tracker is on the noisy side, but its generally a satisfying little machine. The noise comes from the V-6 engine and driveline. While the new model is better than the past model, it still triggers a trucklike sensation. The automatic transmission tends to stay a trifle too long in lower gears, which also adds to the extra sound level.

The Tracker is easy to steer and control, and it maneuvers nicely in city driving. When equipped with 4WD, it also performs capably on snow and ice. A somewhat choppy ride is inevitable, but its not much of a problem. The Trackers acceleration wont win any awards, but its wholly adequate for all but the most assertive drivers. The SUVs seats are excellent and well cushioned, and they offer good support, but legroom is limited in the backseat.

August 11, 2022
By Ty from Edmonton Alberta Canada
Owns this car

I had picked up one to replace a write off usually I'm a truck guy but with gas around $1.50/l I tried on of these again. It had 146000 km on it a few things I got to do the body was mint I haven't had it through the winter yet but I had an early 90s sidekick so not worried even living in Canada. I have the 4 cylinder so find it a little under powered but not terrible but the mileage is great for a little 4x4 actually going to sell my sxs and put it into this cause at least you can still drive it on the highway one thing I can say is not to stomp on it all the time drive it right maintenance it up and they'll last you skid plates winch a little lift and good mud and snow tires on her and she's ready to put along for the hunting trail

April 26, 2021
By Poorboybuilt from California
Owns this car

I've had 7 cars and I'm only 19 and I put my cars threw hell and back and this chevy tracker 2 door has never did me wrong. Im looking into buying another one beacuse there so unique and they burn rubber🤣

November 17, 2019
By AthltSpirit from Lakewood, WA
Owns this car

I couldn’t be happier with my 2003 Chevy Tracker LT. It does everything I need it to and more and the value is unmatched. Highly recommended!’

Rating breakdown (out of 5):
3 people out of 3 found this review helpful. Did you?
Show full review
See all 26 consumer reviews 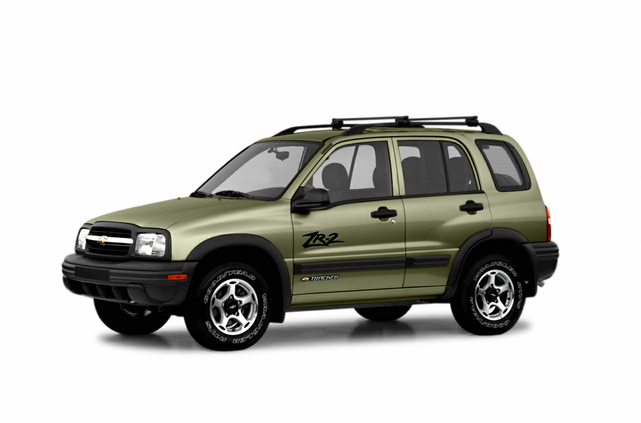 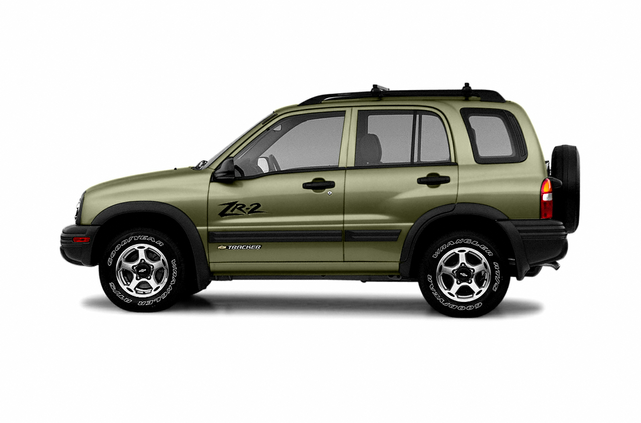 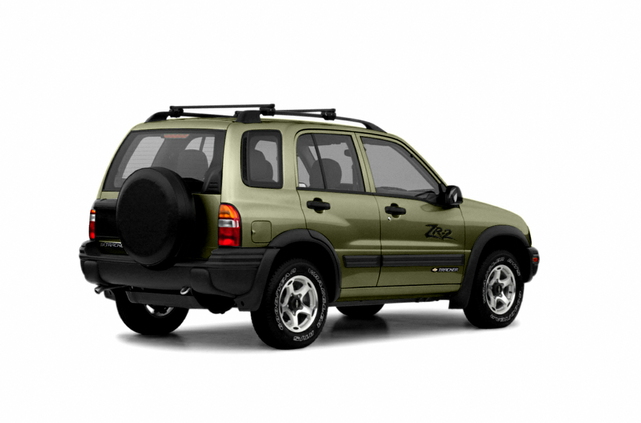 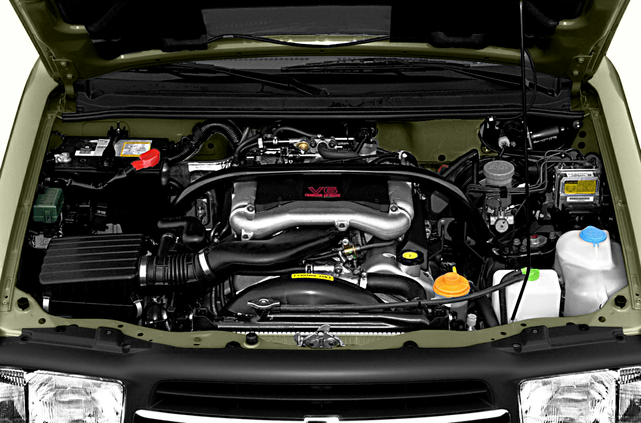 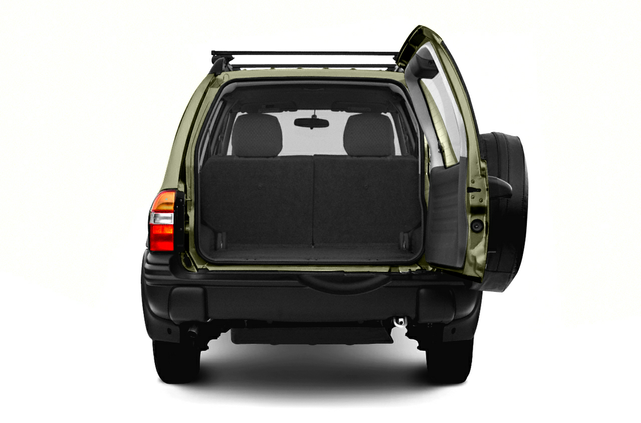 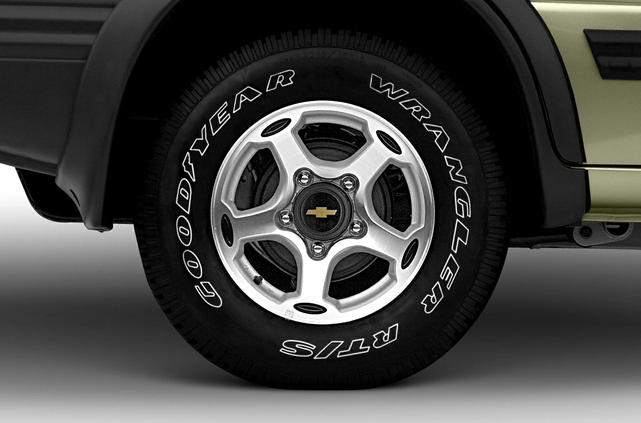 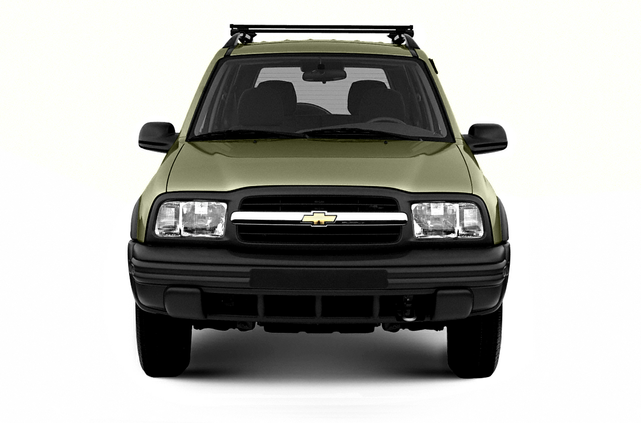 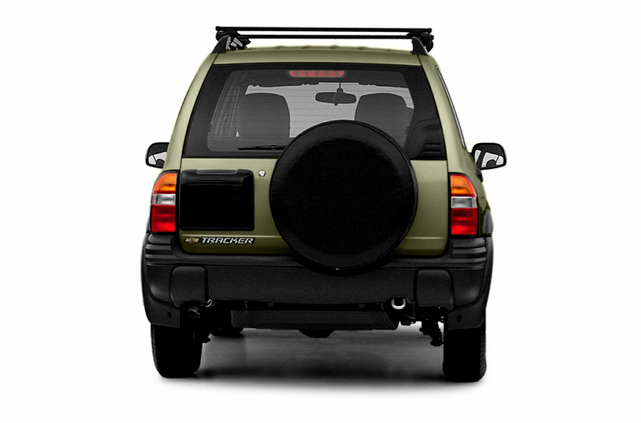 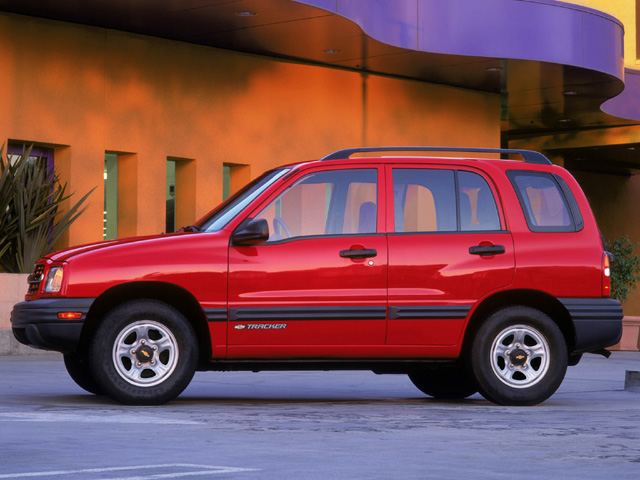 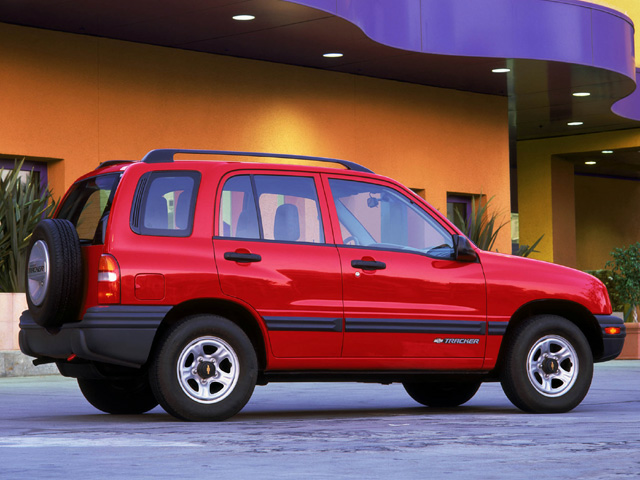 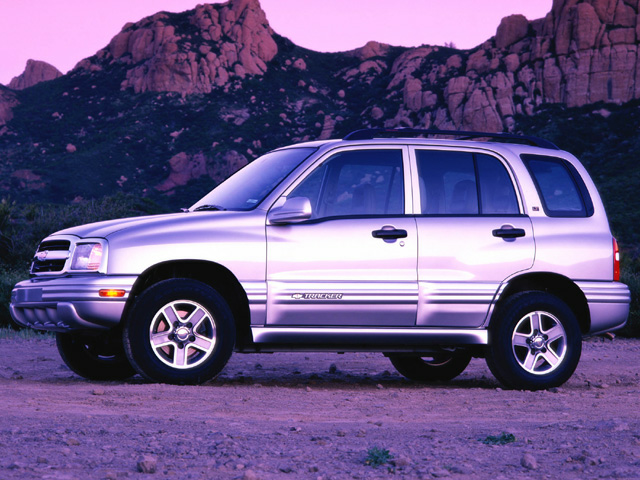 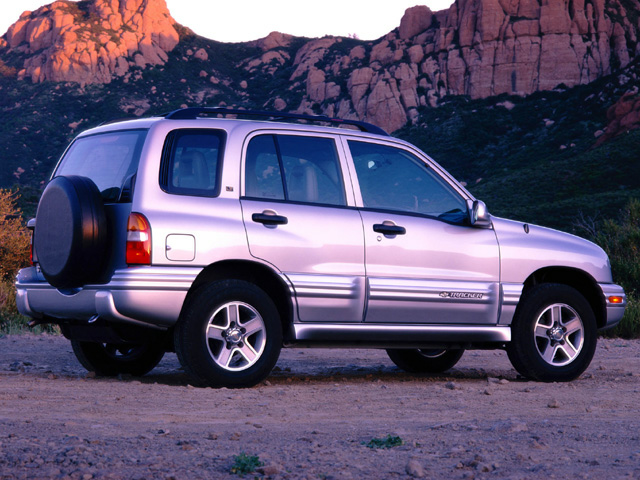 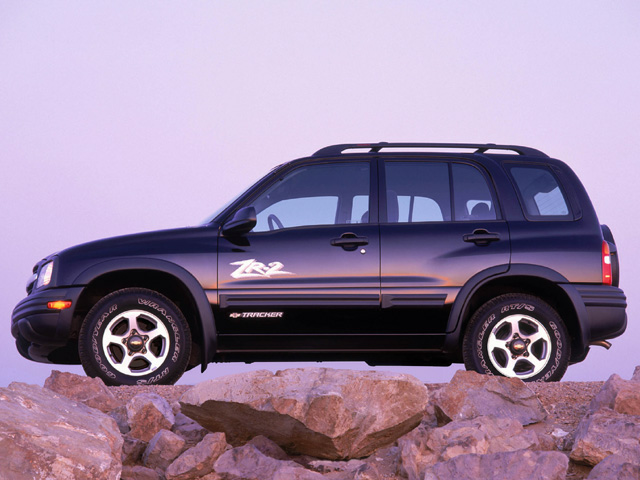 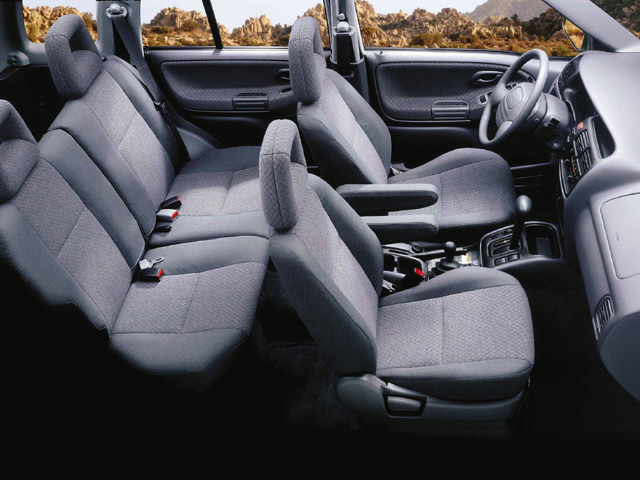 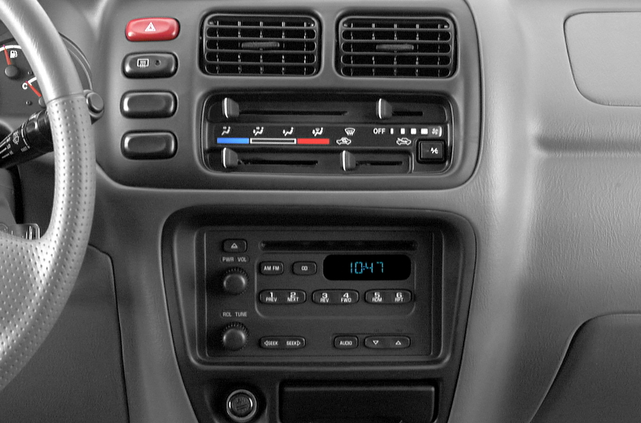 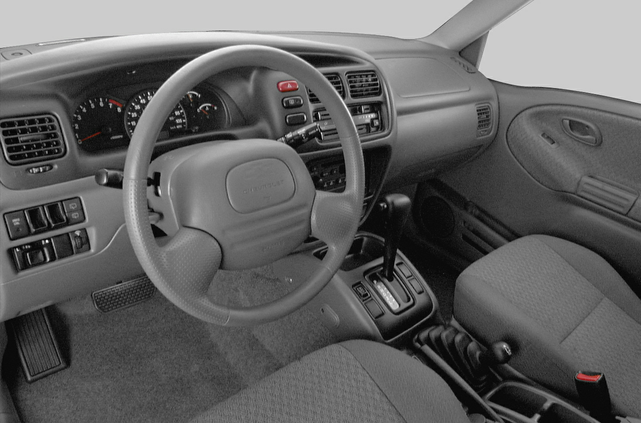 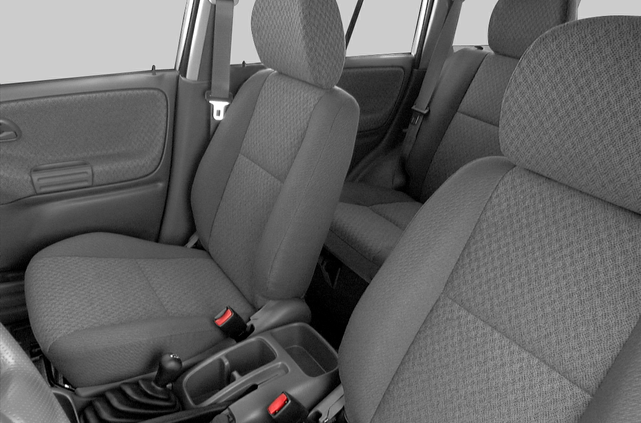 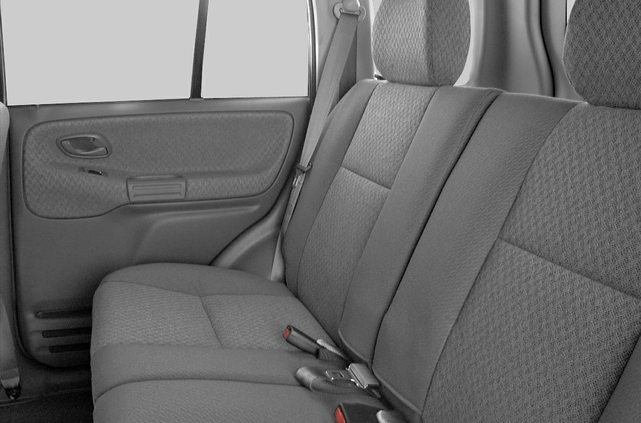 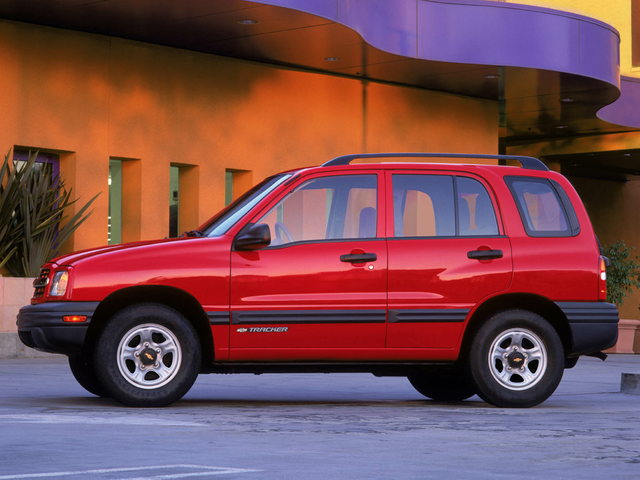