Our 1995 Ford Explorer trim comparison will help you decide.

This year Ford’s Explorer gets the award for Most Improved Player.

Since its introduction in 1990, the Explorer has been the best-selling sport-utility vehicle on the planet.

With the Grand Cherokee and the Discovery, Chrysler and Land Rover took aim at the Explorer and sliced nicely into its sales with vehicles that offered V-8 engines and dual air bags, things that the Explorer didn’t have.

And last year General Motors weighed in with redesigned versions of the Chevy Blazer and GMC Jimmy.

So the pressure was on Ford not only to answer the competition but to give buyers a reason to continue making the Explorer No. 1 in sales.

Ford engineers did more than just address the Explorer’s shortcomings: They made the 1995Explorer a world-class sport-utility in just about every area – handling, performance, safety, quality, value and styling.

This week’s test vehicle, a Sport model outfitted with a long list of features, is a tremendous buy. It’s proof that you can still get a well-equipped sport-utility vehicle for about $20,000.

Although 160-horsepower is well short of the power available in the six-cylinder engines in the Blazer/Jimmy and Grand Cherokee, the Explorer’s performance is pleasing.

Our test vehicle came with a five-speed manual transmission. The clutch and shifter are the best I can remember sampling recently in a sport-utility vehicle. It took very little effort to press the clutch pedal, and the shifter slid smoothly into each gear.

The ease of shifting helped to make the Explorer very civilized in heavy, stop-and-go traffic. In fact, our bright blue Explorer offered a level of refined smoothness that one would associate with a luxury car such as Lexus or Infiniti. The engine runs so quietly and is so free of vibration that when it’s idling you would swear it wasn’t running at all.

But I had to pay attention to the speed of the vehicle and the gear it was in. If the speed dropped too low for a certain gear, the Explorer would lug and strain.

Our test vehicle’s fuel mileage came in below EPA estimates. However, I was the first person to drive it. Once the vehicle is broken in, I would expect it to deliver better than 15 mpg in the city and 19 on the highway that I got.

The suspension system in the original Explorer – adapted from one of Ford’s trucks – left much to b e desired.

The new one does not.

Ford’s engineers did away with the twin I-beam setup used on the old Explorer and outfitted the ’95 Explorer with a short-long arm system that does a better job of keeping the body from bouncing and jerking roughly when you drive off the road.

It also smooths out minor bumps and gives the Explorer a more carlike ride on pavement. However, I blasted down several dirt roads and drove through a bumpy construction site and discovered the Explorer is well suited to off-road driving.

Ford’s marketing department recently quizzed Explorer owners and discovered that most don’t venture off-road often. With that in mind, engineers outfitted the Explorer with a power rack-and-pinion steering system. This is the same setup used on sports cars. The steering radius also was tightened, enabling the two-door Explorer to turn a circle in just 34.6 feet. The four-door Explorer can turn a circle in 37.3 feet. That means both vehicles are about as easy to maneuver ascars.

All Explorers come with four-wheel anti-lock disc brakes, a

At about $21,000, the two-door Explorer Sport ranks as one of the best values on the market. When you take a look at what 21 grand buys in the sport-utility market these days, you are going to have a hard time finding a vehicle that equals or beats the Explorer Sport’s generous level of equipment.

Here’s what came standard in our test vehicle:

The only thing that one might want is an automatic transmission, which adds $750 or so to the price.

But the Explorer has a bunch of built-in features that makes it exceptionally user-friendly and versatile. Small items can be stowed in map pockets in the door panels or in the center console. There is also a place in the console for your wallet and for change – excellent when you are in a hurry at a toll booth or a drive-through restaurant.

You’ll find plenty of storage room when you flip the rear seats forward and expose the flat cargo area. The rear seat flips forward in one motion by lifting a lever. The rear passenger windows, which open outward, are another nice touch.

Ford’s interior designers made the dash and controls easier to find and use. The radio buttons are larger and labeled better than in the past. The instruments are unobstructed and easy to read.

For the week I drove the Explorer, I heard no rattles, and all the accessories worked perfectly.

The 1995 Explorer is a high-quality vehicle that has been setting sales records every month it has been on the market.

Right now it looks as if the Explorer will have a very long and successful run at the top.

Truett’s tip: Ford made the top-selling Explorer an even better sport-utility vehicle by overhauling the suspension and interior. The 1995 Explorer leaves most other competitors in the dust.

June 6, 2022
By Jerónimo Ramírez from Nebraska
Owns this car

1 of my favorite vehicles

October 17, 2018
By AJsMom from Lockport NY
Owns this car

The interior space is awesome! I love the cargo area also. Plenty of leg room inside, very spacious & comfortable. It was decent on gas & the 4 wheel drive is a necessity in our area!

October 9, 2017
By Brad bohn from Denton md
Owns this car

I have had my 1995 explorer for a little over a year now. I got it with 151k miles on t. It has very little rust but the shocks, tires, leaf spring shackles, breaks, and stereo needed to be replaced. (The stereo was fine but I needed something newer). That is mainly because it was the second set of tires in 20+ years and because there is a lot of snow and salt on the roads in the winter. The truck it?s self is strong. So far the odometer drive gear broke but I replaced it and the driver seat belt buckle broke and I fixed that too. It was nothing you can?t do by yourself but for 22 years old, this thing beats out my moms 2001 Tahoe which is on its second transmission and the whole electrical system is done. So far the explorer has been solid even on the original motor and trans. It never fails to get me where I?m going. It is a little slow on the 0-60 but that isn?t why we drive the explorer. It?s a great utility vehicle that is great off road. I took it out in the snow this past wonder and in about a foot of snow, I had no issue whatsoever. I seriously love this suv. Once ole Jeff here dies, I?ll be getting another. Overall design is great but I?m not a fan of the amount of plastic used on the interior. It makes it a little noisy at times. Pros: ?great off road ?dependable ?take a beating ?last forever ?great first car ?great interior/exterior ? decent torque and hp ?does anything you want it to do Cons: ?fuel mileage isn?t good for a v6 ?quite a bit of plastic inside ?A little noisy inside 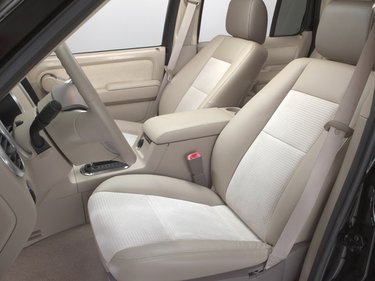 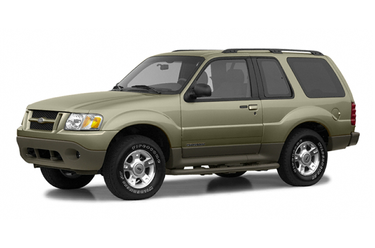 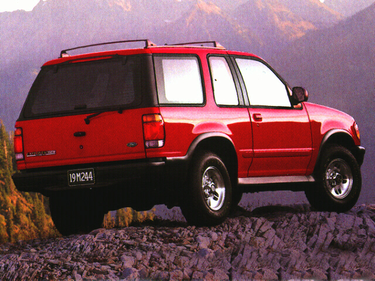 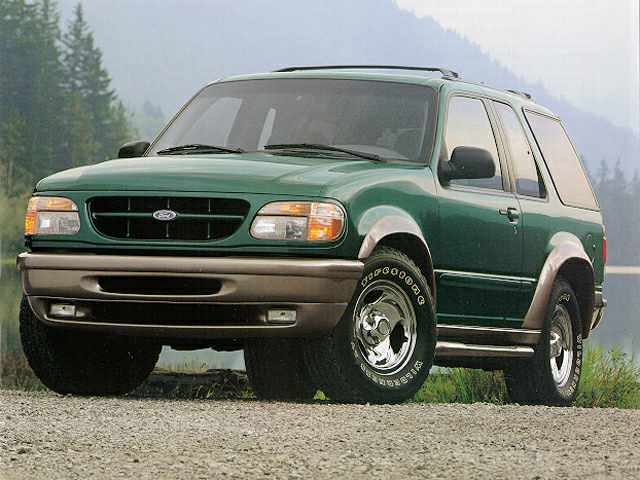