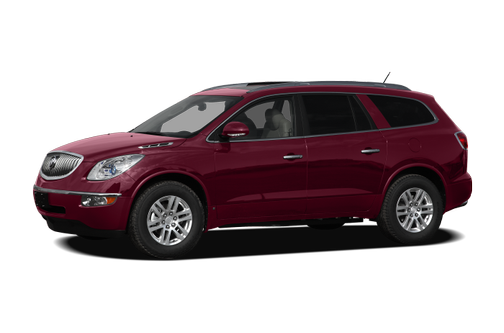 Our 2010 Buick Enclave trim comparison will help you decide.

A lot of car shoppers link minivans with a terminal case of parental frumpiness, but when it comes to outright utility those vehicles have long beaten more socially acceptable crossovers, hands down. General Motors’ three-row crossovers — the Chevrolet Traverse, GMC Acadia and Buick Enclave — narrow that divide.

The Enclave combines outstanding utility with premium touches not usually found in such a roomy vehicle.

Introduced for 2008, the three-row Enclave (most expensive of the three GMs) seats up to eight. All-wheel drive is optional, and trim levels include the CX, CXL-1 and CXL-2. We tested a front-wheel-drive, seven-seat Enclave CXL-2. Click here to compare the 2010 Enclave with the 2009, or here to compare it with its Chevrolet and GMC cohorts.

Capable, Comfortable
In its first year on the market, the Enclave’s standard 3.6-liter V-6 felt so burdened by the crossover’s plus-sized weight — it comes in at nearly 5,000 pounds, much more than most minivans — it had a hard time generating good passing power. That’s not the case anymore. Aided by direct-injection technology, today’s Enclave has surprising pep. It moves out from stoplights and makes quick work of uphill on-ramps; the standard six-speed automatic upshifts smoothly and kicks down without too much delay.

With seven adults in our front-drive test vehicle, getting up to highway speeds took about all the power the Enclave could muster — but the V-6 was up to the task. All-wheel drive adds another 200 pounds, but short of a full passenger load, that extra weight shouldn’t bother the Enclave.

Though all crossovers employ carlike independent suspensions, that doesn’t always guarantee ride comfort. Buick has done a nice job here. Nineteen-inch wheels are standard, but even with my tester’s optional 20-inch wheels and P255/50R20 tires, the Enclave absorbs bumps and masks highway imperfections well. What’s more, it doesn’t come off feeling floaty and uncontrolled, which is a downside of many soft-riding SUVs, in the process.

At low speeds, the steering wheel turns with light effort and buttery smoothness. The Enclave has numb reflexes and plenty of body roll, but it points where you want easily enough. At highway speeds, the wheel has appropriately low assist and requires few corrections to stay on course.

Roomy, For a Crossover
With convincing faux aluminum trim, upholstered window pillars and plenty of low-gloss, padded surfaces, the Enclave’s cabin feels richer than any well-optioned minivan’s — not to mention its GM siblings. Roomy front seats, a high driving position and an easy-access third row, on the other hand, create a similar feeling: “It’s like a minivan in here,” one backseat passenger said.

Well, almost. The Enclave’s seven seats — eight, if you swap the second-row captain’s chairs for a three-seat bench — and 153 cubic feet of passenger space beat other crossovers but fall short of a Toyota Sienna or Honda Odyssey. That becomes apparent in the second row, where adults will find ample legroom but not enough thigh support. The captain’s chairs sit too low to the ground, and their narrow seatbacks could have larger passengers insisting on sitting up front.

Provided those in the adjustable second-row seats can scoot forward a few clicks, third-row passengers should have enough legroom. The bench seat sits very close to the floor, but so do most third rows.

Behind the third row is 23.2 cubic feet of cargo room, which ranks at the top of the crossover class. Fold all the seats down, and the Enclave’s 115.3 cubic feet of cargo volume is similarly impressive. See how it stacks up against a few competitors — as well as a minivan:

Safety, Reliability & Features
In front, side and rear-impact crash tests by the Insurance Institute for Highway Safety, the Enclave scored the top rating, Good. IIHS has yet to perform its new roof-strength tests on the SUV. Standard safety features include front, side-impact and three-row curtain airbags. Antilock brakes and an electronic stability system are also standard; click here to view a full list.

In nearly three years on the market, the Enclave’s reliability has been average — better than the Acadia but worse than the Traverse. The MDX and Lexus RX fare better; the XC90 and Audi Q7 fare worse.

At $35,515, the front-wheel-drive Enclave CX has family-friendly features like a power liftgate, dual-zone automatic climate control in front with manual rear controls, power front seats, and a CD stereo with an auxiliary MP3 jack and steering-wheel audio controls. The leather-upholstered CXL-1 runs $38,630, while the top-of-the-line CXL-2 runs $41,995. On any trim, all-wheel drive adds $2,000. Available features on higher trims include heated and cooled seats, a moonroof with a fixed second-row skylight, a navigation system, rear parking sensors and a backup camera.

Enclave in the Market
Though today’s minivans have enough options to spiral beyond $40,000, the market never really saw the need for a dedicated luxury model. Instead we have a collection of luxury crossovers and SUVs, many of which give up a big chunk of utility in the name of styling, performance or plain old opulence. The Enclave provides a compelling response to that: For a reasonable price, it combines near-minivan utility with entry-luxury quality. That’s a rare combination.

Do car shoppers want something like this? I’d say so. Enclave sales are up more than 30 percent in 2010, making it one of GM’s rising stars. Some areas — namely styling and cabin design — will impress less as fresh competition arrives over the next few years, but I suspect the Enclave’s inherent qualities will be harder to beat.

March 19, 2021
By Rashellh from Hastings nebraska
Owns this car

Junk period its junk. I have had so many issues And it only has 140,000 miles on it. It constantly breaks down. Timing now engine has a build up they are recommending a new motor.

Rating breakdown (out of 5):
9 people out of 10 found this review helpful. Did you?
Show full review
4.3

Love this car!!! Meets all my needs if not beyond! So happy!!!!!! Beautiful vehicle!!! My son is excited and proud of his Mom. Looking forward to taking a vacation in it. Thanks again.

I love my 2010 Buick Enclave. It's the most beautiful and comfortable car I've ever owned. At 111,000 miles, she's still going strong. Very few expensive problems over the years. If I had it to do all over again, I'd buy the very one I drive. I pray she has many more years. She looks exactly like the newer models. I take care of her and she's taken car of me. Her diamond white exterior is beautiful, as is her soft, white leather interior. Polished wooden steering, gear shift, dash and doors. Thank you, Buick, and for Brian Wyatt who sold her to me!

Rating breakdown (out of 5):
8 people out of 8 found this review helpful. Did you?
Show full review
See all 65 consumer reviews

All model years for the Buick Enclave 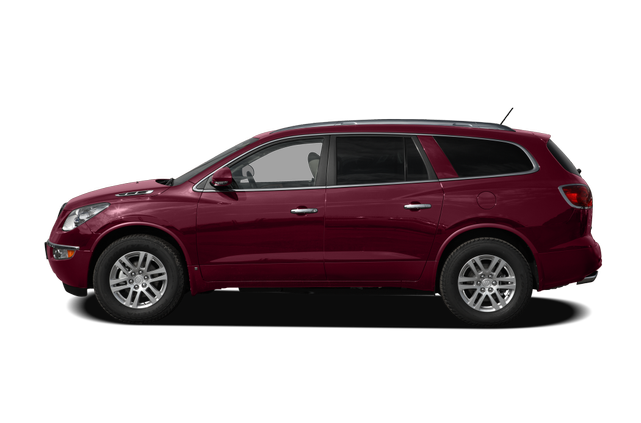 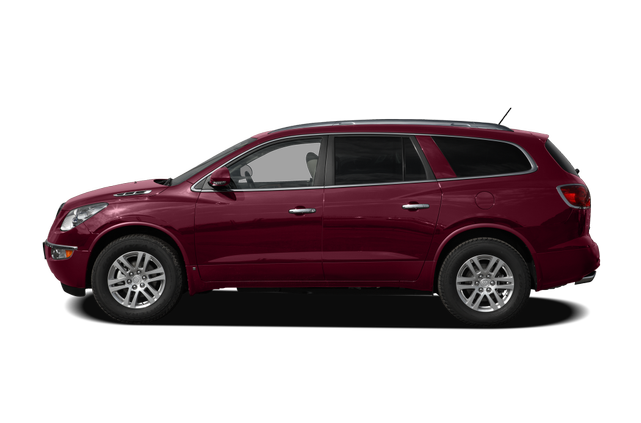 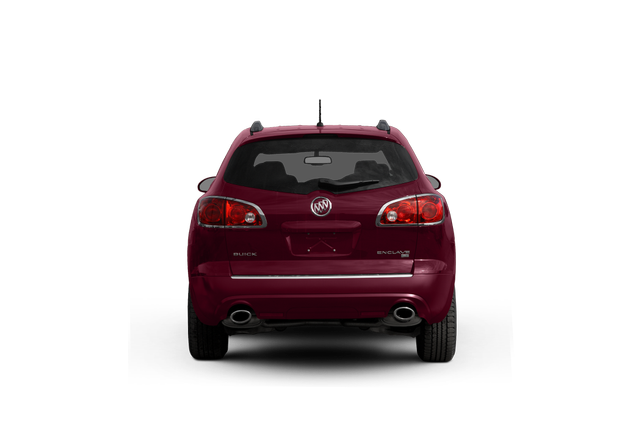 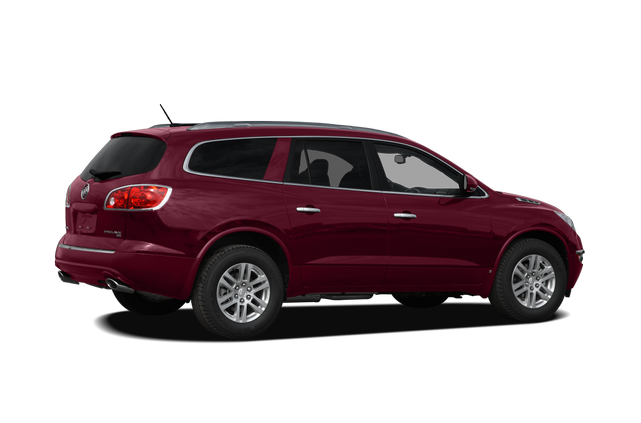 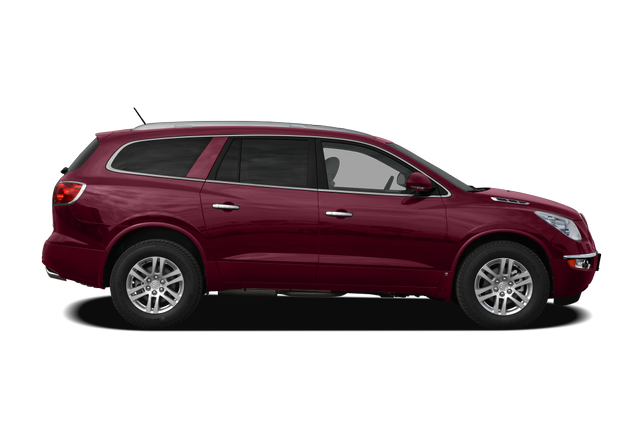 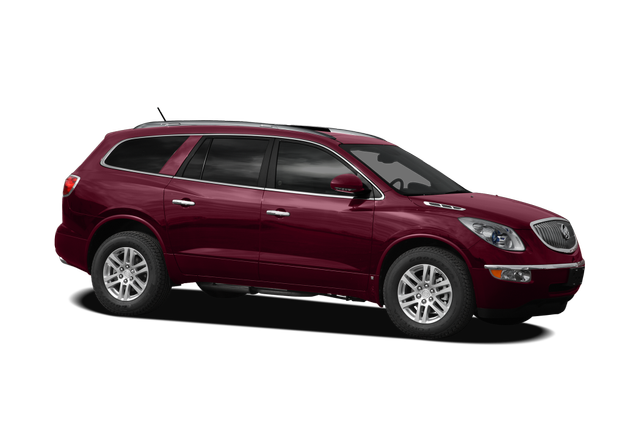 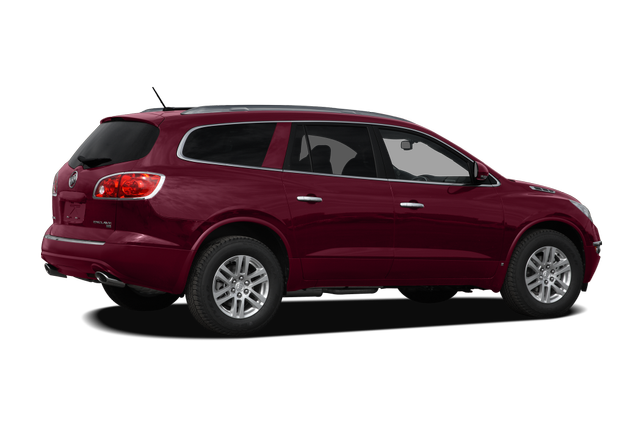 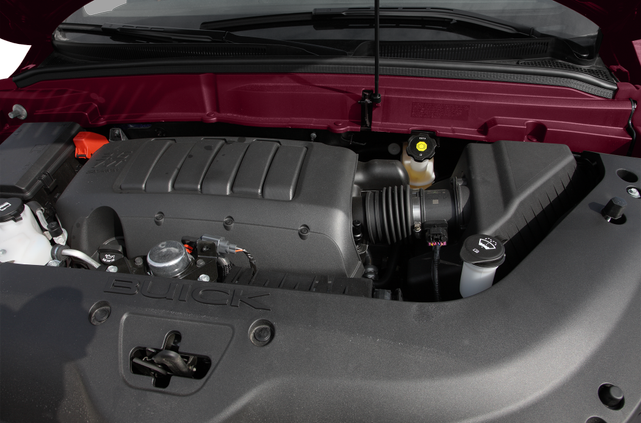 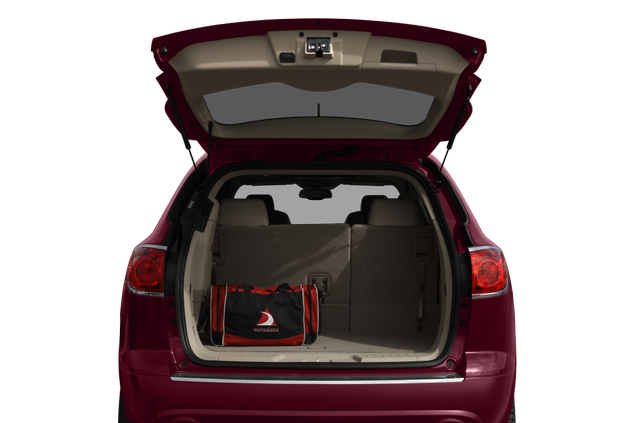 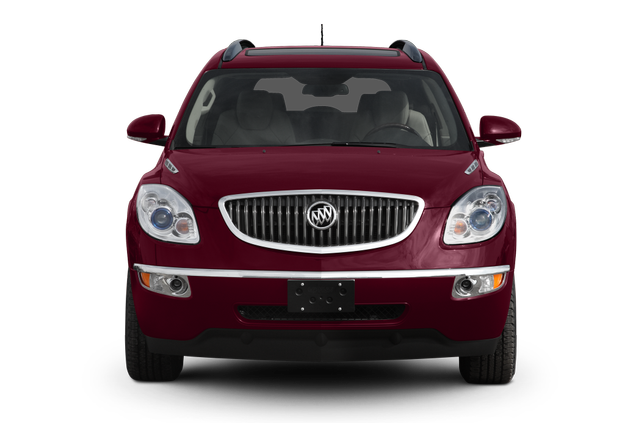 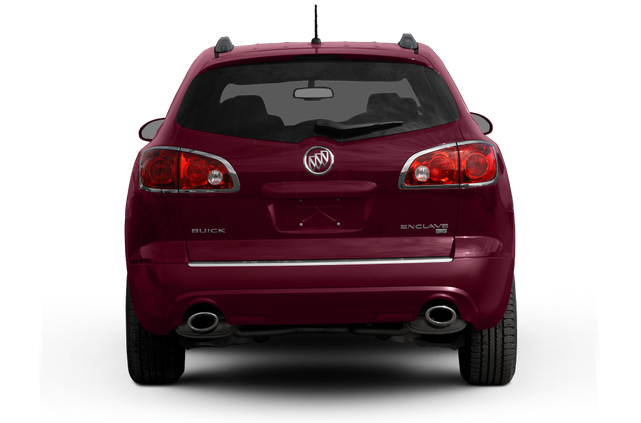 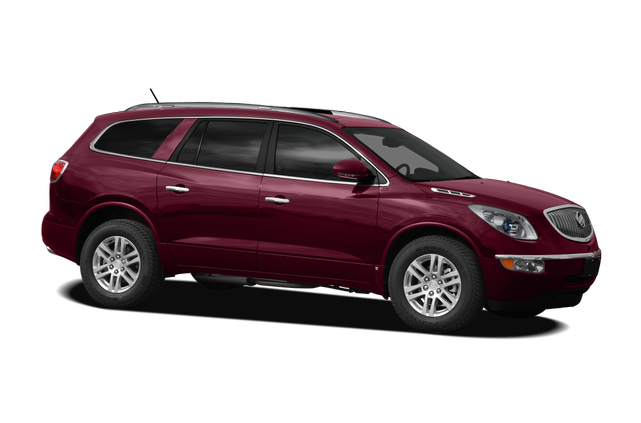 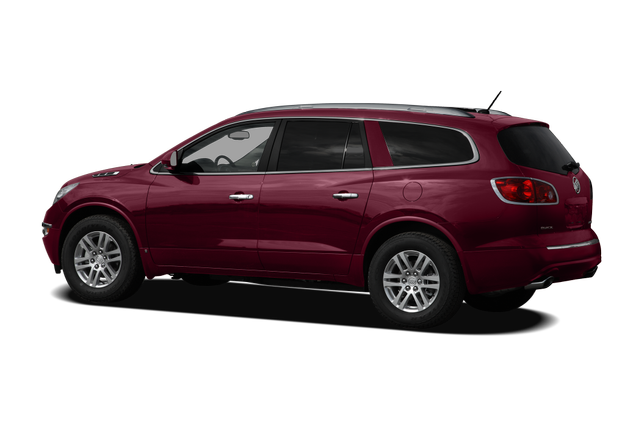 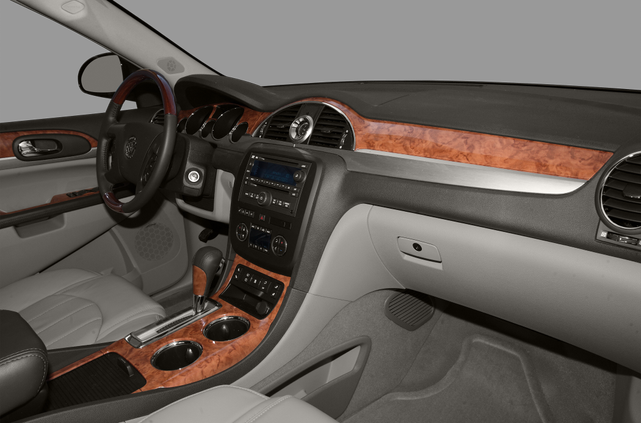 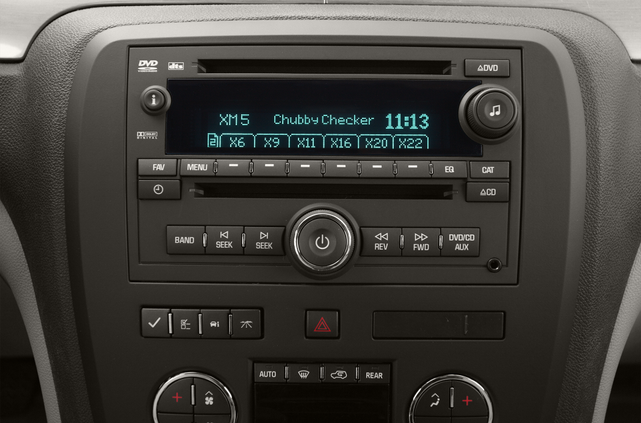 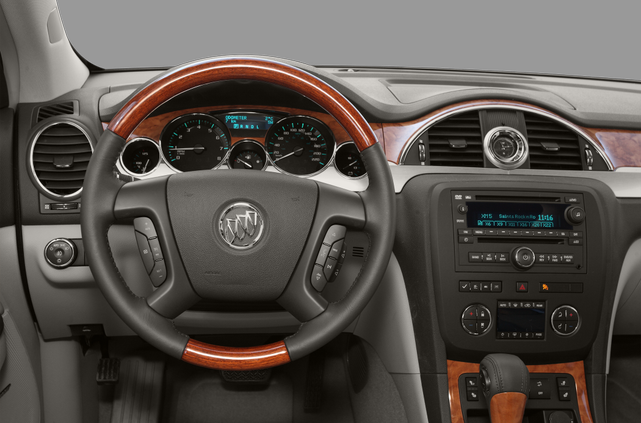 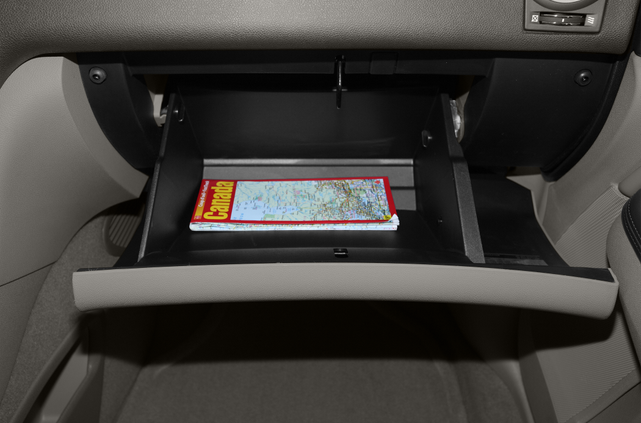 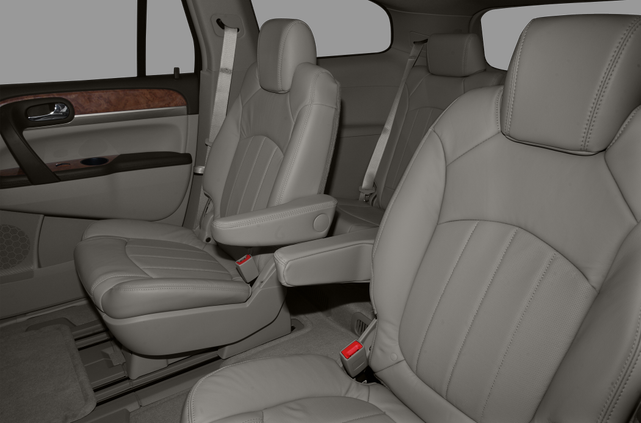 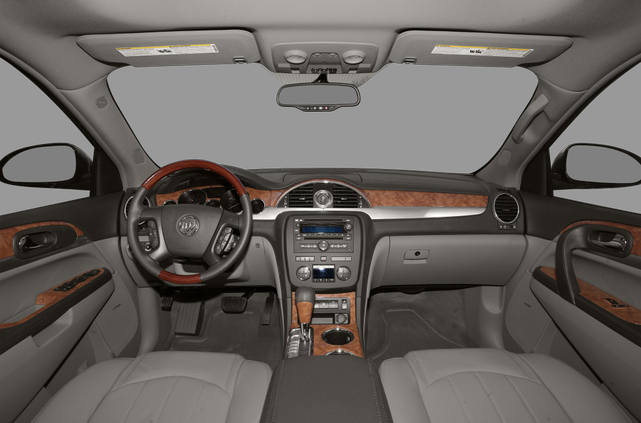 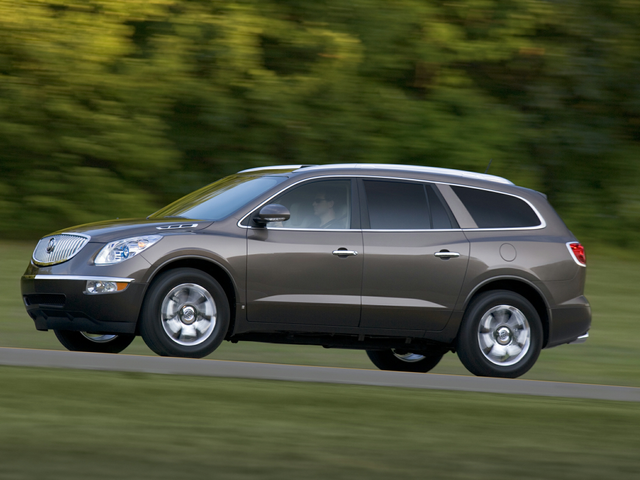 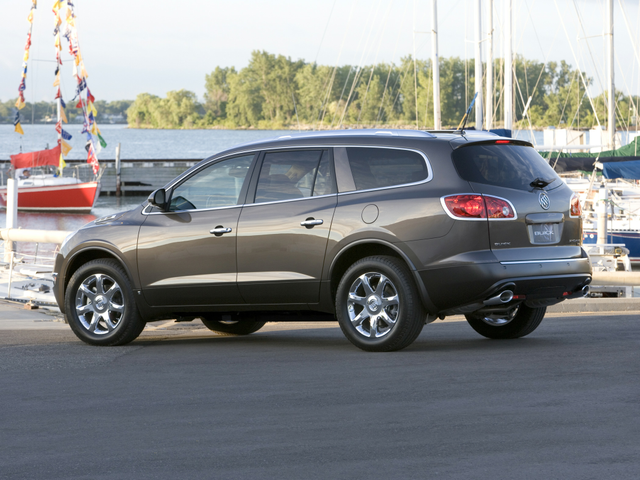 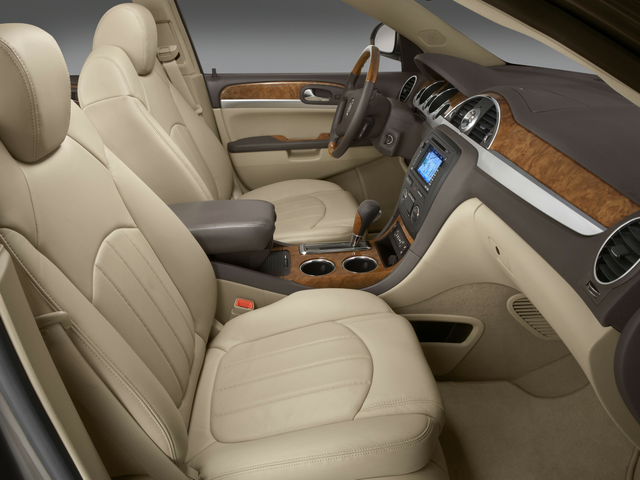 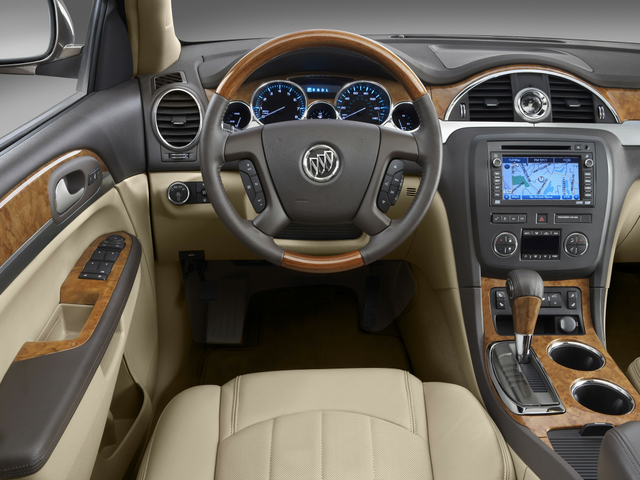