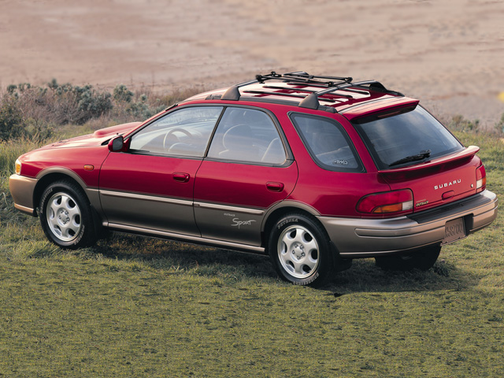 Our 2001 Subaru Outback trim comparison will help you decide.

If you said about $7,000, congratulations, you most certainly have a mind that gets to the bottom line very quickly. For those who want to know what that extra $7,000 gets you, read on.

This side-by-side comparison presented quite a challenge because I rank the Subaru wagons at the top of the segment. Subaru just has this segment down, and all-wheel drive across the board only sweetens the deal.

My test started with the top-of-the-line 2001 Subaru Legacy Outback H6-3.0 VDC, which starts at 31,895 (the tested model went for $32,390 with the destination and delivery charge). Now that’s a lot of money to pay for a wagon, even one with a sport-utility-vehicle-like ground clearance of 7.3 inches.

Fortunately, Subaru has stuffed a lot into the deal.

The alphabet soup of the H6-3.0 VDC is explained in part by the engine — a horizontally opposed six-cylinder job containing three liters and dishing out a decidedly enthusiastic 212 horsepower. VDC stands for Vehicle Dynamics Control, Subaru’s language for the stability and all-wheel traction system.

Without getting too technical, the VDC and AWD and Subaru’s VTD (that’s for “Variable Torque Distribution”) combine to make the Outback go like blazes. I was blowing away assorted coupes and sedans in a wagon — a veritable suburban warrior.

On the quieter back roads of Yolo County, I also discovered that it’s virtually impossible to make the Outback’s 16-inch all-season radial tires lose contact with the road — even on the sharpest corners. Actor Paul Hogan (also known in the movies as “Crocodile Dundee”) does some aggressive promotion of the Outback’s performance capabilities, and his stock just went up in my house.

Inside, the Outback was dressed up with what one would expect from a $32,000 purchase. The package included dual power moonroofs with sunshades, heated front seats and exterior mirrors, front seat side-impact air bags, wood and leather surfaces and a splendid McIntosh audio system with seven speakers and an in-dash CD player.

Gas mileage also was admirable, given the pop of the six-cylinder motor — 20 miles per gallon in the city and 27 mpg on the highway.

Although some would grump that $32,000-plus is too much to pay for a midsize wagon, there’s something to be said for a luxurious wagon that’s nimble on the open road and capable of performing in the back country — as opposed to paying, say, $40,000-and-up for an SUV that does the same thing, while drinking more gasoline, which is quickly on its way to becoming the liquid of the rich and famous.

My only complaint with the Outback H6-3.0 VDC was being confused over what to call the thing. Subaru’s own literature rarely uses the “Legacy” name with the vehicle, even though it’s right there on the sticker. And the vehicle is alternately called an Outback Wagon, an Outback, a 3.0 wagon, an H6 or an H6-3.0.

Starting with the Outback H6-3.0 VDC wagon was a mistake, of course. No matter what, getting into the 2001 Legacy GT wagon felt like a letdown.

Not nearly as luxurious as its Outback cousin, the Legacy GT’s horizontally opposed 2.5-liter, four-cylinder engine felt comparatively anemic after riding around in the six-banger.

Then, a funny thing happened. I noticed that the four-cylinder engine was generating some serious punch getting away from intersections where punch was needed. Once the revs were up, the Legacy GT was positively robust in traffic. I normally feel undressed with a four-cylinder engine, but this one started to grow on me.

Call it the all-wheel drive difference.

The AWD feature made the engine feel more like four-cylinders and an asterisk — with the asterisk desi ating a security-inspiring boost in handling.

Once the ride felt better, other things started feeling better.

Look up and there’s another pair of power dual moonroofs on the ceiling. The Legacy GT wagon’s mileage rating was 22 mpg city/27 mpg highway. My numbers, however, came out to a more-economical 24/29. The interior felt roomy and comfortable, even from the back seat.

All in all, the Legacy GT stacked up as a pretty fair AWD wagon with a $23,795 starting price ($25,336 as tested, including an optional automatic gearbox, a modest equipment package and the destination/delivery charge).

The bottom line is that the Legacy GT wagon really has most of what a wagon-lover craves, and the Subaru dependability numbers in this segment have been good. Obviously, the Outback H6-3.0 VDC wagon is a comparative luxury liner, and it’s priced that way.

The Outback model seems better suited to the customer who walks into the dealership and says, “I want the absolute best wagon I can get, and I don’t really care how much it costs.”

For those who simply want a wagon that will make the commute to and from work and then carry the recreational load on the weekends, go with the Legacy GT.

Love is driving a car and feeling like you are truley driving it. If you feel like you are just being moved by body then you are not really driving a car. You have to feel the acceleration and the crves and hills. I have towed this car all across the lower 48 and driven it back. I am over 280,000 and have lived in it for weeks at a time. I transport Trucks around the country and tow this behind. Then use it to go to the next truck or motorhome. Weather has never been a problem. Great Fuel Mileage and comfortable at any speed.

You can't go wrong with a Subaru - Outbacks rule!

January 6, 2020
By AlexisH from Richmond, CA
Owns this car

This car is so reliable and in great shape even at 19 years old. Fun to drive and handles the Bay Area hills like a champ. My last Subaru lasted 300K miles, and I fully expect similar longevity from this Outback. There is so much cargo space - I totally see how some people use these cars for extended camper travel!

September 13, 2019
By Tigger from Boston suburbs
Owns this car

I bought my outback in January 2001. It is 18 1/2 years old!! And well maintained. Looks and runs beautifully. It has taken us on many vacations thru the years!!! 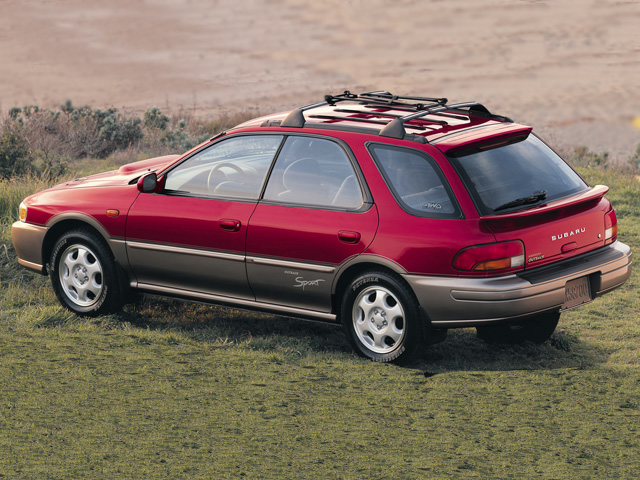