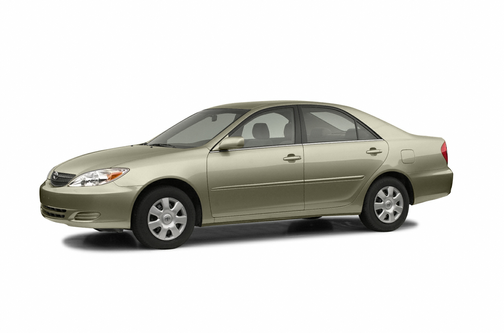 Our 2002 Toyota Camry trim comparison will help you decide.

Toyota Camry occupies an important place in the automotive landscape: the Comfort Zone.

Here is where core values of reliability, practicality and quality reign, where owning an automobile is more about rational transportation and less about extending one’s ego.

In the Comfort Zone, Consumer Reports prevails over Road and Track, and a family sedan that rides like a cloud is preferred over a sports sedan that performs like a race car.

The Comfort Zone has resulted in sweeping success for Camry, the most popular automobile in the United States for three out of the past four years.

But now, with the first all-new Camry in 10 years, Toyota says that’s not enough. Camry has to move people in more ways than just physically.

The fifth-generation Camry, Toyota says, “moves from sensible to sensual.” Those are scary words in the Comfort Zone, revolutionary even.

And, like most pieces of automotive propaganda, wildly overstated.

The new Camry may be bigger than the old Camry. It may have better driving characteristics, a nicer ride and more pleasing bodywork. But sensual? Please. We’re talking about Camry here, not Lamborghini.

So why would Toyota endanger Camry’s rule in the Comfort Zone with something as non-sensible as sensuality? Because just like Buick and Mercury, Toyota is coping with an aging constituency.

Toyota’s market base is not as geriatric as Buick’s, but the average age of its owners hovers uncomfortably north of the 50-year mark. So Toyota is trying to lure younger drivers into its midsize sedan.

Carrying all that marketing baggage and divergent expectations, the test Camry arrived as a well-equipped SE model with a new four-cylinder engine and five-speed manual transmission, reasonably priced at $20,310 with about $2,300 worth of options added onto that. The SE is the sportiest Camry, with firmer suspension, more-responsive steering and tauter handling than the base LE or cushy XLE.

The new Camry is thoroughly likable and, at least in SE guise, not nearly as boring or generic as the last generation. Handling and road feel, which in the past were rather mushy, seemed more on the mark.

The new four-banger is lively enough with a respectable 157 horsepower, enough to motivate this just-over-3,100-pound car, helped out by the smooth five-speed.

Under acceleration, the four is reasonably quiet and vibration-free.

A V-6 is also available for the SE, cranking out 192 horsepower. That engine comes only with automatic, which in this sporty model is sure to disappoint driving enthusiasts who want the power of the V-6 and the control of stick shift.

Camry’s highway manners are quiet and refined, the four-cylinder settling down to an unobtrusive hum, with little wind roar or tire noise.

The interior is roomy and nicely functional, though somewhat bland. There’s plenty of legroom, headroom and hip room in front and back seats. The gauges and controls are simple and straightforward, though not really special enough to attract that younger demographic.

The exterior styling is sharper and less formal than the previous model, with a well-fed look that emphasizes its increased dimensions.

The SE comes standard with a solid range of power and convenience features, including power windows, cruise control, stereo with CD and leather-wrapped steering-wheel rim and shift knob.

Options on the tester included two important safety items: antilock brakes at $300 and side-curtain airbags front and rear, $500. There were also an $875 package of keyless entry, power driver’s seat and upgraded stereo system; 16-inch aluminum wheels with performance tires, $410; floor mat set for the interior and trunk, $179; and delivery fee, $455.

Toyota pulled a neat trick with Camry, redesigning it from stem to stern while staying within the Comfort Zone. All around, a successful upgrade of the perennial favorite that could even attract some (slightly) younger buyers.

Even so, Camry’s own comfort zone could be invaded soon by a strong challenge from archcompetitor Honda Accord, which has been revamped for 2003.

No stick shift with V-6.

His 2002 Toyota Camry LE has only 43, 500 miles on it. Despite no garage or Carport, there is no rust. The leather interior is far superior to my BMW. It purrs like a kitten!

December 13, 2020
By Toyota lover from Morgantown, WV
Owns this car

Meets all my needs,fuel economy cold be better, but for an old car with a durable 4 speed automatic I’ll take it. Very comfortable, with a good ride. The car handles very well for one with a softer ride.

This is the most reliable and perfect car I had.

November 21, 2020
By Eric from Schaumburg
Owns this car

I loved this car so much. I wish I don’t have to sell it because the performance is great but there are brakes issues since there is a lot of usage from a long time.

Rating breakdown (out of 5):
16 people out of 19 found this review helpful. Did you?
Show full review
See all 95 consumer reviews 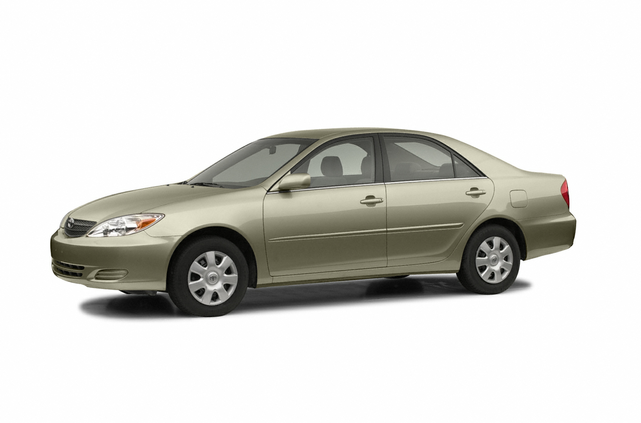 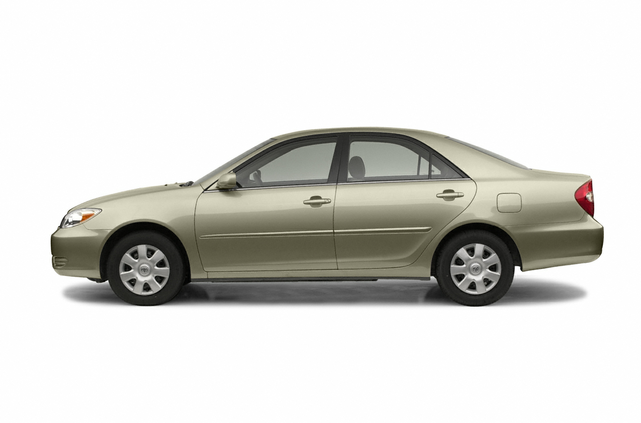 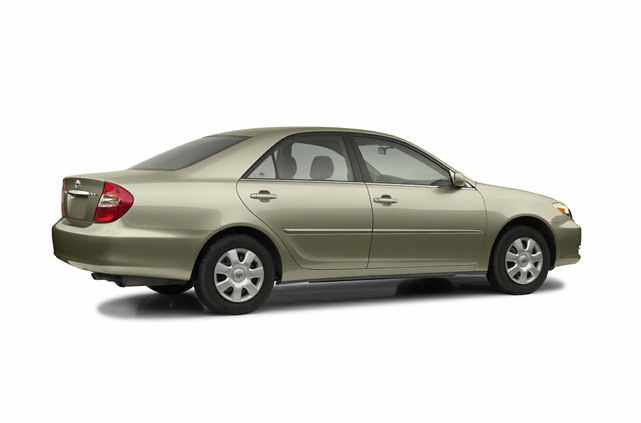 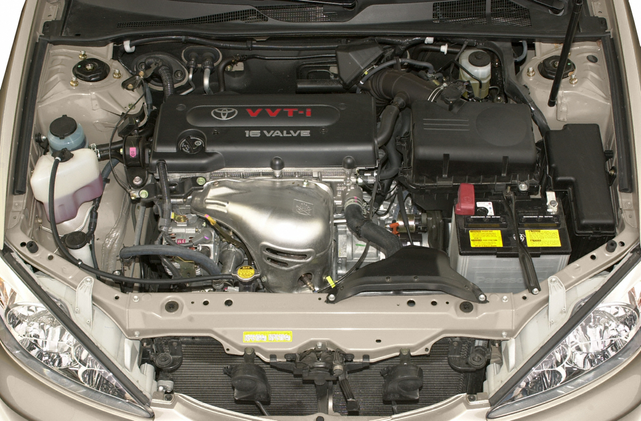 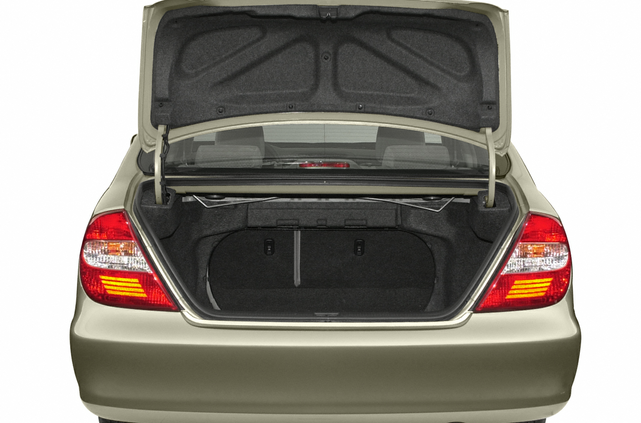 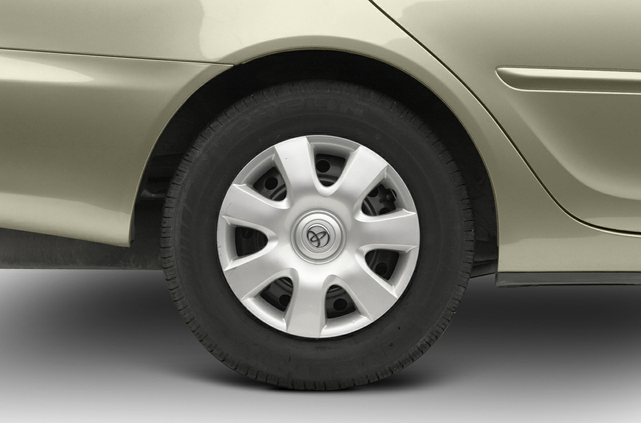 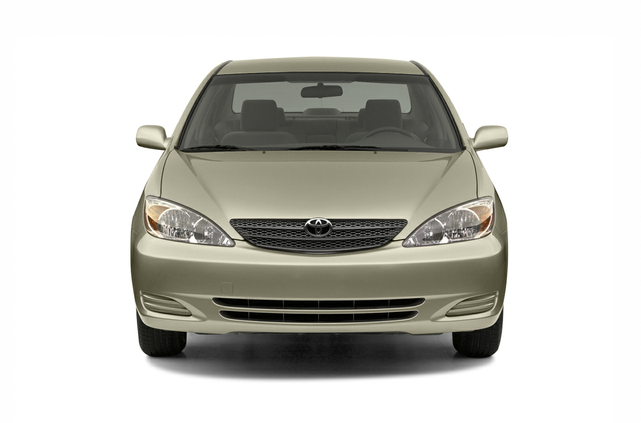 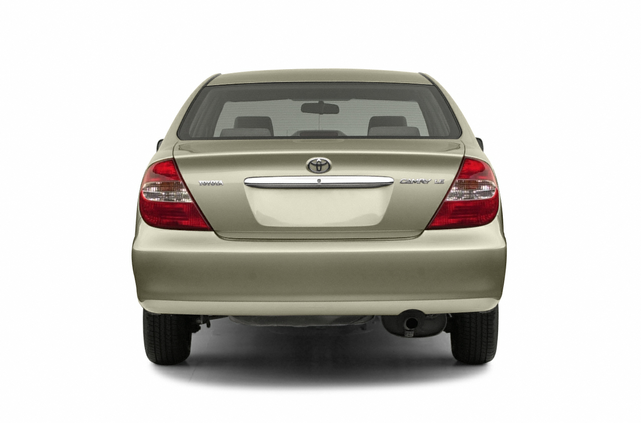 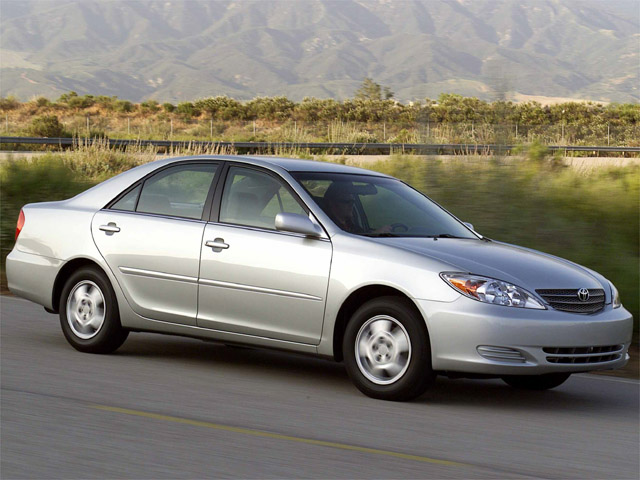 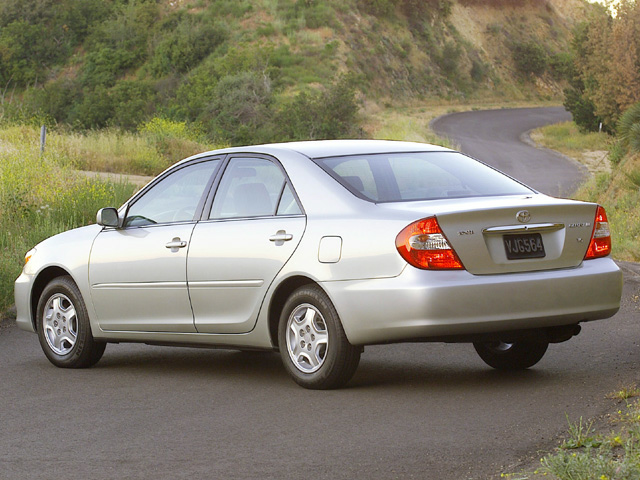 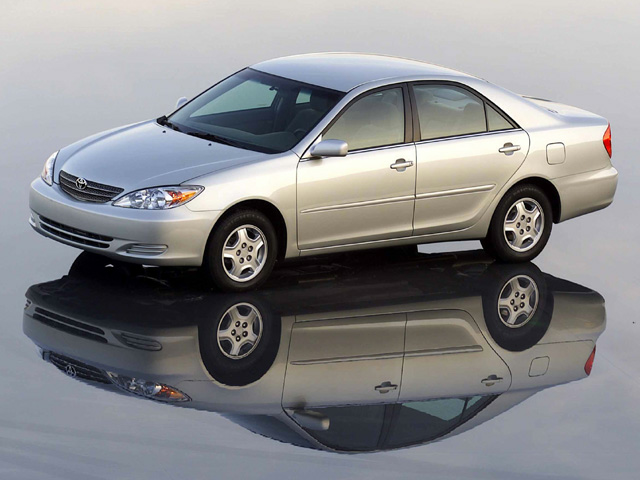 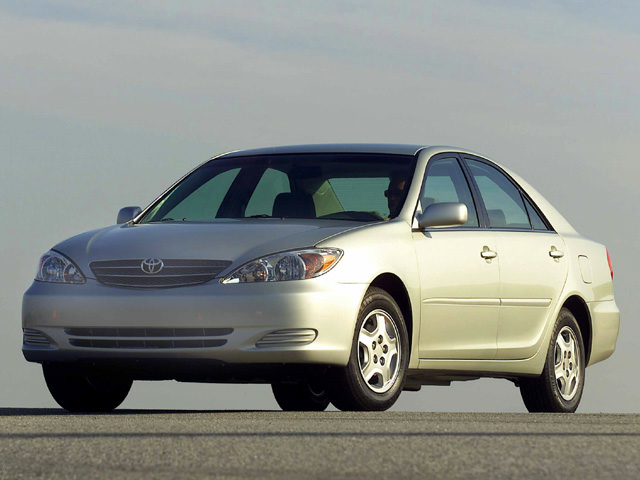 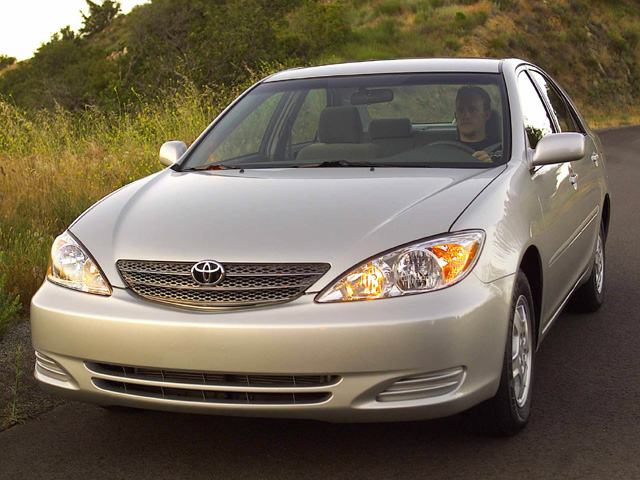 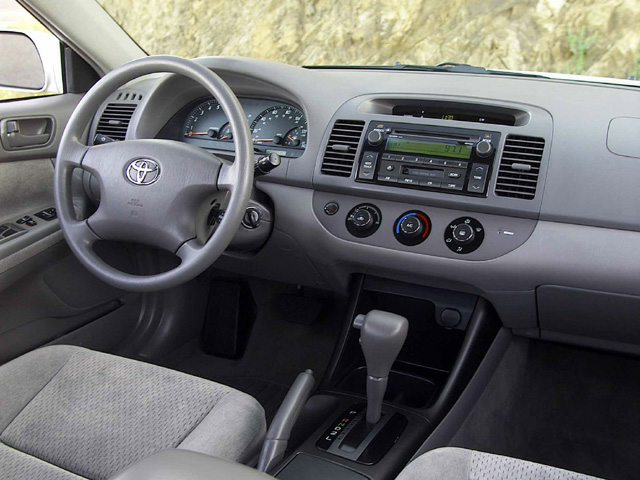 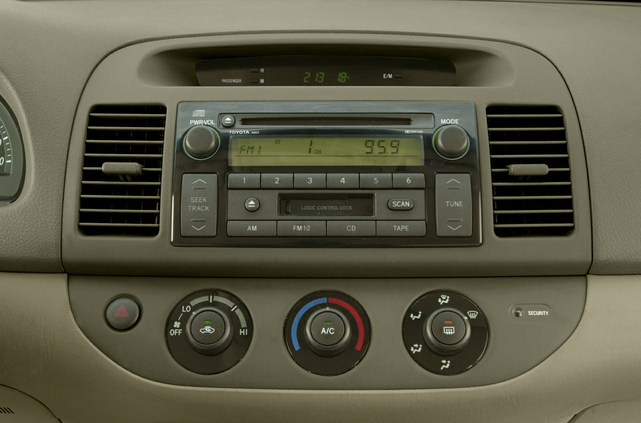 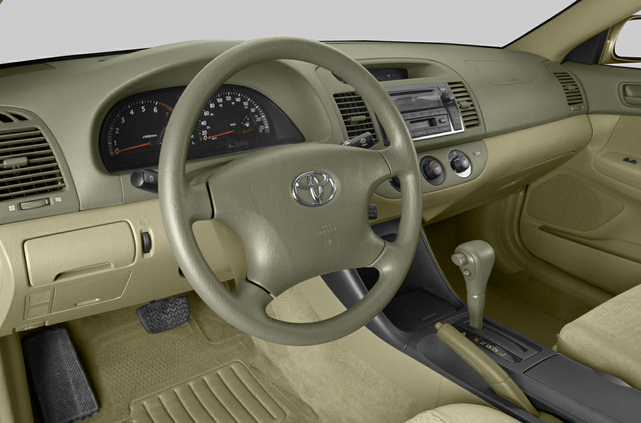 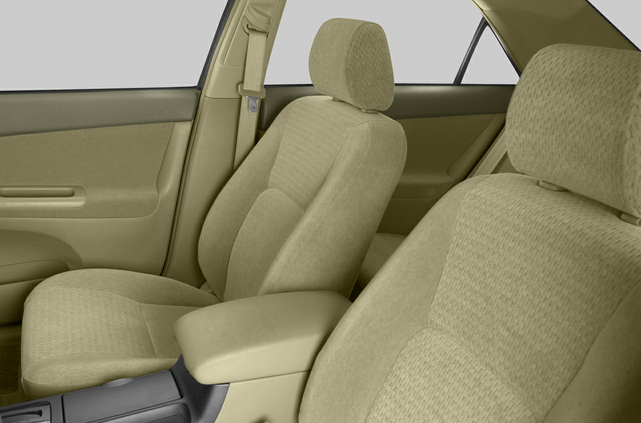 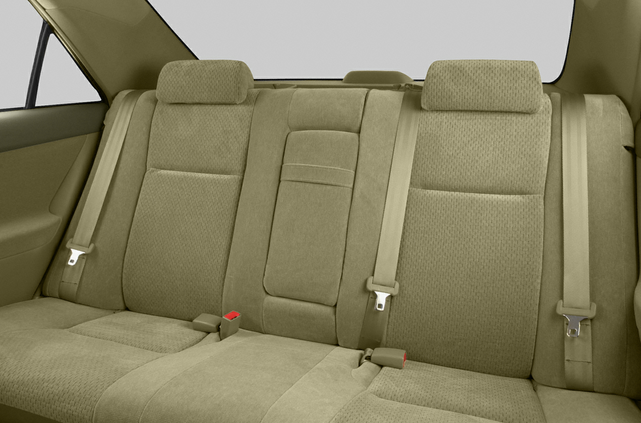