Our 2001 Chrysler Voyager trim comparison will help you decide.

You have my blessing to buy a Chrysler Voyager minivan. But you have to promise me one thing: If it comes with the same tires my tester did, you will make arrangements either with the dealer or your friendly neighborhood tire store to get some decent rubber on it – immediately. I want you to keep dropping into Cafe Al every week.

Most tire dealers are pretty accommodating and will let you bring in virtually unused tires and trade up to something better for a nominal fee plus their mounting and balancing charges. Believe me, in this case, the expense will be justified. It has been a long time since I’ve had such a scare as I had in the test Chrysler Voyager, which wore 215/70/R15 Goodyear Integrity tires.

Everything seemed fine until the day it rained. As always, I welcomed the chance to assess the vehicle’s performance under low-traction conditions. On dry streets, it had performed well, although my notes did suggest that it would have benefited from 16-inchers. The 15s with which it was fitted squealed and lost traction when pushed a bit in corners, but were okay if I drove as a mom with precious cargo would (or should).

On my first rainy-day outing, as I merged onto a highway from a side street, I was surprised to get some wheelspin, given the paucity of power available. I immediately went back to the side streets and tried some slalom and braking exercises. It was like bald tires on ice.

From that point on, I proceeded with unusual caution. Nonetheless, climbing a modest grade paved rather decently with asphalt, the van could barely make headway, so badly were the front wheels spinning, even with moderate throttle pressure. Later, I could feel skids beginning even at cautious speeds, again on fairly smooth asphalt. (Yes, I had checked tire pressures before setting out and they were on spec.) Up to that point, I had been prepared to give the Voyager (clone of the Dodge Caravan) very high marks. I still do, with that major, CAPITAL LETTER, caveat.

A month ago, I wrote about the top end of the current crop of DaimlerChrysler minivans, an all-wheel-drive, extended-wheelbase specimen. I had also requested one from the other end of the price spectrum, wanting to see what they could show me when price was very much an object. Chrysler dealers now sell the erstwhile Plymouth Voyager (the division having been axed) and the Chrysler Town & Country. The Voyagers, offered as base and somewhat fancier LX series, are the standard-wheelbase machines, while the Chrysler-labeled products are all extended-wheelbase.

The difference is not all that great. Standard wheelbase, 113.3 inches; extended, 119.3. Standard overall length, 189.3; extended, 200.6. The extra length, as you might divine, is used for the cargo area aft of the seats. The standard model, with seats removed, can hold 127 cubic feet, about eight times as much as a mid-sized car’s trunk. Both short- and long-wheelbase models are said to accommodate up to seven people. My idea of hell would be to put that to the test on a family vacation, although it could be done with compact, narcotized rugrats.

Base price on the machine I tested was under $20,000. It nonetheless came with air conditioning, tinted glass, seating for five, four-speaker AM-FM-cassette stereo, removable seats, power taps and multi-stage front air bags.

It looked austere neither outside nor in. The interior features oceans of plastic, of course, but it is done in a variety of shades and textures for an overall pleasing effect. Basic ergonomics were sound, with everything placed sensibly and of a size and shape as to be easily used.

So what is sacrificed on the altar of thrift?

The tester had a sliding door for the left-side passengers and a fold-out door on the right side. The slider moved easily, even against a slight grade. The power version is way cool, but an unnecessary extravagance.

Similarly, who NEEDS power window lifts? With air conditioning, there’s not t much need for them, although one could wish for a better-placed handle and an easier cranking mechanism. I did miss, however, remote keyless entry, if only for the ability it confers to lock all the doors remotely. That was a great pain, and it would be far too easy to forget one, I think. At $315, this option isn’t a budget-buster. It’s also available as part of a package that includes a desirable rear-window washer and defogger.

I feared the biggest area of sacrifice would be the powertrain. In a two-ton vehicle, a four-cylinder engine and three-speed automatic could be a prescription for misery. I must confess, it was not nearly so bad as I had imagined.

The engine is a brawny 2.5-liter with 16 valves and double-overhead cams. It has wisely been tuned more for torque than horsepower, making 167 foot-pounds at 4,000 rpm. The power peak of 150 hp comes at 5,200. It is quite content with regular gas.

So equipped, the Voyager didn’t feel zippy, but neither was it agonizingly slow. Launch feel was good, and allowed highway merging without too much anxiety, given a bit of planning. This of course, with only my wraith-like self aboard. In my estimation, it would do nicely for a soccer mom transporting a couple of young ‘uns hither and yon. Don’t even THINK about towing with this combo, and if you’re carpooling with a bunch of adults, plan on moving up. For about a grand more, you get a 3.3-liter overhead-valve V-6 and a four-speed automatic, which would be much more satisfying for other than suburban duty. The six-holer makes 180 hp and 210 foot-pounds, significant increments.

Handling of the Voyager was, aside from the limitations imposed by the tires, quite good, with a fairly direct steering feel and a willingness to adhere to a selected course on the freeway without excessive correction.

Ride quality was quite good, even when the surface was not. The vehicle was impressively tight, with a solid feeling and no discernible rattles or buzzes. Noise level at 70 mph was moderate – but that was without kids on board.

The stereo system was decent for a standard-equipment item. The only step-up option is a version with a CD player.

The brakes did a good job of reducing speed, although, lacking the $565 antilock option, they were quick to lock up, with a bit of slewing, in panic-stop simulations.

EPA estimates are 20 mpg city, 24 highway. My 21.7 was surprisingly good under the circumstances.

The National Highway Traffic Safety Administration has crash-tested a 2001 Voyager. It garnered four stars (on a five-star scale) for driver and co-pilot protection in frontal impacts, and four stars for front passengers, five for rear passengers, in a side impact. And that was without the optional side air bags. The Insurance Institute has not subjected a standard-wheelbase Voyager to its offset barrier test. The extended-wheelbase version got poor marks, but it would be inappropriate to extrapolate.

I feel more confident , though, in looking at their tests of Grand Caravan bumpers, which should be essentially the same as Voyager’s. In their series of four 5-mph tests, repair costs came to an appalling $4,227. Only the Mazda MPV did worse – $5,113. A Honda Odyssey (’99) was best in class, with damage totaling $1,100. Pity these delicate machines don’t come standard with the sonar sensing systems elsewhere available.

The test machine had supplemental side air bags, $390, and front and rear floor mats, $90, for a total, with freight, of $20,280. That’s a super value, even if you spend a couple hundred on replacing the tires. (Check www.tirerack.com – their customer surveys show far better wet traction for the Goodyear Aquatread 3s, which they sell for only $15 per skin more than those Integritys.)

Payments on the tester would be $411, assuming 20 percent down, 48 coupons and 10 percent interest. Edmunds does not yet have enough data to suggest a bargaining price, but, with more than $1,000 betwe ticker and invoice, there may be some wiggle room – at least enough to get you decent tires.

October 19, 2017
By Familyfun from Philadelphia
Owns this car

I own the car for only 4 years. But since the first moment I feel in love with it. It's nice and has big interior design. It's a reliable car for the whole family. It was exactly what I was looking for at the moment.

All in one vehicle

and you can carry more items, than most pickup trucks. I love how well it handles long trips. I truly love this vehicle.

The Most Reliable Vehicle I ever own

I have had this vehicle for 14 years , the vehicle preforms well. strong engine and very reliable This is the best vehicle i have ever owned,I give A +, and some rating , this vehicle well deserves it.

Rating breakdown (out of 5):
2 people out of 2 found this review helpful. Did you?
Show full review
See all 5 consumer reviews

News
On National Name Your Car Day, We Share Our Auto Aliases 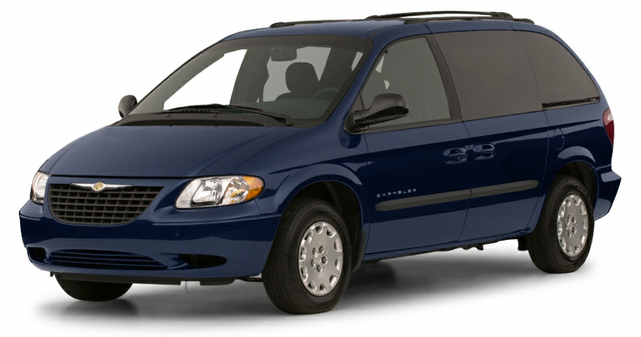 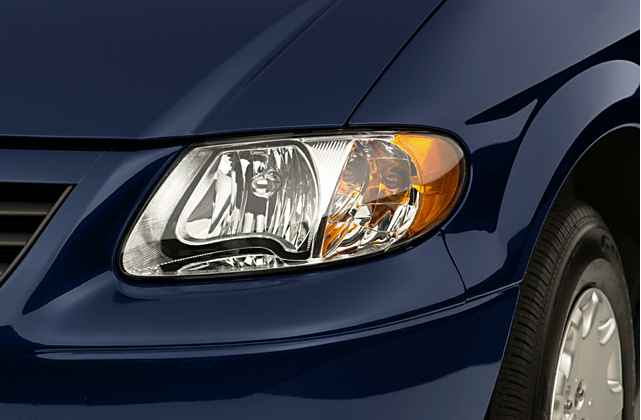 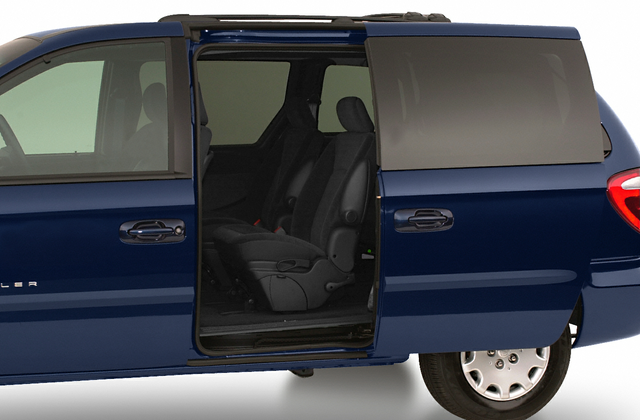 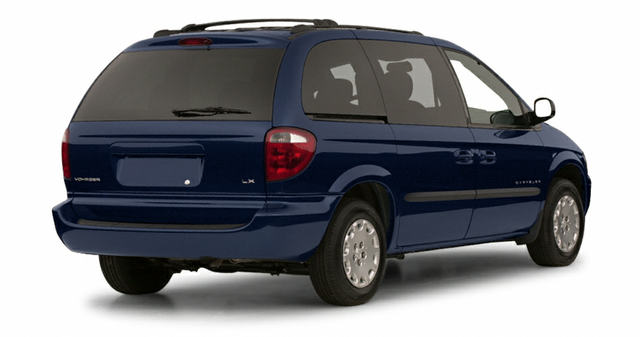 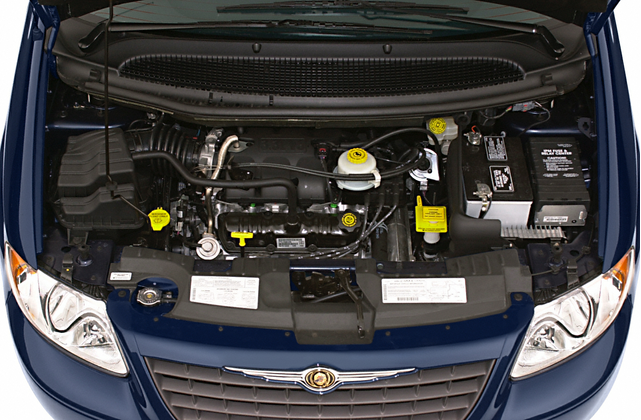 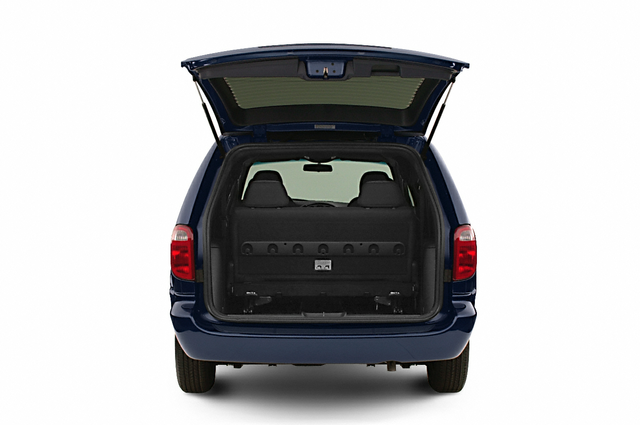 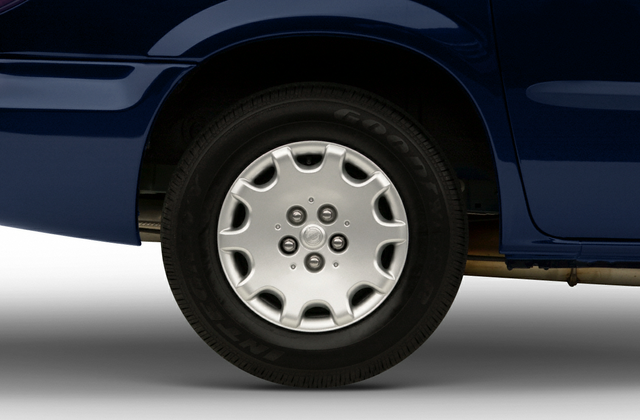 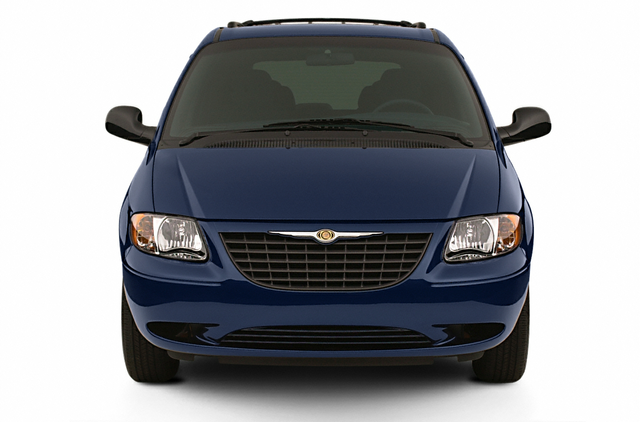 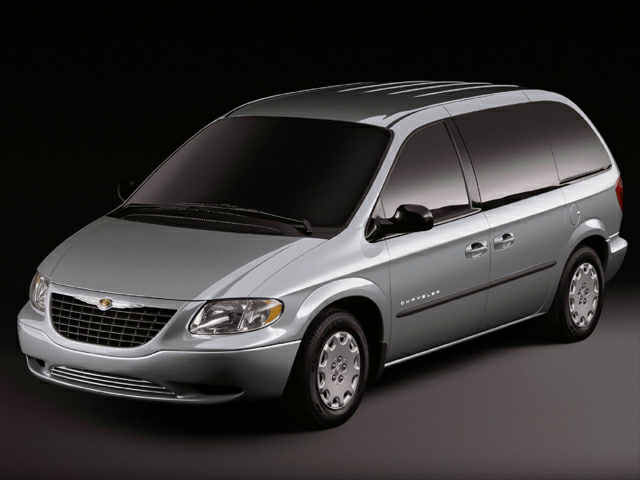 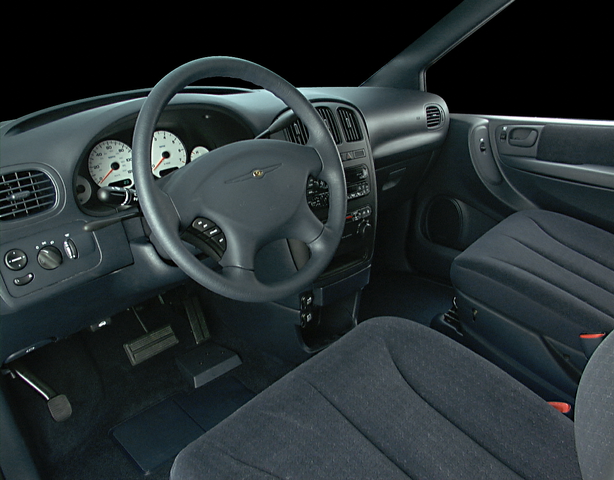 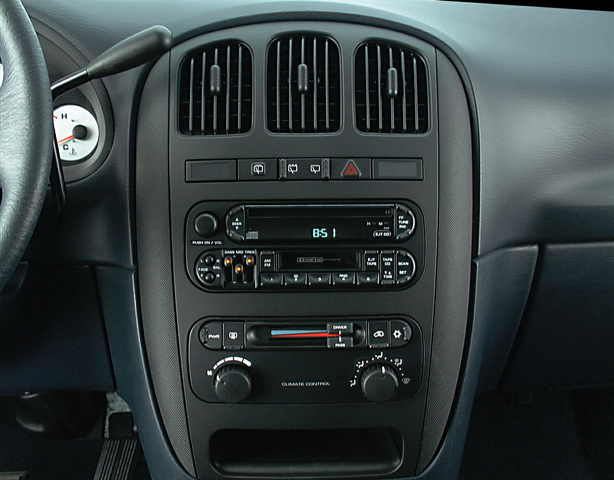 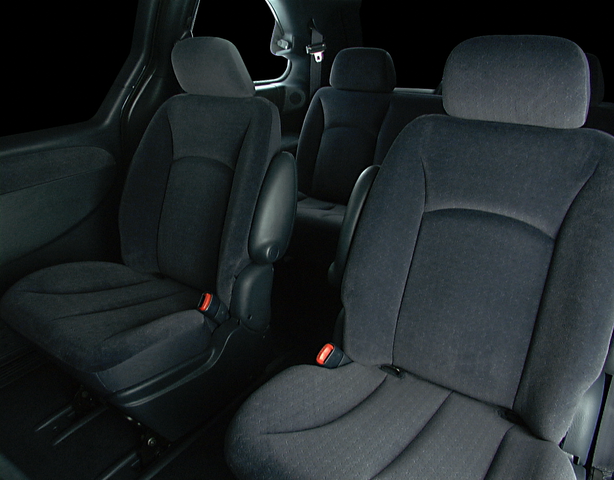 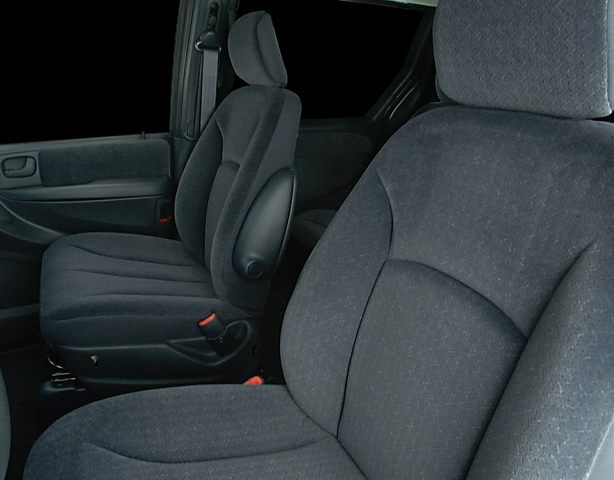 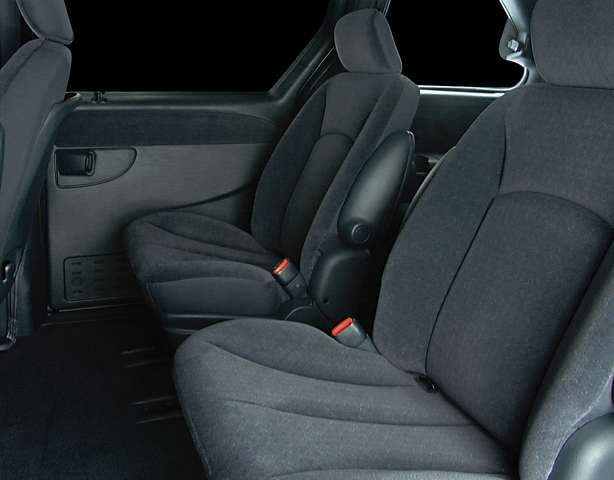